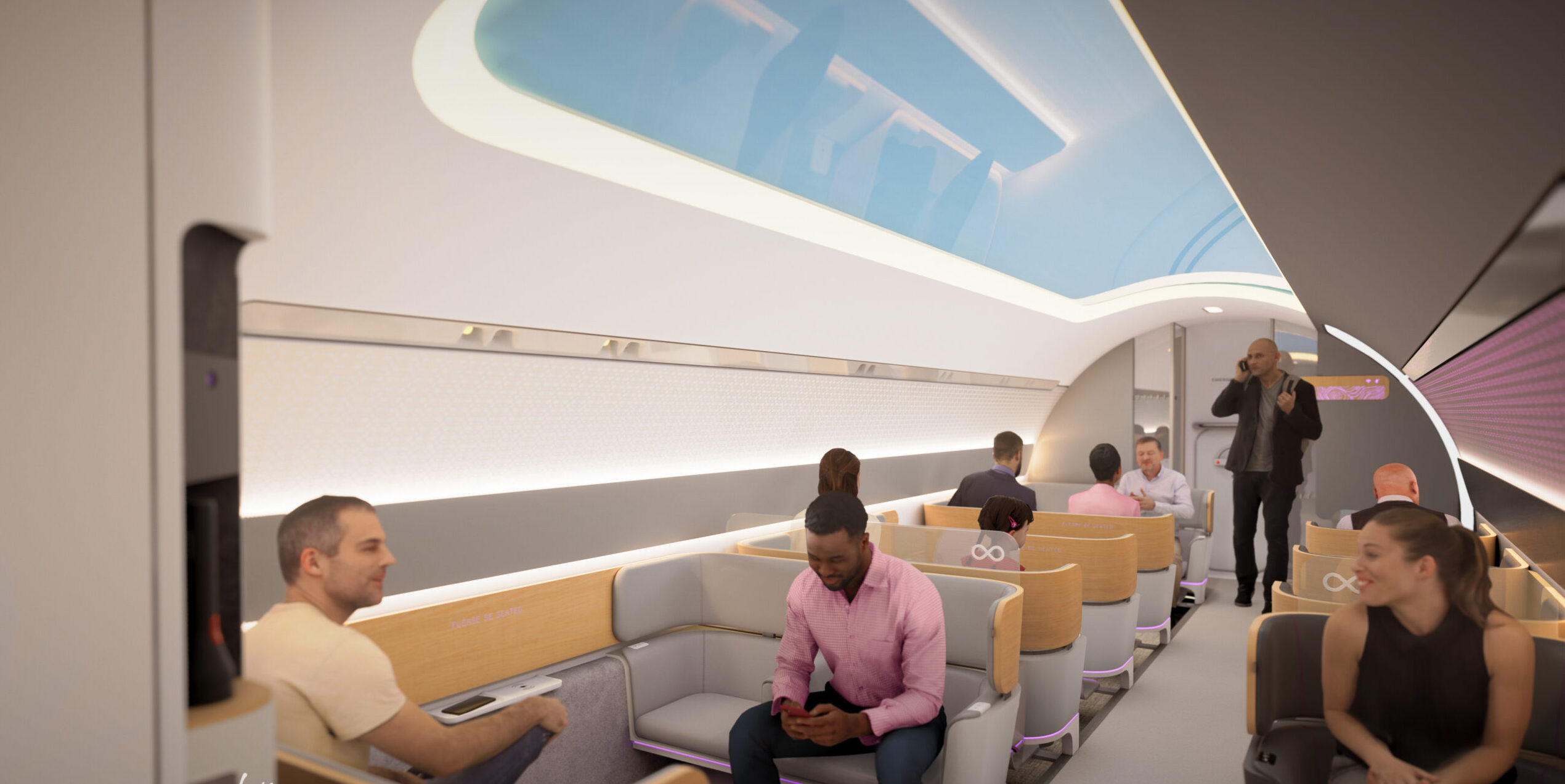 Virgin Hyperloop unveils vision for the future of mass travel

By 2030, Virgin Hyperloop could be whisking people between cities in a matter of minutes – rather than hours – in its futuristic pods. Rose Dykins reports

Virgin Hyperloop has shared a glimpse how its groundbreaking mass-transit technology could transform inter-city travel by 2030.

Reaching speeds of up to 670 miles per hour, Virgin Hyperloop is powered by electromagnets that push carriages – or pods – through a vacuum tube, which eliminates the air resistance experienced by other modes of transport.

It means it will be possible to transport passengers between cities in a matter of minutes rather than hours. A trip from London to Edinburgh would take just 45 minutes, while the journey between New York and Washington DC would be just 30 minutes. 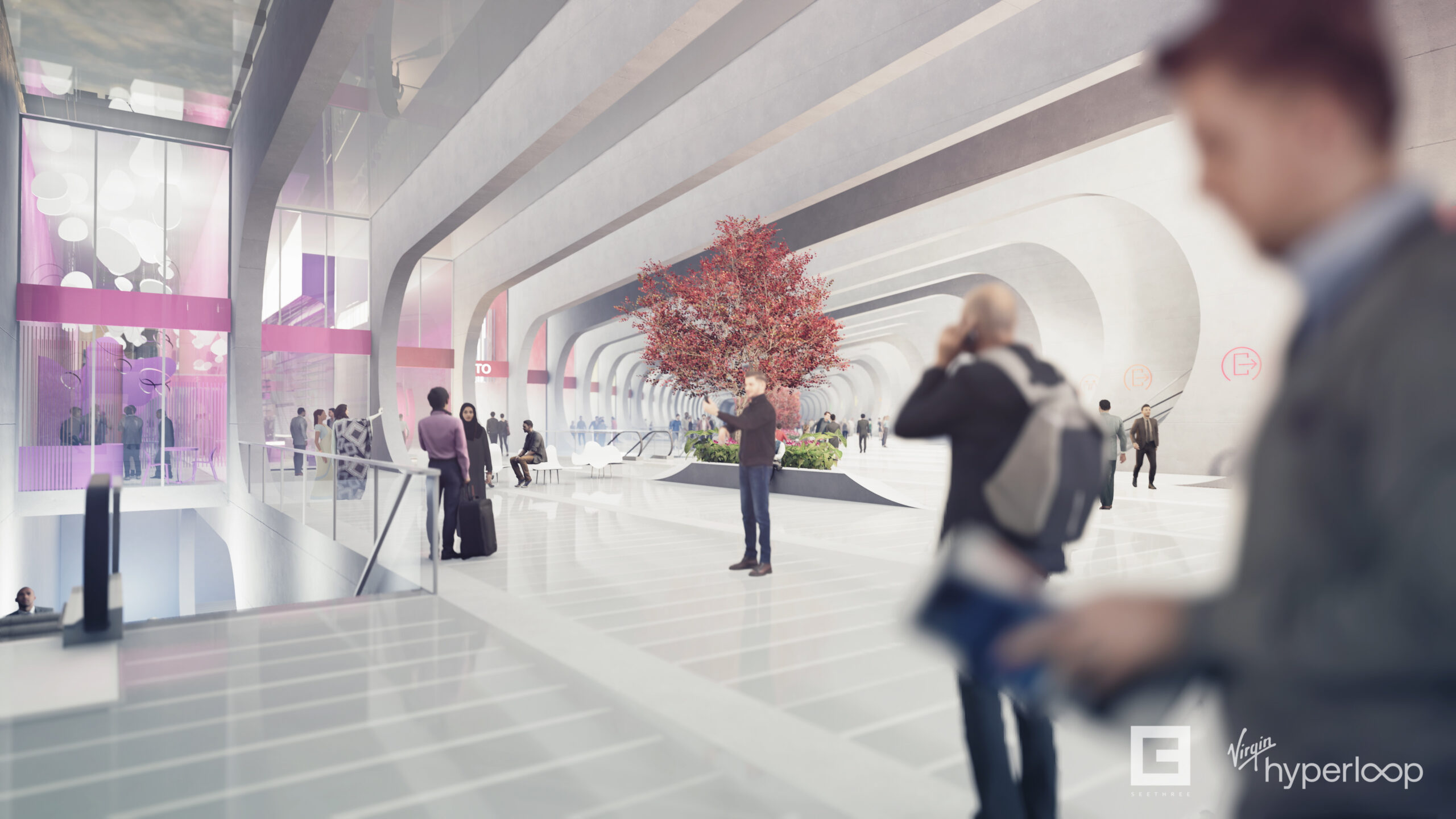 The renderings and video released by Virgin Hyperloop suggest the passenger experience will feel similar to arriving at a cutting edge airport, with its stations acting as transit hubs for major cities. 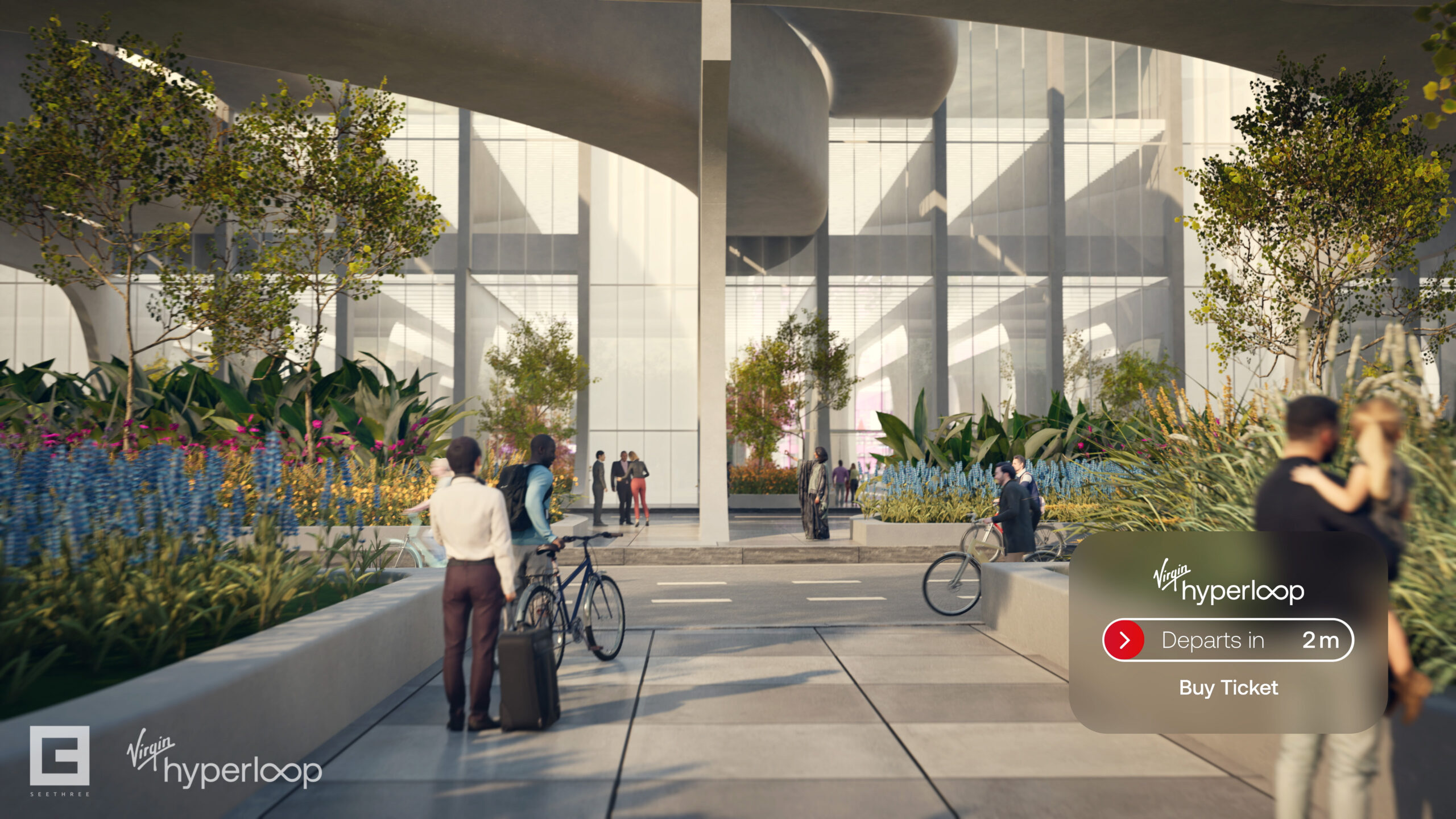 Passengers will also go through check in and security procedures in the same way they would when boarding a flight. They would then wait to embark at a portal, which they pass through to enter the pod. 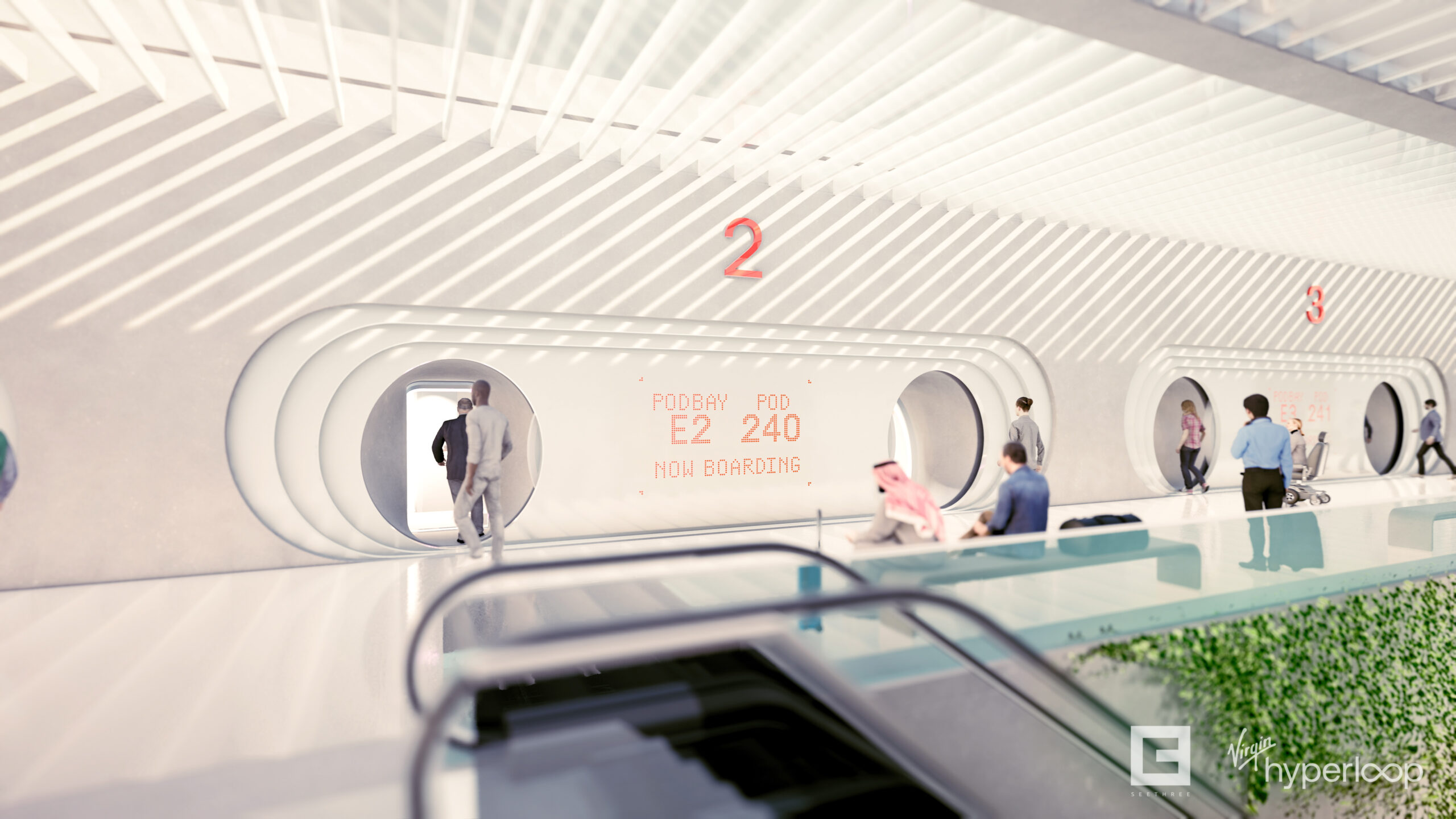 Virgin Hyperloop says it will be possible to transport thousands of passengers per hour, although there will be seating for just 28 passengers on each pod. Instead of having windows on the side, pods will have skylights running along their ceiling, showing the roof of the tunnel above. 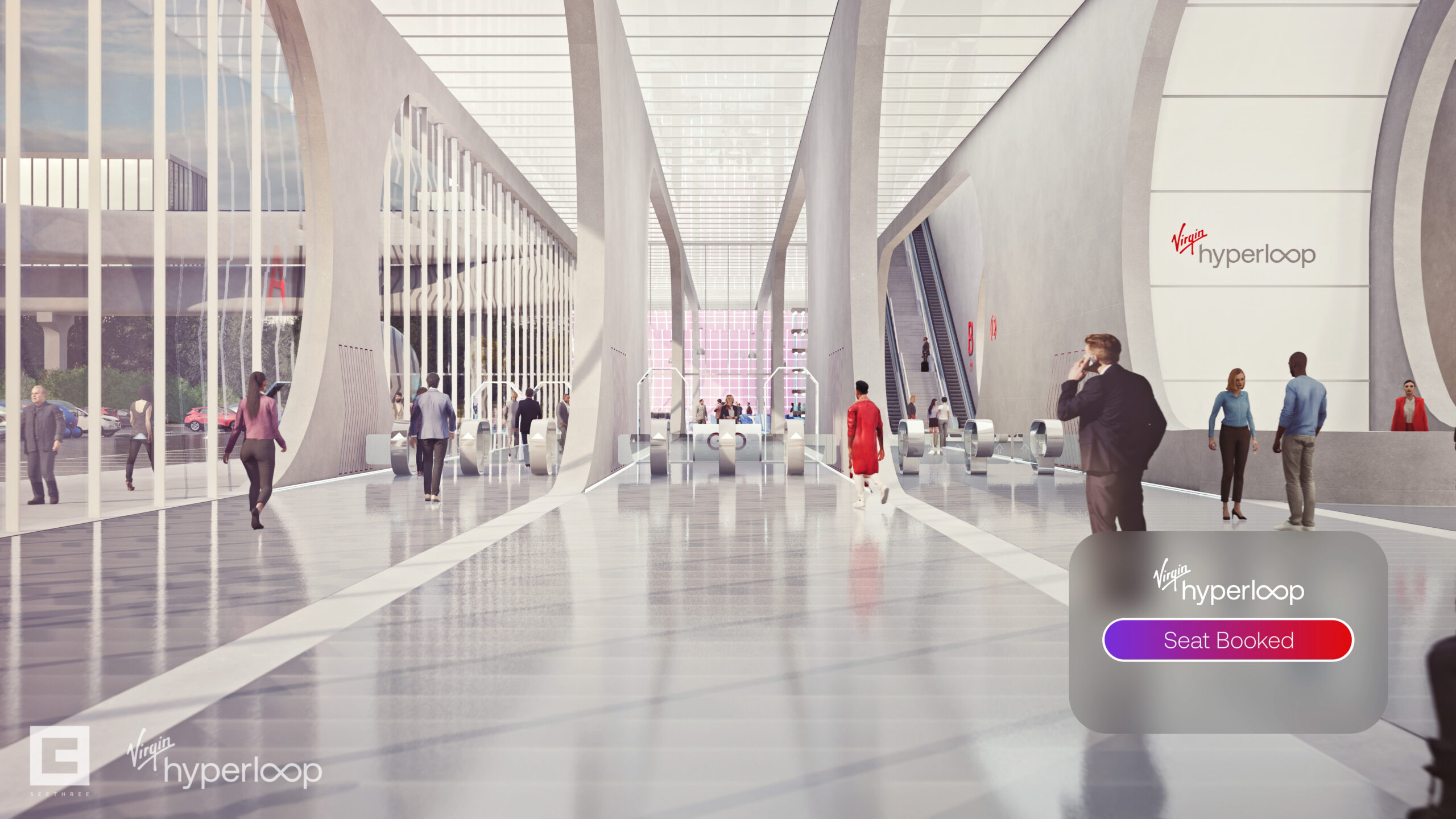 These initial renderings suggest interiors will be plush and spacious, like a high-tech premium rail experience, with features such as in-seat wireless charge points for devices. Virgin Hyperloop has previously said that the transport will be accessible to the general public, rather than just the wealthy. 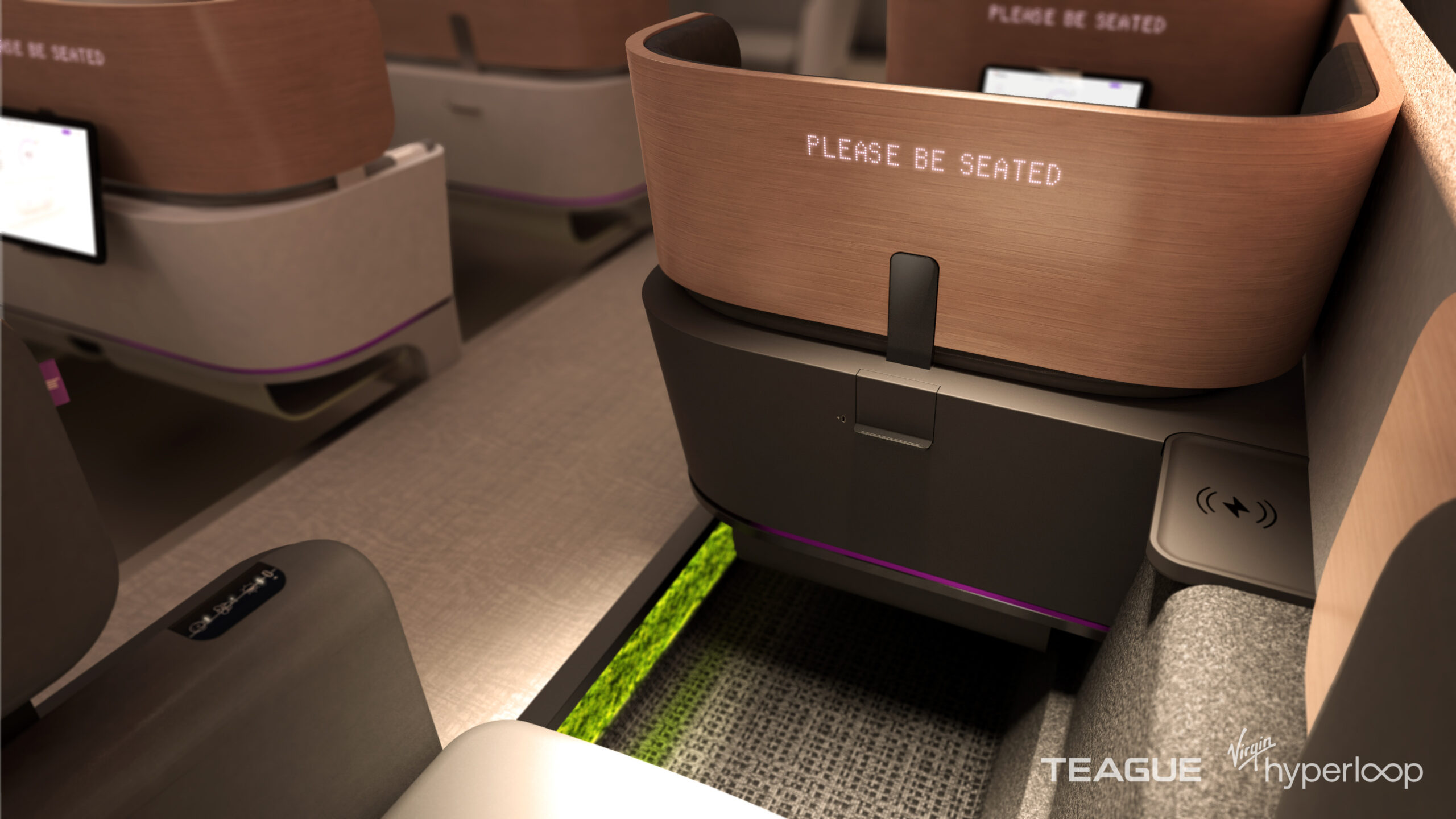 Virgin Hyperloop has teamed up with innovators from different industries to envision its end-to-end passenger experience. Bjarke Ingels Group (BIG) conceived the design for its portals, while Teague designed the pods themselves.

What’s more See Three is creating a bespoke video and animation for Virgin Hyperloop, while Man Made Music is composing a score and sonic identity for the mode of transport. Both of these will add to the multi-sensory passenger experience the innovation is striving for. 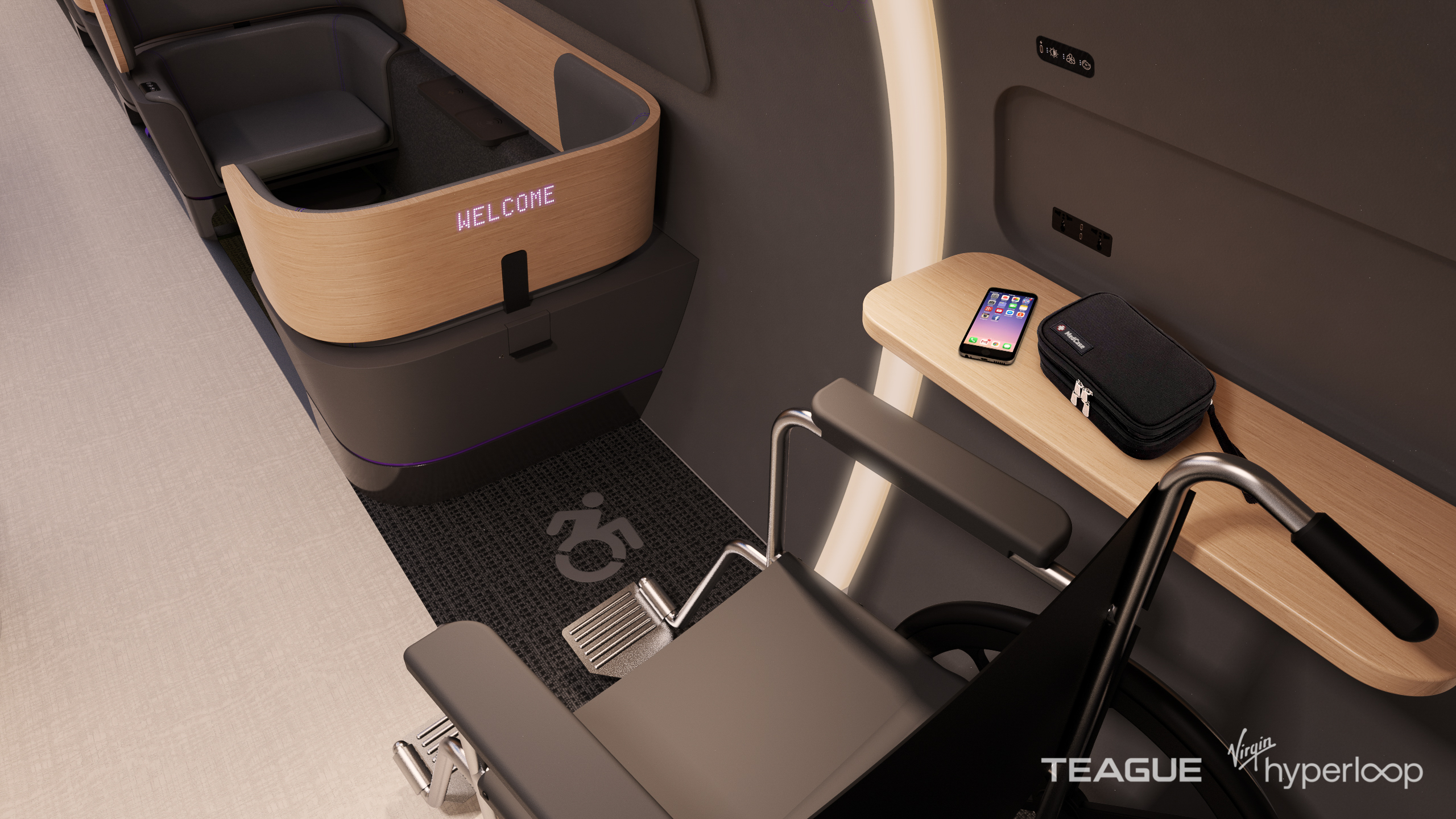 “Virgin Hyperloop can accelerate the future of mobility on land,” says Bjarke Ingels, founder and creative director, BIG. The new mode of travel at supersonic speed rethinks transportation and the perception of space, landscape, time, and distance.”

“In this day and age, Virgin Hyperloop taking off from our portals provides holistic, intelligent transportation for a globalised community to travel across vast distances in a safer, cleaner, easier, and faster way than airlines.”

In November, Virgin Hyperloop carried its first ever passengers during a successful test run in the Nevada desert. Two senior employees from the company travelled the length of a 500-metre test track in 15 seconds – reaching a speed at 107 miles per hour.

When it arrives, Virgin Hyperloop will be the first new form of public transport to arrive in a century. The next stages of development will involve the regulation and certification of hyperloop systems around the world. The aim is to achieve safety certification by 2025, ready for commercial operations – as shown here – to resume in 2030.