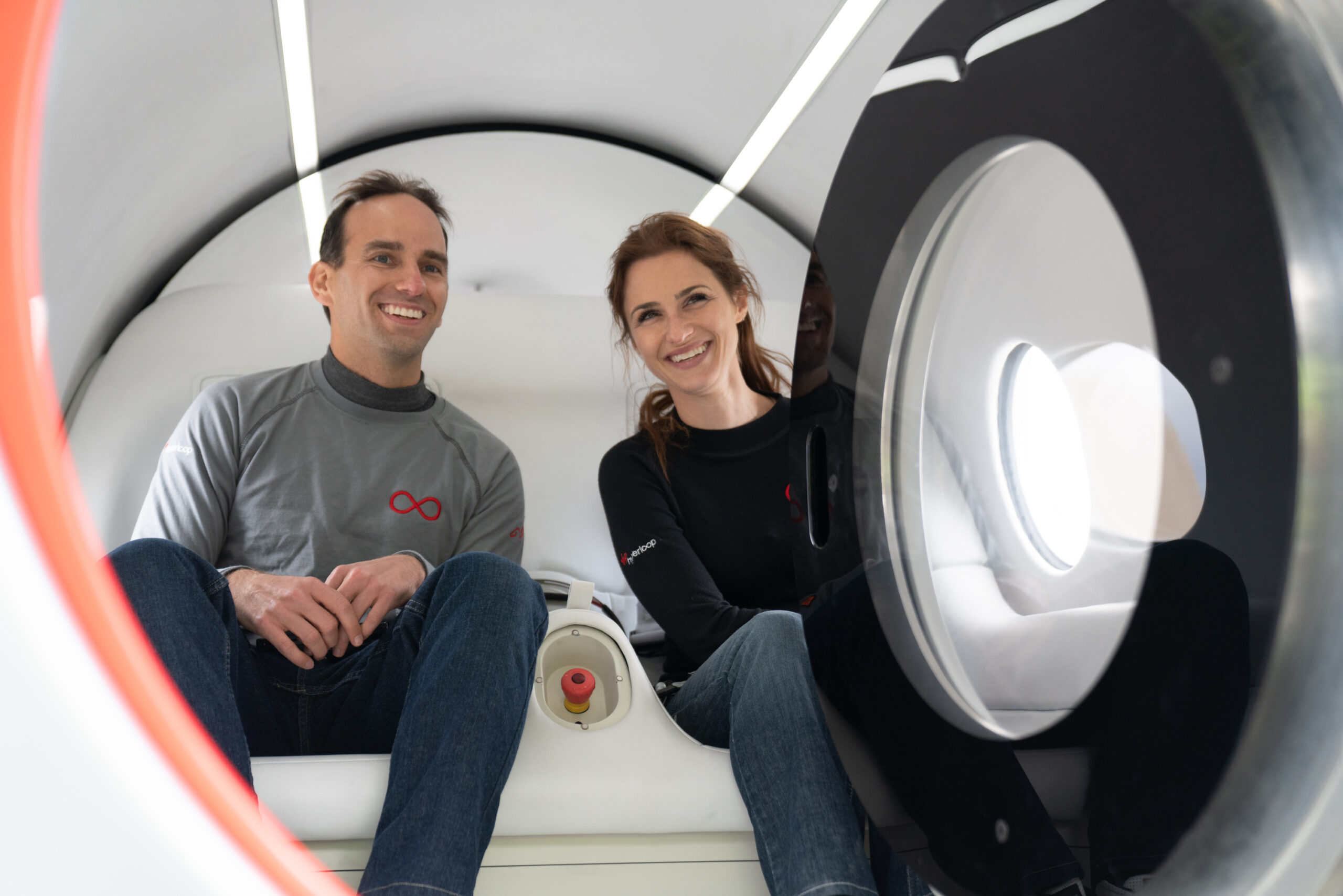 Futuristic ultra-high-speed vacuum train, Virgin Hyperloop, has safely transported its first human passengers, albeit at a much slower speed than it will one day be capable of. Rose Dykins reports

Virgin Hyperloop has successful completed its first trial passenger journey in the Nevada desert. Two senior employees from Virgin Hyperloop – Josh Giegel, the company’s chief technology officer and co-founder, and Sara Luchian, director of passenger experience (both pictured above) – became the first passengers in the world to try out the first new form of public transportation to arrive in more than a century.

They travelled the length of the 500-metre test track in 15 seconds, reaching a speed of 107 mph/172kmph. Ultimately, however, the intention is for Virgin Hyperloop to travel at speeds of more than 1,000kmph. This is three times faster than conventional high-speed rail lines and ten times faster than traditional trains.

“When we started in a garage over six years ago, the goal was simple – to transform the way people move,” said Giegel. “Today, we took one giant leap toward that ultimate dream.” 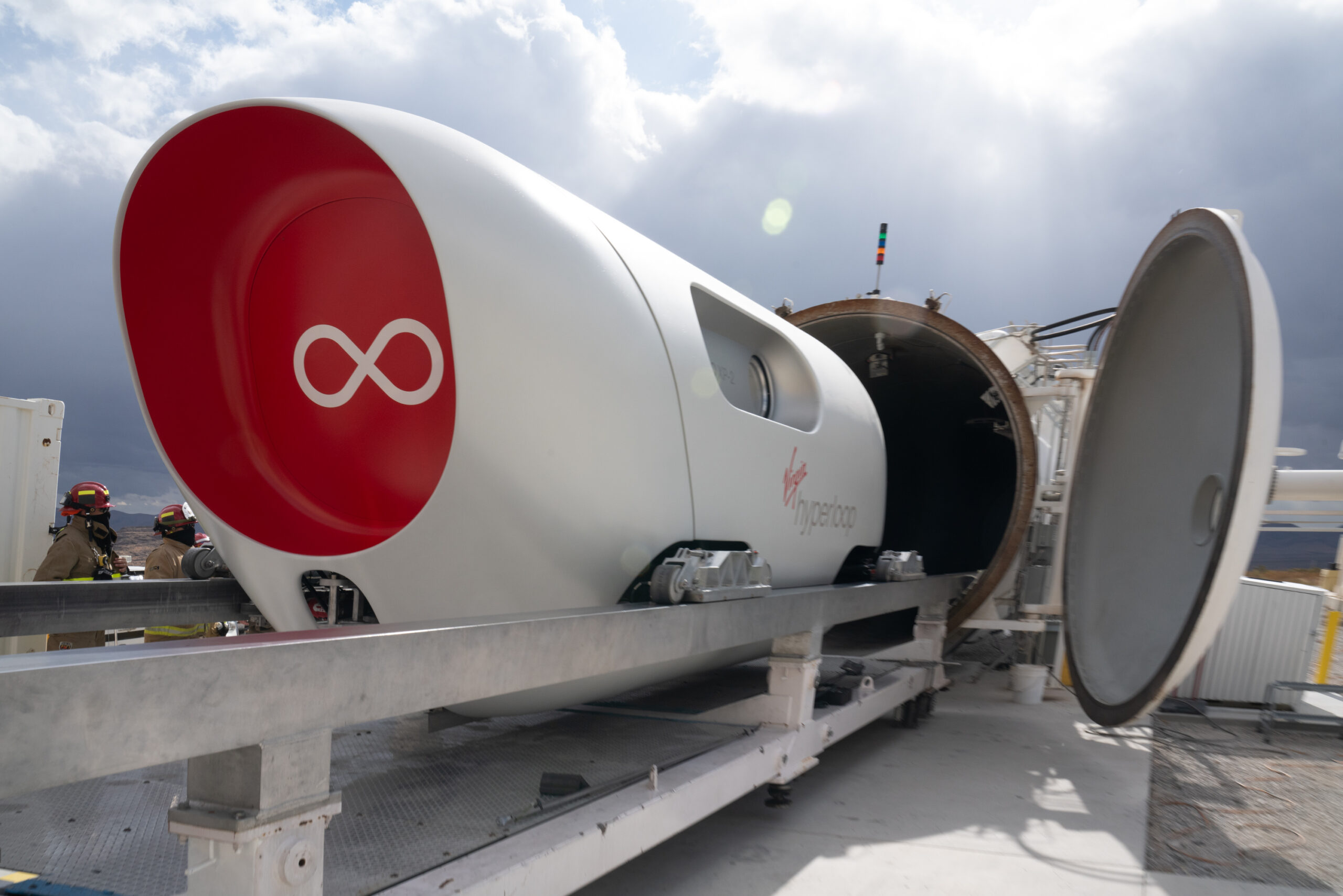 The test – which was overseen by an Independent Safety Assessor Certifier – took place at Virgin Hyperloop’s 500-metre DevLoop test site in Las Vegas, where the company has previously run more than 400 tests without passengers.

Luchian told the BBC that the experience was “exhilarating both psychologically and physically”. She also said that journey was smooth and “not at all like a rollercoaster” although the acceleration was “zippier” than it would be with a longer track.

This maiden voyage was made with a newly-unveiled XP-2 vehicle, designed by BIG – Bjarke Ingels Group and Kilo Design. The two-seater vehicle was built purely to demonstrate that passengers can ride safely in Virgin Hyperloop – whereas the final production vehicle will seat 28 passengers. 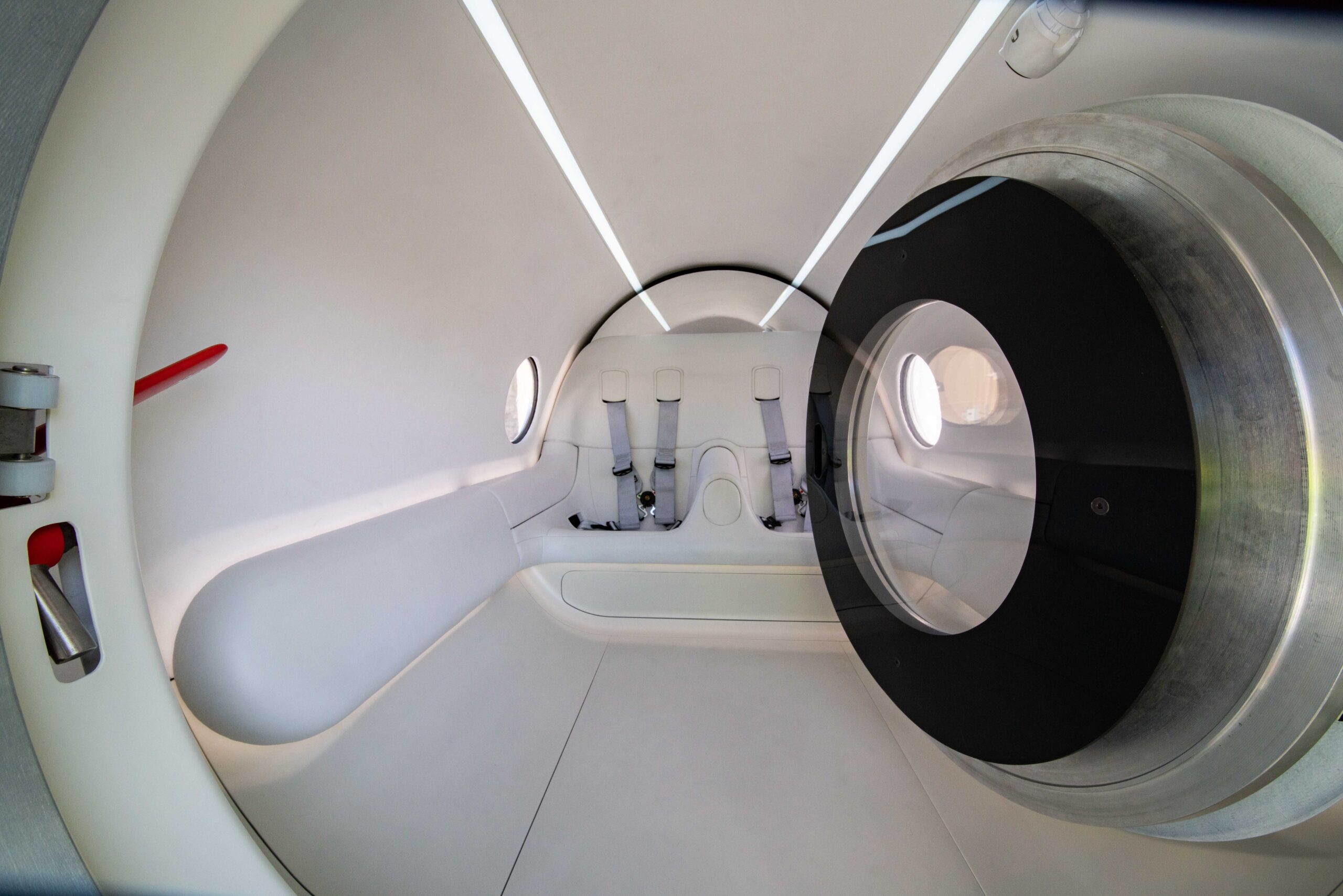 Sir Richard Branson, founder of the Virgin Group, said: “For the past few years, the Virgin Hyperloop team has been working on turning its ground breaking technology into reality. With today’s successful test, we have shown that this spirit of innovation will in fact change the way people everywhere live, work, and travel in the years to come.”

The technology for Virgin Hyperloop is based on the world’s fastest magnetic levitation (maglev) trains. It has then been made faster by speeding the vehicles along inside vacuum tubes – a concept that builds on a proposal by Elon Musk, founder of Tesla.

Globetrender has previously reported on how Hyperloop technology could slash journey times between major cities and even countries to a fraction of their previous length. For example, with Virgin Hyperloop, you could one day be able to zip from LA to San Francisco in just 43 minutes, compared with one hour 28 minutes by plane.