Hyperloop could slash journeys between European capitals to 90 minutes

Visionary Hyperloop ‘hovertrains’ could zoom through tubes at speeds so fast that passengers could travel between Amsterdam and Paris in just 90 minutes. Erica Jamieson reports

High-speed, levitating passenger pods could be the future of intra-European travel, or so Dutch company Hardt Hyperloop wants you to believe.

The company has laid out a roadmap to connect European cities by hovertrain by 2028, cutting travel times between hubs such as Amsterdam and Paris to just 90 minutes.

Hardt Hyperloop’s plans use magnetic technology to shoot passenger cars through low-pressure tubes, reducing drag and friction to allow the pods to reach speeds up to 620 mph. Parallel tubes will allow for travel in either direction, and can be built above existing transit systems or underground. 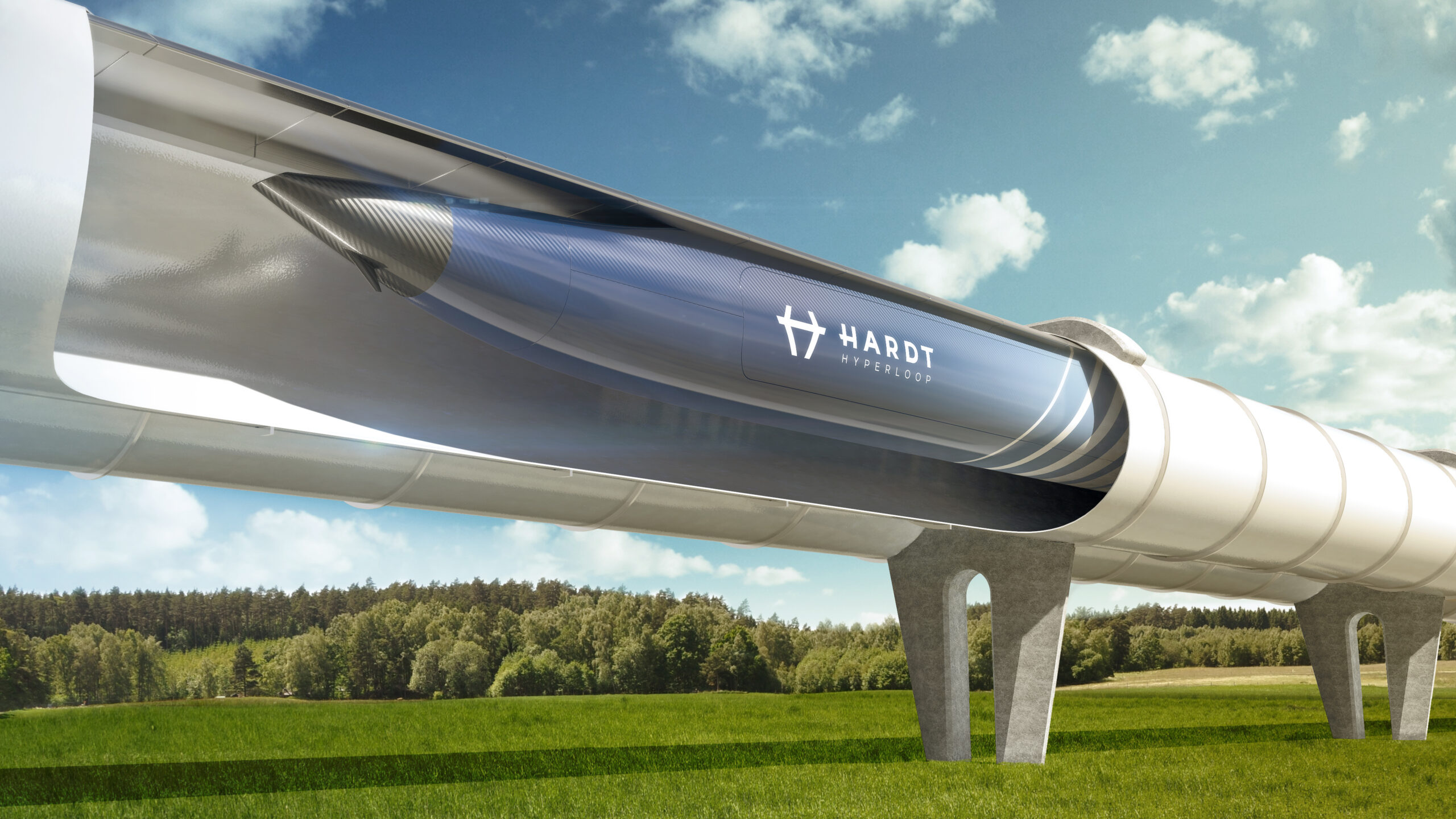 Stefan Marges, project manager of Hardt Hyperloop, says: “A Hyperloop connection between Amsterdam and Eindhoven takes just 15 minutes. And Düsseldorf can be reached in less than half an hour. The perspective on home/work distances will be radically altered.” He adds: “The Hyperloop is especially perfect for international connections.” 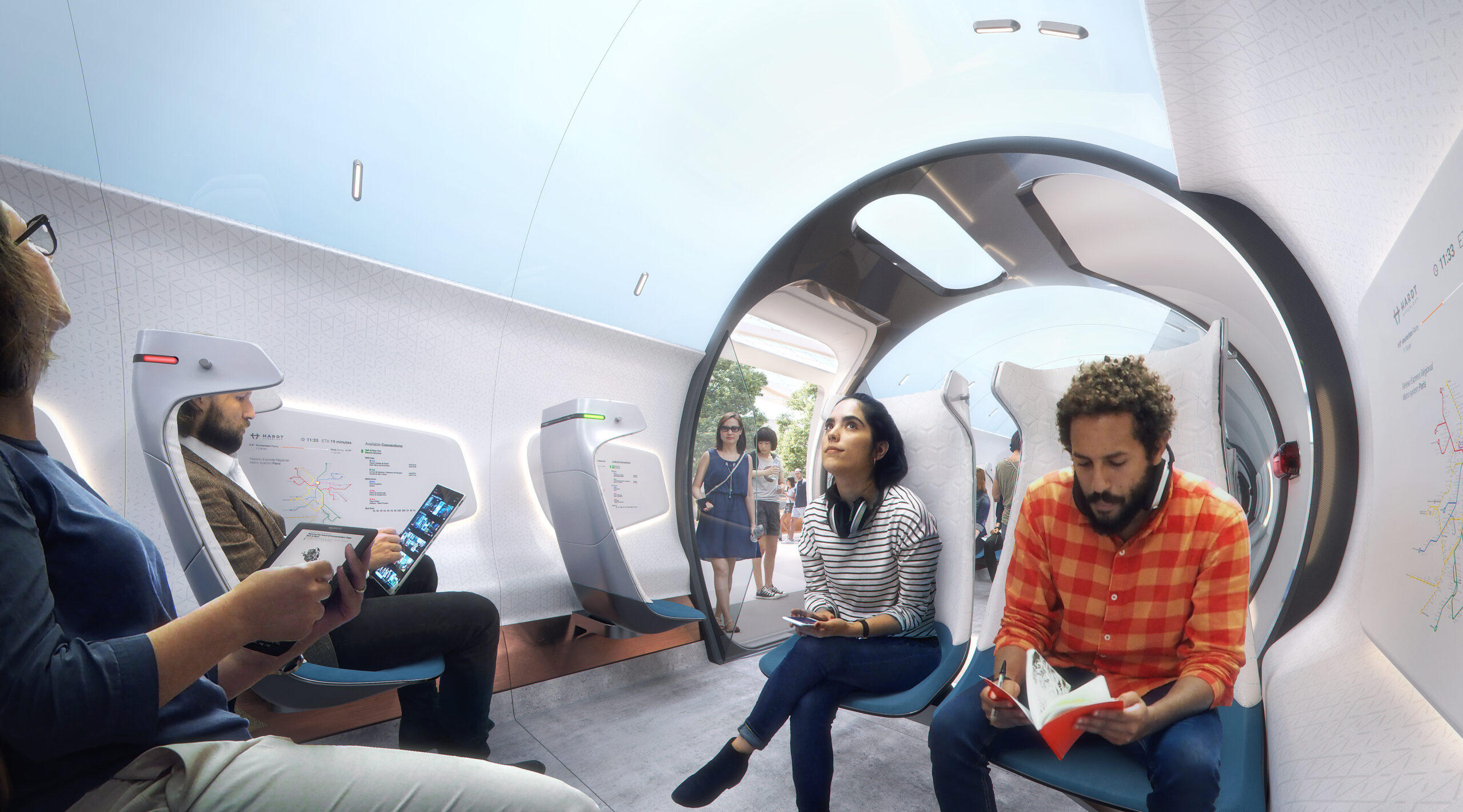 The study, conducted in collaboration with the province of North-Holland, suggests the Hyperloop would increase connectivity to the Amsterdam Metro Area from eleven Dutch cities in under an hour, which would raise the province’s GDP by 121 per cent.

Transit time between Paris, Brussels and a number of German cities would be cut by up to 75 per cent, compared to high-speed rail, and 60 per cent, compared to aviation alternatives. Hardt says this could substitute 24,000 annual short haul flights by 2040. (This is a vision of what a Hyperloop station could look like.) 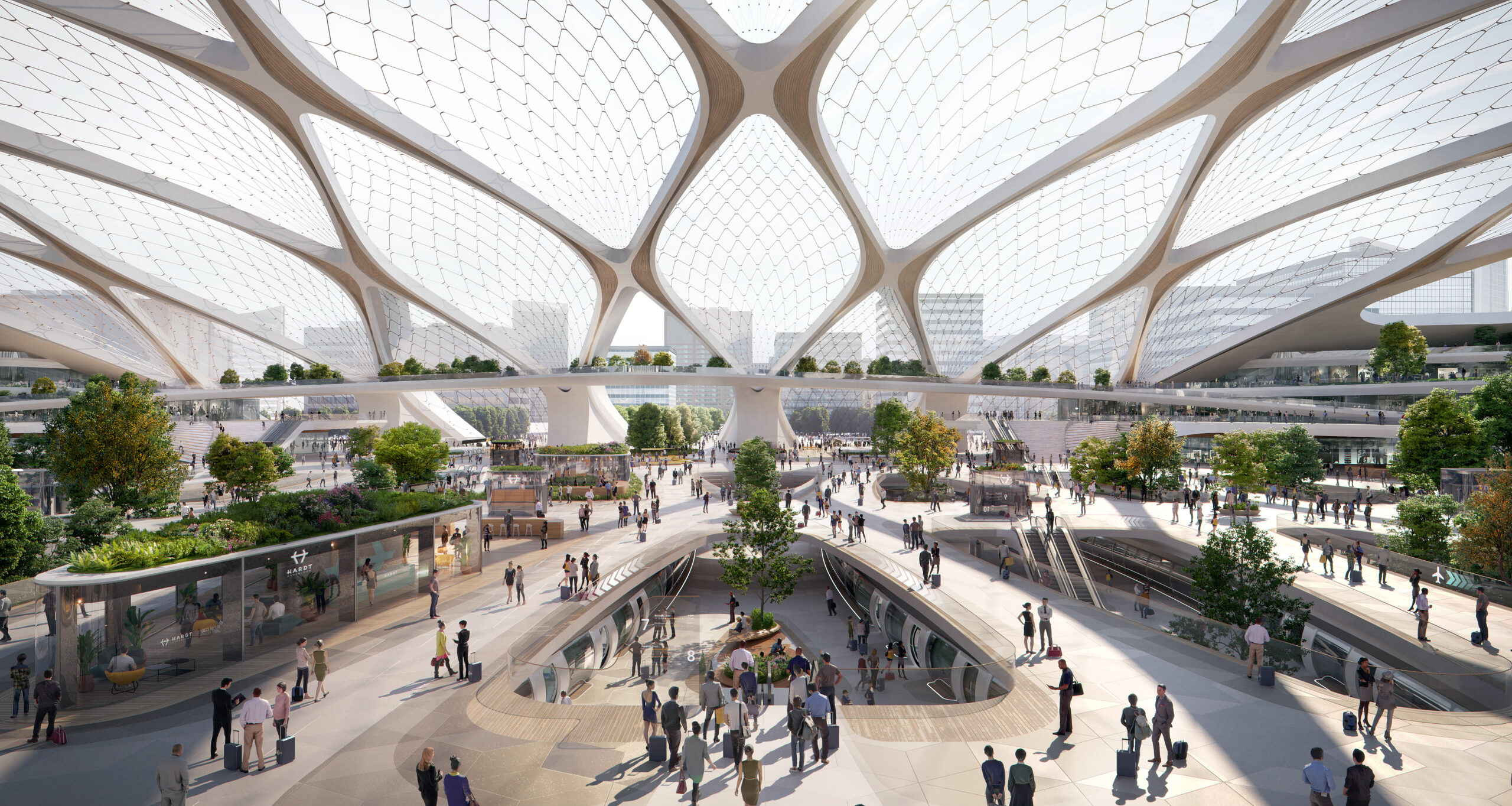 With proposed trains leaving every three minutes, researchers hope that “borders would, quite literally, become blurred”. 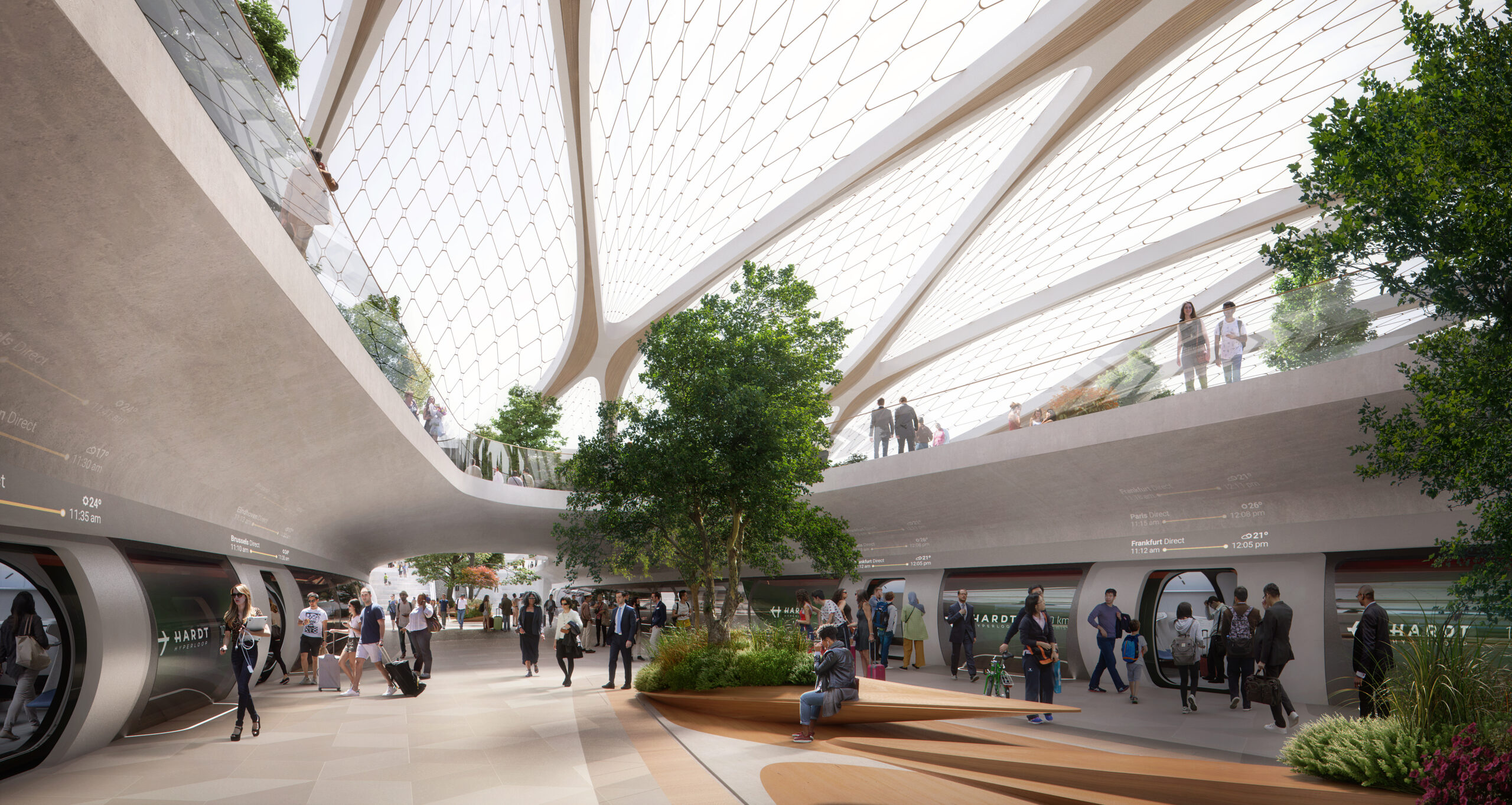 Critics have questioned safety standards, untested technologies, and the significant start-up costs. Competitors across Europe are suggesting alternative approaches, with one company – Hyper Poland – planning a three-stage process to convert existing rail channels to high-speed, and eventually Hyperloop systems. The team has raised nearly €4.5 million to date, including over €500,000 in crowdfunding.

For now, Hardt Hyperloop has the go-ahead to continue research and preliminary development. Jeroen Olthof, deputy mobility of the Province Noord Holland, says: “We know that people are willing to travel for a maximum of one hour to their work.

With a high-speed Hyperloop, you would be able to cover much greater distances in that time. This sounds very promising. That is why we will engage in discussions with other authorities to progress this research.”

Hardt Hyperloop has completed a 30-metre low-speed test tunnel in Delft, and is collaborating with Tata Steel to construct a 3km high-speed test facility in the Ductch city of Groningen.

Along with passenger transportation, Hardt Hyperloop proposes a commercial cargo network for transporting high-value time-sensitive goods, to be operational by 2025.