Six futuristic modes of transport for cities and off-roading

From self-driving scooters to Transformer-style walking cars, getting around is going to become a whole lot more exciting. Samuel Ballard reports on transport of the future

How will we get around cities in the future? Will it be on Elon Musk’s underground Hyperloop trains or UberAir flying taxis? Whether it’s self-driving cars or drones that can carry people up to 180 miles, we are on the cusp of massive change in the way we travel.

Traditional vehicle manufacturers are constantly trying to prove that their research and development teams know what the next big thing will be by bringing out new and exciting concepts to whet our appetites. These concept vehicles will often not be brought to market but they do show where the industry is going.

Are you ready for the next generation of travel? 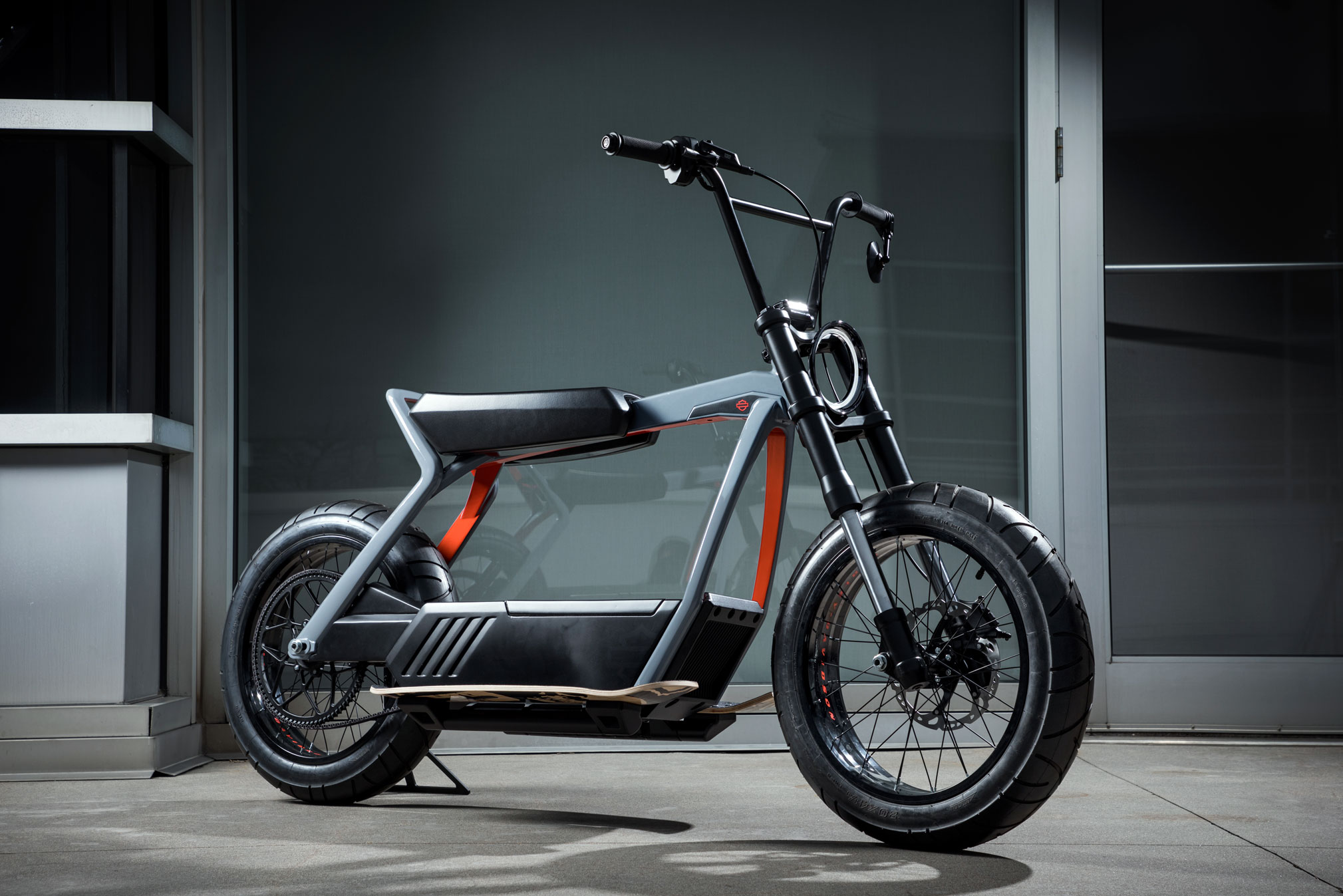 The all-American motorcycle supremo has spoken – and it says that the future is electric. Having recently revealed that it was producing LiveWire, its first electric motorcycle, the company has gone further and introduced two new electric concepts that take it well out of its comfort zone, with a mountain bike and a scooter.

The scooter is designed to attract new riders to the world of Harley Davidson. Lightweight, easy to ride and, above all, eco-friendly, it’s hard to argue with Harley Davidson’s premonitions. 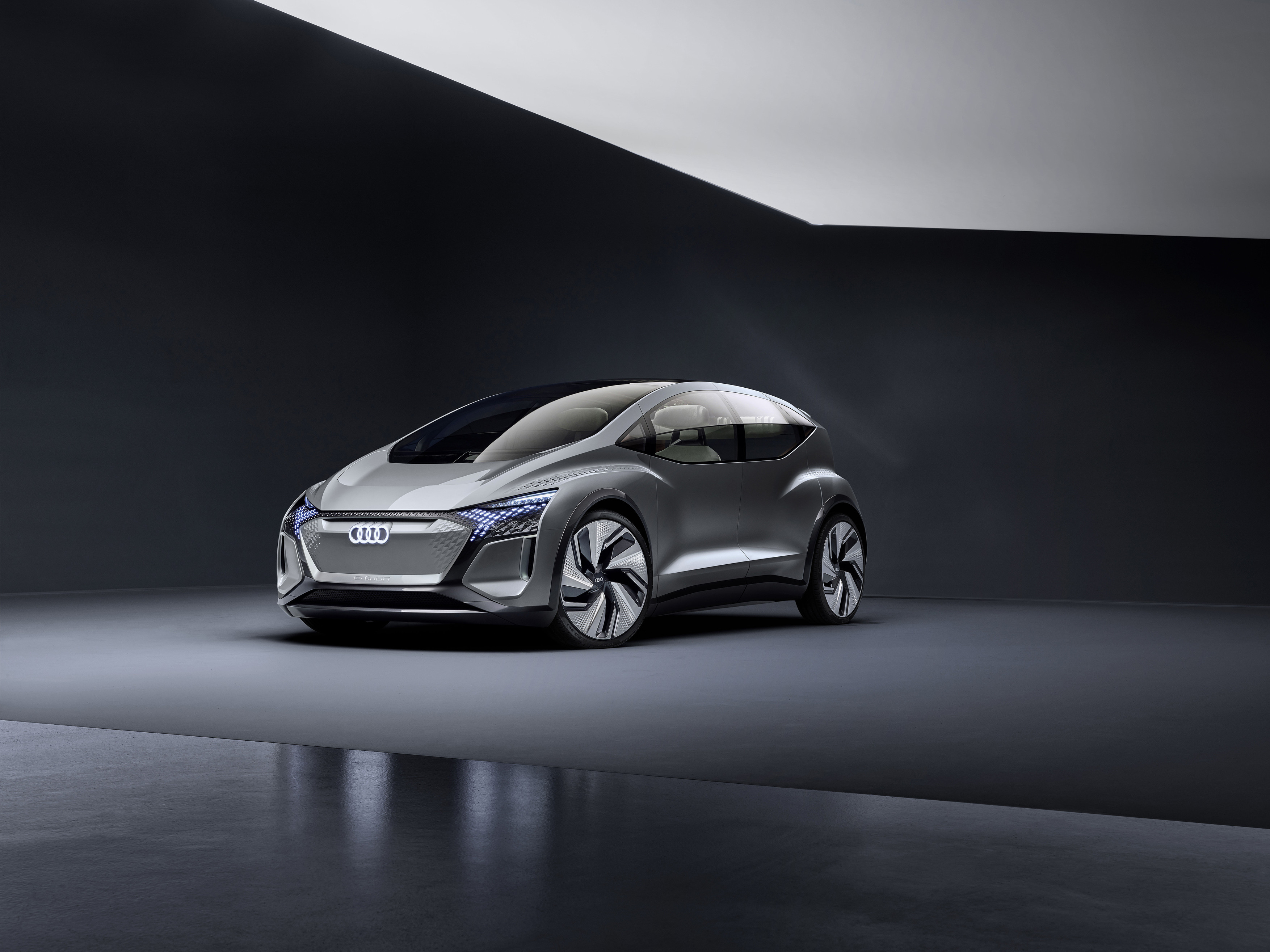 The Audi AI:ME was unveiled at the 2019 Auto Shanghai show to great fanfare. The Level 4 autonomous car (one step off Level 5 – full autonomy) is designed for cities and will drive “automatically in a defined area equipped with corresponding infrastructure in the future”. 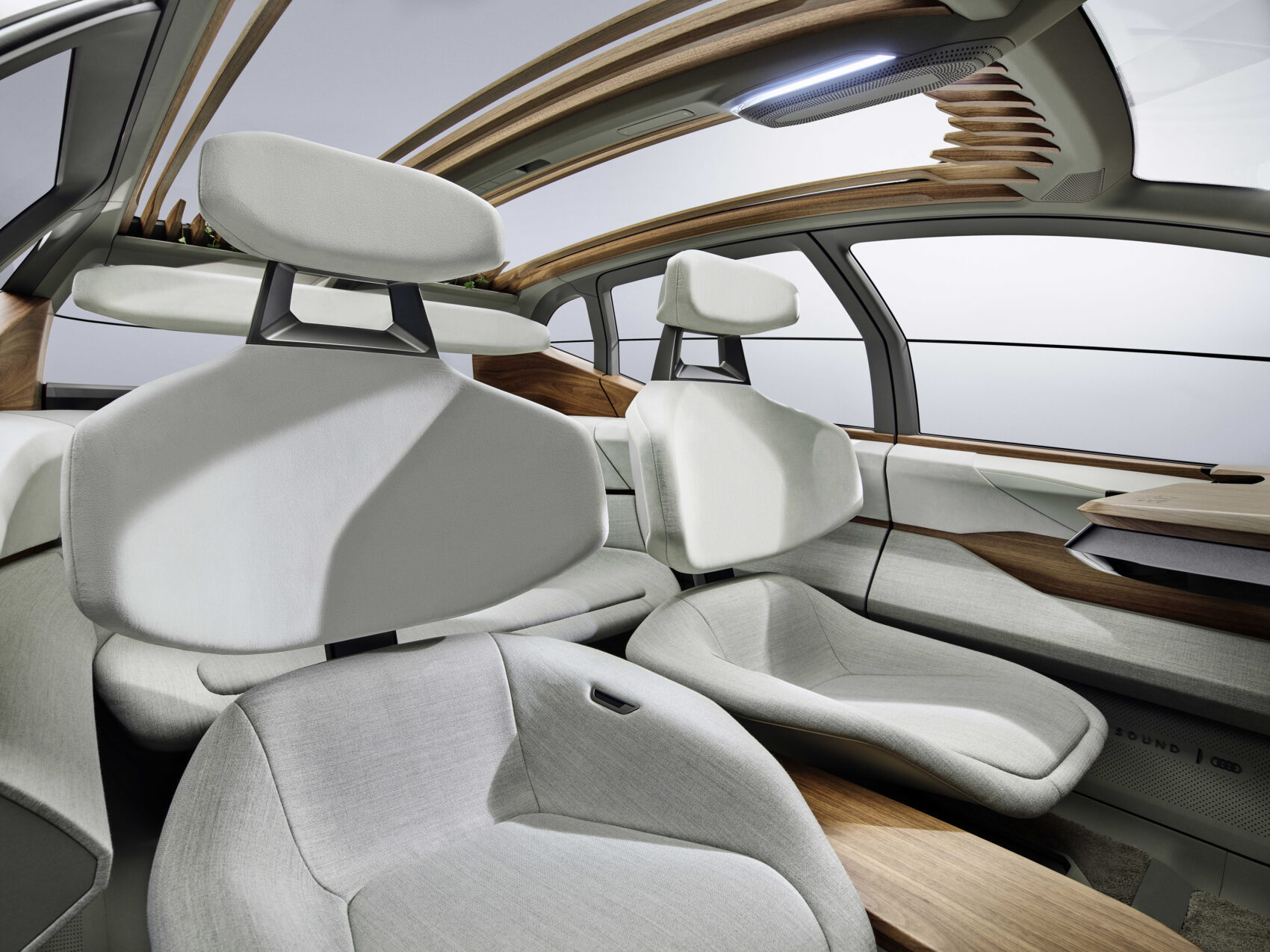 Audi says that with the AI:ME driving its occupants around, the car becomes a “third living space” alongside work and home. For that reason, the interior of the car is “the core of the whole vehicle”. Magnets within the car serve as holders for cups and even plates.

There will even be plants in the interior to add to that at home feeling, and improve air quality. 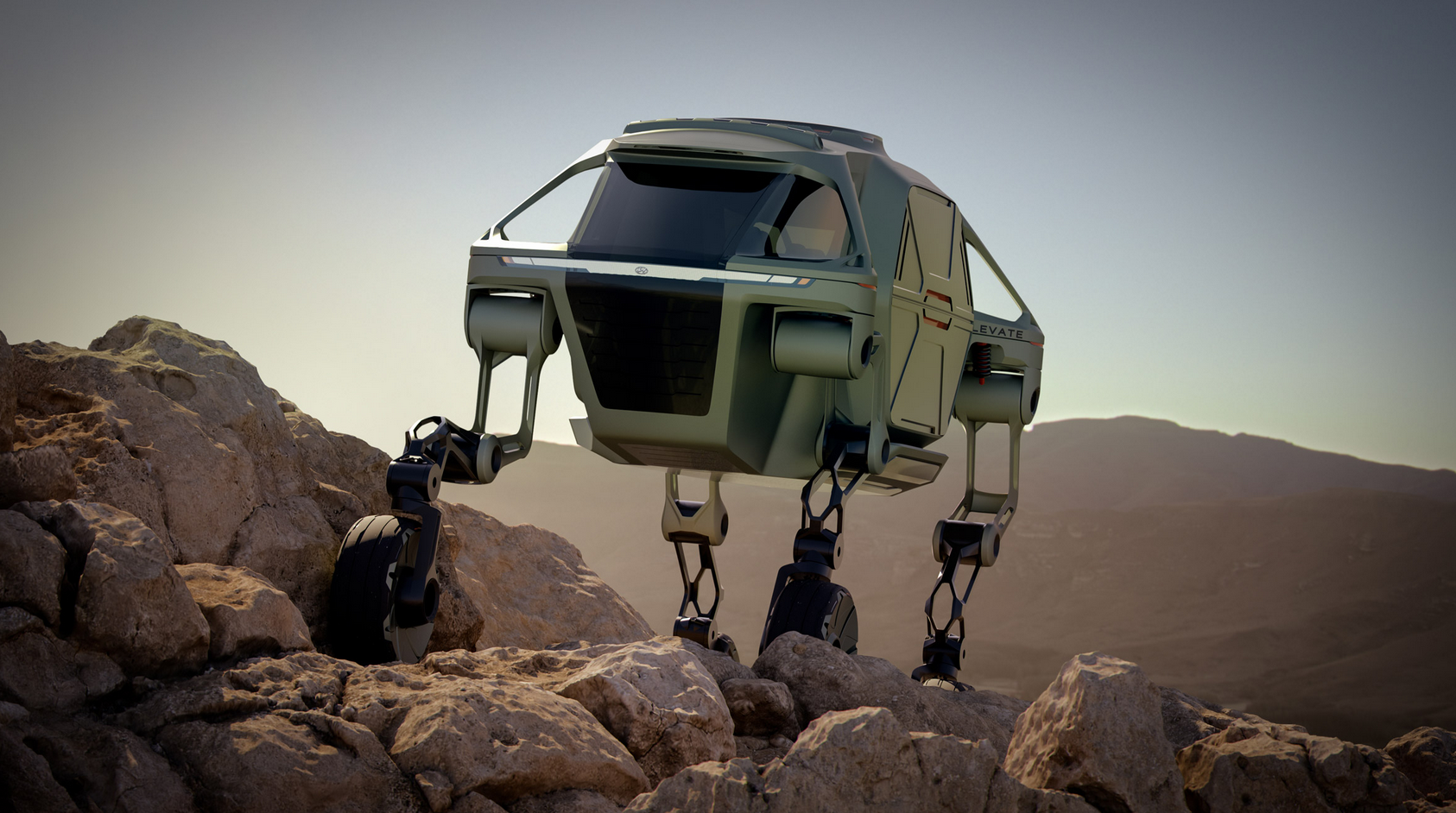 Looking more like something out of Star Wars than a potential family car, the Hyundai Elevate has been designed by the South Korean car marker primarily as a vehicle for the emergency services or the Armed Forces.

Capable of handling different terrains, the vehicle can move across rocky surfaces and is even able to climb up steep inclines. Elevate is capable of holding up to six people, with the cabin is mounted on four legs, which each have joints (named ankle, knee etc) – ideal for scaling debris after an earthquake or getting medical personnel into hard-to-reach places.

The TF-2 is a three part transportation system that picks passengers up from their homes in a bus, takes them to a heliport – where the cabin of the bus attaches to the TF-2 drone vehicle – and flies passengers up to 185 miles away. Upon arrival it attaches to another bus and drops passengers off at their destination. 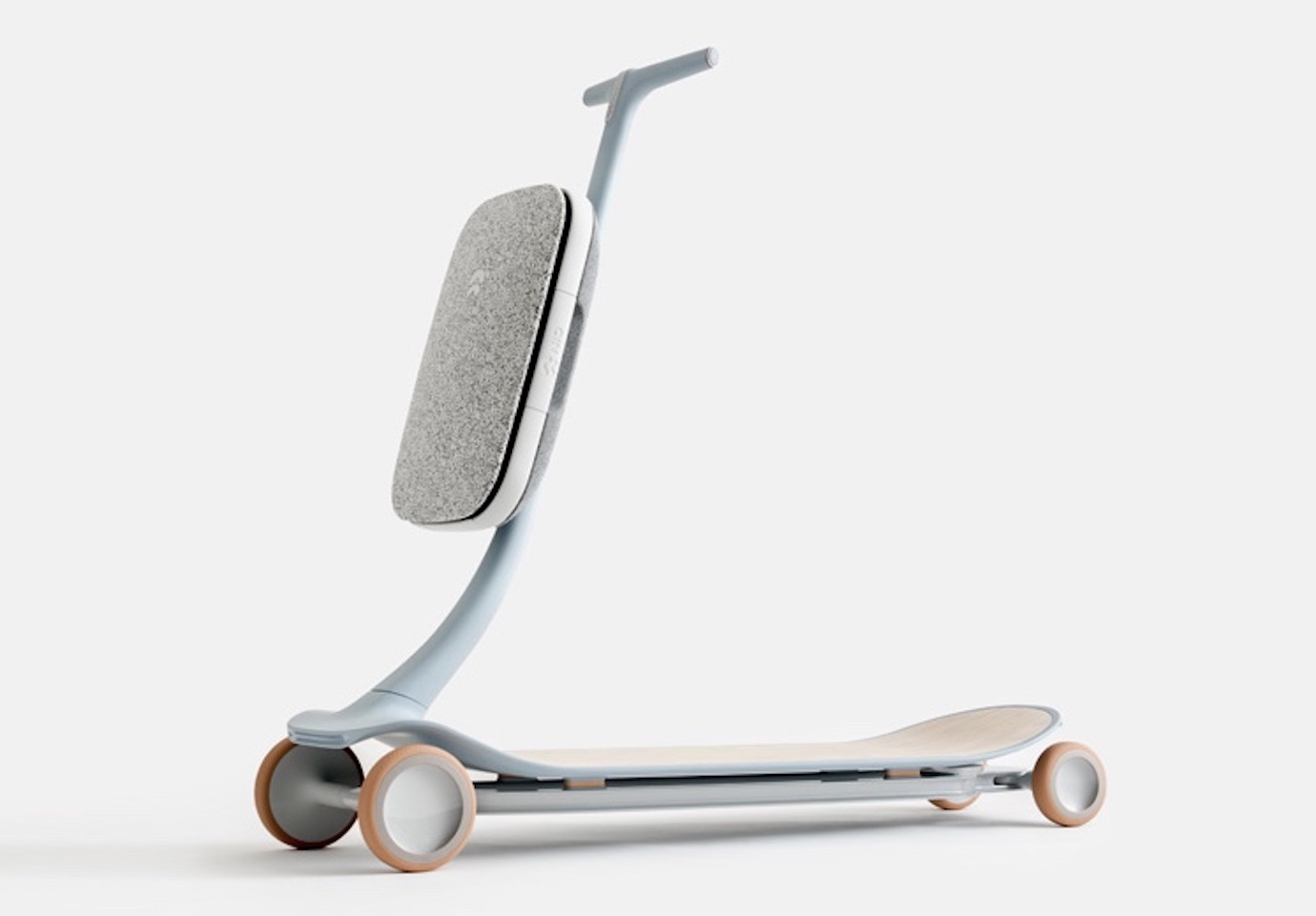 Developed through a partnership with Layer and Chinese car company Nio, Pal is an electric scooter that uses artificial intelligence to autonomously take you to your destination.

Called a “near future” concept by its designers, the scooter connects to smartphones via an app that lets riders deliver voice commands and questions – whether that’s a new destination or how much battery is left.

It looks great, too. 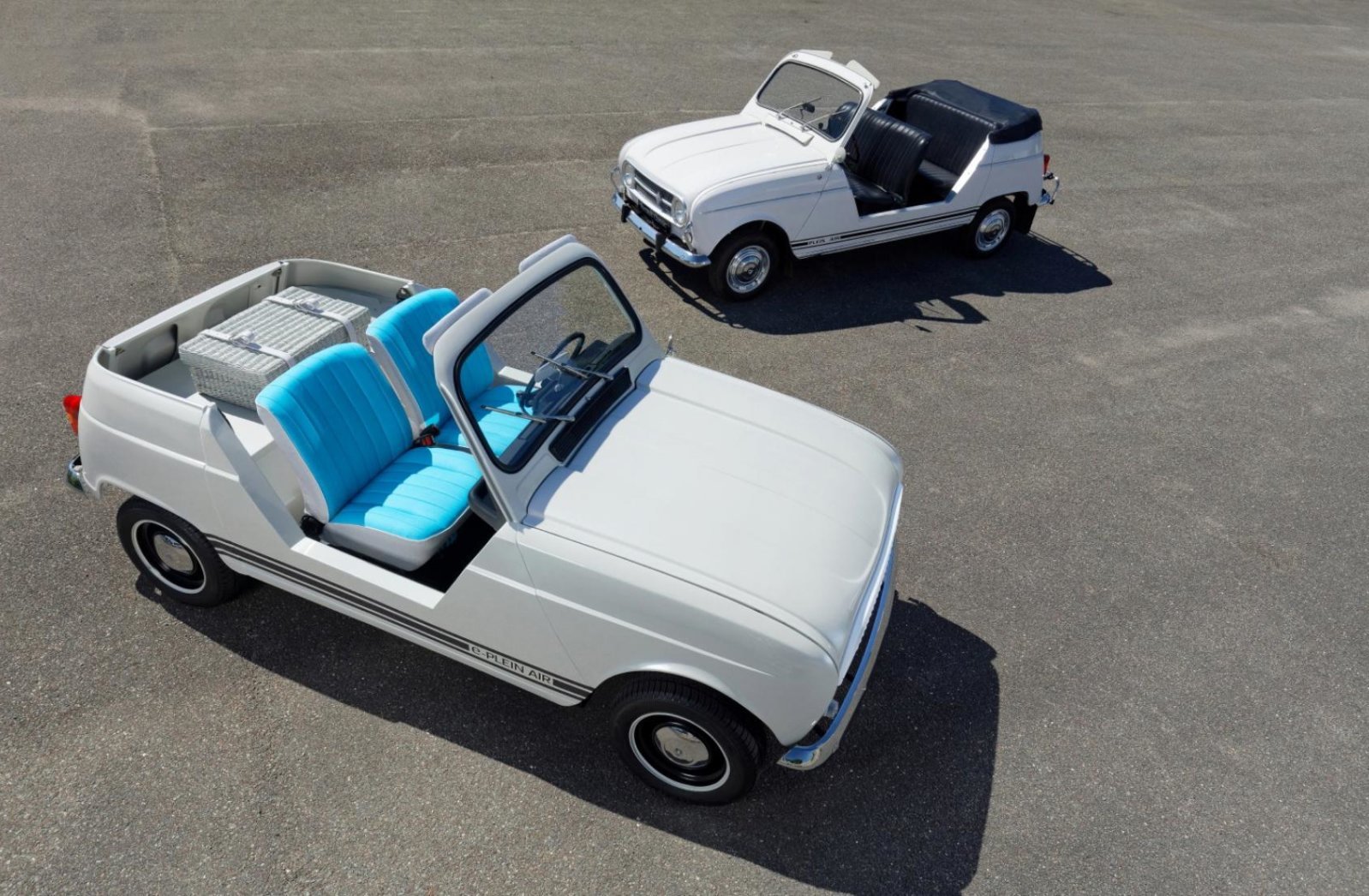 Renault got people talking earlier in the year when it revealed a concept design for its much loved Renault 4 (Plein Air). The 1968 model has been reimagined as an electric car – although the model only has enough power to travel 62 miles in one go and it will boast a top speed of just 60 miles per hour.

It’s all you need for cruising up and down the beachfront, though.