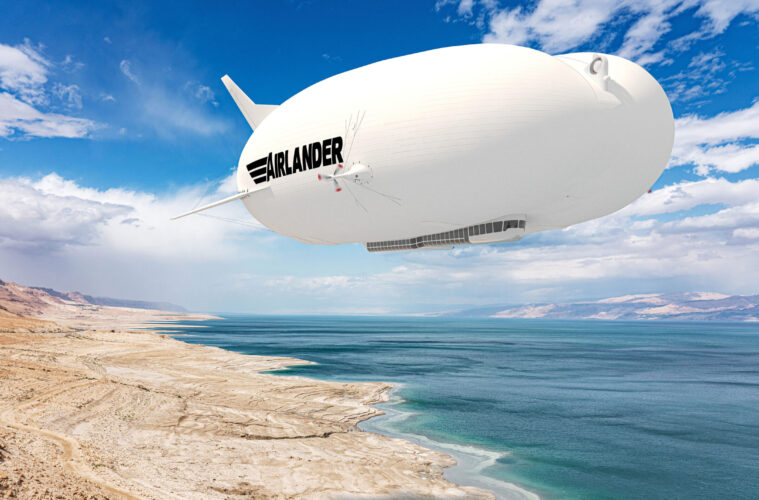 Airlander airship could be used as flying hotel for sightseeing voyages

Capable of landing anywhere and flying for days, Hybrid Air Vehicles‘ Airlander airship promises to transform travel. Globetrender speaks with George Land, the company’s commercial business development director, about how it could be configured as an airborne hotel for peaceful, panoramic pleasure flights.

How do you envision Airlander being used to transform tourism?

Most aircraft are just tubes – you’re sitting in the top half of the tube and below your feet is baggage. With Airlander you get a cabin with a non tubular shape and massive windows, because it’s not a pressurised cabin. The aircraft doesn’t normally exceed 10,000 feet in normal operations so you don’t need to pump the pressure up in the cabin.

This means you can have a very adaptable cabin. It’s enormous amounts of natural light and air, plus super views. Additionally, the aircraft can fly very slowly, so if you want to slow down and look at something you can. From a pure leisure point of view or luxury travel point of view, the aircraft is a really good viewing platform. You can cruise at a slow speed, relatively low, and look at stuff on the ground. 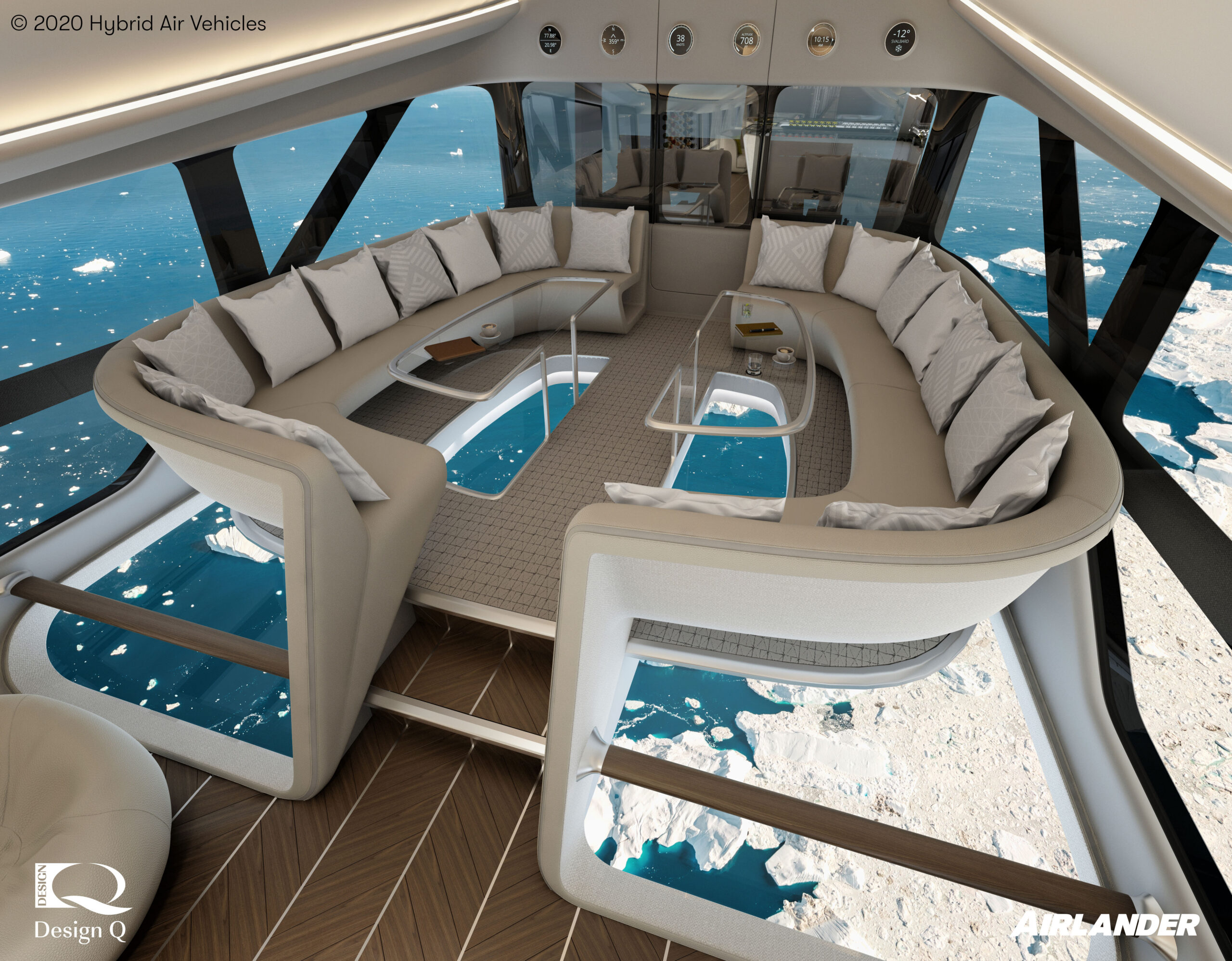 A lot of the leisure and tourism applications that we’ve looked at involve a great deal of luxury. We have one cabin that contains 16 double bedrooms, a living room area, a bar and eating area so you can live on the aircraft. You’re probably using it to go in-land and to get to places where you wouldn’t normally go because you can land the aircraft in the middle of the desert, in scrub or on ice.

If you talk about Saudi Arabia, where there’s a lot of resort development going on at the moment, they’ve got archeological sites, most of which are in land. They are known to have been seen by very few people because they’re inaccessible. What this aircraft enables you to do for example, is to take off on the Saudi coast, have a little bit of a look at the coast, then fly inland to find some of these sites in the desert.

Then you land the aircraft in the desert, have people go off and look at whatever it is, then get back on and come home again, all while being accommodated in what is effectively a 16 passenger hotel.

How far can Airlander fly?

Because Airlander has a 2,000 nautical mile range, you’ve got an enormous amount of scope for what you can do with that aircraft. You can really take people a long way into inaccessible places and either set them down or just look at them from the air. You can’t really do that in any other kinds of aircraft.

Helicopters haven’t got the range and they’re noisy and not nice to be on really. Airlander puts you in a very quiet environment, a very airy and spacious environment that takes you a long way to look at whatever you want to look at.

In what ways are you looking to work with airlines and travel companies?

I’m reluctant to give out any sense of cliche about how that aircraft could be used because our experience of talking to travel and tourism companies is that they’re very individual. They will have their own ideas of what they can do and how they can integrate it into what they’re doing now. And the ideas that they’ve come with to us are very, very diverse.

Many of them are very much about going inland to get to places you can’t get to easily. Some of them are about flying up beautiful coastlines or at slow speed. We have had companies talk about taking people from one resort to another, where a chain for example, has multiple luxury hotels so the journey isn’t a chore.

It’s an incredibly innovative industry and we’re aircraft builders so largely we are guided by what our customers tell us they think they can do, and we tell them what the aircraft can do. 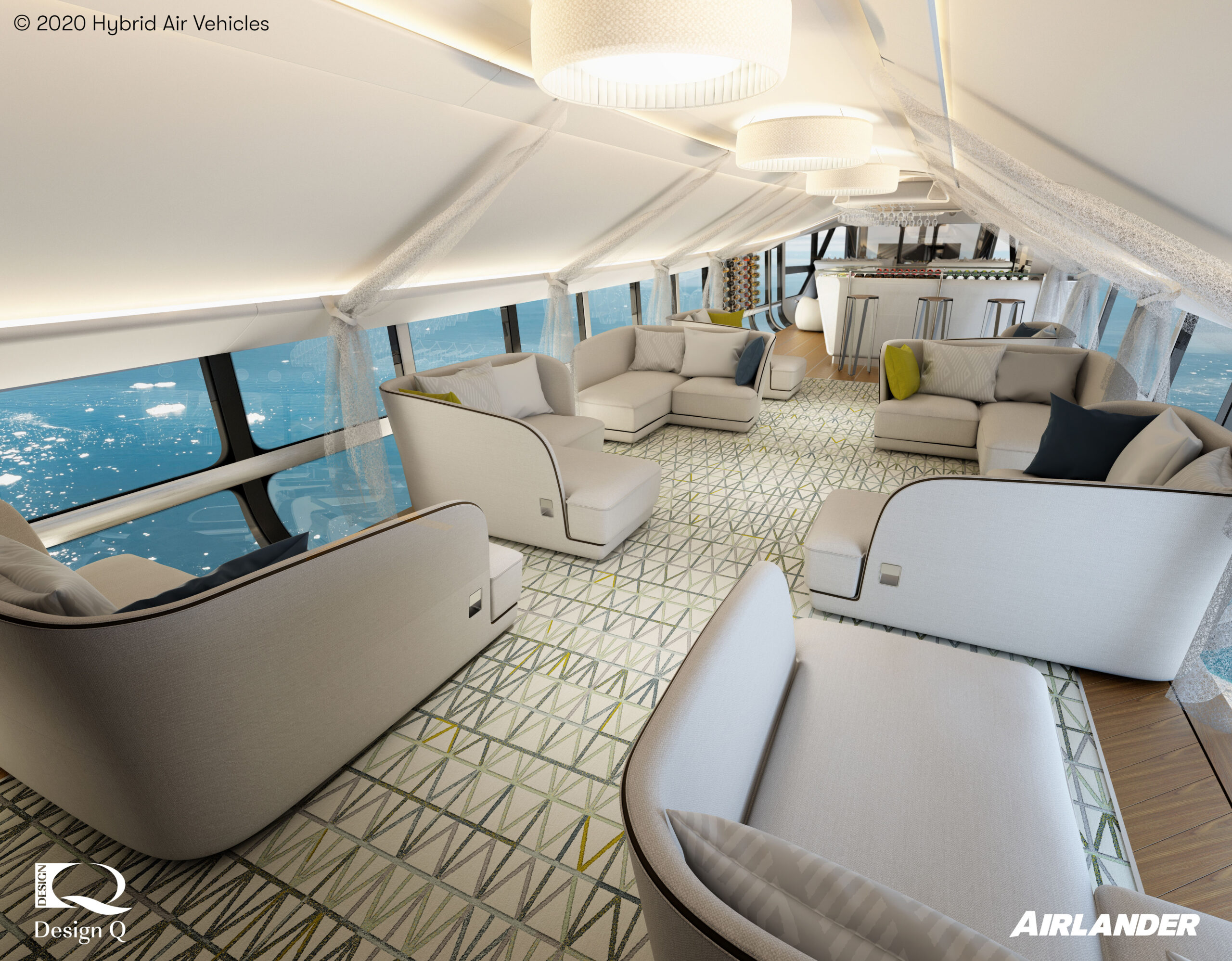 How safe will Airlander be and what will you be doing to change people’s perceptions of the safety of airships?

The first thing to understand is how aviation is regulated. It’s quite easy in aviation to create prototypes, especially smaller prototypes, because they have relatively low standards of safety and the environment that they operate in is very strict and controlled to make sure that doesn’t cause any risk.

We are designing and manufacturing an aircraft here, which which would be certified for passenger transport. And that means it’s got to adhere to exactly the same safety standards as an Airbus plane. So quite frankly, if we can’t meet those standards, we’ll never get to the air. Now that’s an easy message to land with anybody who understands aviation, because once you tell people that they understand.

Obviously we’re very confident we can meet that standard. However, the problem of perception is a difficult one, as you say. I think you just have to keep hacking away at it. I think the way that you convince people that something novel is safe, is just by demonstrating that it’s safe. Obviously when Airlander launches, there’ll be very few aircraft in the sky like this and people will watch.

Do you envision it being able to cross borders? Would there be any issues with that?

No issues. From a regulatory point of view, it’s no different to any other aircraft. This is a very novel aircraft but we’re not reinventing everything. All the normal ways of building and operating aircraft effectively apply.

Would it be safe to fly across the channel or just between countries? Would it make it from London to New York?

I think London to New York is probably pushing it as you probably need a little bit more than 2,000 nautical miles to do that. But essentially within that 2,000 nautical mile range, yes. As you may know, conventional aircraft have safety rules and limitations that are to do with the number of engines that they have. And those rules are called ETOPS rules, which stands for “extended twin-engine operations”.

And what they basically say is that if you have a twin-engine aircraft, which most aircraft are nowadays, you can only fly a certain distance, which is expressed in time from land. So that means on long over-water sectors, even the most modern aircraft can’t fly often in a completely straight line, they have to stay within range of a diversion airfield. That’s a safety measure designed to cope with the eventuality of an engine quitting.

Now we’ve got a massive advantage. Airlander is a four-engine aircraft, which gives you greater inherent safety because obviously if you lose a single engine, you’ve only lost a quarter of your propulsion, not half. This also means ETOPS doesn’t apply to us so we can go anywhere. There’s no geographical restriction on our aircraft. 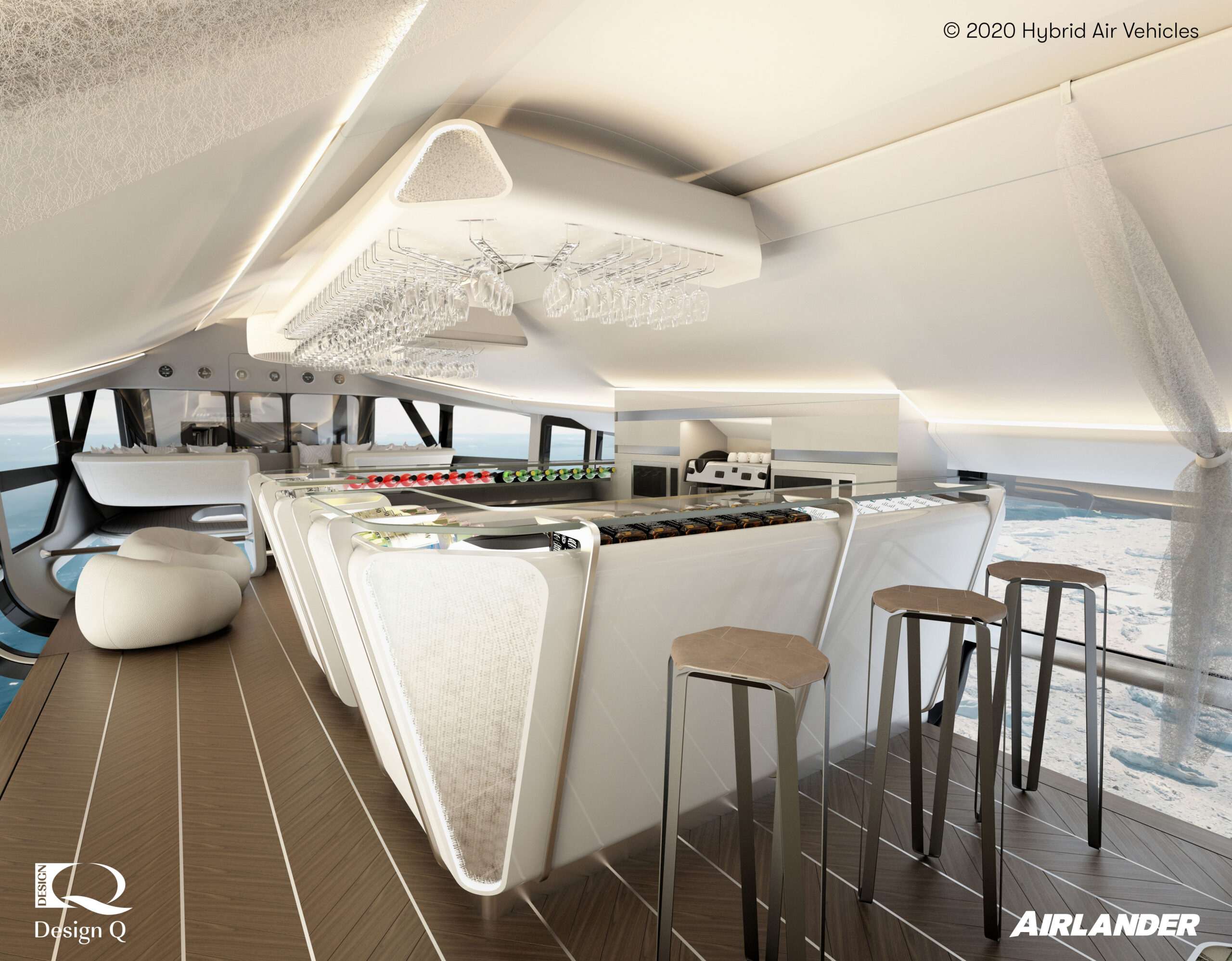 If the engines did happen to all fail, would it just float down?

You’d have an enormous amount of reaction time and time to pick where you want to land – and of course you’ve got a huge advantage that the aircraft is designed to land anywhere anyway. It doesn’t need an airport runway. It’s hard to envisage a situation where all four engines would quit and even if that happened you’ve probably got the most benign aircraft in terms of making a forced landing.

When will I be able to book a ticket?

The first aircraft is due to be delivered in 2025. So from then on really. We plan to build six to 12 aircraft a year, thereafter.

I’ve worked in aviation for 20-plus years now and I can honestly say that in the last five years, this is by far the most dynamism I’ve seen in the industry in my whole career. It’s almost like the Dot Com boom of 20 years ago – we’ve got to the point where loads of things are possible and people want them.