Air Nostrum will be the first airline to incorporate the zero-emission Airlander 10 airship into its fleet, operating on short-haul routes across Spain from 2026. Rose Dykins reports

Hybrid Air Vehicles (HAV) – a UK-based leader in sustainable aircraft technology – has announced an “aircraft reservation agreement” with Air Nostrum Group for its zero-emission Airlander 10 aircraft.

The landmark deal will see Air Nostrum – one of the largest regional airlines in Europe – become the launch customer for HAV’s hybrid Airlander 10 airship. In fact, the airline has reserved ten Airlander 10 airships for operation on its domestic routes in Spain, a move that will cut its flight emissions by up to 90 per cent.

Due for delivery from 2026 onwards, HAV is set to begin production of the fleet for Air Nostrum Group this year in 2022 in South Yorkshire, UK, creating 1,800 new British jobs in green aerospace technology. 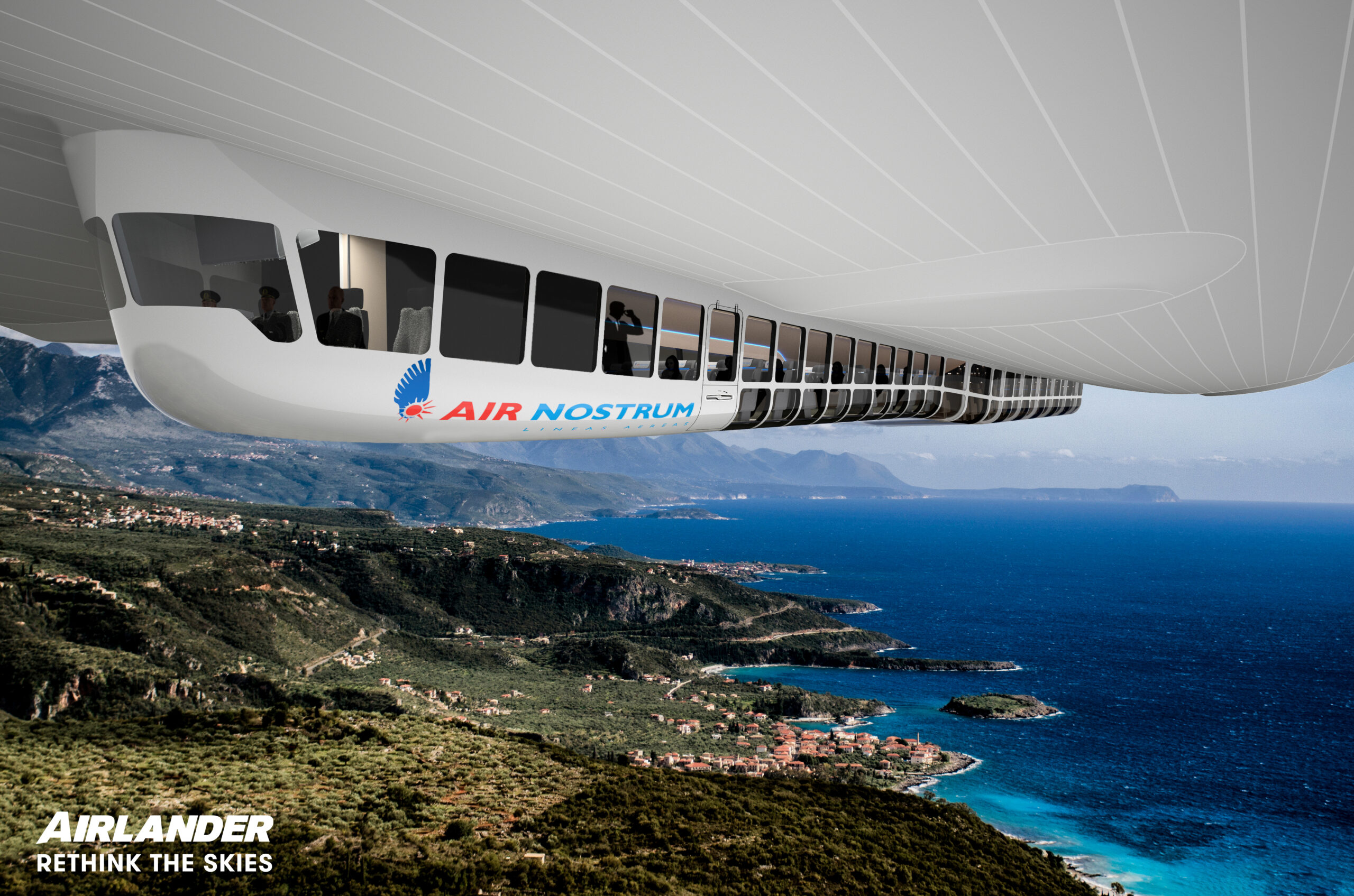 HAV expects that Airlander 10 will be the world’s first large scale aircraft to achieve a zero-emission flight. The model is already the largest of the world’s most energy-efficient aircraft – able to carry 100 passengers, or ten tonnes – and further developments in its electric propulsion technology are underway.

With its 4,000-mile nautical range and capacity to operate at 20,000 feet, the Airlander 10 is a sustainable aviation solution for short-haul, domestic routes. The hybrid-electric aircraft is powered by four engines, and the goal is for all of these to be fully electric by 2030, enabling a completely zero-emissions aircraft.

Air Nostrum Group and HAV spent six months studying and modelling the operation of Airlander 10 on Spanish domestic aviation routes – and the associated costs – before the agreement was reached. The Airlander 10 aircraft are set to complement the existing Air Nostrum fleet that currently operate on these routes, producing approximately one tenth of the harmful emissions of traditional planes. 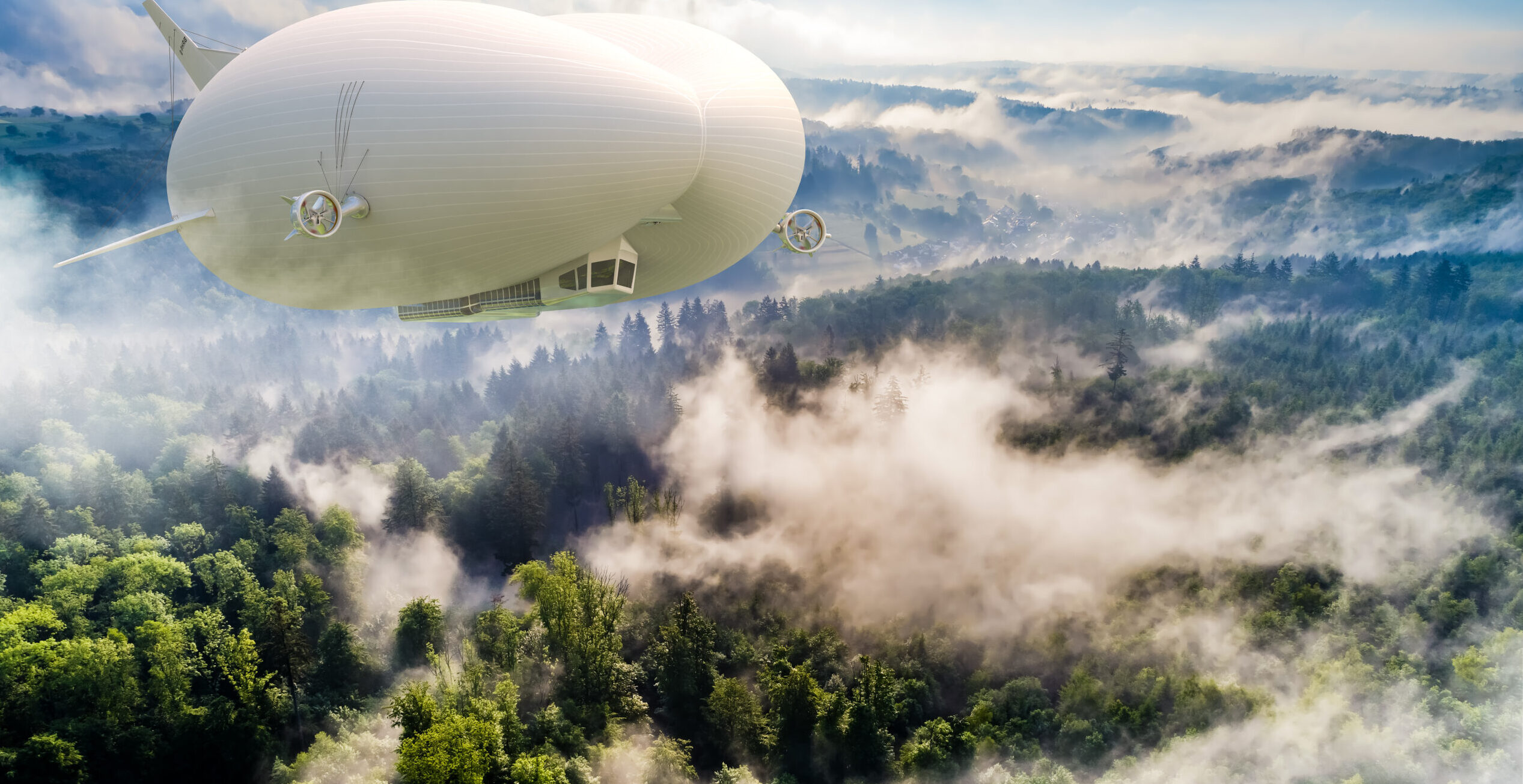 HAV is in talks with the South Yorkshire Mayoral Combined Authority (SYMCA), Doncaster Council and other local and national stakeholders on plans to manufacture Airlander 10s within a new green aerospace manufacturing cluster in South Yorkshire.

The UK’s business secretary, Kwasi Kwarteng, says: “Hybrid aircraft could play an important role as we transition to cleaner forms of aviation, and it is wonderful to see the UK right at the forefront of the technology’s development.

“This agreement enhances the possibility of the revolutionary, British-made and designed, Airlander 10 aircraft flying across Spanish skies. It is more proof of how the UK’s businesses are embracing new technology to drive growth and support high skilled UK jobs.”

Carlos Bertomeu, Air Nostrum’s president, says: “We are exploring each and every possible way to reduce our carbon footprint. The Airlander 10 will drastically reduce emissions and for that reason we have made this agreement with HAV. Sustainability is already a non-negotiable fact in the daily operations of commercial aviation. Agreements such as these are a very effective way to reach the de-carbonisation targets contemplated in the Fit for 55 legislative initiative.”

Tom Grundy, CEO of HAV, says: “Airlander is designed to deliver a better future for sustainable aviation services, enable new transport networks and provide rapid growth options for our customers.

“Our partnership with Air Nostrum Group, as the launch airline for Airlander 10, leads the way towards that future. As countries like France, Denmark, Norway, Spain and the UK begin to put in place ambitious mandates for the decarbonisation of domestic and short-haul flights, Hybrid Air Vehicles and Air Nostrum Group are demonstrating how we can get there – and get there soon.”

eDreams ODIGEO claims subscriptions are the future of travel