The 2022 Global Peace Index reveals the effects of post-Covid financial uncertainty and the Russian war with Ukraine. Jack Southan reports

Peacefulness around the world has declined to its lowest level in 15 years, according to the 16th edition of the Global Peace Index (GPI) from international think-tank the Institute for Economics and Peace.

The report reveals that the average level of global peacefulness deteriorated by 0.3 per cent since 2021. This is the 11th deterioration in the last 14 years, with 90 countries improving, and 71 deteriorating.

Deaths from external conflict have risen dramatically, driven by the Russian invasion of Ukraine, while the global economic impact of violence as a whole has risen to US$16.5 trillion, the equivalent of 10.9 per cent of the global GDP.

The report did have some good news, though – terrorism rates have continued to decrease, with 70 countries recording no attacks in 2021, which is the lowest since 2008.

However the political terror scale, political insecurity, neighbouring country relations, refugees and internally-displaced-persons (IDPs) reached their worst score since the inception of the GPI.

For the fifth consecutive year, Afghanistan is the least peaceful country in the world, followed by Yemen, Syria, Russia and South Sudan. 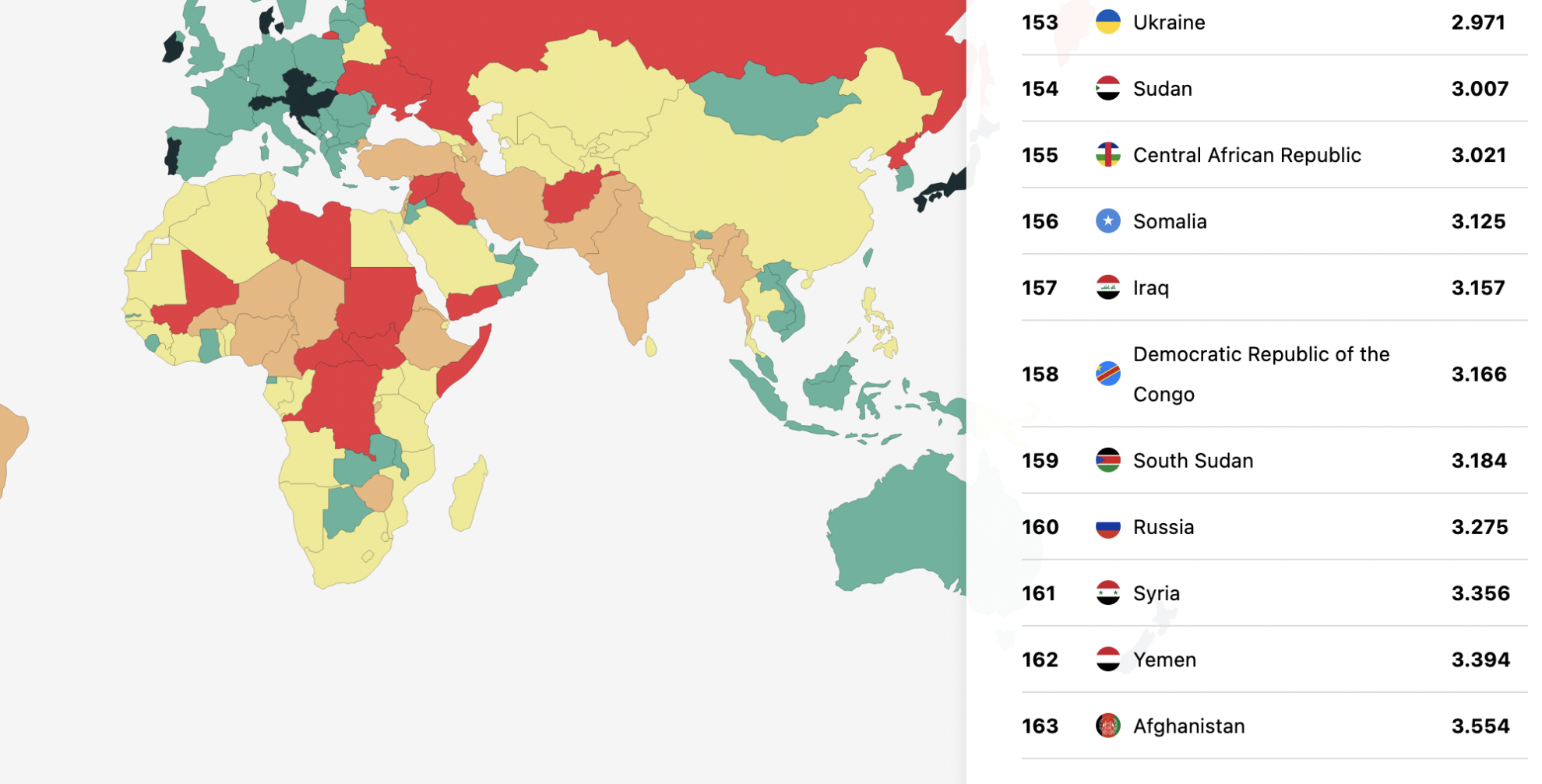 Steve Killelea, founder of the IEP, says: “Last year we warned about the economic fallout from Covid-19. We are now experiencing supply chain shortages, rising inflation, and food insecurity that have been compounded by the tragic events in Ukraine. The political and economic consequences of this will reverberate for years to come.”

He adds: “The economic value of lost peace reached record levels in 2021. There is a need to reverse this trend, and the GPI has shown that those countries that implement the attitudes, institutions and structures that create and sustain peaceful societies, witness an improved economic outcome.”

Two of the five countries with the largest deteriorations in peacefulness were Russia and the Ukraine. They were joined by Guinea, Burkina Faso and Haiti. All these deteriorations were due to on-going conflicts.

Although South Asia remains the second-least peaceful region in the world, it has in fact recorded the largest increase in peacefulness as a whole due to the many improvements in political stability in the region.