As offices become redundant, remote working is set to become a big, long-term trend for the future but where are the best cities to be based? Samuel Ballard reports

As the world begins to emerge from government-imposed lockdowns, many businesses have realised that remote working functions far better than they would have thought possible.

Twitter has announced that its employees can work remotely “forever”, if they so choose, while Google will let staff work from home until the end of the year and Facebook says it plans to shift towards a more remote workforce as a long-term trend.

MasterCard employs about 20,000 people globally, and will let them make the decision about if or when they return to a physical office.

While the death of the office may be being exaggerated by commentators, many companies are considering whether they need to be spending a good chunk of their revenues on costly city centre real estate. Especially when that money would be put to better use in research and development or extra staff. Or even insulating the company from a dreaded second spike.

Within that vein, a new index has revealed the 50 best and worst cities in the world for remote working. The rankings, created by Broadband Deals, an internet comparison website, compared cities based on the average internet speed, availability of food delivery companies, the number of remote working jobs available, the cost of a laptop in the city and the cost of living.

It found that Bucharest was the world’s best city for remote working. Followed by Houston, Las Vegas and Atlanta. The rest of the top ten was made up of Budapest, San Francisco, Los Angeles, Kiev, Chicago and Warsaw. 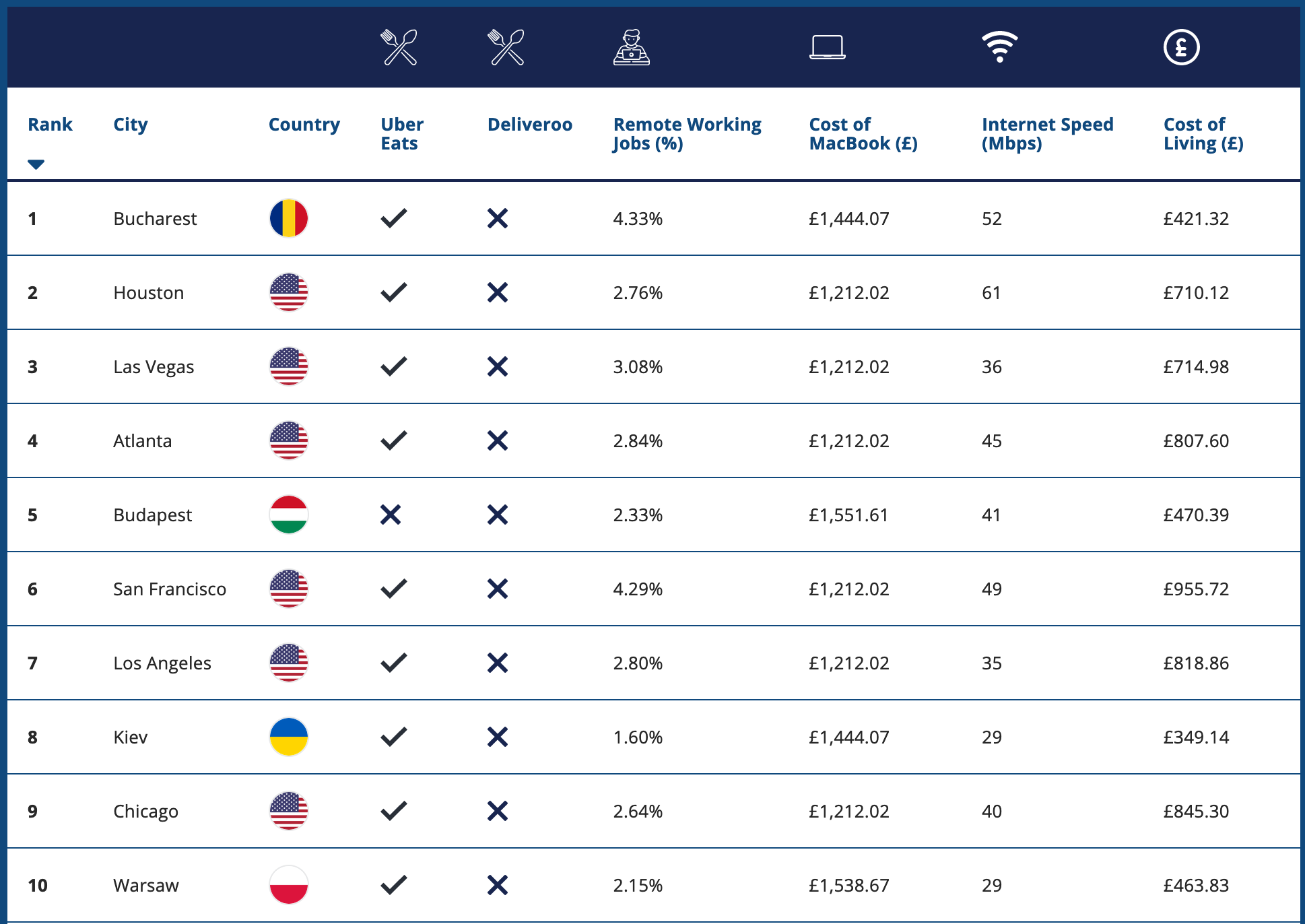 “Houston, Texas, came in second place as the best place to work remotely due to its great internet speed at 61 Mbps and lower outgoings for a Macbook and the cost of living.” New York was ranked 15th.

Two Italian cities topped the list of the worst places to remote work. Rome and Milan were ranked first and second, followed by Seoul, Paris, Hamburg, Amsterdam and London. Cologne, Munich and Manchester were also among the ten worst cities for remote working. 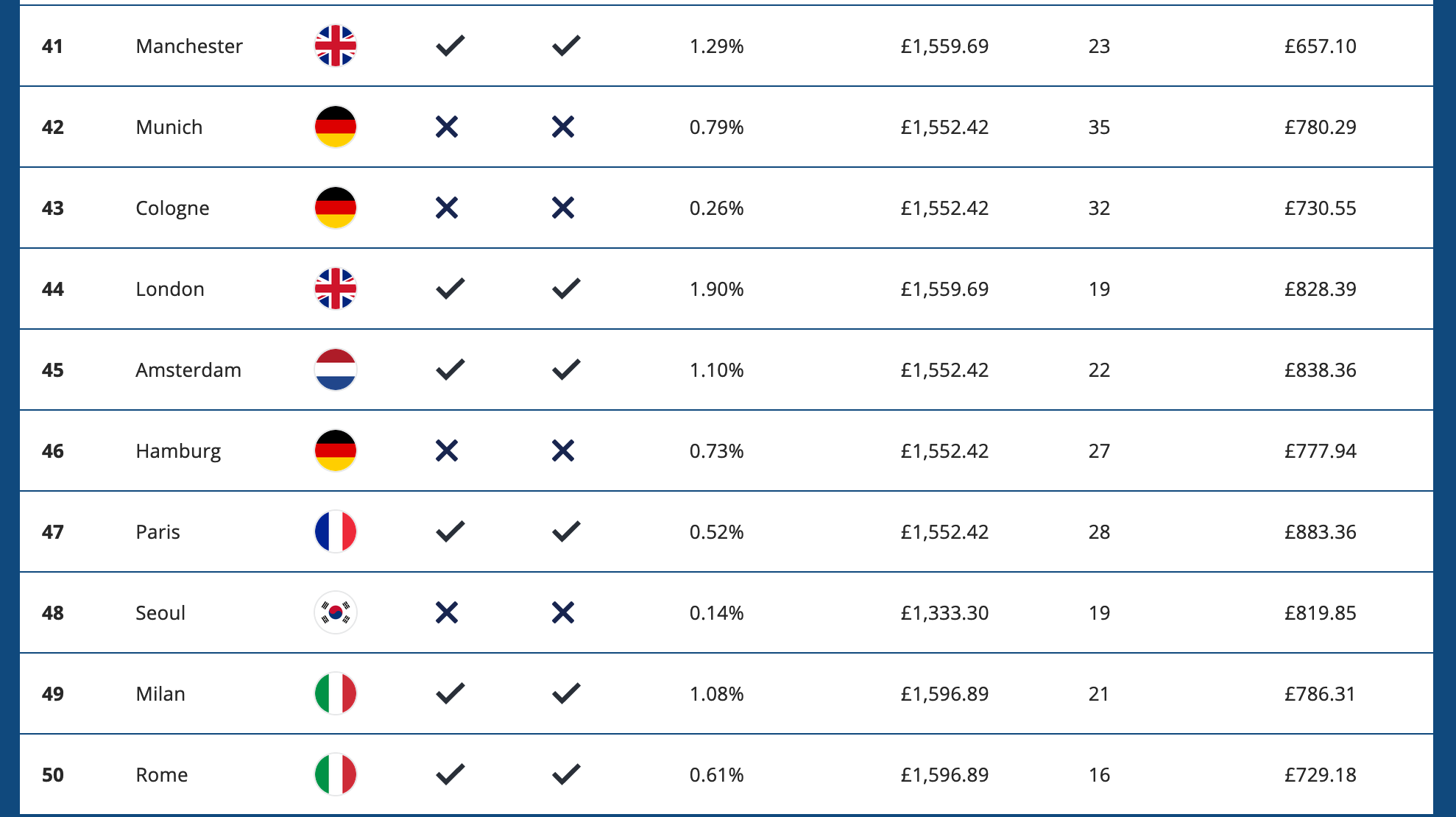 A statement from the company added: “With declining internet speeds, European Cities as well as Seoul in South Korea are some of the worst cities to work from remotely.

“Interestingly Italy continues as the country that you’re least likely to successfully work from remotely with Milan’s low amount of remote working roles and weak average internet speed at 21 Mbps holding it back.”

Broadband Deals also revealed that Singapore’s Changi airport was the best in the world for remote working, while London-Stansted was the worst. Eight of the top ten worst airports for remote working were in the UK.