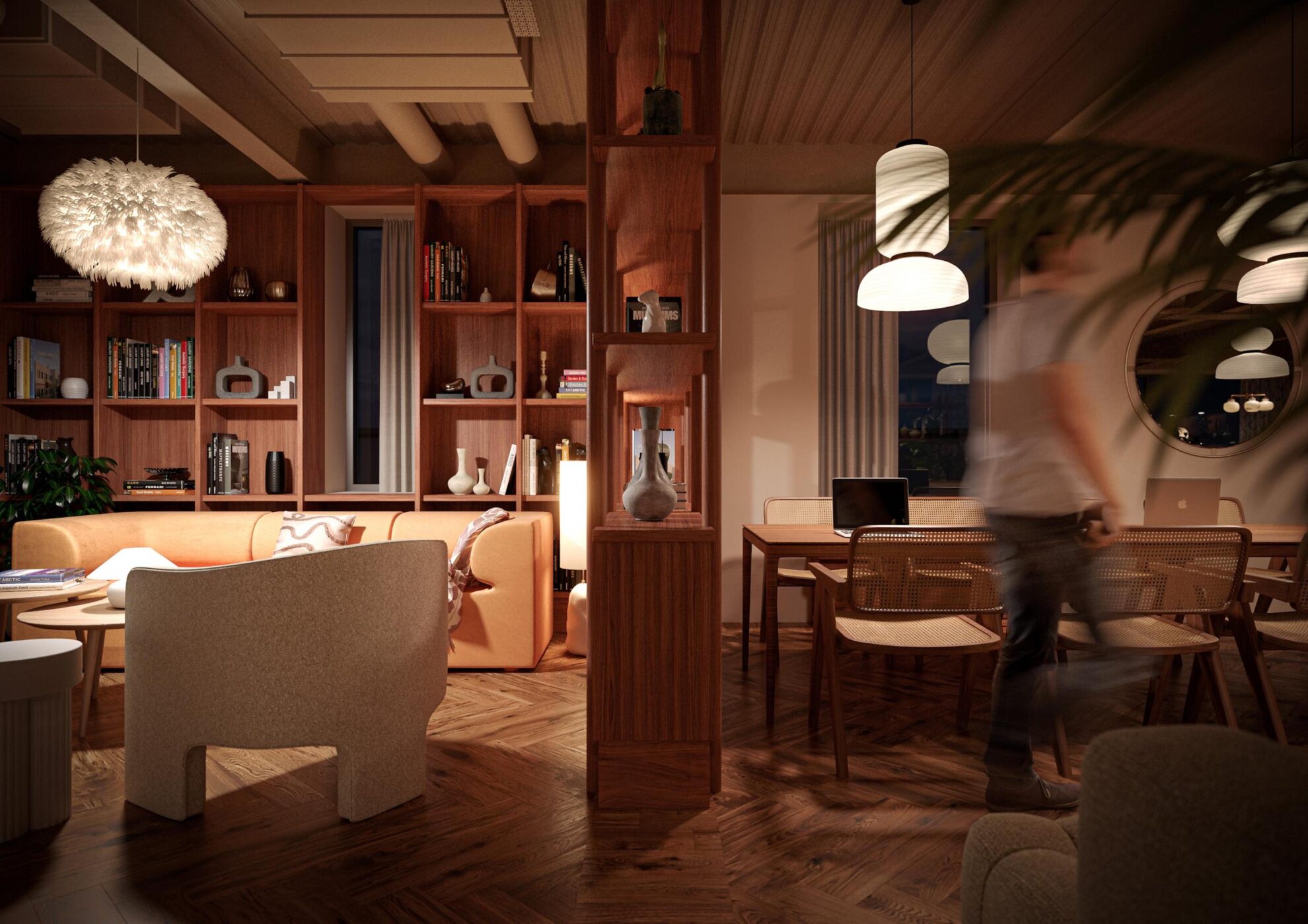 Co-living brand Ark has launched its first location in London, where people pay a single bill to live, work and play under one roof. Rose Dykins reports

Offering an alternative to traditional rental accommodation, co-living brand Ark has unveiled plans for its debut community-centric rental concept, which will open in London’s Wembley Park in September 2022.

Offering stays from two-nights up to one year, Ark’s concept aims to take the stress out of living in London during the cost-of-living crisis by providing the certainty of a single fixed bill.

The 300-room Wembley Ark will be the inaugural location for Ark, which seeks to provide a flexible, hybrid live-and-work concept in response to post-pandemic living. Housed in a former hotel building, the co-living concept was designed by Holloway Li design studio, which took a low-impact approach to the renovation, retaining elements from the existing space so as to minimise waste. 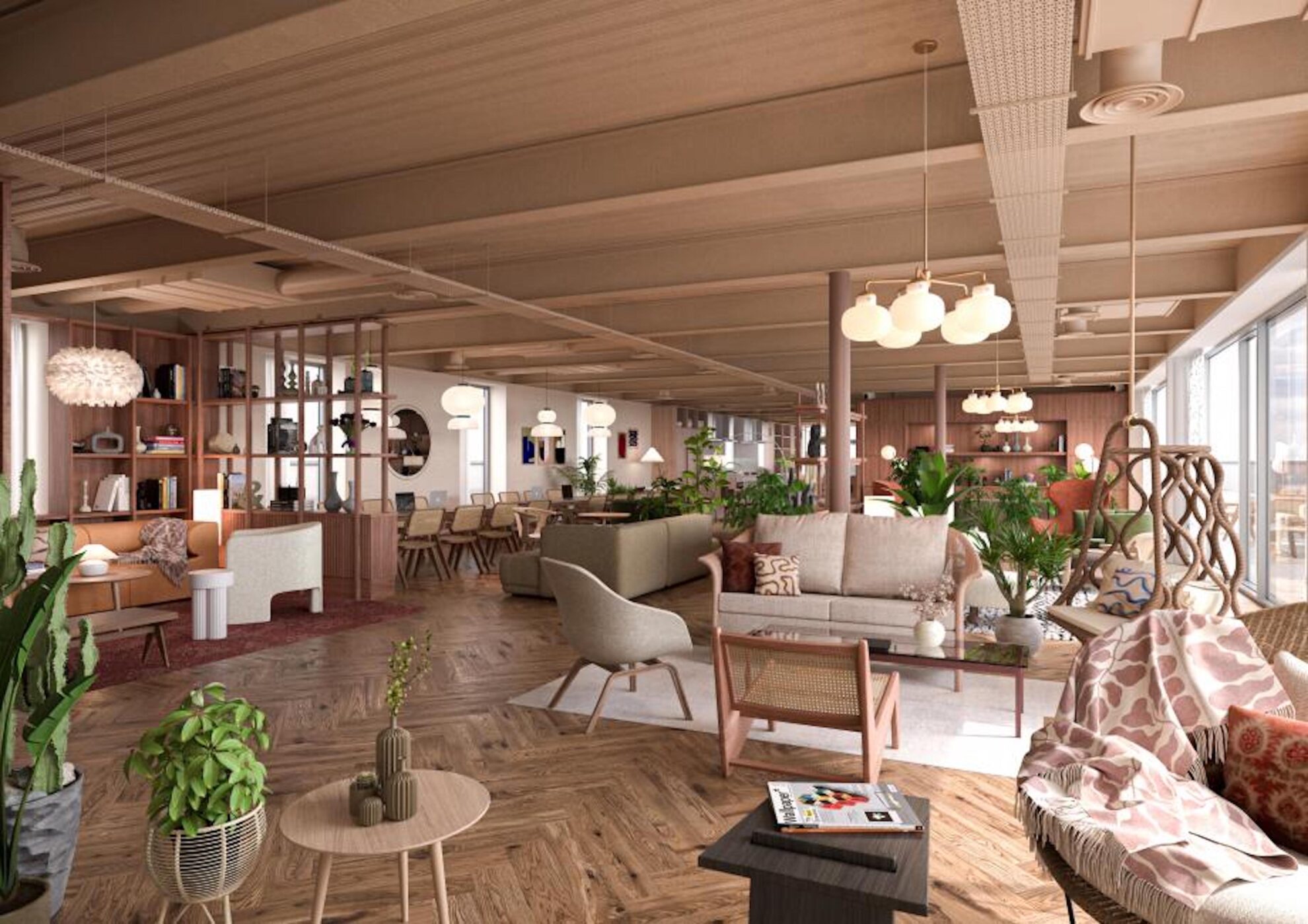 Tenants at Wembley Ark will pay an all-inclusive bill. This includes their rent for a private en-suite studio; all utilities; access to design-led amenities including coworking, communal living areas and a rooftop terrace offering panoramic London views; use of a 24-hour gym, a yoga space and a Peloton spin studio; and access to a daily cultural events programme – from cocktail making to pottery classes.

The all-inclusive bill entitles tenants to unlimited co-working access and superfast wifi, and applies to any length of stay.

Holloway Li – which also designed spaces for the Hoxton and Locke hotel brands –  imagined the common areas of Wembley Ark as the rooms of a “very large house”. These include a high-spec communal kitchen, a dining area, a multimedia room and the co-working space. The latter has private meeting rooms and booths that serve as quiet zones for deep work.

Na Li, managing director and co-founder of Holloway Li, says: “Inspired by the interiors of canal boats, and playing on the idea of the ‘Ark’, we used timber shelving and panelling, subtly reminiscent of a traditional drawing room, to break down large open plan areas while retaining a convivial openness. The co-working area feels like a large dining table to gather and work around, while the communal kitchen takes on the social quality of a country farmhouse kitchen.”

Meanwhile, the 325 sqm landscaped open air rooftop terrace will host barbecue socials, music events, and wellness activities, creating a social hub for guests to enjoy 360-degree vistas of the capital. It will also feature  allotment beds, so guests can grow their own vegetables – which Ark has identified as a post-pandemic trend. 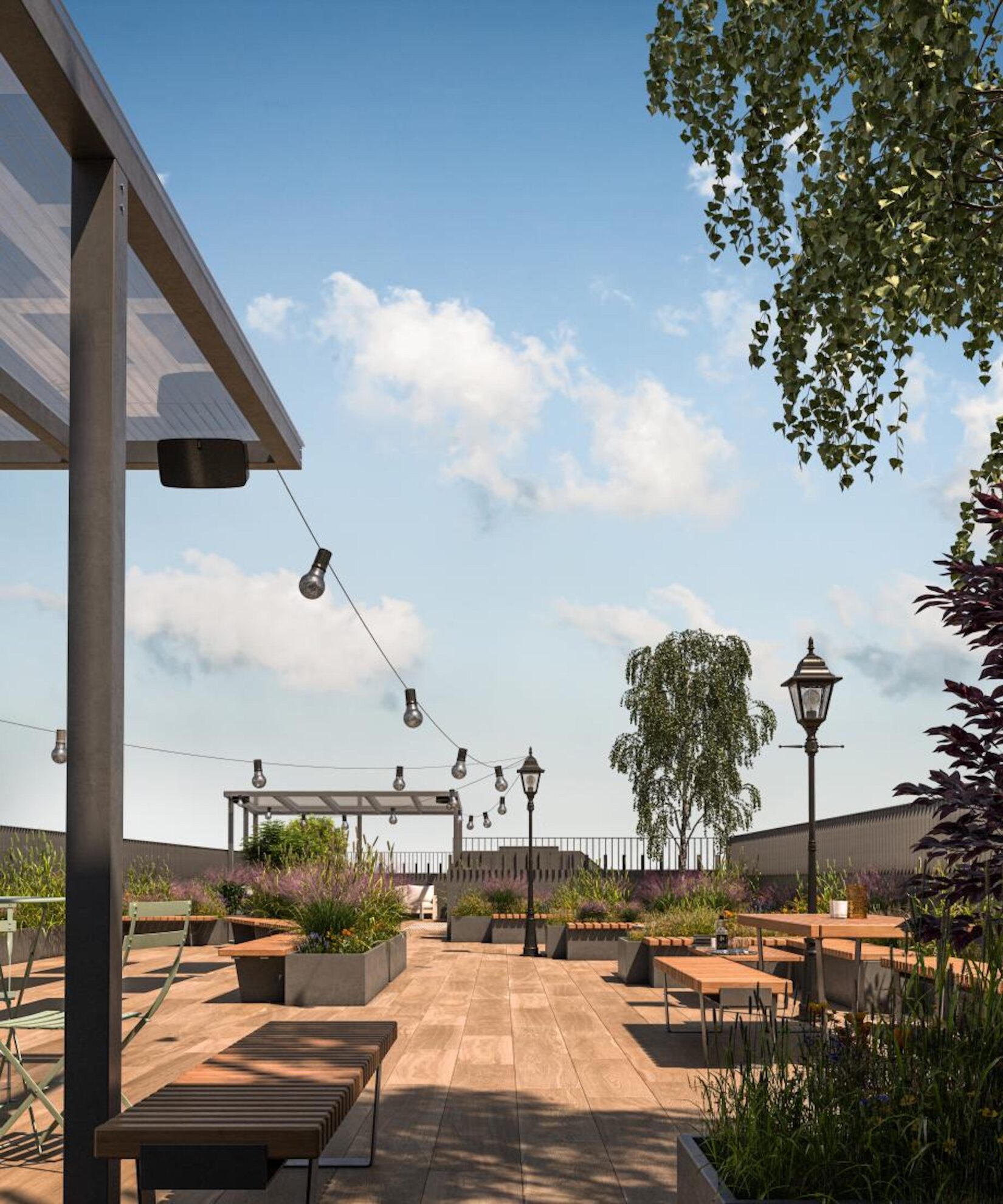 Charlie Gayner, co-founder of Ark, says: “We created Ark to directly respond to the shift in working patterns in a post-pandemic world, rise in urban loneliness, unprecedented increases in living costs, and growing demand for all-inclusive and more flexible living options in London.

“In its most simplistic form, an ‘Ark’ is a safe vessel which houses a community of diverse individuals that are going on a journey, with all the provisions needed under one roof. The design concept we’ve created with Holloway Li perfectly captures our ambition to build a brand around community and social interaction.”

Alex Holloway, creative director and co-founder of Holloway Li, says: “Our design concept for Wembley Ark aims to foster a sense of community through a series of domestic, intimate spaces which are underpinned by a low impact design approach. We began by researching the history of collective living to understand how to build a resilient long-term community, while catering for a variety of desires and interests… Every element was curated carefully, allowing the space to feel as if it had developed organically and feel ‘lived in’ as a house might.”

During the refurbishment of the former hotel building, Wembley Ark donated more than 1,000 pieces of furniture to local families and shelters in response to the rising cost of living, as part of its commitment to supporting its neighbouring community. The co-living commune will also offer free accommodation for local women who have experienced domestic violence, by partnering with the nearby Al-Hasaniya Women’s Centre.

Jermaine Browne, co-founder of Ark, says: “London can be isolating and monotonous at times for many people – and that’s never good for our mental health, or our communities. Ark aims to reset how we live and stay in London by creating living and social spaces which are designed to connect people and inspire personal growth.

He adds: “Being a good neighbour to our local community is also really important to us. We firmly believe that no bed should ever be empty in London, and we will always look to offer available rooms to those who need them the most by partnering with local charities, social enterprises and community groups, wherever possible, to make a genuine and positive difference.”

Rooms at Ark Wembley are now available to book with a fixed all-inclusive bill from September 2022.