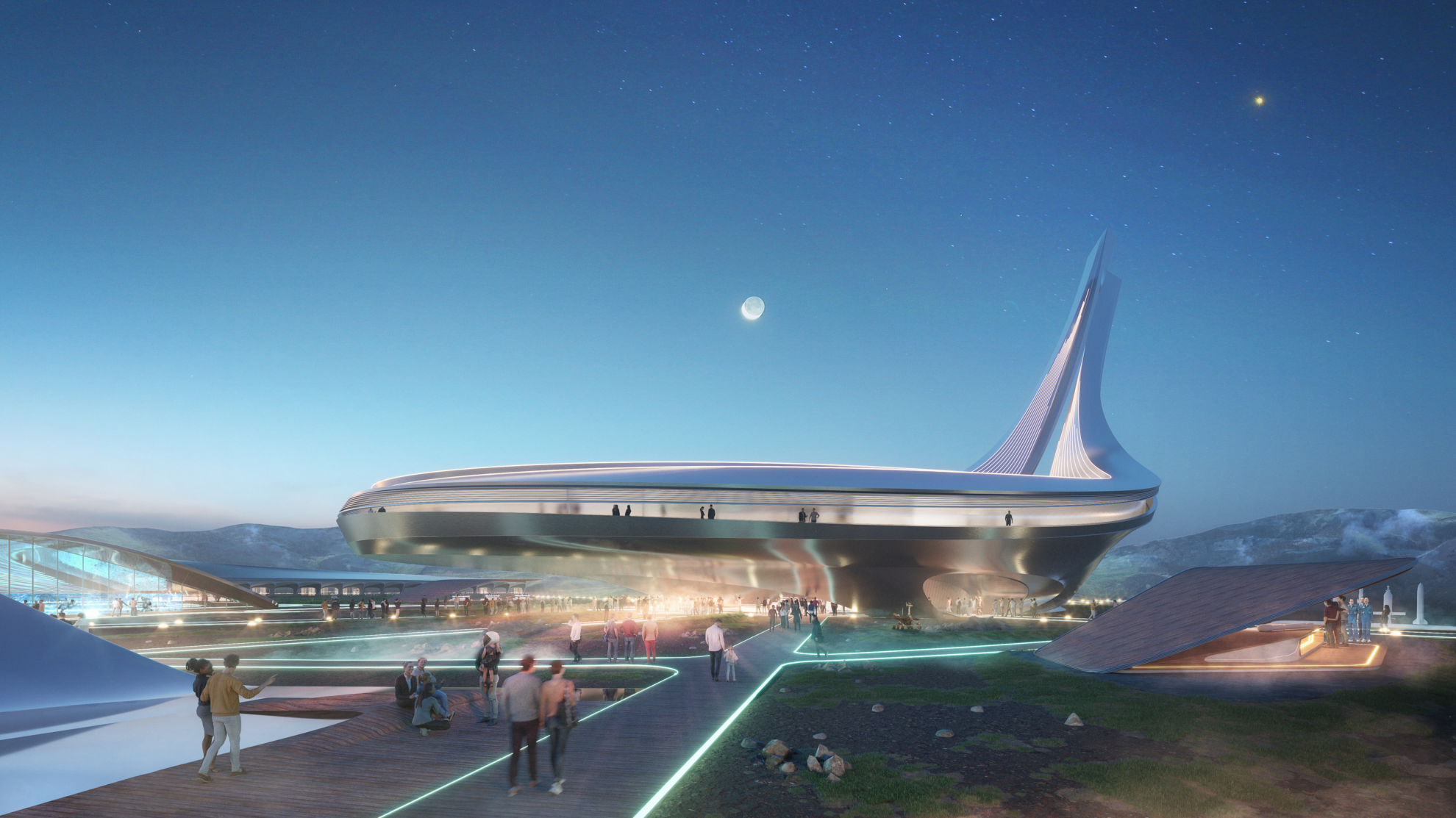 In readiness for the launch of upcoming reality TV show Space Hero, a series of ten Space Villages are being built to accommodate fans, contestants and tourists. Jenny Southan reports

Space Hero is an upcoming reality television show contest that plans to send a winner to the International Space Station. The show is scheduled to air in 2023.

Emerging from a partership between Space Hero, German architectural firm Lava and One Digital Entertainment (Asia’s leading digital media, technology and creator network), the Space Village will take the form of a series of ten futuristic space-inspired hubs in locations around the world.

Groundbreaking on the Space Village sites is scheduled for late 2022. A spokesperson told Globetrender: “Locations for the villages are still in discussion but the plan for opening is in 2023.”

Each Space Village will feature a large space centre, “sci-fi” attractions, activities and a “glimpse of forward-looking technology that will stimulate the visitor’s imagination”.

They will also feature a media studio for the production of Space Hero, and a hotel where fans of the series will be able to watch events unfold in real-time.

As part of the Space Hero series, 24 finalists will need to complete numerous challenges  – including thriving underwater in a buoyancy tank – in a setting that resembles the various conditions of space to prepare for an “extraordinary mission”.

The challenges will resemble the endurance tests astronauts must complete when training to go into space. Inside the Space Village hubs, finalists’ living quarters will model spacecraft conditions and they will need to create their own energy and grow food. 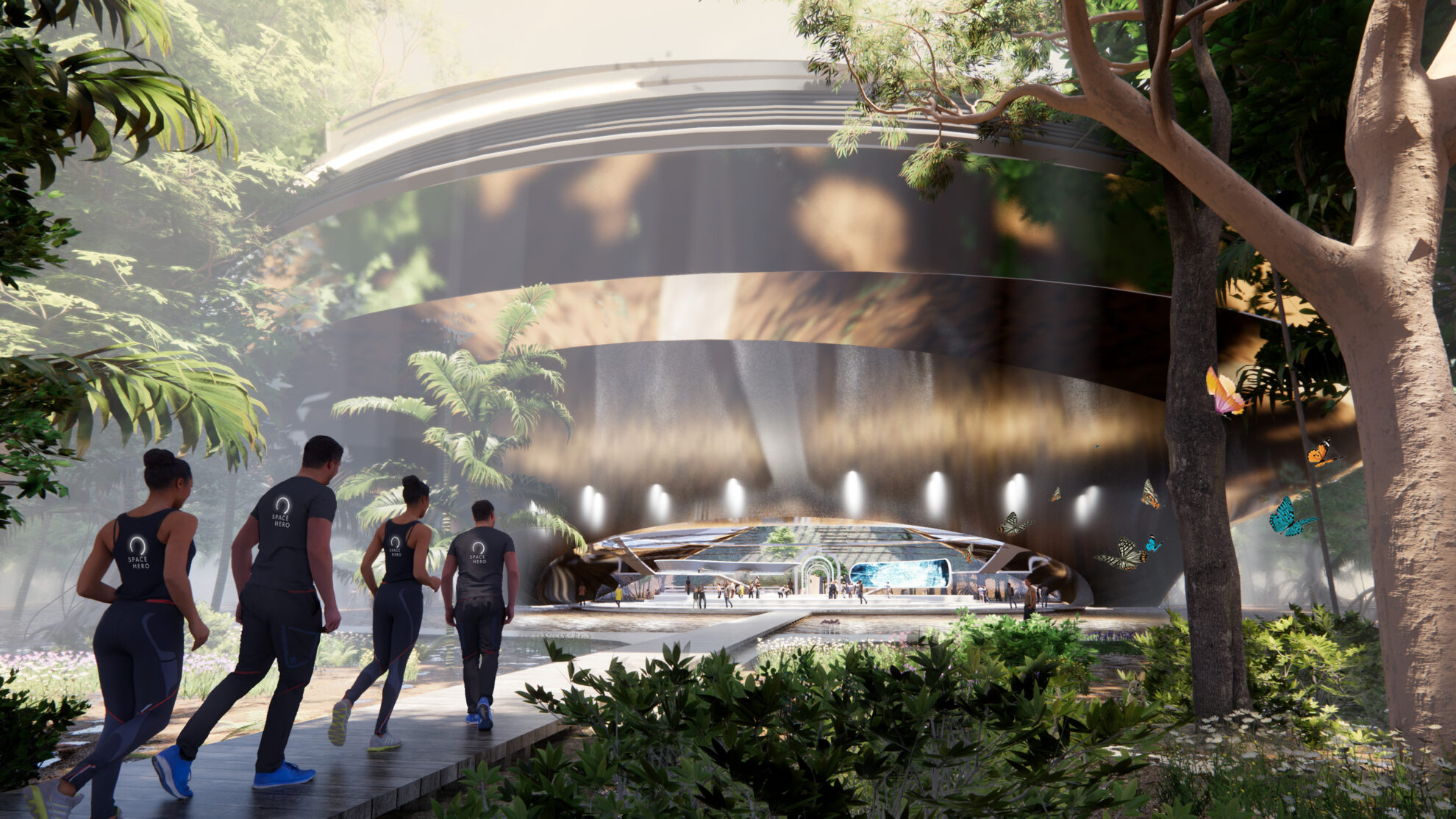 A jury, which will include a group of experienced astronauts, scientists and professional athletes, will observe the finalists’ behaviour and character. Global audiences will be able to vote for their favourite finalist during weekly episodes.

“Visitors to Space Village will experience what life could be in 30 years; sustainable, yet comfortable, healthy and happy,” says Thomas Reemer, co-CEO of Space Hero, says: “We want to show our visitors a future that they can look forward to, using the endless possibilities our planet has to offer.”

Deborah Sass, co-CEO of Space Hero and a Council Member of the World Economic Forum’s Global Future Council for Space, says: “Travelling to the stars continues to be the dream of millions of people around the world, and the Space Village will offer visitors that space-themed futuristic thrill of a lifetime. Children will be inspired to prepare for a career in space and join expeditions to the Moon, Mars and beyond.”

Space Hero is the world’s first-ever global competition TV series where contestants compete for a US$55-million, seven-day trip to space – the biggest prize ever awarded on TV. The competition for this once-in-a-lifetime journey will be open to anyone over 18 who speaks English.

Lava co-founder Alexander Rieck says: “We didn’t just want to simulate a space craft or living on Mars but showcase how technology that is developed for conditions in Space, is benefitting the future of living on planet Earth. With 10 more Space Villages to be built all over the World, we have a chance to explore any living condition and how to react to it.

“Space Village brings back the hope for an astonishing future world full of miracles. It connects the old dream of travelling to the stars with more actual needs of a sustainable, healthy, and healing Earth.”

Shabir Momin and Gurpreet Singh, co-founders of One Digital Entertainment, say: “We see this as an opportunity to not just build something extraordinary but also extremely futuristic, as people on Earth are inevitably finding ways to live sustainably in the future.

“We believe that we will create experiences and motivate people in general through these theme parks on all elements of travel, sustainability, and empathy for our environment. Space comes closer with jaw dropping experiences for everyone, which only a handful of a lucky few have experienced so far. We are fully capable technologically and at scale to make this a global success.”

Space Hero has established relationships with over 145 Government agencies and Private Space companies in over 63 countries, including NASA, the Japanese space agency JAXA, the Canadian space agency CSA, and the Nigerian and Brazilian space agencies.

The series will begin with a global search for everyday people from any background who “share a deep love for space exploration”.