High-altitude balloons could soon be taking tourists into the stratosphere

High-altitude balloons could be taking everyday cosmonauts to the edge of space, offering dramatic views of Earth from the stratosphere for those who dare to book a ticket. Sam Ballard reports

There is no doubt about it, the space race is hotting up. However, these days, it’s not global nation states competing against each other – it’s the battle of the billionaires. And, whether you are rooting for Richard Branson’s Virgin Galactic or Elon Musk’s SpaceX, they have certainly got the world’s attention.

However, while the pair are vying to be the first to take tourists into space – there has been a surprise contender that has seemingly risen out of nowhere: space balloons. 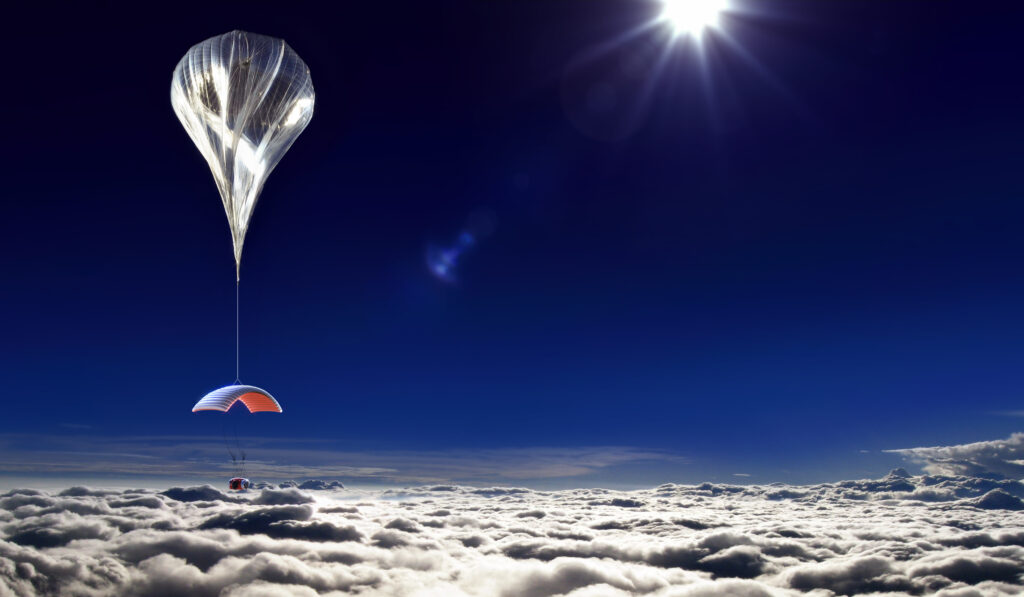 The concept of high-altitude balloons has been around for centuries, ever since the first hydrogen balloon was launched in Paris in 1783.

Over the years, the technology has developed to allow passengers to rise to dizzying new heights – as anyone who has watched Felix Baumgartner’s 38,969-metre skydive will attest.

There are now companies that are looking to harness that technology and take passengers more than 30km up in a balloon to enjoy a perspective of the planet that few have had the chance to enjoy before. Optimistic outlooks suggest that this could be happening within the next couple of years.

One such initiative is World View, a project by the Paragon Space Development Corporation. Guests will board a capsule that will rise 30,000 metres by means of a helium balloon.

According to the company, once at that height, passengers will “experience the space environment, including a period of weightlessness and the iconic space view: a curved Earth with its thin blue atmosphere against the blackness of space”.

Nigel Goode, director at PriestmanGoode, the design agency behind the capsule, says: “This is a dream project to work on. It’s incredibly exciting to be part of this nascent industry. Inspired by our work designing luxury aircraft interiors, our design vision focuses on enhancing comfort on-board the capsule to create a truly transformative human experience.”

The World View flight will incorporate an ascent of roughly one-a-half to two hours with the capsule then spending between two and six hours when it has reached an altitude of roughly 30km. It will then be a much faster 20- to 40-minute descent back to Earth.

Goode adds: “We have been working closely with Jane Poynter and Taber MacCallum, who founded the Paragon Space Development Corporation. They are both at the forefront of aerospace technology and brought us in for our expertise designing luxury travel experiences. It’s been an inspiring process to combine our different skills to define the experience of premium space travel.”

PriestmanGoode has also designed balloon passenger cabins for another project called Space Perspective, which also rises 30km into the air. 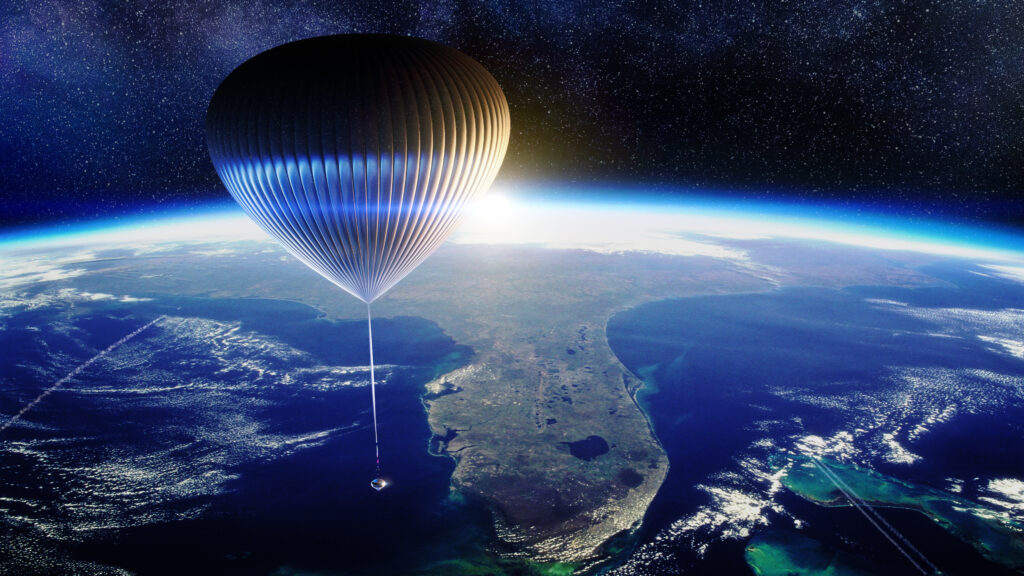 Meanwhile, Bloon, part of Zero to Infinity, is looking at taking its guests even higher – up to a giddy 36km, which is above 99.5 per cet of Earth’s atmosphere.

Speaking to Globetrender, José Mariano López Urdiales founder and CEO of Zero 2 Infinity, says that he started the company in order to share his experiences with others.

“I’ve been fortunate to have space in my life since I was little, my father is an astronomer,” he says. “I’ve always felt strongly that more people should get to do things in space. Bloon is the way.”

The outlook for a first flight is constantly evolving, Urdiales says, however, he is hopeful that the first flight for space tourists could be as early as 2022, with professional flights happening even sooner.

“Balloons are the only affordable, safe and cost-effective way to democratise space tourism.” By 2030, UBS predicts the space tourism industry to be worth US$3 billion.