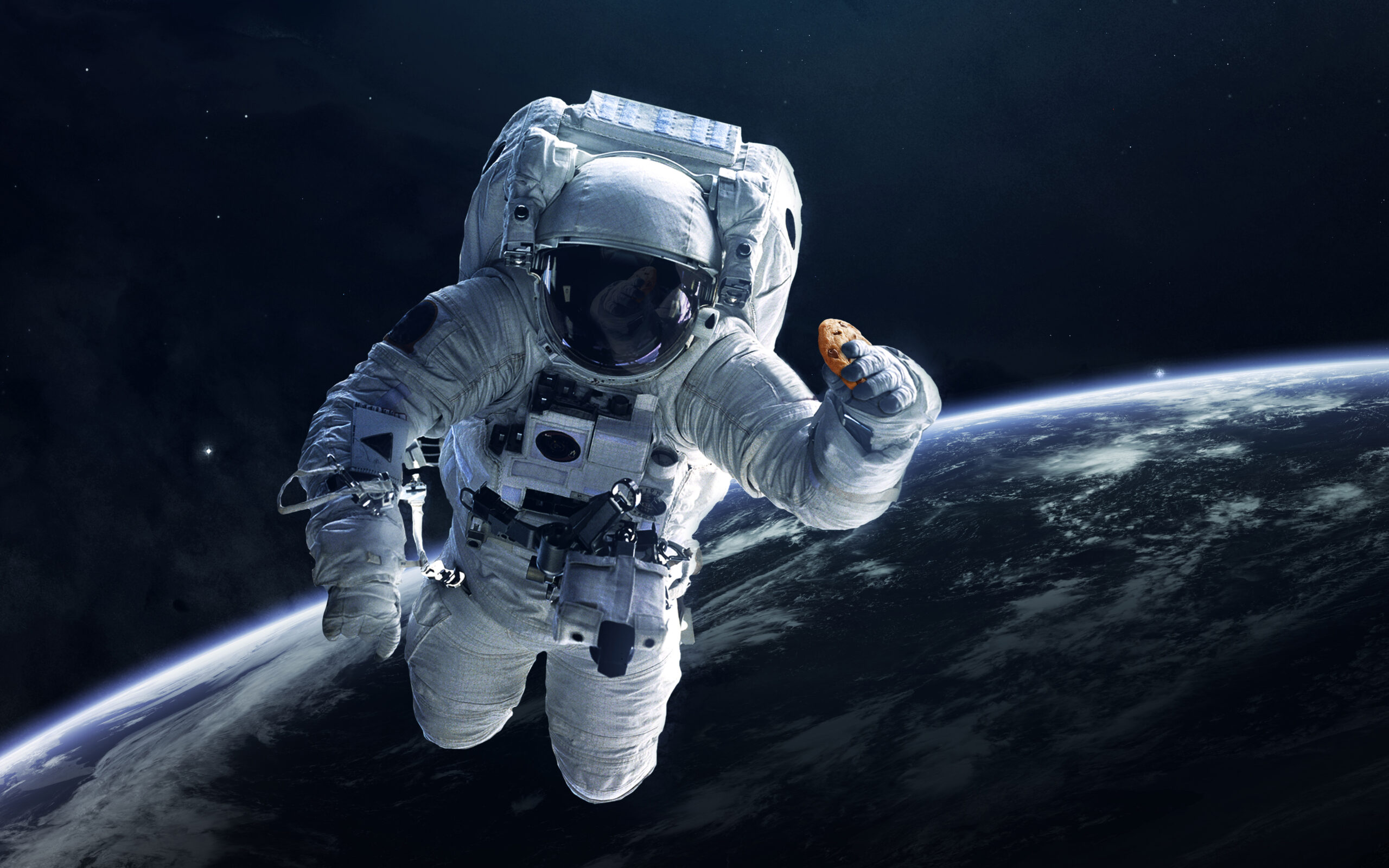 In January, astronauts on the International Space Station (ISS) baked DoubleTree’s signature chocolate-chip cookie – becoming the first food to ever be baked in space. Now the hotel company is sharing its recipe with the public. Jenny Southan reports

DoubleTree, which is a member of Hilton’s portfolio of hotel brands, is famous for the cookies it gives out free to people arriving at check-in (more than 30 million are consumed every year). But at the beginning of 2020, it took part in an experiment to bake them in space.

In partnership with Zero G Kitchen, proprietors of the first space oven, Nanoracks, DoubleTree became the first hospitality company to participate in research aboard the ISS.

How did the experiment work? Following a launch in November from NASA’s Wallops Flight Facility in Virginia, ISS Commander Luca Parmitano of the European Space Agency baked the DoubleTree dough inside the prototype oven, one cookie at a time, as fellow crew members, including NASA astronaut Christina Koch, observed.

The average DoubleTree chocolate chip cookie bakes in a convection oven for 16 to 18 minutes at 149ºC on Earth, but there was no recipe for baking cookies in orbit.

Astronauts on the ISS were told to adjust the cooking time for each of the five cookies (the first four at 149ºC and the fifth at 176ºC) to determine the ideal conditions in space. The first cookie baked for 25 minutes and was still under-cooked. The second cookie released a freshly-baked cookie aroma in the ISS after cooking for 75 minutes. 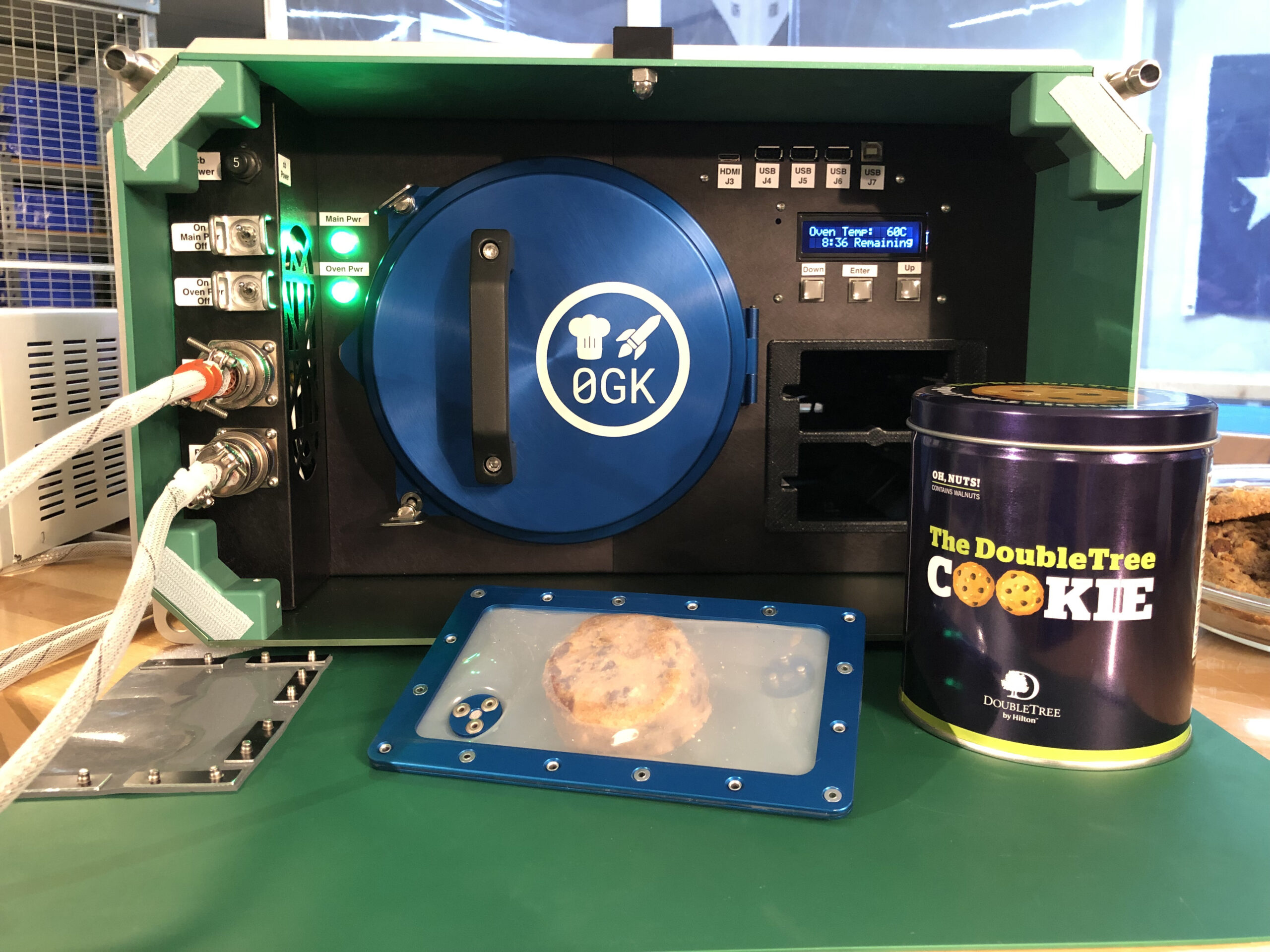 Although some people thought that without gravity the cookies would be more spherical, the shape and consistency of the DoubleTree chocolate chip cookies was the same in space as on Earth. 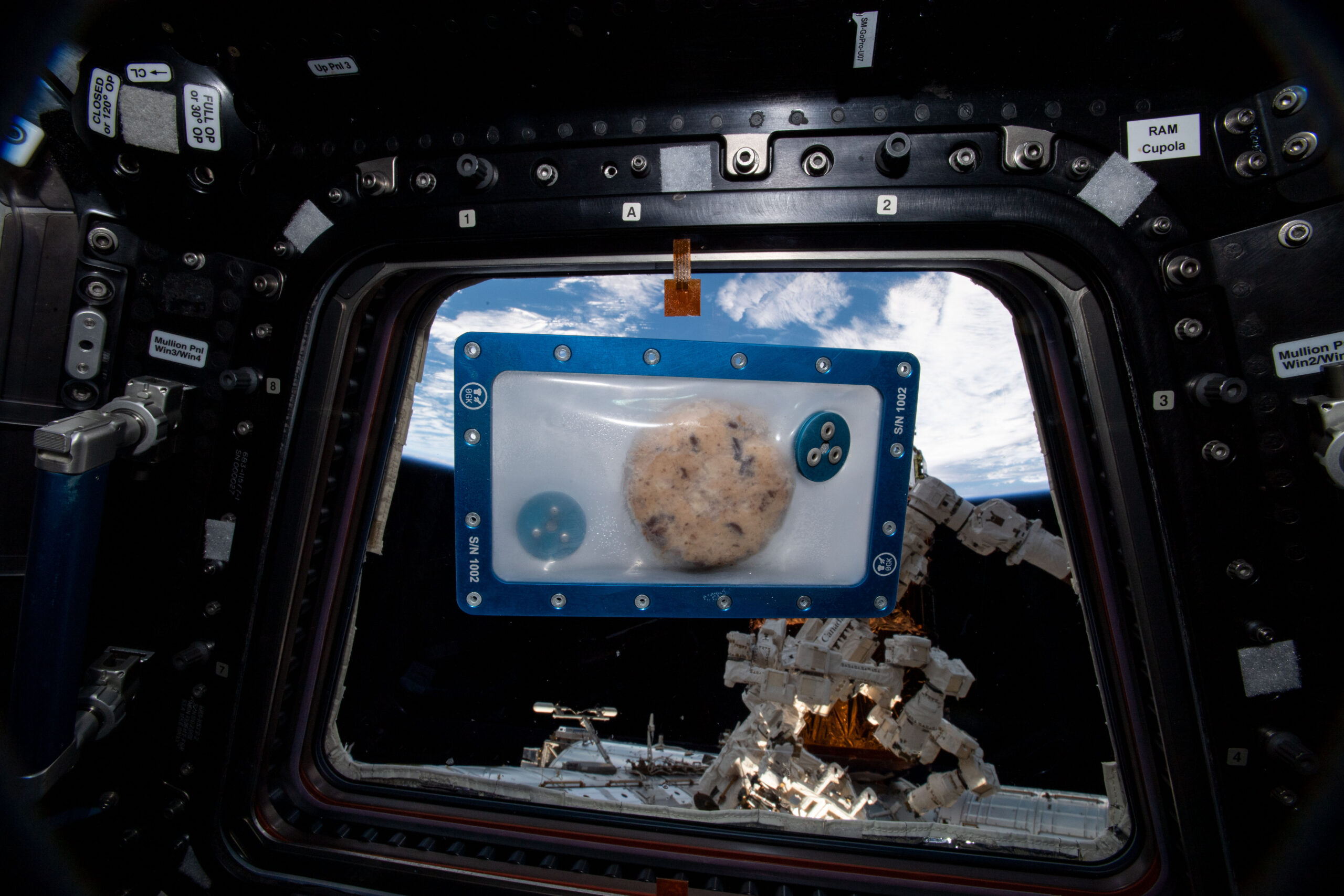 “Perfecting the baking process for our DoubleTree cookies took time, even on Earth, so we were excited to learn that our cookies appeared to look and smell the same on the ISS as they do in our hotels,” said Shawn McAteer, senior vice-president and global head, DoubleTree by Hilton.

“The innovation displayed throughout this experiment and emphasis on making long-duration space travel more hospitable underscores our ongoing commitment to ensuring guests always have a comfortable stay, wherever they may travel.”

Three of the DoubleTree chocolate chip cookies returned to Earth on the SpaceX Dragon spacecraft at about 1041 ET on January 7, 2020. The hotel company plans to preserve the cookies in a place where visitors can view them and learn more about this experiment. Maybe one day, they will be consumed in space hotels. 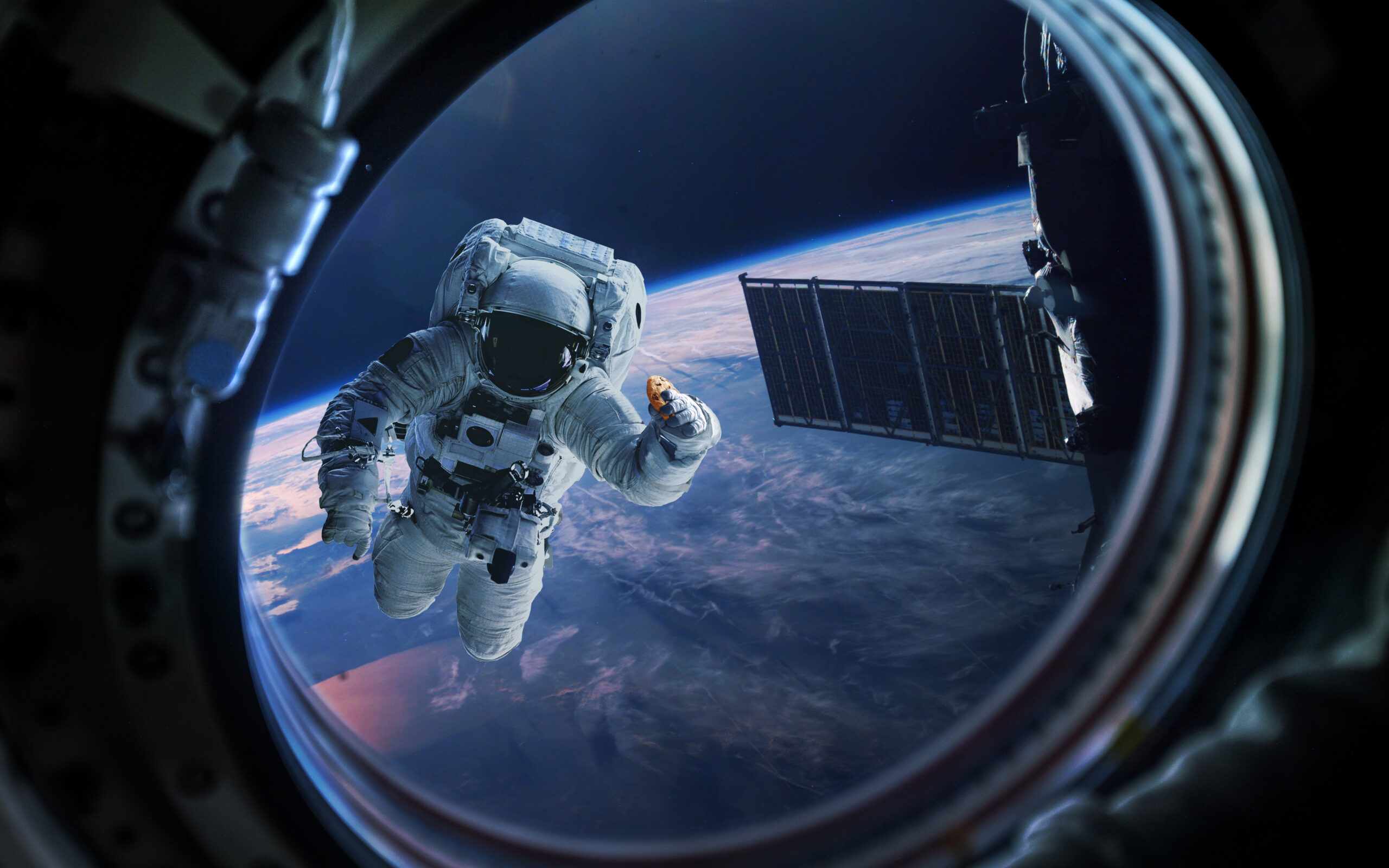 Until then, DoubleTree has published the cookie recipe so people can make them at home, wherever they are in the world. 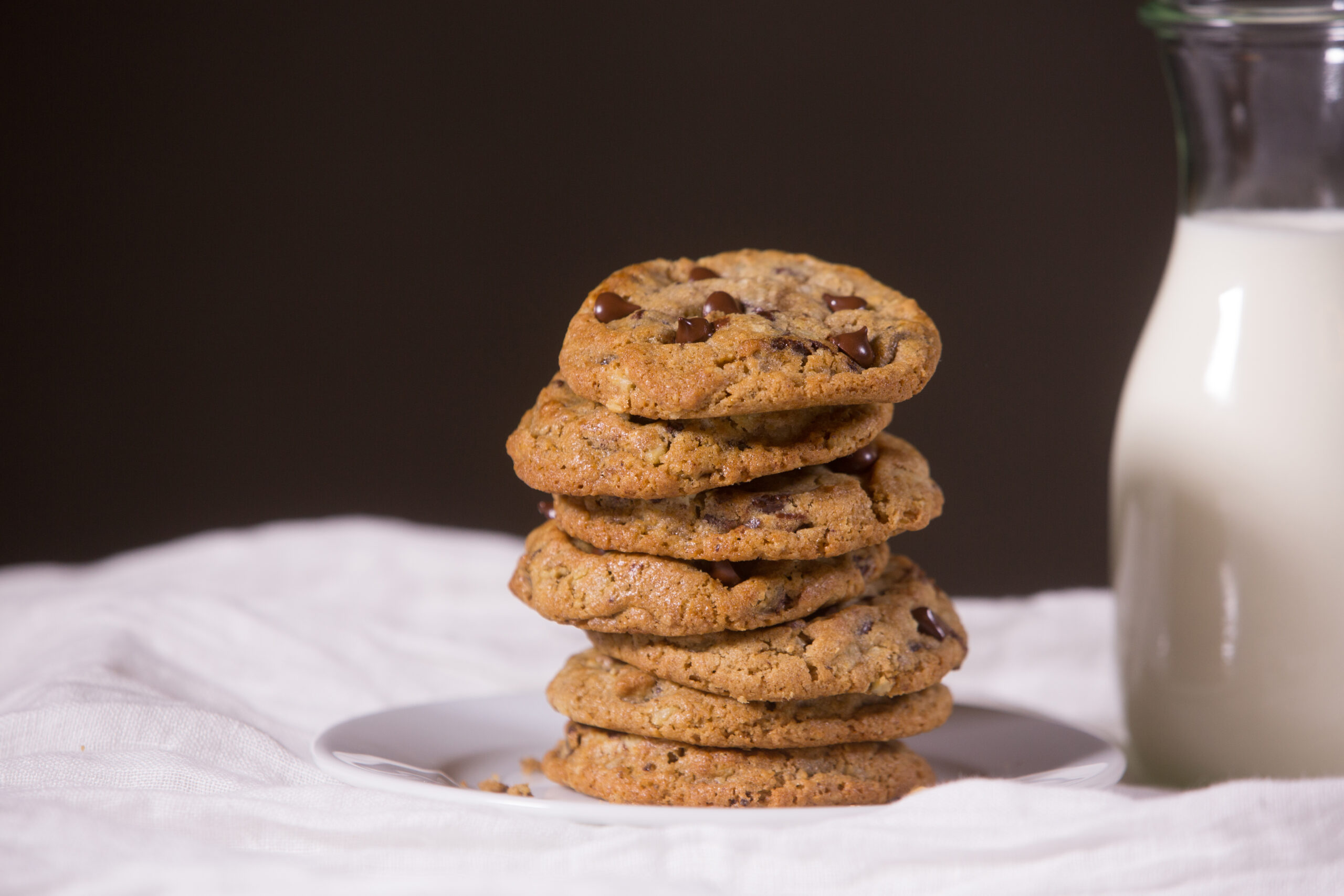 Cream the butter and sugar in the bowl of a stand mixer on medium speed for about two minutes.

Add the eggs, vanilla and lemon juice, blending with the mixer on low speed for 30 seconds, then medium speed for about two minutes, or until light and fluffy, scraping down bowl.

With the mixer on low speed, add the flour, oats, baking soda, salt and cinnamon, blending for about 45 seconds. Don’t over mix.

Remove the bowl from mixer and stir in the chocolate chips and walnuts.

Portion the dough with a scoop (about three tablespoons) on to a baking sheet lined with parchment paper about two inches apart.

Remove from the oven and cool on a baking sheet for about one hour.

Cook’s note: You can freeze the unbaked cookies, and there’s no need to thaw.