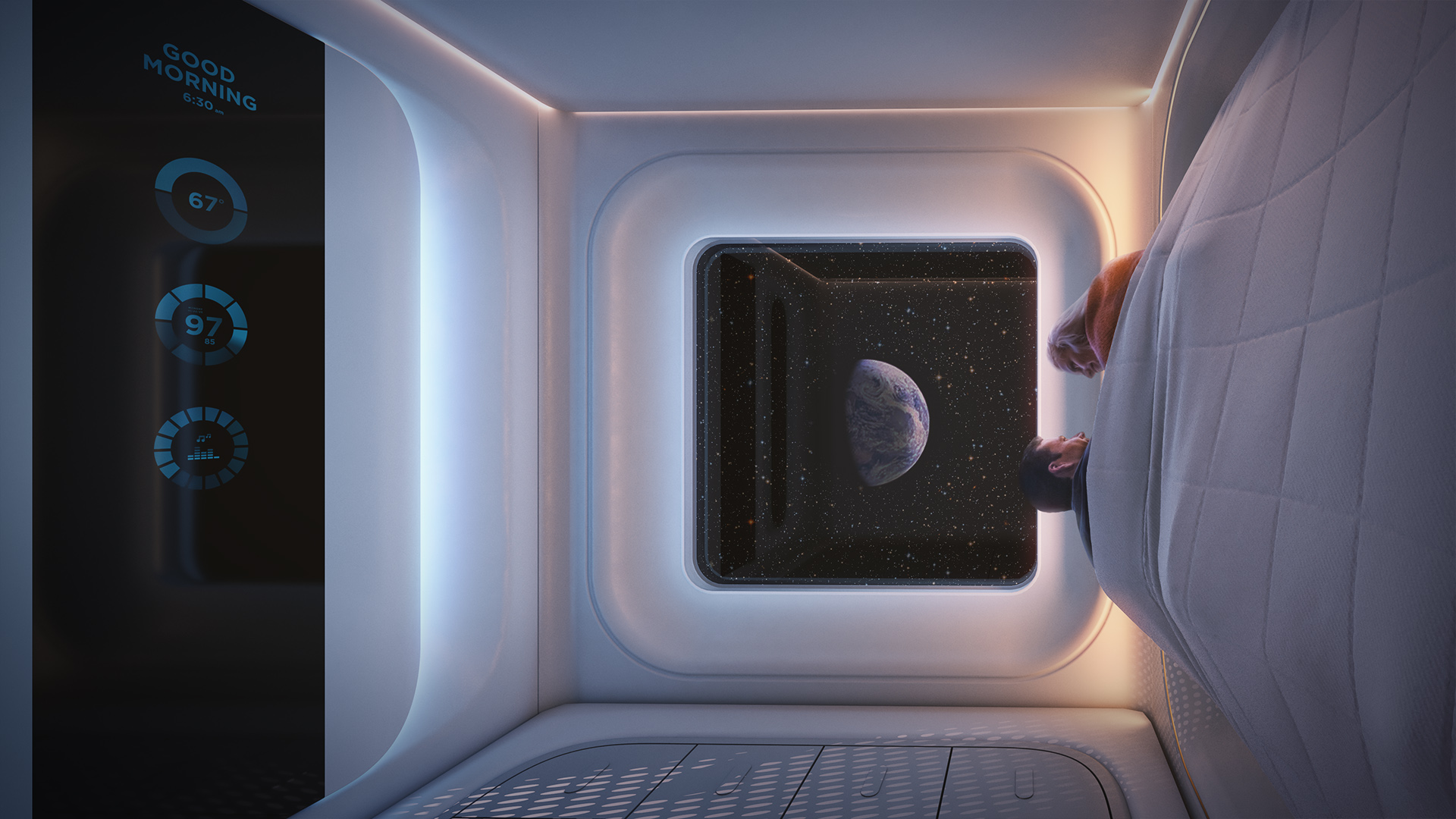 Design firm Teague is exploring the future of ‘zero gravity living’ in an effort to improve the onboard experience for space tourists. Jenny Southan reports

It may still seem like an outlandish idea but it really won’t be long until civilians will be taking trips to space hotels and looking down on Earth from orbit, just like professional astronauts do right now on the International Space Station (ISS).

But how will the interior design of these space environments change for paying customers who won’t want to be in the cramped confines of working ships?

This is a problem being tackled by design firm Teague, which has long been studying the human experience in microgravity and the way that the design of spacecraft interiors can reduce the physical and psychological stresses of travelling in space.

Teague says: “With companies such as SpaceX, Virgin Galactic, and Blue Origin already working toward a spacefaring civilisation, private citizens will be traveling through space sooner than anyone expected. Human-centered design will play a critical role in shaping future zero-gravity passenger experiences.”

During its research, the team at Teague have made some unique observations. “Confined spaces can be stressful, and forced socialisation is tiring and awkward. There is limited access to everyday things.”

And: “Long periods of isolation cause a lot of strain on a person’s mental stability, and the lack of personal space on spacecraft causes claustrophobia and makes storage quite hard.”

As we approach the next frontier of space travel, Teague says that “human-centered design will play a critical role in shaping our future experiences”. What will this look like?

Of course, safety will still be paramount but so will mental wellbeing. First up, new technology will allow for better communication between those in space and on Earth, which will be vital to those enduring long journeys in outer space (one day the most intrepid explorers might be heading to the Moon or even Mars).

When it comes to the design of future spacecraft, Teague visualises an unlimited number of living modules that can be connected to form a single ship. Not only that but within each module, rooms will be able to adapt based on need. 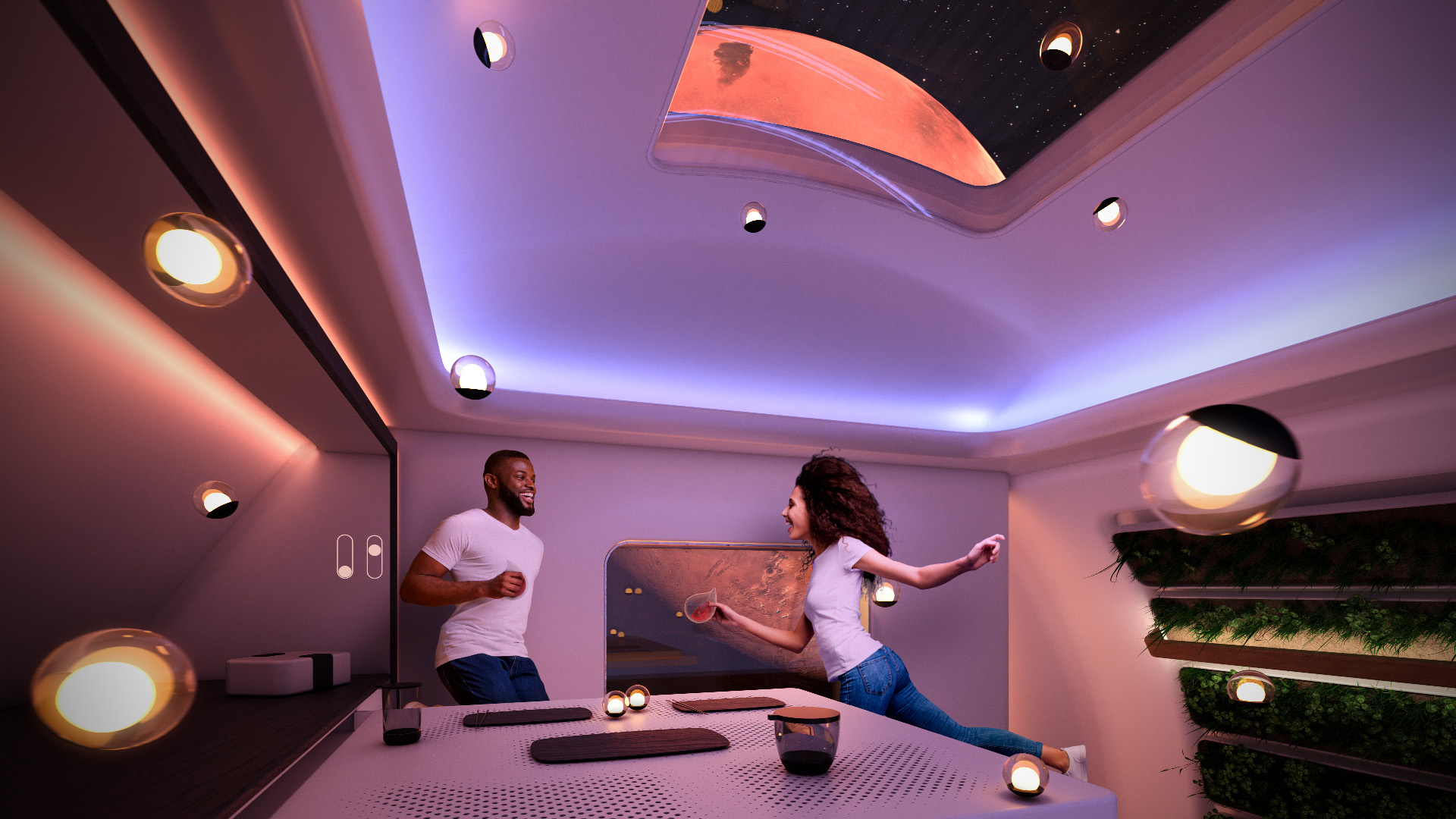 It says: “This modular approach can efficiently move thousands of people without overcrowding concerns, easily adapting based on need. The ship centres around self-contained modules that are capable of supporting life with no outside support for up to four people. As demand increases, modules can be connected to increase efficiencies and share resources.”

Teague imagines a spacecraft with bedroom modules fitted with their own storage, sleeping spaces and communication systems. Each divided into two sections, on one side would be a bed that secures one to two people in place with a tensioned blanket that pulls them into a recessed bed, while on the other would be pop-up storage compartments for personal items, a sliding privacy door, communications screen, and architectural lighting that helps orients passengers while in bed.

Meanwhile, “dynamic lighting scenes” would help ease passengers through their journey by managing circadian rhythms to promote better health and wellness. Bedroom lighting would transition from a starry night to sunrise, to wake passengers more “naturally”.

Unlike on Earth, there is typically no privacy for astronauts in space, something that will have to be overcome to make space tourism a success. Another challenge will be a lack of foliage – which Earthlings begin to miss dearly. Teague says: “Long-haul space travellers will crave a connection to the Earth, to continue their relationship with a natural environment while removed from it.” 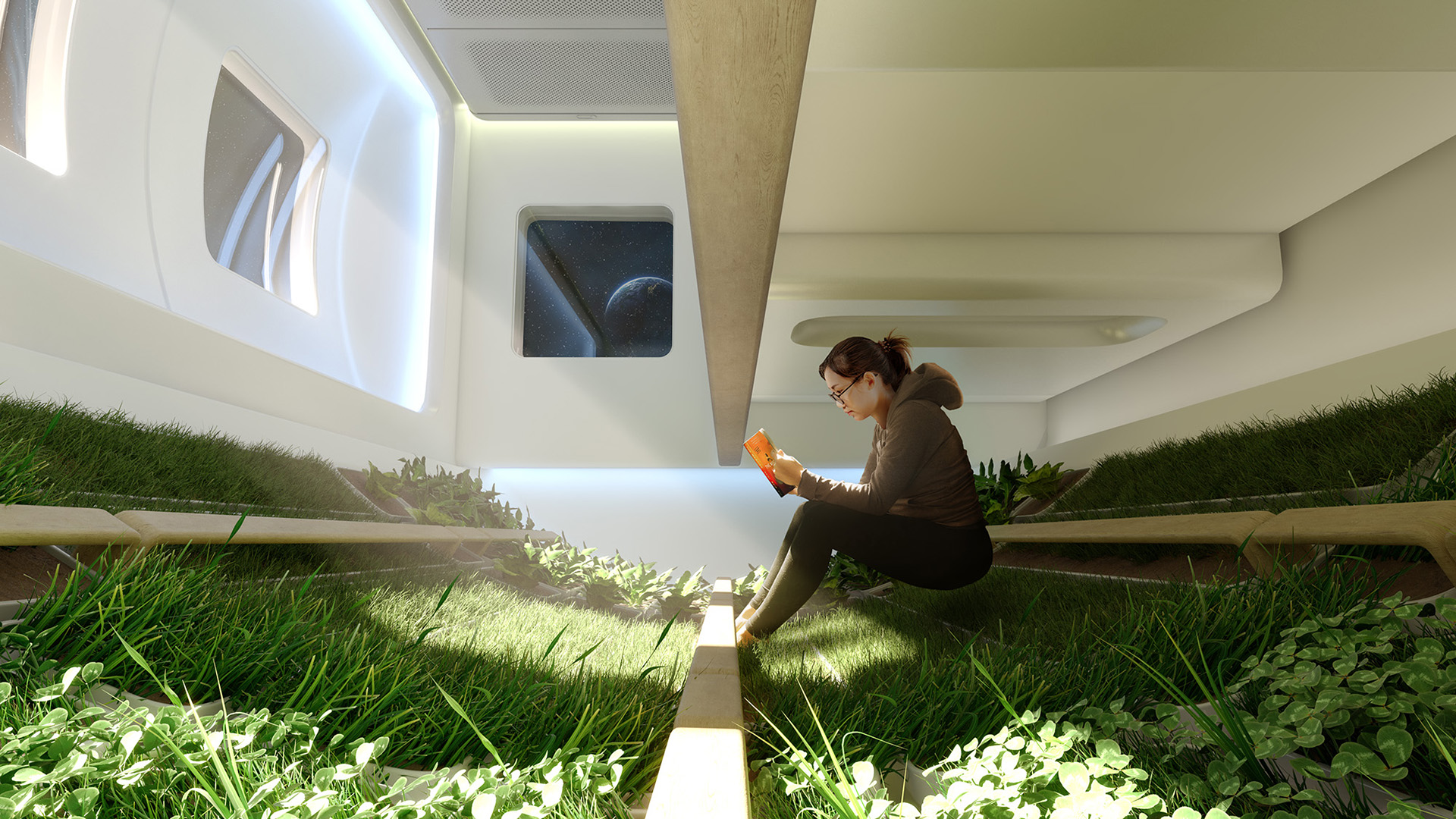 To help soothe passengers, Teague suggests installing a “living green wall” with live plants that help elevate humans’ moods, reduce stress and enhance productivity among space hotel employees. With temperature regulation and air filtration, it would also create a “unique environment in the ship, purposefully designed for moments of solace and privacy”.

Having a social area will also be vital and Teague imagines a multi-purpose hub that can be expanded by “flipping a digital switch, which disengages the door from the wall and allows users to remove them”. (Globetrender imagines this would be for astro parties and other mass gatherings.)

Finally, the dining experience will also be upgraded. Instead of eating food from packets that float around the cabin, meals will be served in a kitchen fitted with “downdraft tables” that pin food to their surfaces while being prepared. Teague says: “When it’s time to eat, users simply attach the table to the downdraft system which allows for food, and dishes to be pinned to its surface.”