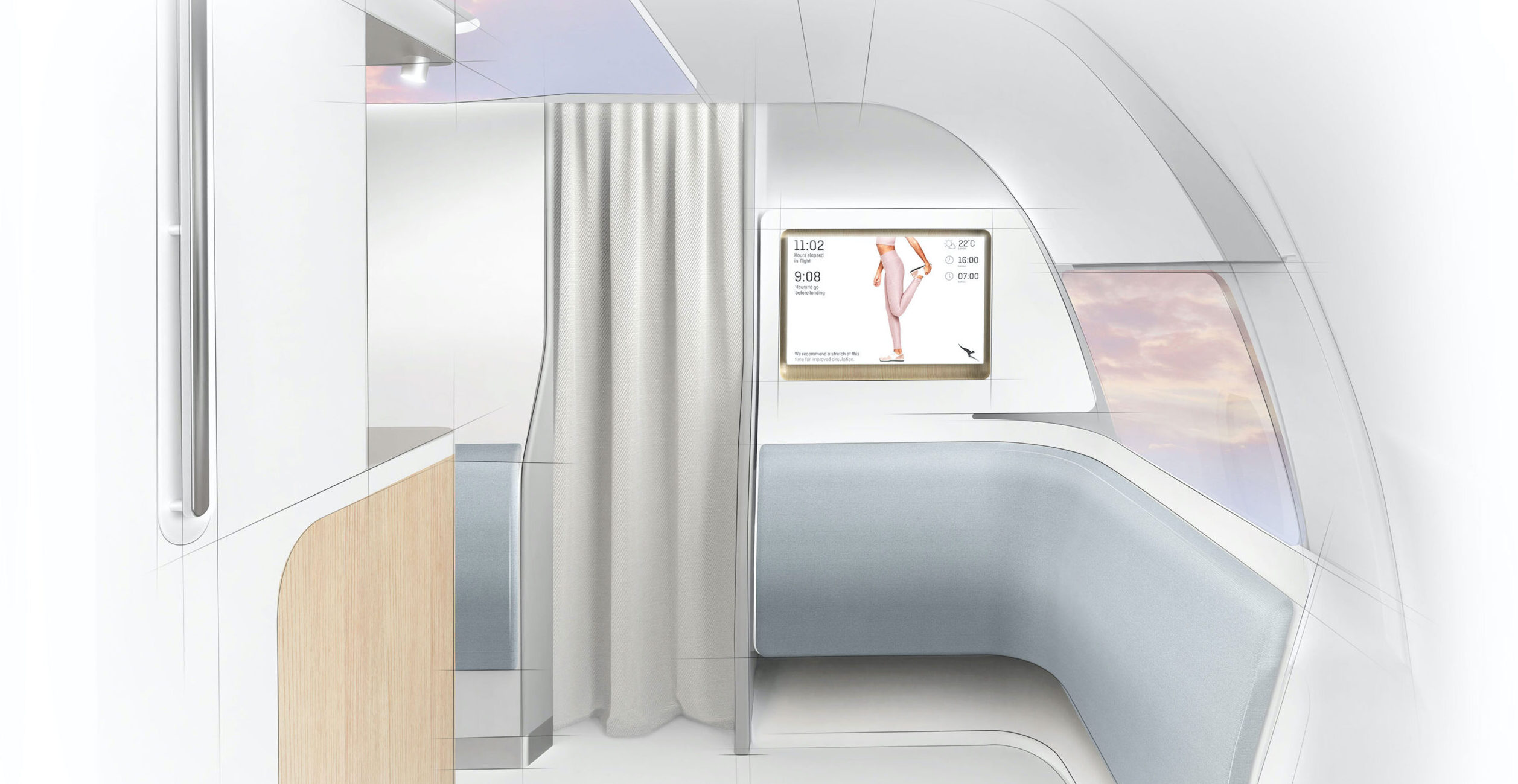 As part of its ultra-long-haul concept, Qantas’s new A350 aircraft will have a dedicated onboard wellness zone for passengers. Rose Dykins reports

Qantas has announced plans for a wellbeing zone on board its new A350 aircraft, with space for passengers to meditate, stretch and relax during long-haul flights.

The airline recently revealed the interiors of its new A350 aircraft, which will serve its ultra-long-haul direct routes between Australia and the cities of New York and London in late 2025 – the launch of which has been named Project Sunrise.

Qantas’s A350 aircraft will be fitted with its new first class suite product, which has a separate bed, recliner lounge chair and a personal wardrobe. 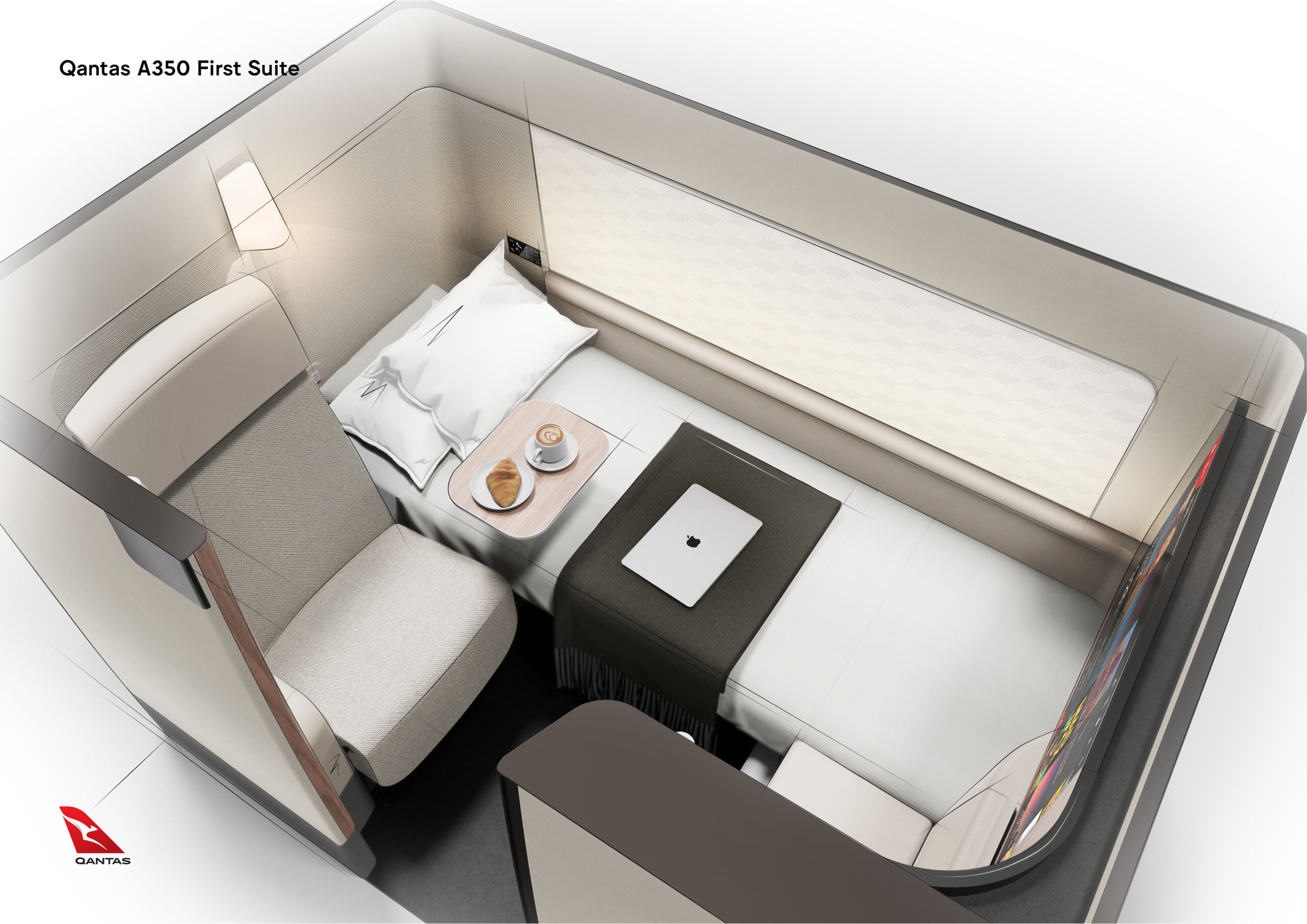 Meanwhile, at the centre of the plane there will be a dedicated wellbeing zone, featuring a self-service snack and hydration zone, and a screen playing movement and stretching exercises for passengers to try. 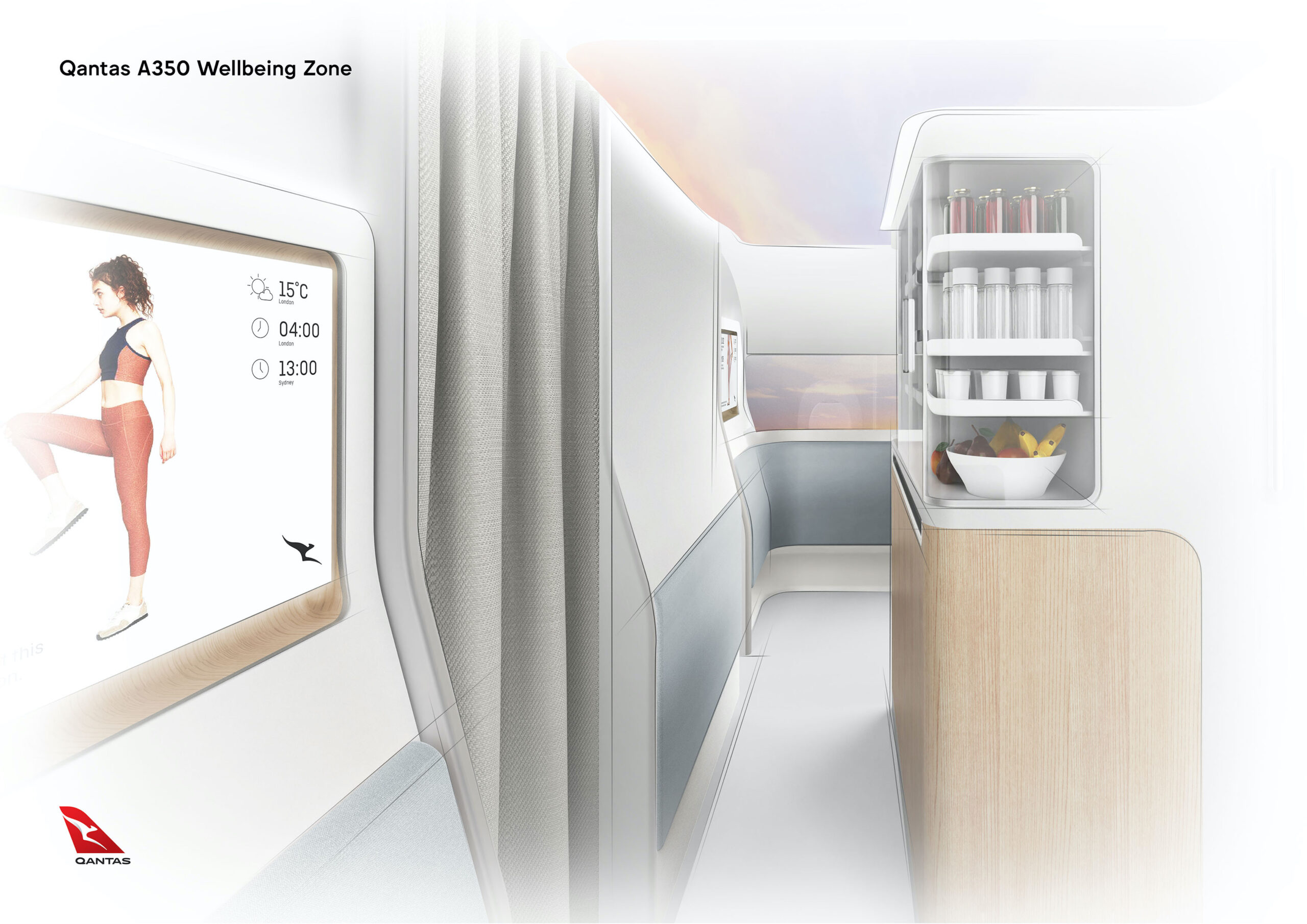 Qantas has said that its A350 will be fitted out with just 238 seats – the lowest seat count of any A350 plane in service – to create more space on board, and that 40 per cent of the aircraft will be dedicated to premium seating.

As well its the new first class product, Qantas’s A350 will feature the airline’s next-generation business class seat, a new premium economy seat with a 40-inch seat pitch, and a new economy seat with 33-inches of leg room.

The next-generation plane will also create 25 per cent less CO2 emissions per seat, and Qantas says that all net emissions from Project Sunrise will be offset, making its flights carbon neutral. 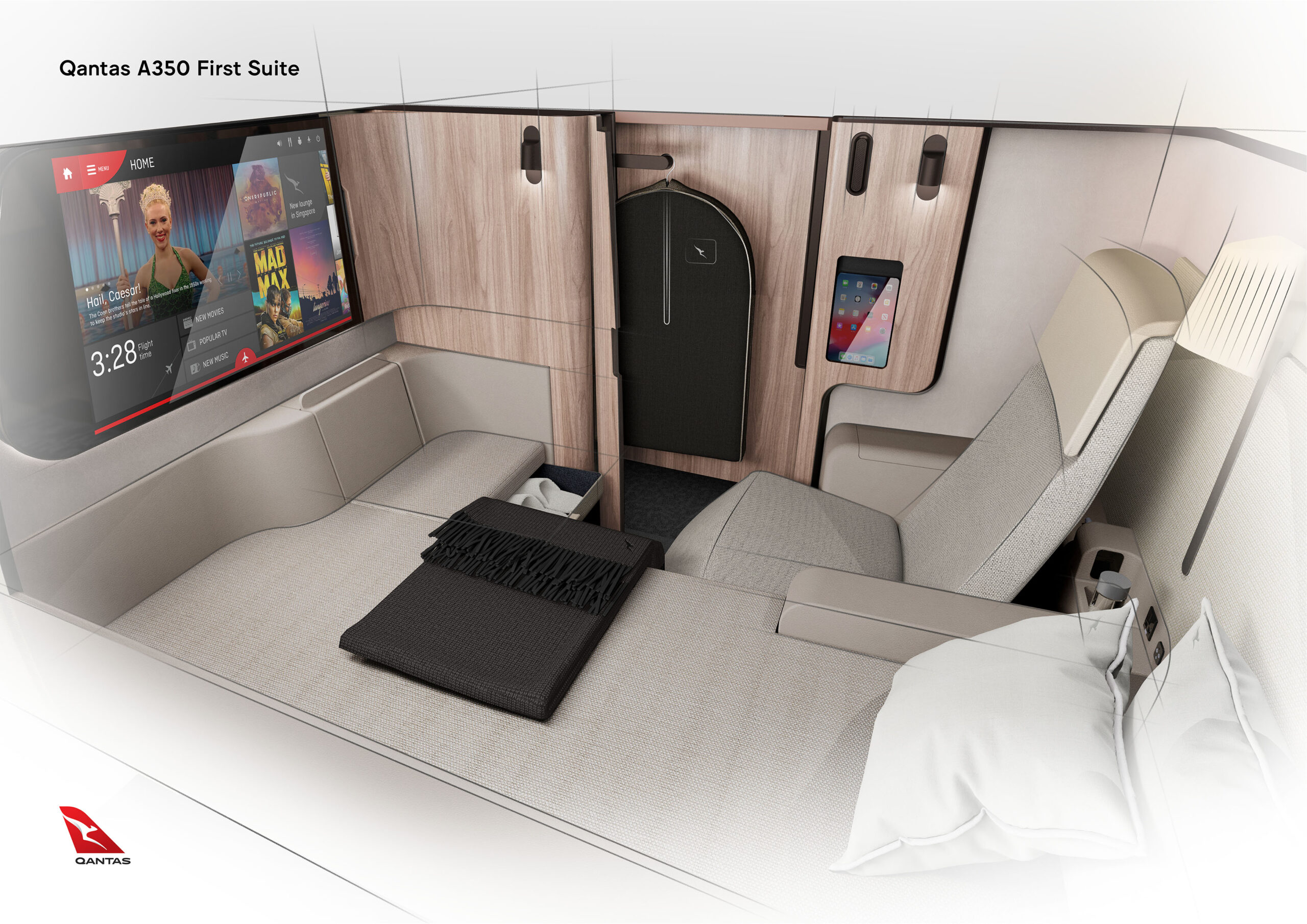 As well as a thoughtful facility to offer passengers on ultra-long-haul nonstop flights – lasting 18 to 20 hours in total – Qantas’s decision to invest in an onboard wellbeing zone could prove to be a strong competitive advantage, as consumer demand for products with health and wellbeing benefits remains strong.

According to a 2021 Global Consumer Survey from data and analytics company GlobalData, 57 per cent of respondents said a product or service that impacts their health and wellbeing either “always” or “often” influences their purchase.

Craig Bradley, associate Travel and Tourism analyst at GlobalData, says: “Centralising the onboard experience around health and wellness could provide a competitive edge for full-service carriers (FSCs) over [low-cost carriers] (LCCs) operating long-haul routes such as JetBlue, Jetstar and Air Asia.

“In recent years, the economy class product on FSCs has had little differentiation from the LCC in-flight experience due to the unbundling of fares such as luggage and in-flight meals. While operating a wellness zone onboard with other related services will inevitably result in increased fares, it is in line with current consumer sentiment, with a substantial amount of travellers willing to pay more for products that provide health benefits.”

The pandemic has heightened people’s awareness of their health and wellbeing, and Qantas’s approach to fitting out its newest aircraft caters to this. GlobalData’s research found 54 per cent of respondents were “extremely” or “quite” concerned about their physical fitness and health, while a further 48 percent were also “extremely” or “quite” concerned about their mental health.

This innovative new onboard addition from Qantas follows in the footsteps of other airlines’ attempts to cater to consumers’ appetite for in-flight wellness options.

“In previous years we have witnessed airlines partner with various companies in the health and wellness space to enhance inflight experiences,” says Bradley. “Service enhancements have included mood lighting, wellness cuisines, meditation techniques and stretching exercises. Qantas’ wellness zone aims to further this, allowing the airline to become a health and wellness leader in long-haul travel.”