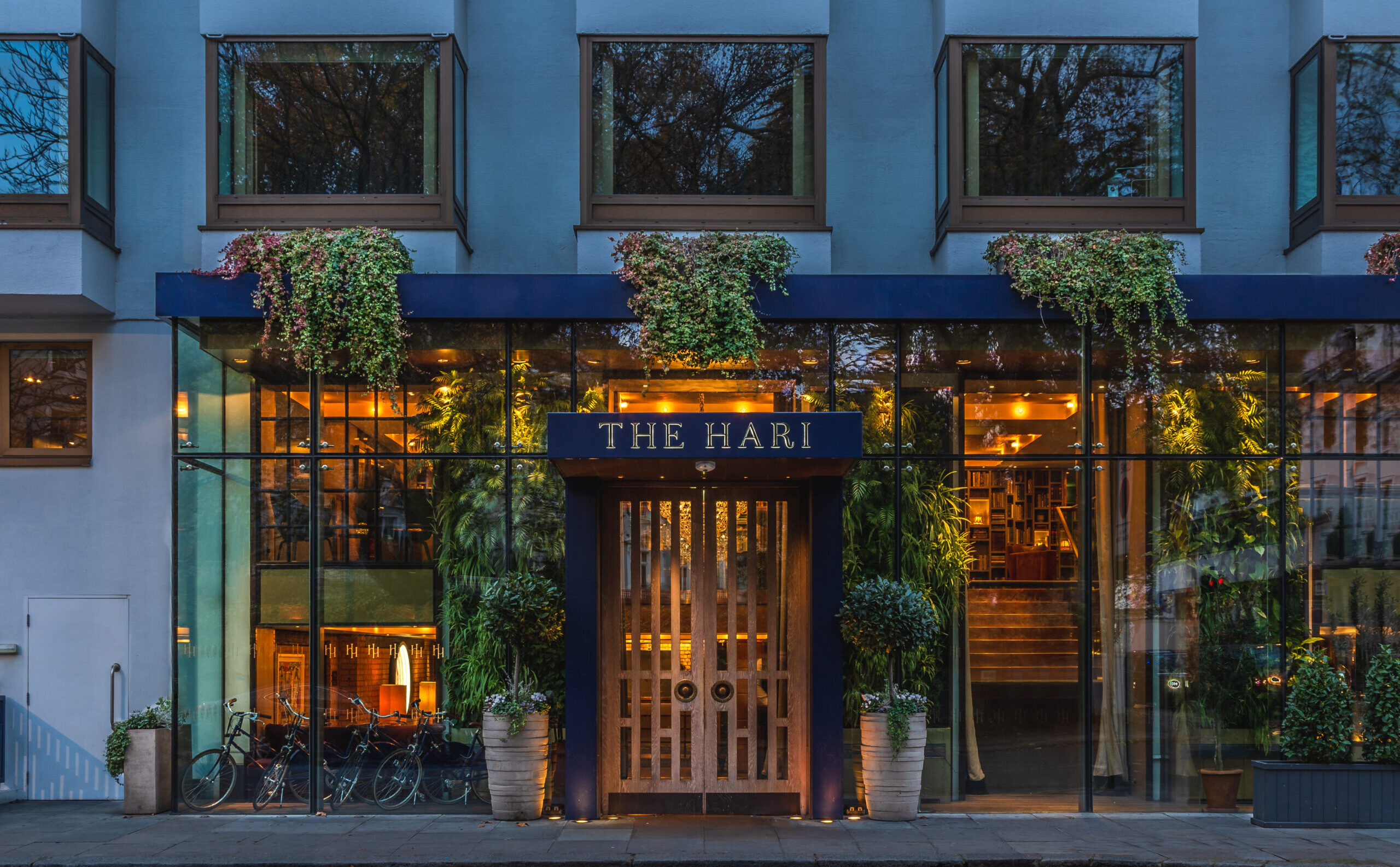 What’s it like to have a post-lockdown stay at posh London hotel, the Hari?

After four months of closure, the Hari hotel reopened on April 12 to business travellers. Globetrender editor Jenny Southan checked in with her family to discover they were the first guests. This is what it was like…

Over the years I have worked as a travel journalist, I have reviewed dozens upon dozens of high-end hotels around the world, but this assignment was a little different. This time I was investigating what it was like to be the first guests in a hotel that has been closed for lockdown due to a global pandemic. What would it be like? Would staff be dressed in hazmat suits? Would we be able to order room service? Would there be turndown service?

Originally opened in 2016, the 85-room Hari is located in the wealthy residential area of Belgravia, not far from Sloane Square and Knightsbridge. We arrived at lunchtime, and were ushered in by uniformed (but masked) staff. There was a hand sanitiser dispense in the doorway, a “track and trace” QR code to scan and no handshaking but apart from that it all felt pretty normal. 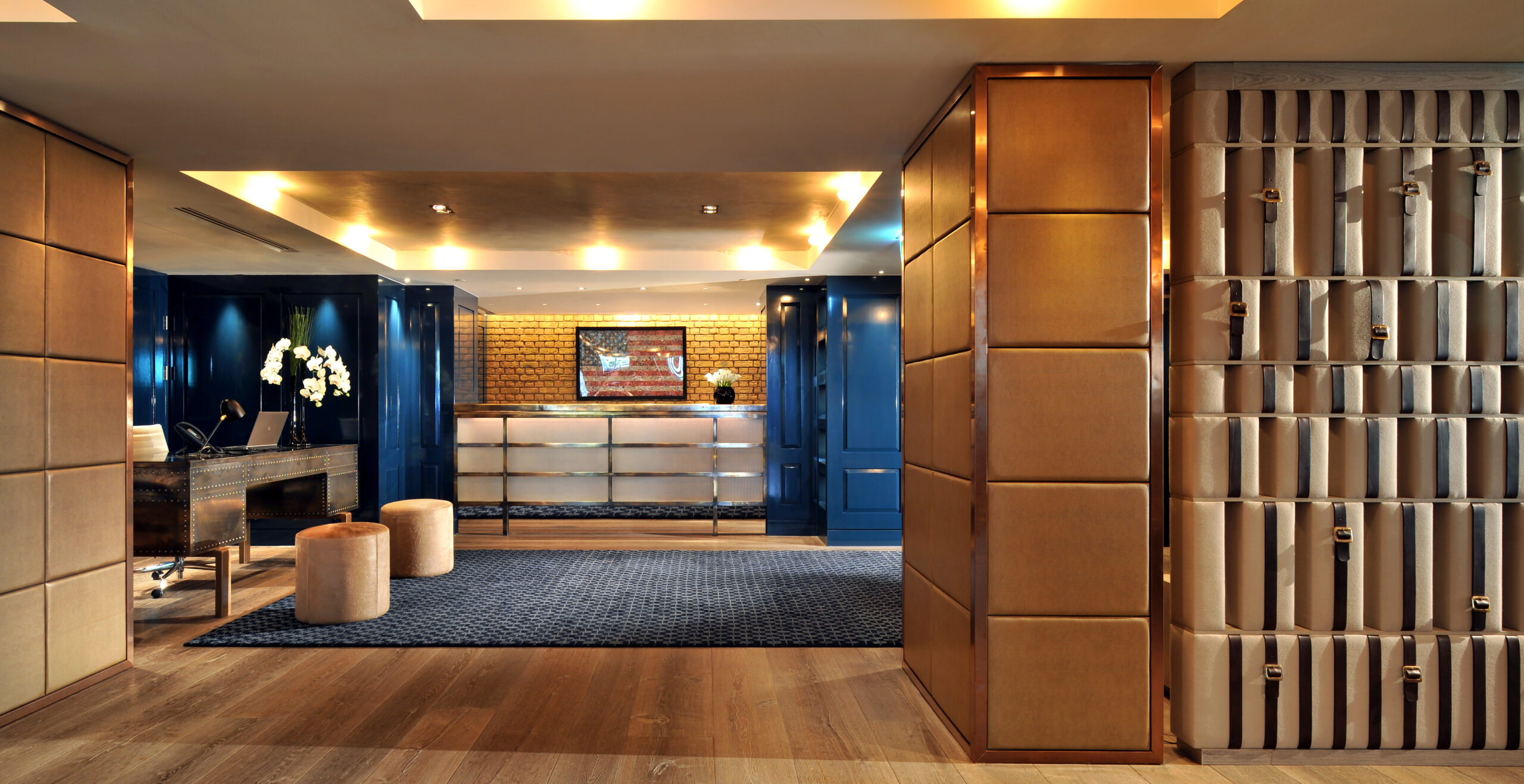 As we were the first guests (I was travelling with my partner and our young daughter), the staff seemed extra proud to welcome us. I was handed a pen wrapped in cellophane to sign the guest form at reception, and we were then taken up in the lift to our suite, where we were given a brief tour of our accommodation. 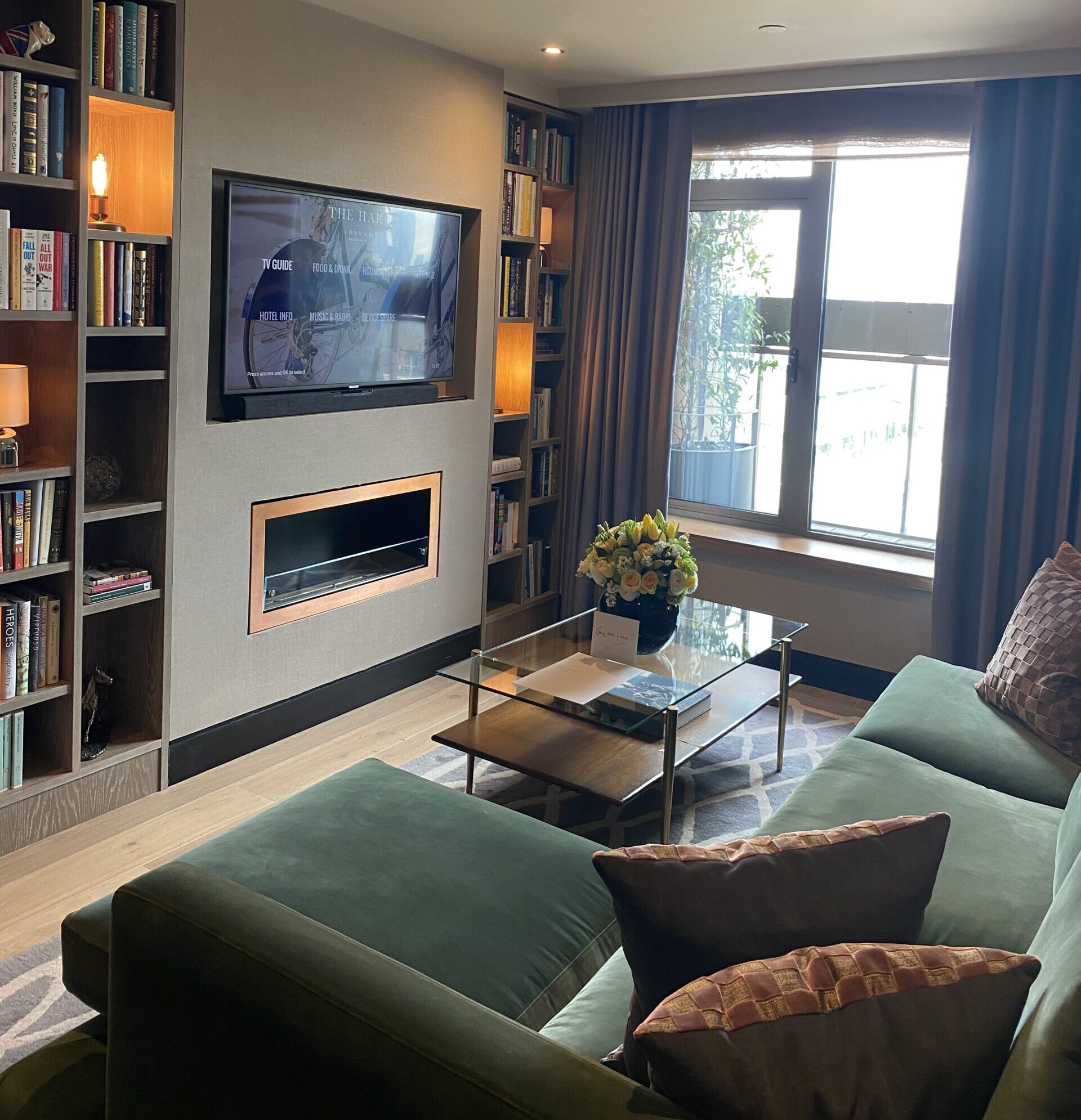 In total the hotel has 14 suites and we were staying in one of two signature Hari suites. Starting from £1,500 a night, there was just over 50 sqm of space, with a good-sized living room with an L-shaped green velvet sofa, as well as a seperate bedroom (the king-sized beds are supremely comfy) and bathroom. There were also two step-out balconies for views of the city – from the living room you can see the London Eye lit up at night. 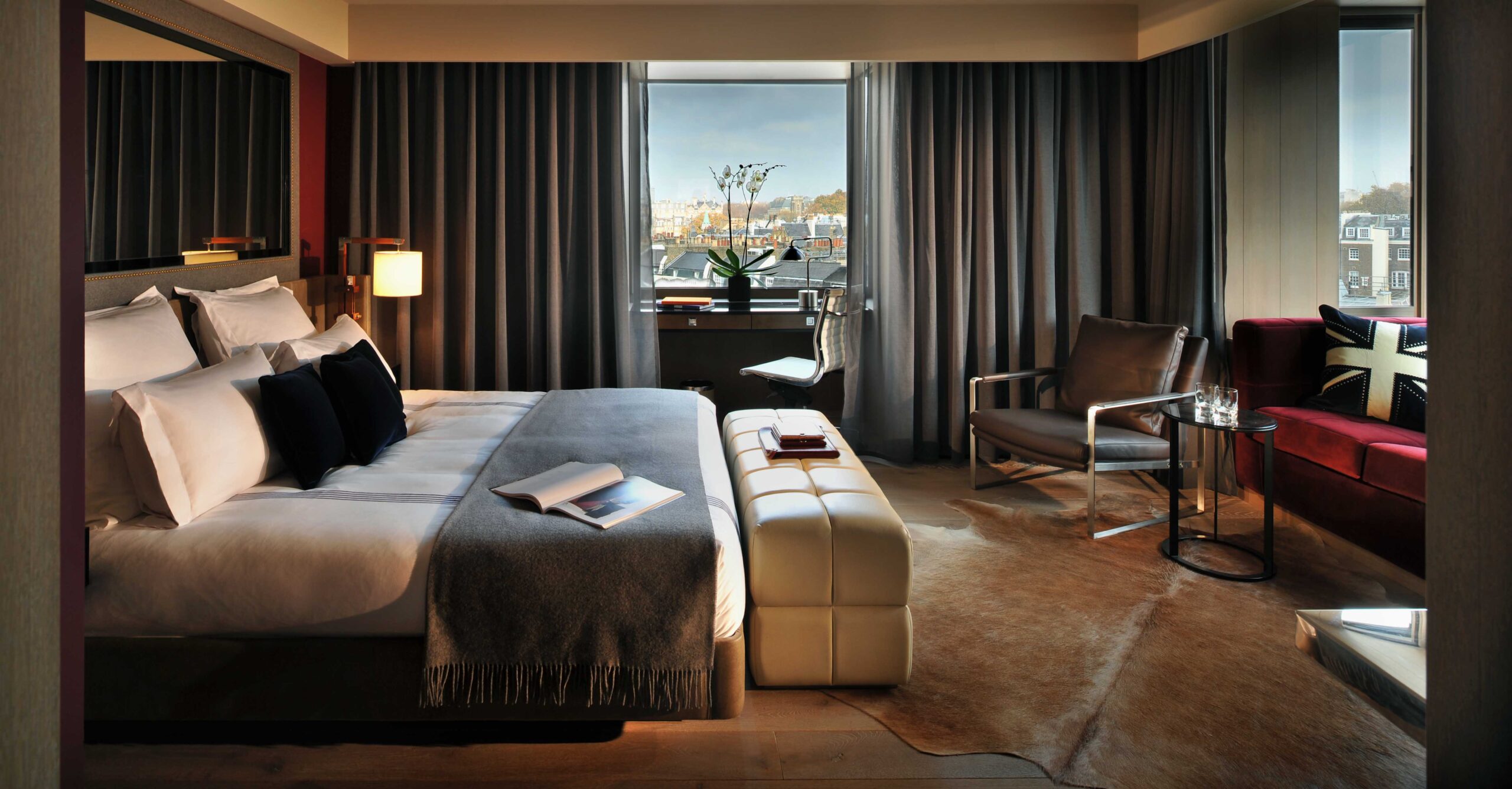 We were delighted with the set-up, especially as it afforded our daughter plenty of space to run around – the Hari had even installed an amazing teepee draped in fairy lights in the bedroom, complete with a trio of wild animal toys and a set of documents about some animals (a lion, giraffe and elephant family) they had adopted on her behalf in Africa through an organisation called the Born Free Foundation. I was really impressed with the thoughtfulness of this, and they had even personalised a pillow with her name on.

There was also a small marble bathroom with a deep tub and a walk-in rainshower, as well as a marble-topped bar with a coffee machine, kettle and fridge stocked with soft and alcolohic drinks. I was pleased to discover this as last summer, there was a lot of paranoia about “touchpoints” such as these. 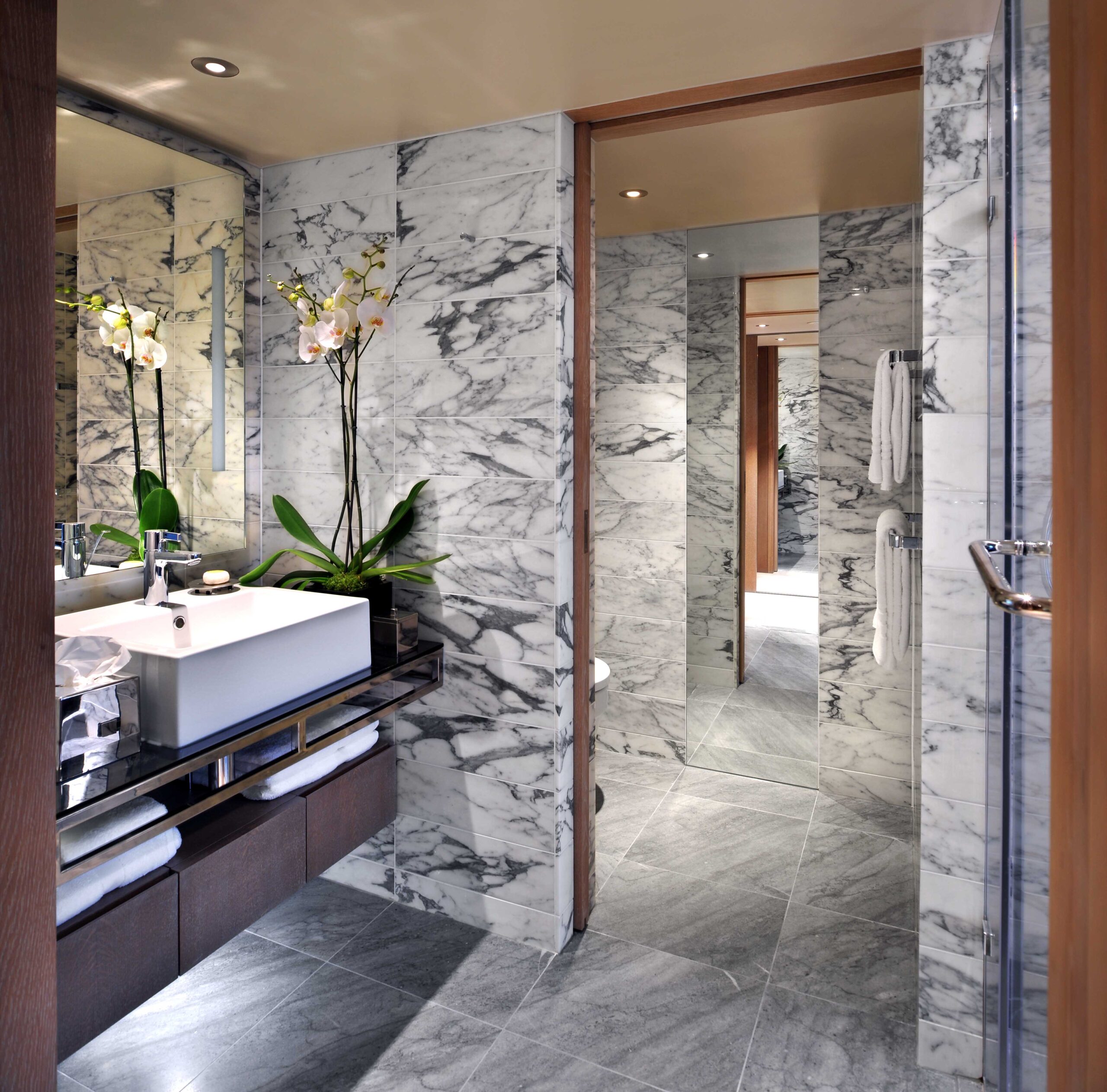 For a while, many hotels were stripping rooms of everything from coffee table books to cushions, and replacing china tea cups with plastic-wrapped disposable ones. Some people might find this reassuring but for me it would take the joy out of a luxury hotel room and make the experience feel more sanitised and bleak. 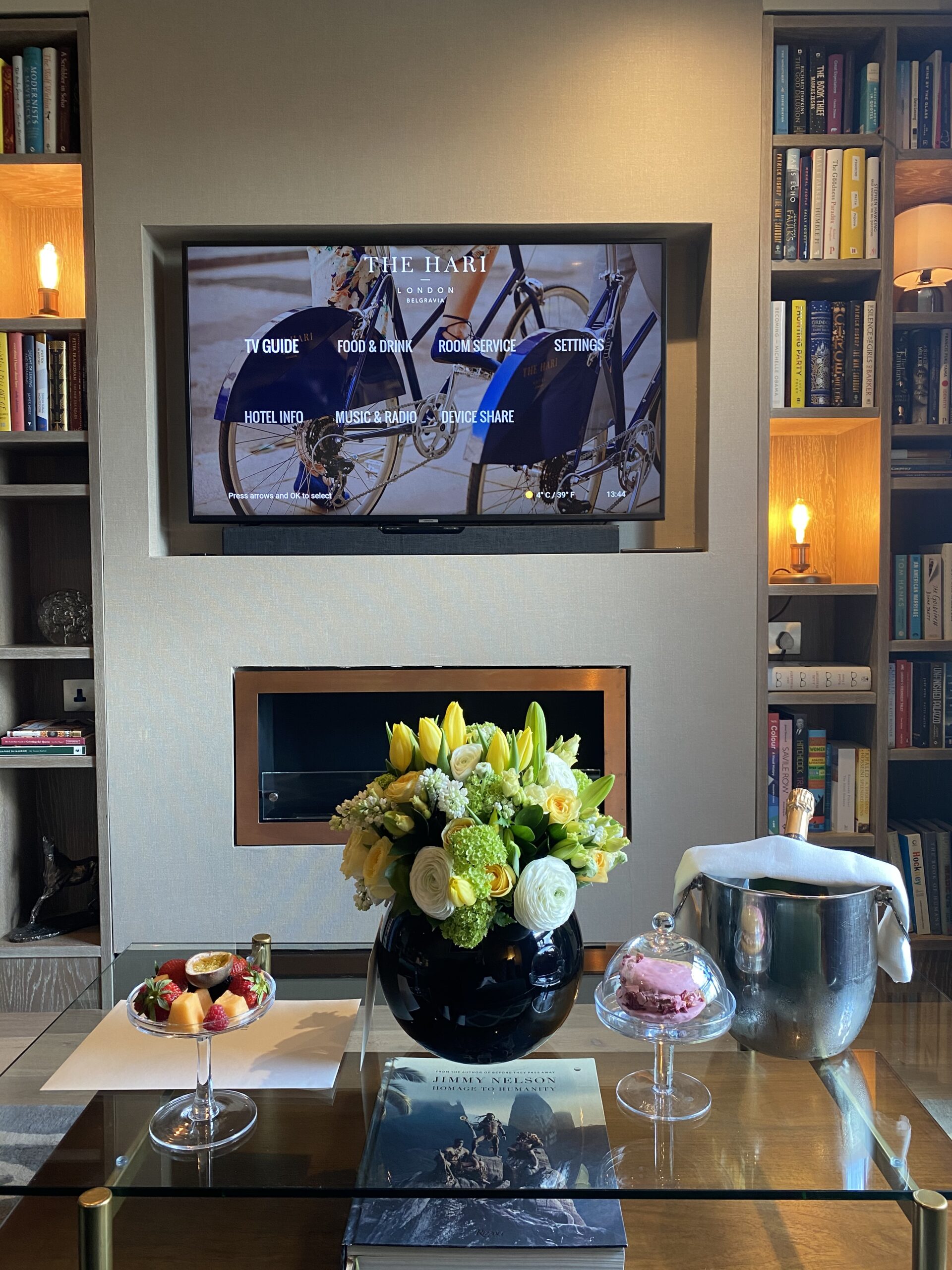 There were some other welcome touches in the suite that made it feel personalised – a stunning bouquet of fresh flowers with a note card next to it, a bottle of champagne on ice, some bottles of apple juice on ice for our daughter, a gorgeous platter of berries and a pair of outrageously delicious cakes. 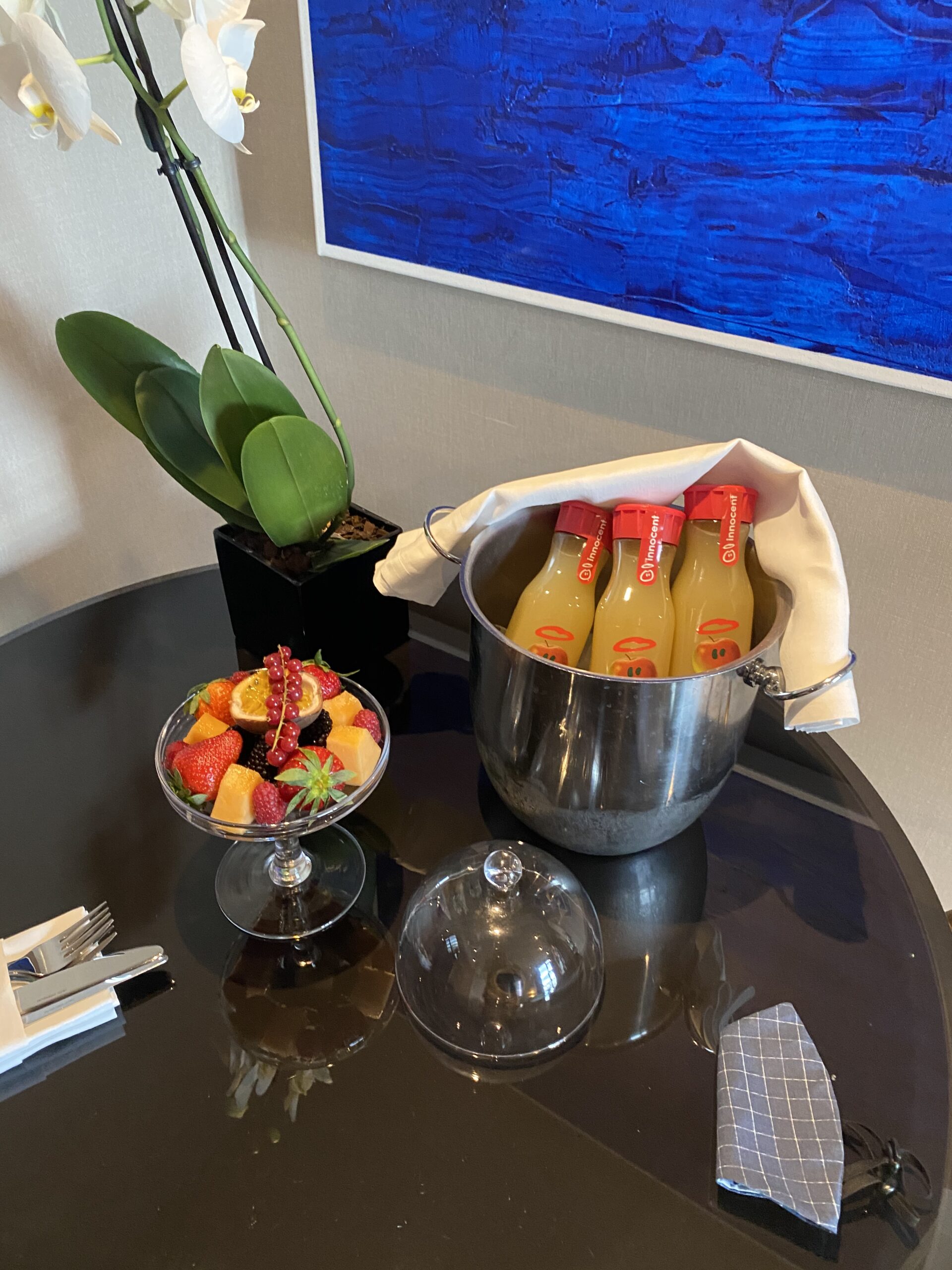 In the evening we were delivered (as a surprise) a tray of cocktails – a bottled negroni made in the house bar and a cranberry juice for the little one. (They had asked in advance what we liked ot drink.) The only thing I missed was having a proper workdesk but I made do with the coffee table, which was fine for a couple of days. (Other rooms have desks, I noticed.) 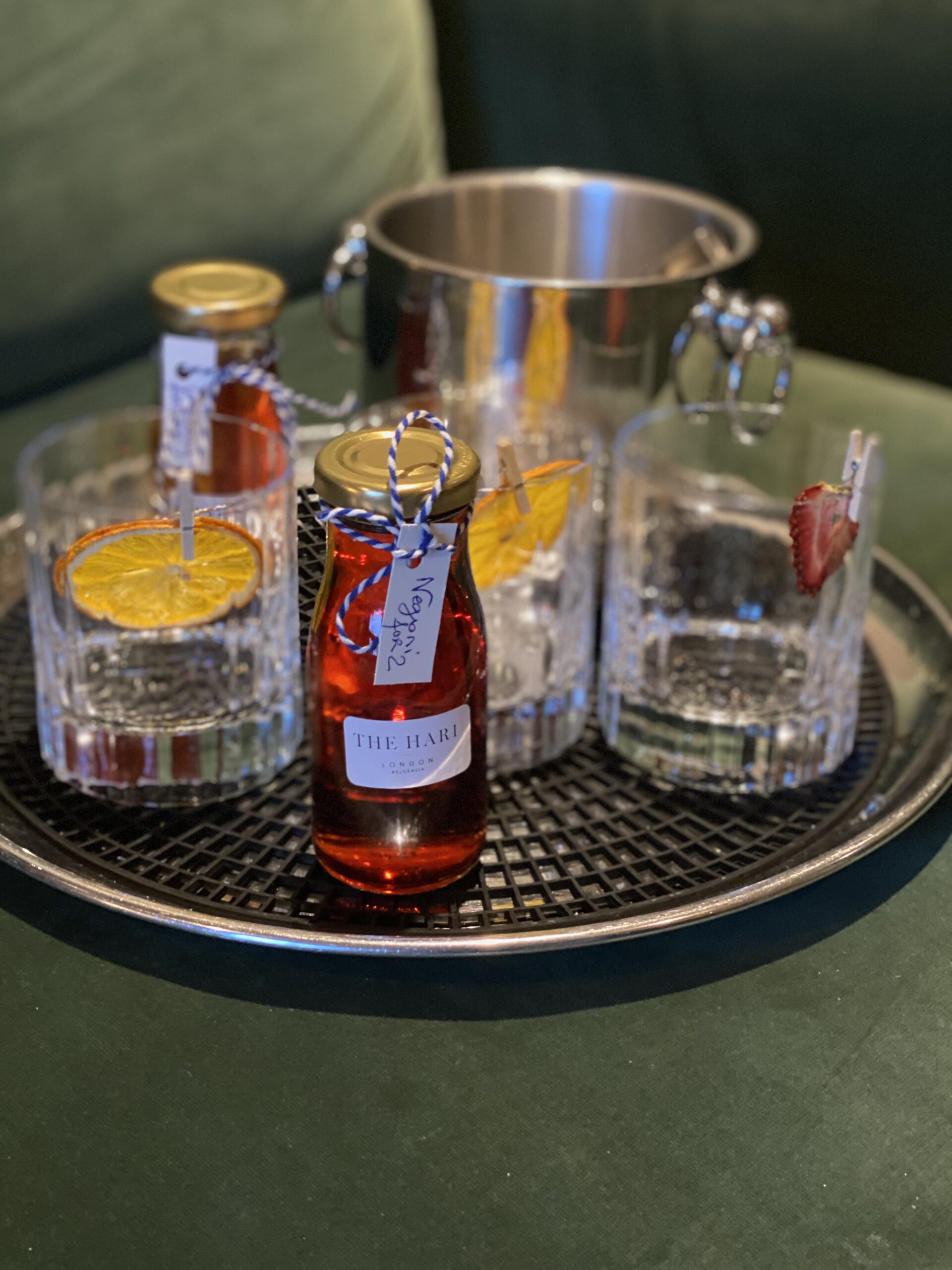 At about 2pm we decided to order some food to the room – the menu was displayed on the television. After about half an hour we were delivered a tray of salads and burgers, which were very good indeed.

The person who brought us the food did come into our room but they were wearing a mask and I am sure would have left it outside of the door had we asked. I did need to sign for it though, which perhaps was an unnecessary risk of contamination. I wasn’t too worried, personally, but others might be if they haven’t been vaccinated.

I did say we didn’t need turndown service in the evening (we were given the option) but I welcomed housekeeping in the morning as my partner and daughter were out of the room. (I kept out of the way and did some work.)

On the second morning I was less impressed with the room service but didn’t make a fuss as I was aware that staff were back after an extended period off and that it might take a few days to get back into the swing of things.

The avocado on toast was a green smear on some cheap brown bread (we did complain about that but it wasn’t much better the second time around). Also, oddly, the milk was served in tea pots and the tea was served in cafetieres – which were dusty. I got the impression that whoever was in the kitchen didn’t know what they were doing on this particular occasion.

Determined to thoroughly test the food and beverage offering at the Hari, we also had dinner in the room one night (vegetable lasagne, which was flavoursome), as well as on the semi-al fresco garden terrace – a kind of secret inner sanctum accessed via the first floor mezzanine bar. After months of house arrest, it felt great to be waited on again. 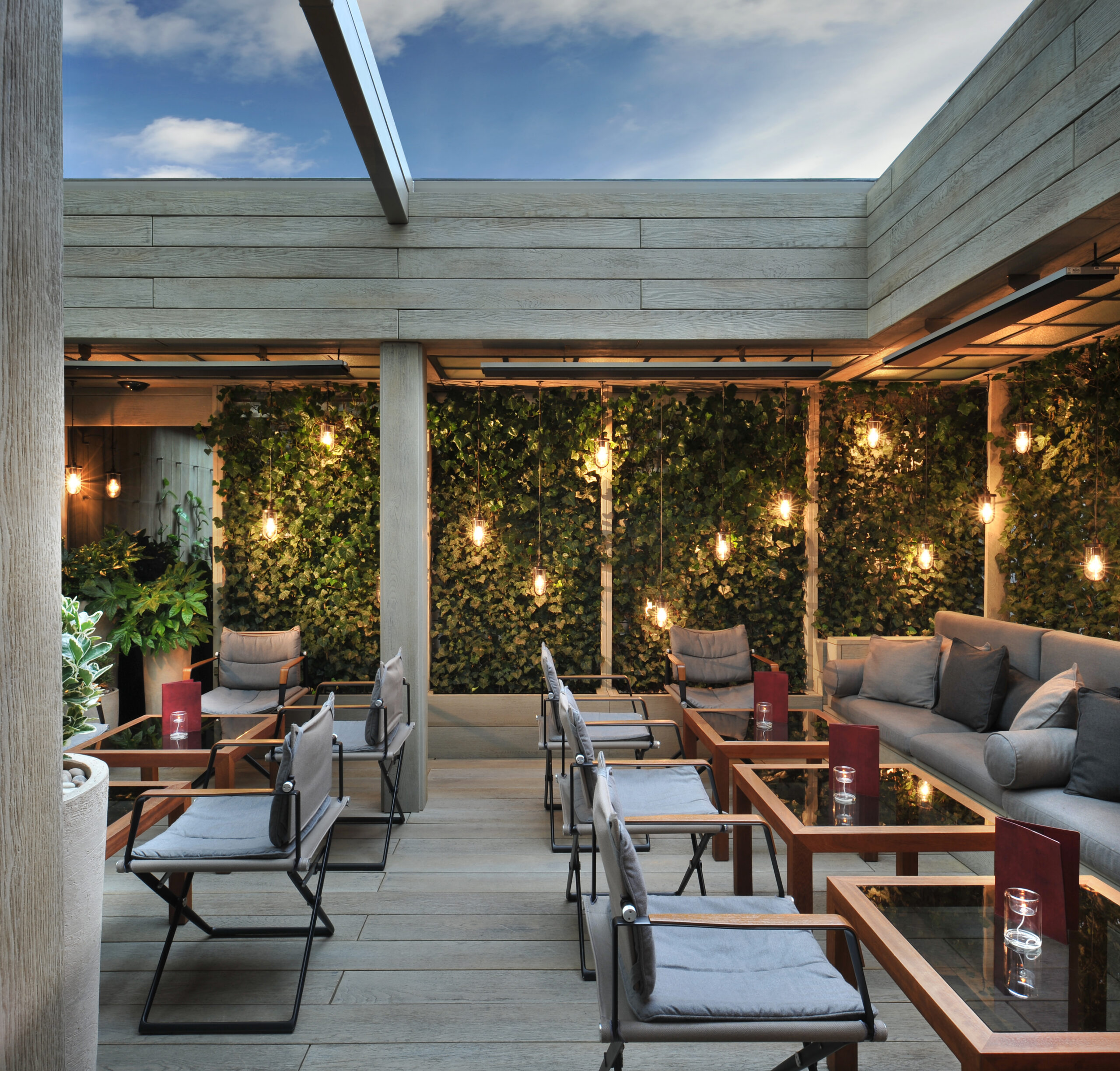 The Amalfi at the Hari restaurant menu lists Italian food such as pizza and pasta, as well as spritzes and Sorrento lemon martinis, but you can also order off the room service menu. (I added some garlicky chard as a side order to my pizza margherita.) With prices ranging from £12-£16.50 for a starter, and £15-£26 for mains, it’s not cheap. But who cares? Hedonism in back.

Apart from Amalfi, there didn’t seem to be any other parts of the hotel open just yet, such as the downstairs Il Pampero restaurant, which a friend of mine was raving about because they serve cacio e pepe pasta in a giant wheel of Parmesan. (Indoor dining in the UK will resume on May 17, with any luck.)

There used to be a partnership with the spa at Grace Belgravia but this has now closed. However, the Hari can arrange in-room massages on request. There are also Hari-branded bicycles to borrow. 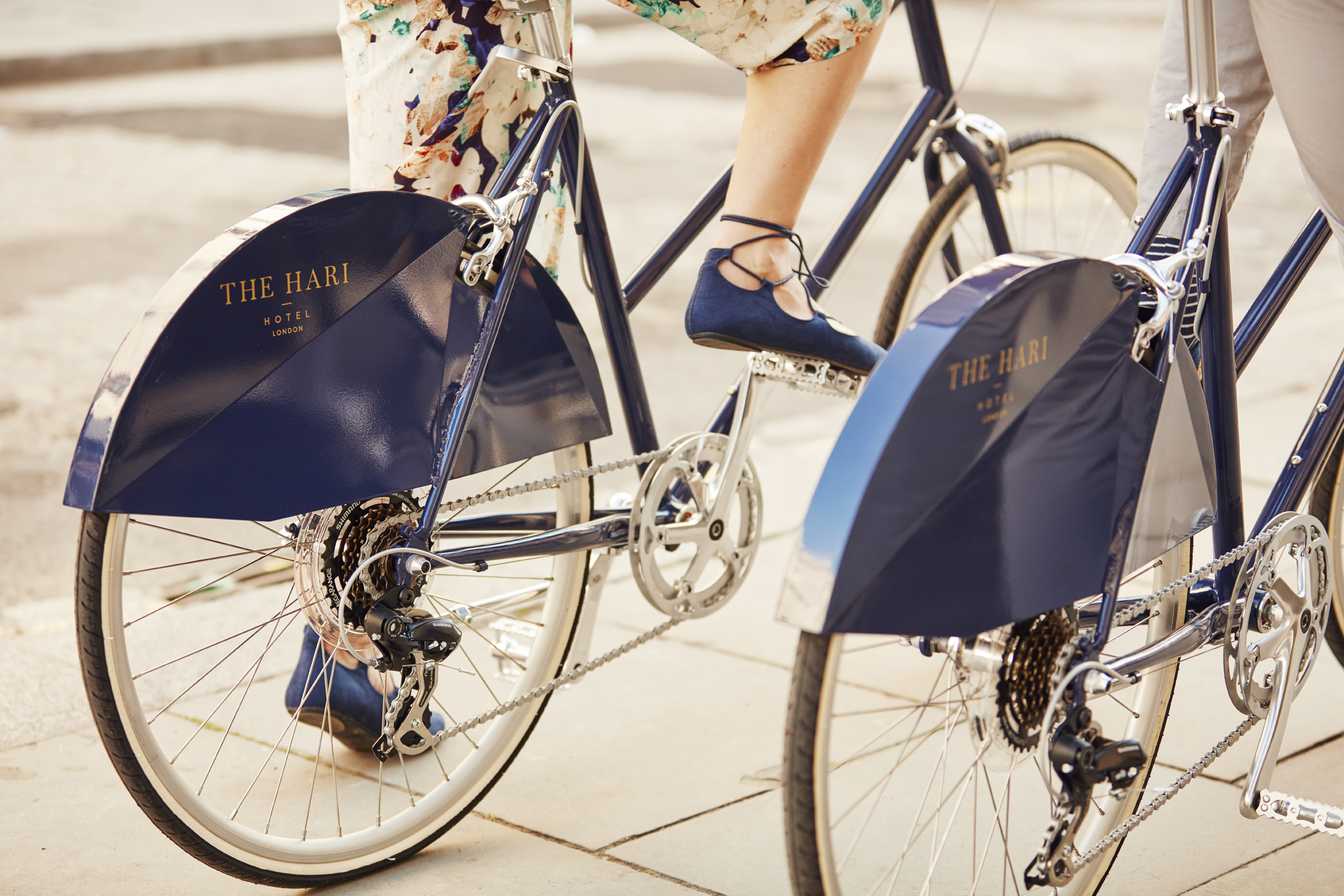 Apart from our luxurious suite, which had a commendable selection of novels that I genuinely wanted to read, and the friendly staff, one of the elements that I most admired was the artwork on display by recent graduates who weren’t allowed to have a degree show because of the pandemic. It was of a very high standard and all the pieces were for sale. During lockdown, the hotel also invited artists to come and use the rooms as studio space.

Although it might take some time for the Hari to reach 90 per cent occupancy levels again, when we left on day three, they had already experienced a flurry of reservations including a booking from a couple wanting to stay nine nights. Until international travel picks up, business will initially be from locals and out-of-town Brits coming for a city break. 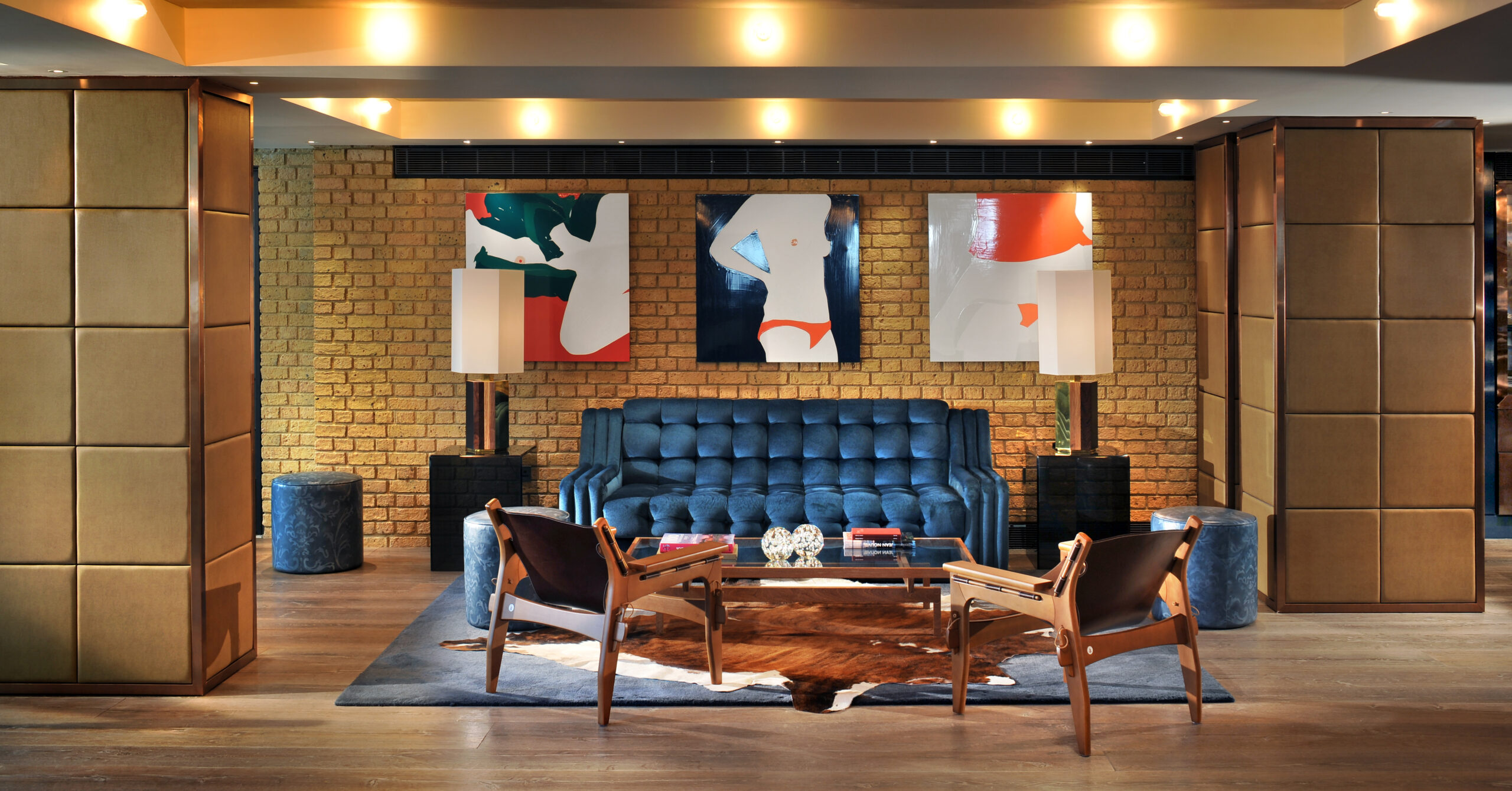 As someone who has experienced it first-hand, I can attest that it is wonderful to be travelling again – even if it is only from another part of London. During our stay at the Hari, after months of having to fend for ourselves at home, it felt like a real privilege to be catered to again – and have housekeeping tidy up after my daughter instead of me for a change (thank you).

Credit to all the staff and management who are clearly working hard to bring back glamour and energy to this once shuttered property. Good times ahead…