Makr Shakr, the world’s leading manufacturer of robotic bartenders, has unveiled its first Robo Bar in Amsterdam, giving people a glimpse into the future of the hospitality industry. Jenny Southan reports

Tech startup Makr Shakr says its Robo Bar “offers a safe, contact-free experience, complying with all the rules of sanitisation and social distancing”. Not only that, but it can mix and serve 120 cocktails per hour using up to 158 different spirits.

Located in the centre of Amsterdam, the Robo Bar opened in November 2021 and is staffed by the company’s most advanced version of its drink-mixing robot Toni. “Its mechanical arms can precisely prepare and serve any drink in seconds,” says Makr Shakr.

To interact with Toni, thirsty customers can either select premade recipes developed by international bartenders, or create and name brand-new, customised cocktails of their own – all via the Makr Shakr app. 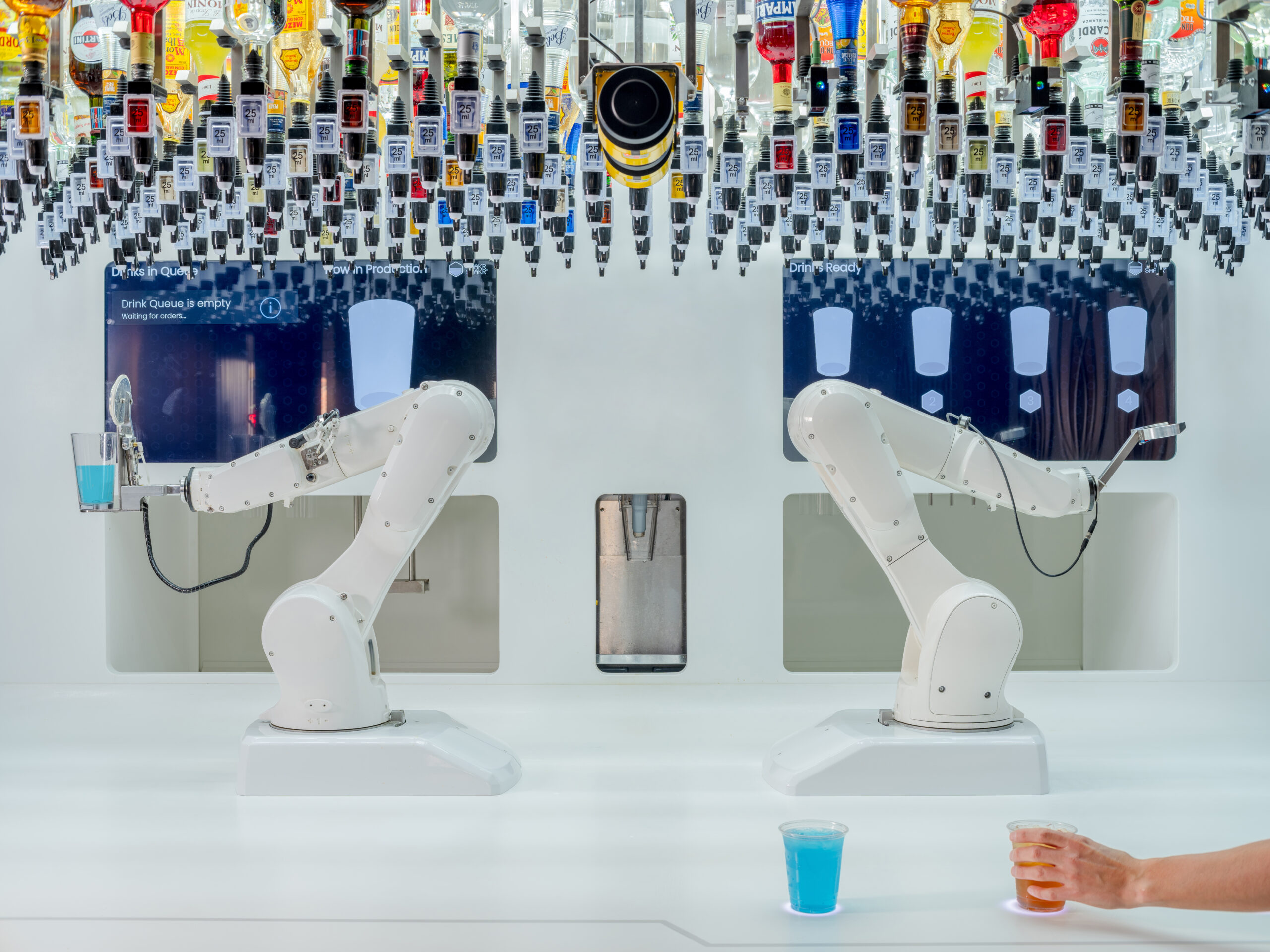 “Shaking, stirring and muddling a string of cocktails and mocktails from more than 150 different bottles hanging from the ceiling of the bar structure, Makr Shakr promises to shake up Amsterdam’s nights,” says Makr Shakr.

Makr Shakr was founded in Turin, Italy in 2014. After debuting at the Google I/O conference in San Francisco as a concept, the firm today presents a product portfolio that includes Toni – the fixed unit, available in multiple configurations – and Bruno, the mobile unit rentable on request for events.

Makr Shakr says: “At a time in which restaurants and clubs still struggle to offer a safe solution for mixing drinks, robotic bartending acts as a game changer, allowing visitors to get a glimpse into the future of the hospitality industry.” 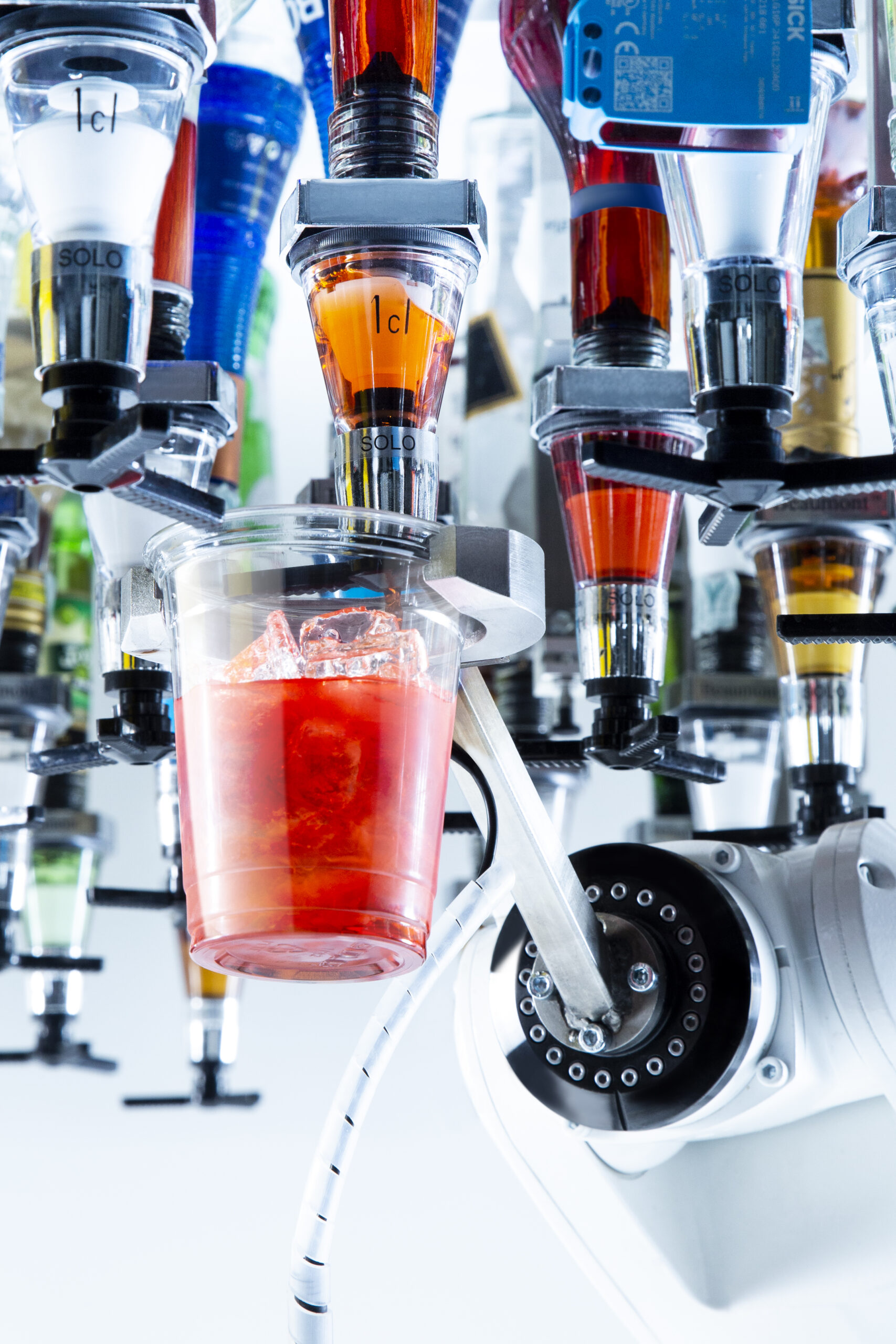 To date, the company has a worldwide presence in numerous cities, including Las Vegas, Milan and Prague. Its robotic bars are also installed on board nine Royal Caribbean cruise ships.

After the production of the Bionic Bar, which has been serving cocktails in the most prestigious Royal Caribbean cruise ships and in malls and hotels internationally, the company launched Toni, the first robotic bartender catered for the mass market. 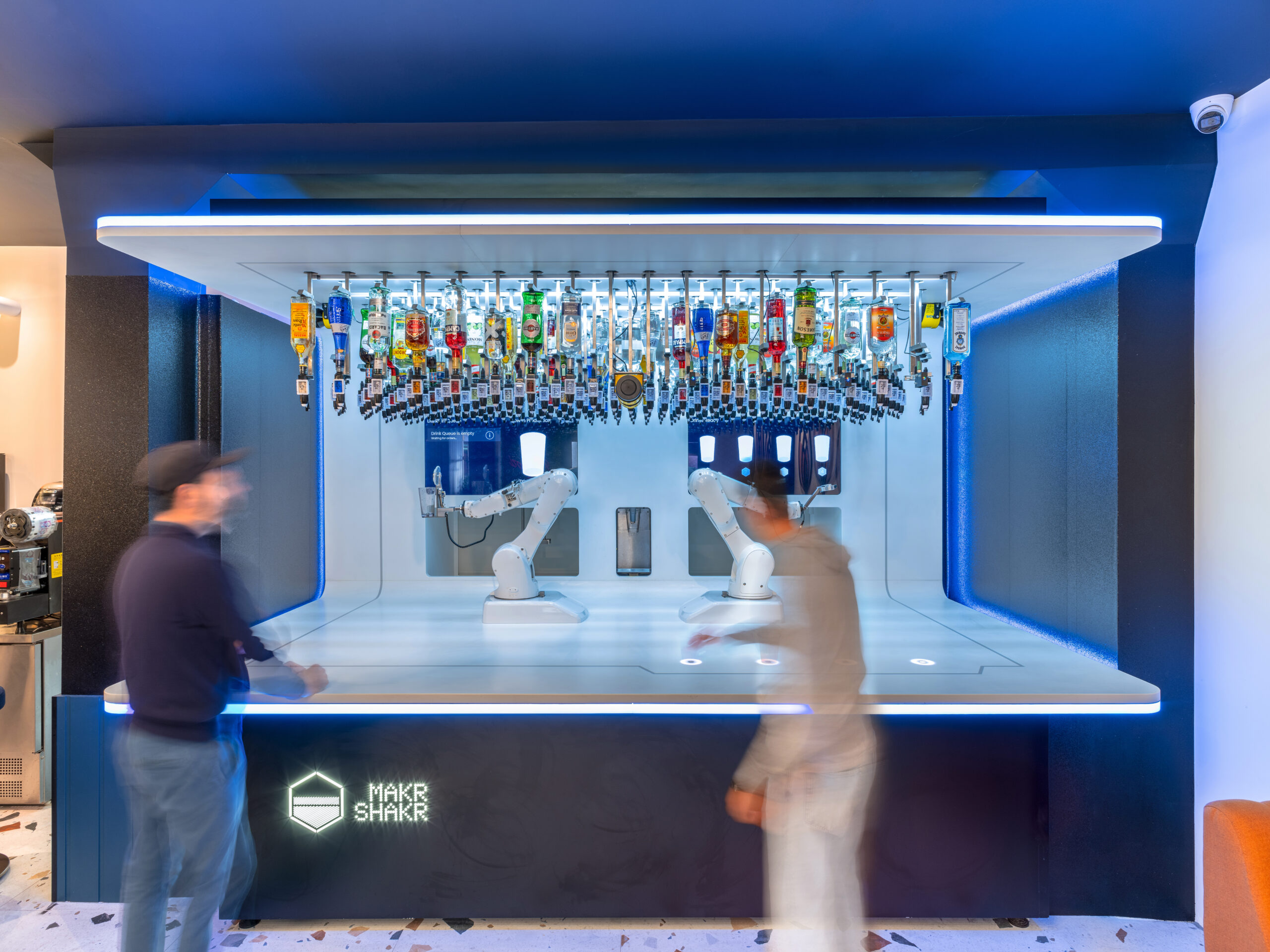 With this new product, the company aims to further encourage people to think about the changes introduced by today’s “robotisation” trend and the social implications of the Fourth Industrial Revolution.

Over the last years, Makr Shakr’s robotic arms have served over one million perfectly crafted drinks, with a peak of 800 cocktails produced per night.