The HBO Max library includes award-winning recent hits such as the first three seasons of Succession, as well as The White Lotus, The Undoing and Mare of Easttown, along with original series such as Friends: The Reunion, Hacks, Gossip Girl (2021) and The Flight Attendant, along with all-time classics including Sex and the City, The Sopranos, The Wire, Game of Thrones and Band of Brothers.

For HBO Max, it’s an ingenious way of winning new subscribers because no one will be able to finish a whole series in one flight – they will have to sign up when they get home to find out what happens. 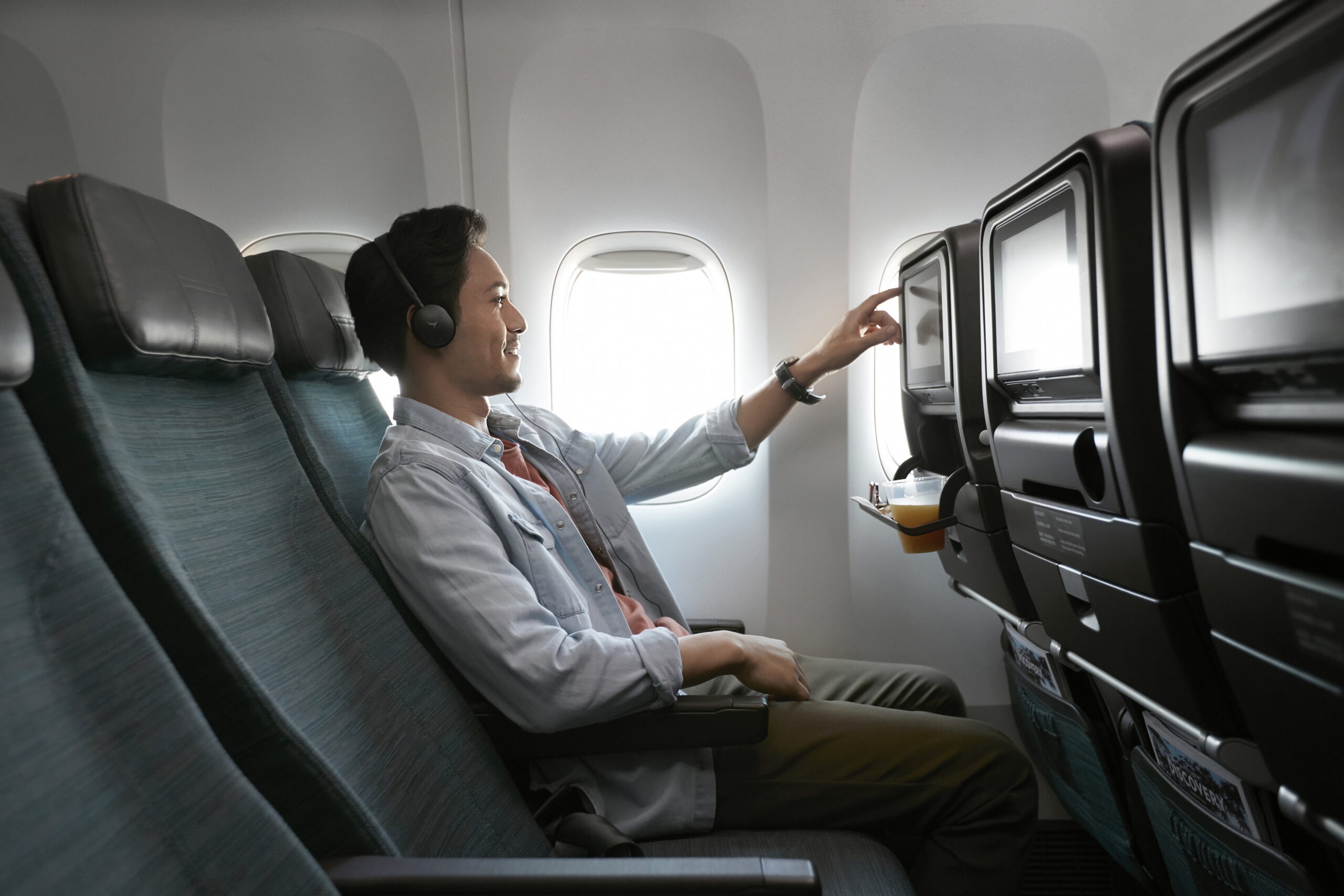 Cathay Pacific already has the largest in-flight movie and TV library in the Asia-Pacific region and seat-back screens are installed on every aircraft. This content innovation builds on the airline’s latest offering of 4K content and Bluetooth headphone pairing launched on its Airbus A321neo fleet earlier this year.

Cathay Pacific general managerof customer experience and design, Vivian Lo, says: “To be the first in Asia to launch the HBO Max brand, not just onboard flights but anywhere is exceptional. It’s a great example of an airline and streaming service working together to bring an unprecedented entertainment experience to passengers and we hope our customers find their next new binge-worthy show on Cathay Pacific.

“During the pandemic, we have been hard at work to bring our entertainment offering to new heights ready for the return of passengers. HBO Max offers some of the most critically acclaimed and exciting shows on the market. This partnership enables us to have more complete limited original series than ever before.”

Cathay Pacific offers an extensive content set consistently on all long-haul flights and many short-haul flights, including those operated by its A350, Boeing 777 and A321neo aircraft. The HBO Max partnership also includes the Warner Bros. movie library with new releases such as Space Jam, Suicide Squad and Dune.

Overall, in the next year the airline plans to add over 300 hours of HBO Max content adding to the vast array of movies, TV shows, music, podcasts, live news, digital magazines and games currently available.