Box office hit: how Immfly is bringing cinema to the skies

Personal seat-back screens are great, but not all airlines load their in-flight entertainment (IFE) systems with a varied choice of up-to-date movies and TV shows, so it can be hard to find anything decent to watch, especially if you are a frequent flyer.

Enter the next-generation of Wireless In-Flight Entertainment – Immfly’s W-IFE. It offers more than 100 forms of sponsored content (including TV shows, movies and newspapers, plus city guides to some of its 150 destinations) tailored to the individual passenger and streamed to their own devices.

The idea, based around open wifi points located throughout an aircraft, will allow travellers who have downloaded the Immfly app or are accessing Immfly’s website to simultaneously connect via their personal gadgets and have access to a multitude of in-flight entertainment options. 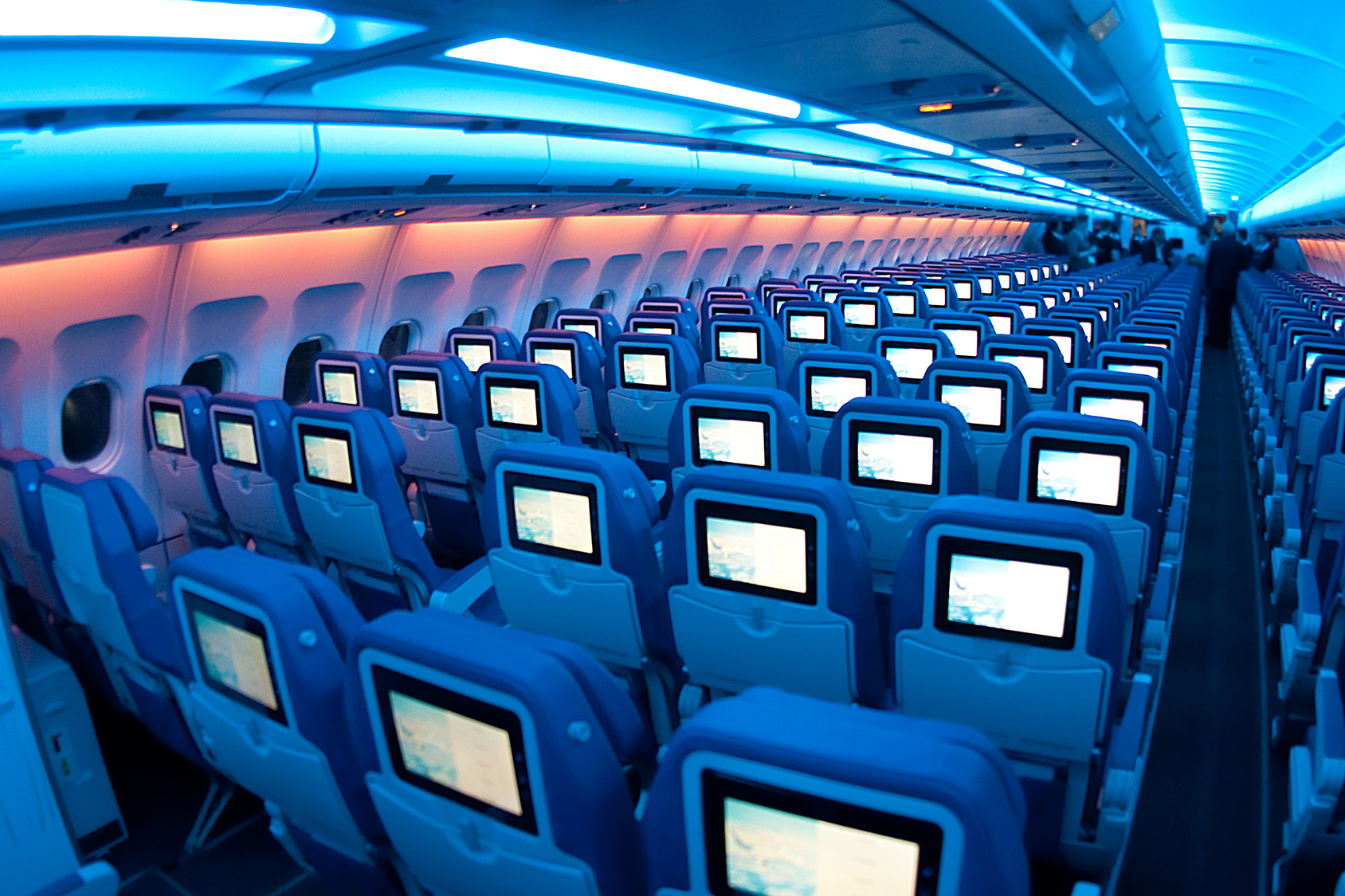 Having just celebrated its second anniversary, Immfly, founded by Barcelona-based duo Pablo Linz and Jimmy M Von Korff, has become the first company in the European market to develop a profitable streaming entertainment platform for airlines.

This will mean a reduction in the need for airlines to install their own – expensive – technology: “This new service is available to the 98 per cent of passengers who already travel with a smartphone, laptop or tablet [which removes] the need to install in-seat monitors across an airline’s entire fleet,” says Immfly.

This could potentially save airlines millions in production costs and, so far, deals have been sealed with Spanish carrier Iberia Express, which will roll out the technology on its entire after a successful trial in summer 2015. Immfly says it is “in talks with several other major European airlines,” as well.

Immfly is also appealing to brands and publishers who can partner with the company and gain exposure to thousands of flyers daily to “enhance perceptions” and “drive sales”.

Currently on the market in English, Spanish and German, the product has been well received, but with the promise of expansion it seems that Immfly is destined for great things.

The young company has been selected from a pool of hundreds of applicants as one of 24 leading technological start-ups to present its W-IFE solution at the TNW (The Next Web) Conference and Boost competition in New York on November 18.

The event was created in 2006 primarily as a networking platform to allow the 1,500-person audience to secure new business relationships with young start-ups and established companies alike. It also gives innovative tech companies a space to showcase their developments to a crowd of like-minded enthusiasts and investors.

“Boost will be taking place during the conference, providing a selective group of the most promising early-stage start-ups from across the globe the opportunity to pitch on stage and present their product to judges and industry experts“, say Immfly.

The company has huge ambitions and sky-high projections, which according to Linz and Korff, is attributed to the Spanish airline Iberia that gave them their foundation to share W-IFE technology with over 100,000 people.

With the help of the upcoming TNW Conference, Immfly aims for the number of users to rise beyond 200 million by 2018.