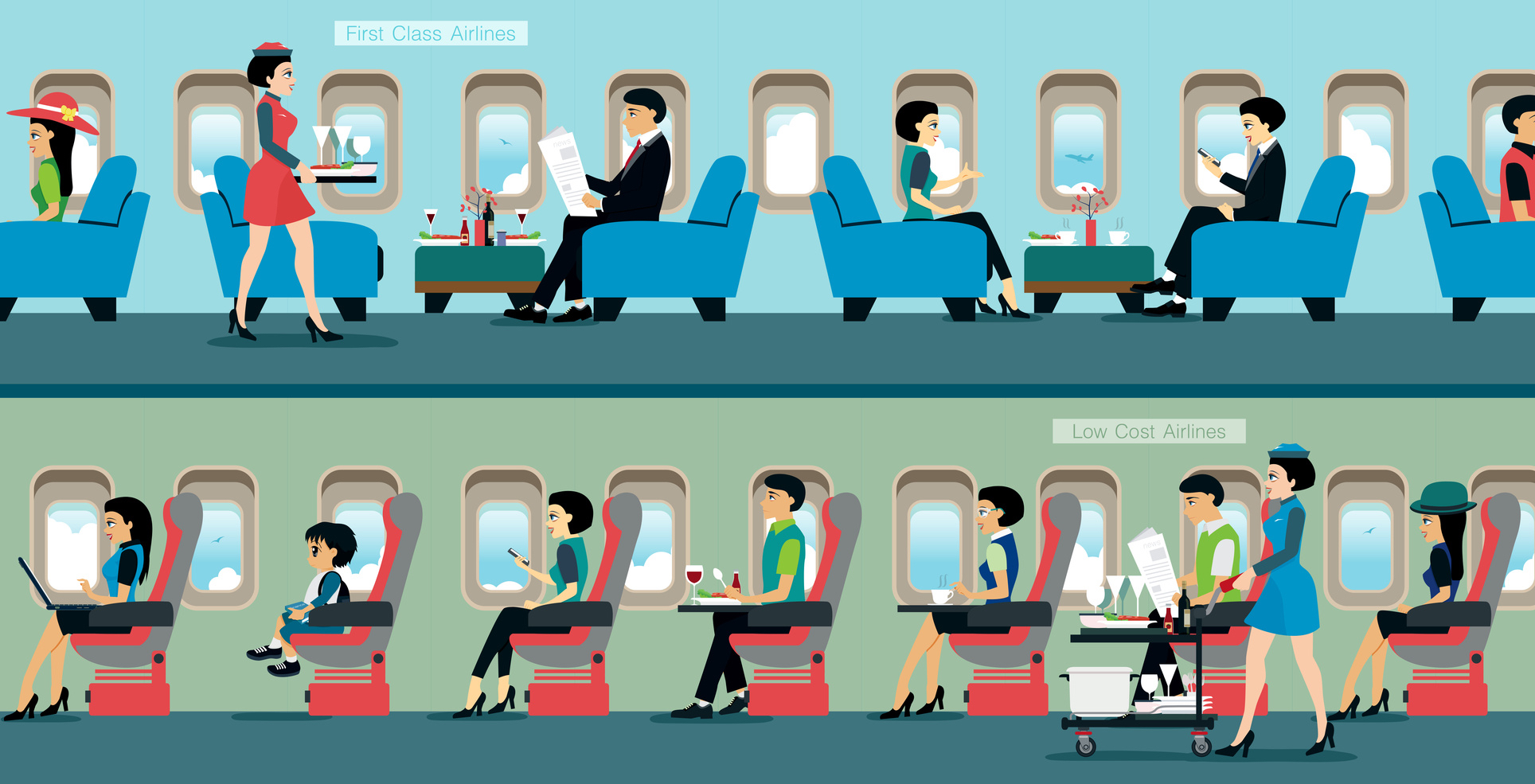 Whatever cabin you are travelling in, there is always room for improvement in what you’re eating. At the front of the plane, top-paying customers have been served champagne and smoked salmon for decades, but nowadays luxury is perceived to come in the form of ingredients that are locally sourced, just as they are in trendy restaurants.

In cheaper premium economy and economy cabins, the shift is towards guaranteeing your meal preference in advance so you aren’t stuck with the beef when you wanted the chicken, but also the option to pay extra for an “enhanced” tray that will make you the envy of your fellow travellers.

It may seem counter-intuitive to go to the effort of sourcing local ingredients when the carbon footprint of travelling by air is vast. However, a new three-month concept from Delta Air Lines that began on December 1, saw people flying the premium Delta One cabin class to London Heathrow from New York JFK and Atlanta experience improved meals designed by chefs and using premium, local ingredients.

The menu on the New York route has been designed by Nick Anderer, executive chef and partner of NYC’s Marta and Maialino restaurants. Food includes a starter of cured beef bresaola with Paffenroth Farms fingerling potatoes and horseradish crema; a white bean and sage soup; and a main course of braised lamb shoulder slow-cooked with white wine, rosemary, and polenta alongside wilted chard.

Anderer says: “Who says you can’t source great local ingredients for an international flight? The meals we’ve created for Delta challenge this notion. In collaboration with the Delta team, and many of my favorite suppliers, farmers, and artisan producers, we’ve created a menu that highlights some of the classics from Marta’s wood-fired kitchen.”

Delta says: “The introduction of Marta dishes marks the next step in a broader evolution in Delta’s culinary partnership with Union Square Hospitality Group that will feature new menus from other USHG eateries on a rotating basis and introduce customers to fresh and innovative dining options on select trans-Atlantic flights out of New York.”

On Atlanta-London, the menu has been designed by award-winning chef Linton Hopkins and includes an appetiser of chickpea salad with chorizo spinach and lemon confit; a main of braised peppered bistro steak, served with root vegetables and a gruyere gratin; and a dessert of chocolate bread pudding with whiskey caramel sauce.

Sometimes meals will also incorporate seasonal, local-harvest produce to create the likes of tarragon chicken pot pie served with sweet potatoes and savoy cabbage from the US to London.

Cathay Pacific also says it uses locally sourced and sustainable ingredients “whenever possible”, as does Emirates, which highlights dishes such as lamb brochette with Arabic spices or grilled chicken breast with caramelised plums. South African Airlines and Ethiopian Airlines are also following this trend, with the latter serving national dish “Injera bǝ wot”.

It says wot is a spicy stew accompanied by injera, which is a leavened flat bread made from an ancient, gluten free Ethiopian grain called teff.

Unless you’re sitting in 1A, there is always the risk of not getting your first choice of meal, but an increasing number of airlines are offering the chance to order your food in ahead of departure so you have it guaranteed.

American Airlines claims to be the first US carrier to give first and business class traveller the option to “reserve your entrée before you fly”, while in spring 2015, Singapore Airlines extended its business and first class pre-order “Book the Cook” service to premium economy passengers.

Long-haul business class passengers travelling from Helsinki with Finnair, meanwhile, can request one of three “Meals designed for you” options – “Wellness and Energy”, “Food Lover’s Treat” and “Chef’s Gourmet”. It also offers economy passengers the chance to pay €12 for a pre-ordered plate of chicken breast with mashed potatoes or Indian vegetable masala, for example.

In April, British Airways will extend its free pre-order meal option (from the normal in-flight menu) for premium economy, business and first to those travelling out of Gatwick, and from London City to JFK. (It was made available to those travelling long-haul out of Heathrow in 2013.)

If you’re fed up with eating bad economy class food, and don’t want to make do with a sandwich from the airport Pret, some airlines are beginning to offer paid-for enhanced meals to be served on board.

Air France is giving premium economy and economy passengers not only the chance of guaranteeing their choice for free from the standard in-flight menu, but of paying for an “edible upgrade” from its “A la Carte” menu. There are four options including “Tradition” for €18, “Italia” for €12 and “Ocean” for €15. You can also pay with Flying Blue miles. (Business and first class passengers can book “A la Carte” choices for free.)

British Airways is also hopping on the band-wagon. Its pre-paid meals are available to order online on outbound flights from London Heathrow to most long-haul destinations. There are six trays to choose from, priced between £15 and £18, and include a full English breakfast, a healthy option of steamed fish and a “Taste of Britain” tray with Loch Fyne smoked salmon and Wiltshire pork belly. 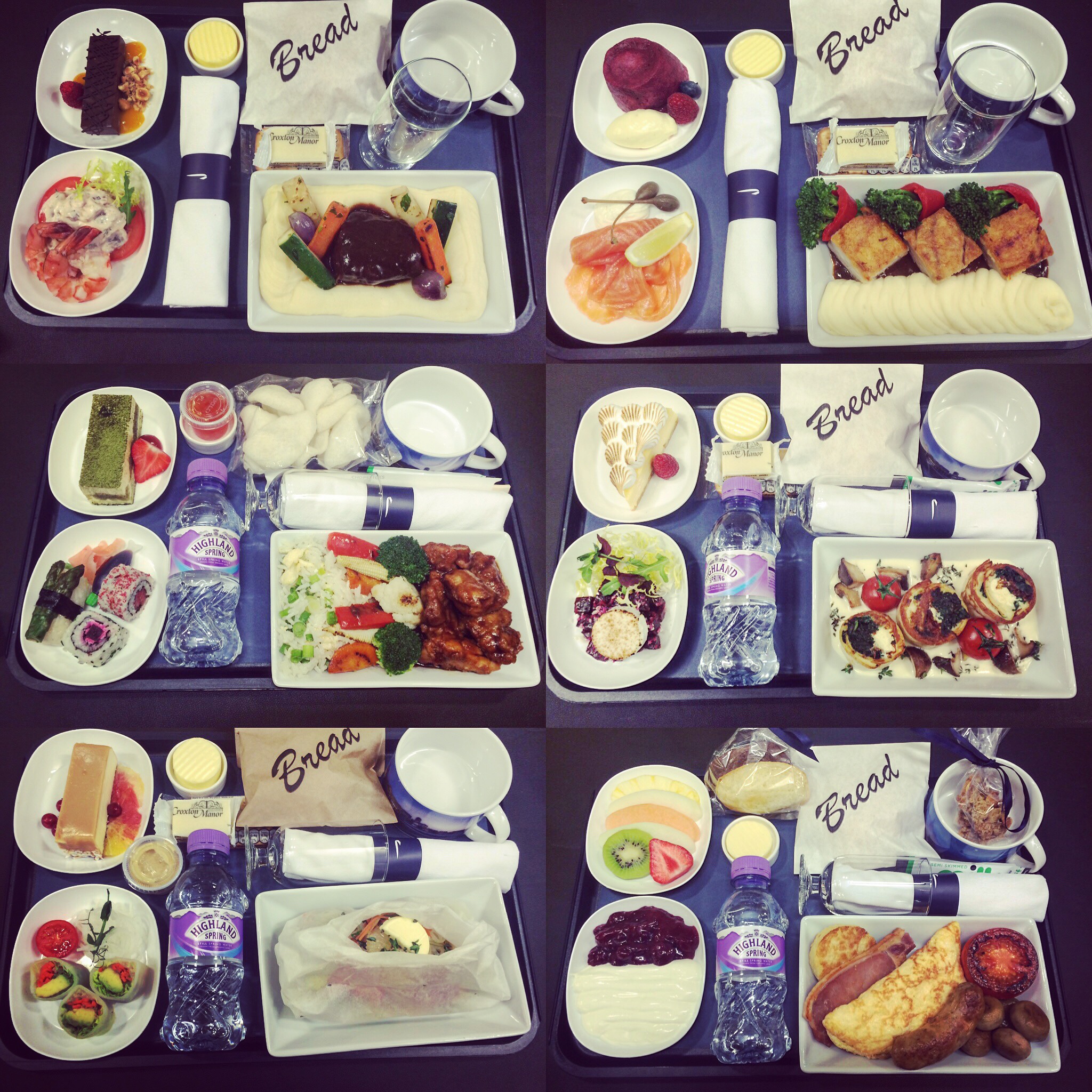 BA plans to extend the offering to outbound flights from Gatwick in 2016, as well as to various inbound flights.