Unveiled in August 2021, the 1 Hotel in Toronto is described as “Canada’s first mission-driven hotel that celebrates the beauty of Toronto’s natural environment and offers an urban oasis in the heart of the city”.

Rockwell Group’s design concept for 1 Hotel Toronto was a response to the question “What if a luxury hotel was an inviting portal to the natural world, instead of a flight from it?”

The “material palette” for the 1 Hotel Toronto takes inspiration from the “muted colours of Lake Ontario and the contrasting tones of the passing seasons” and features reclaimed timber, native plants, board-formed concrete and local marble. 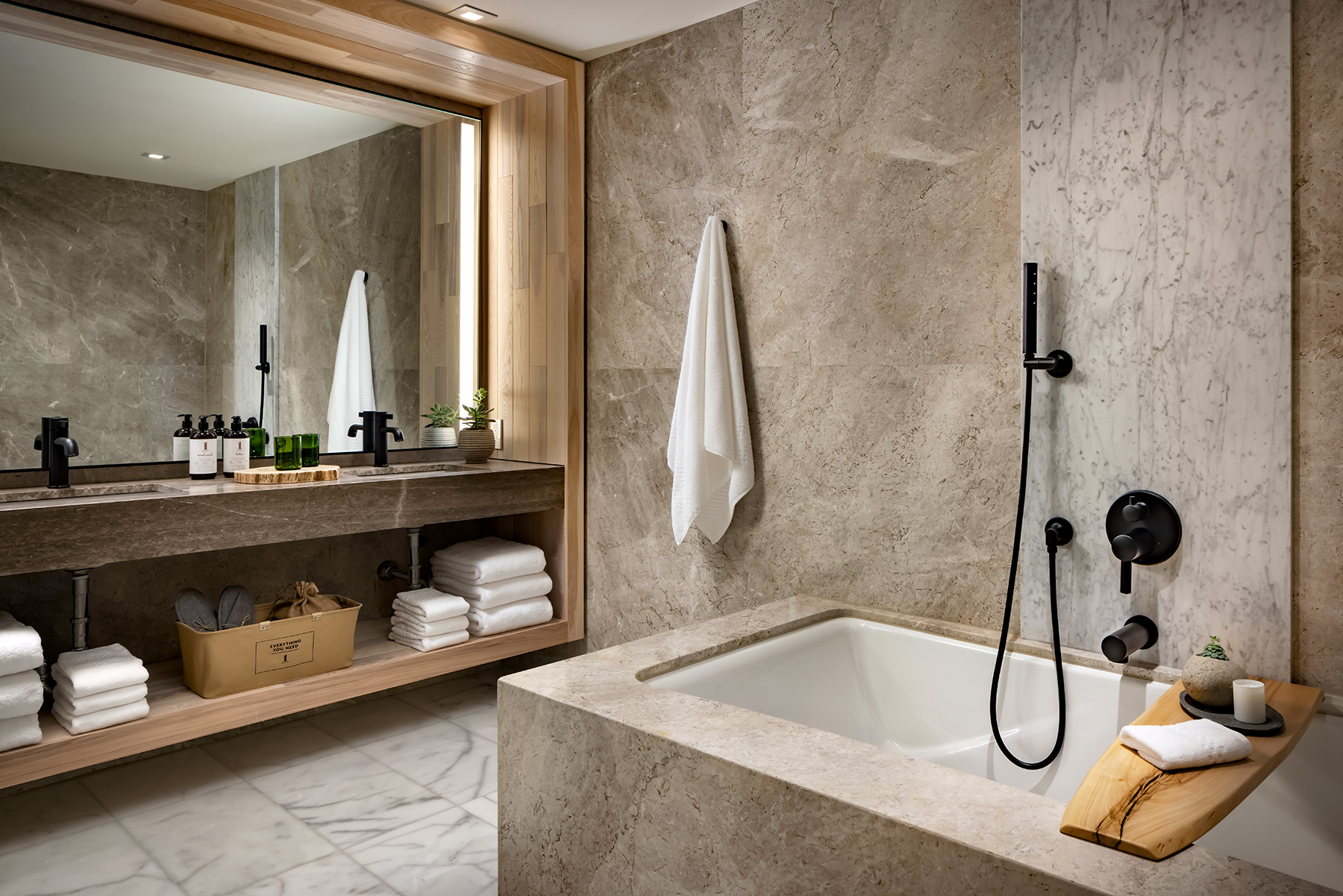 The lobby is a “warm and nest-like space” with reclaimed Elm wood flooring and shelving sourced from a dismantled barn in Ontario. It is surrounded by floor-to-ceiling glass windows that create a light box at night, as well as a feeling of seamlessness between indoors and out, says Rockwell Group.

The entrance is framed with a mix of granite and limestone boulders, maple trees, local plants, wood, and a trailing green canopy.

Behind the check-in desk is a stone wall with wood-like striations – carved out of glacial activity along the Eramosa River – that serves as the backdrop to an art installation designed by Toronto-based artists Moss & Lam. 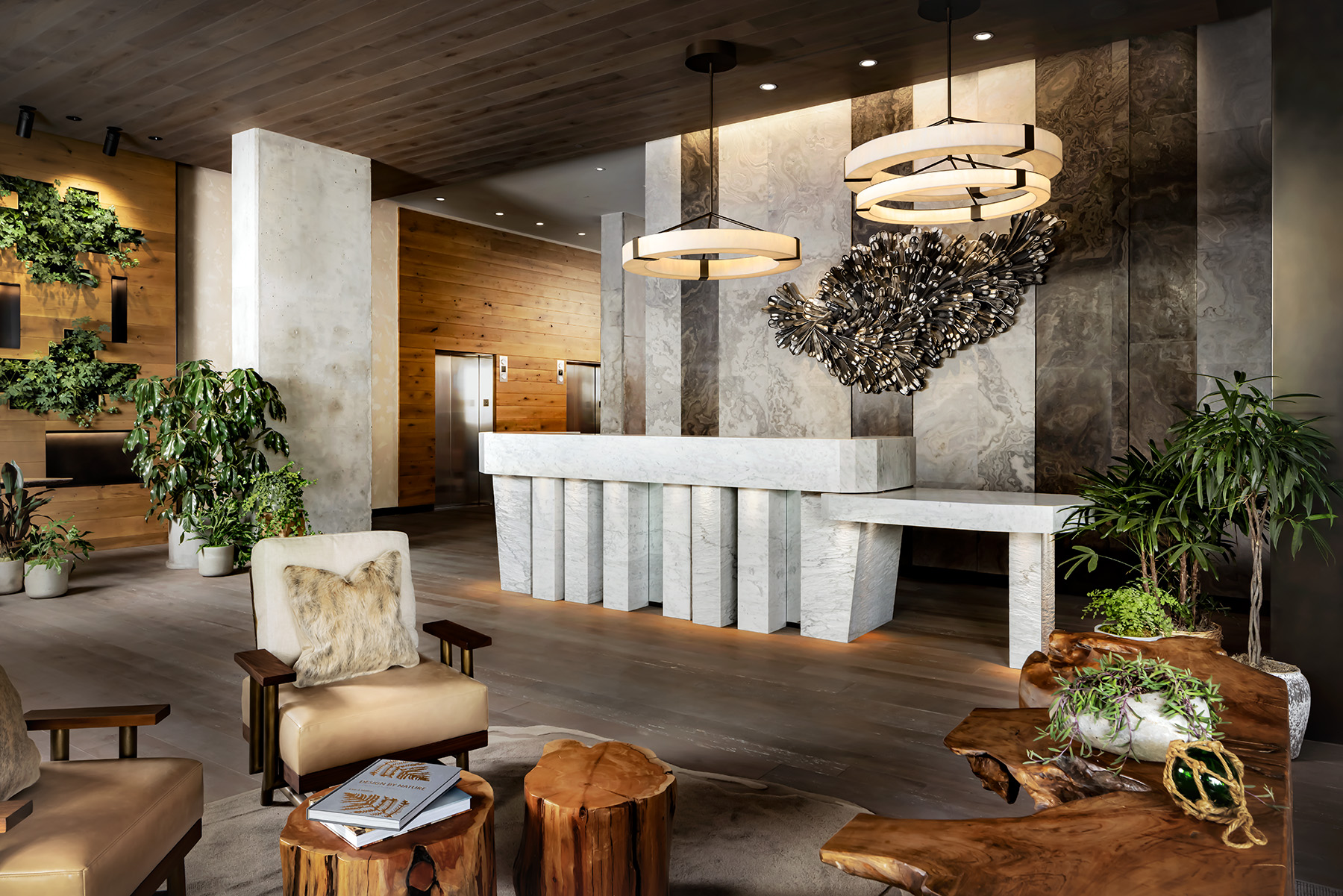 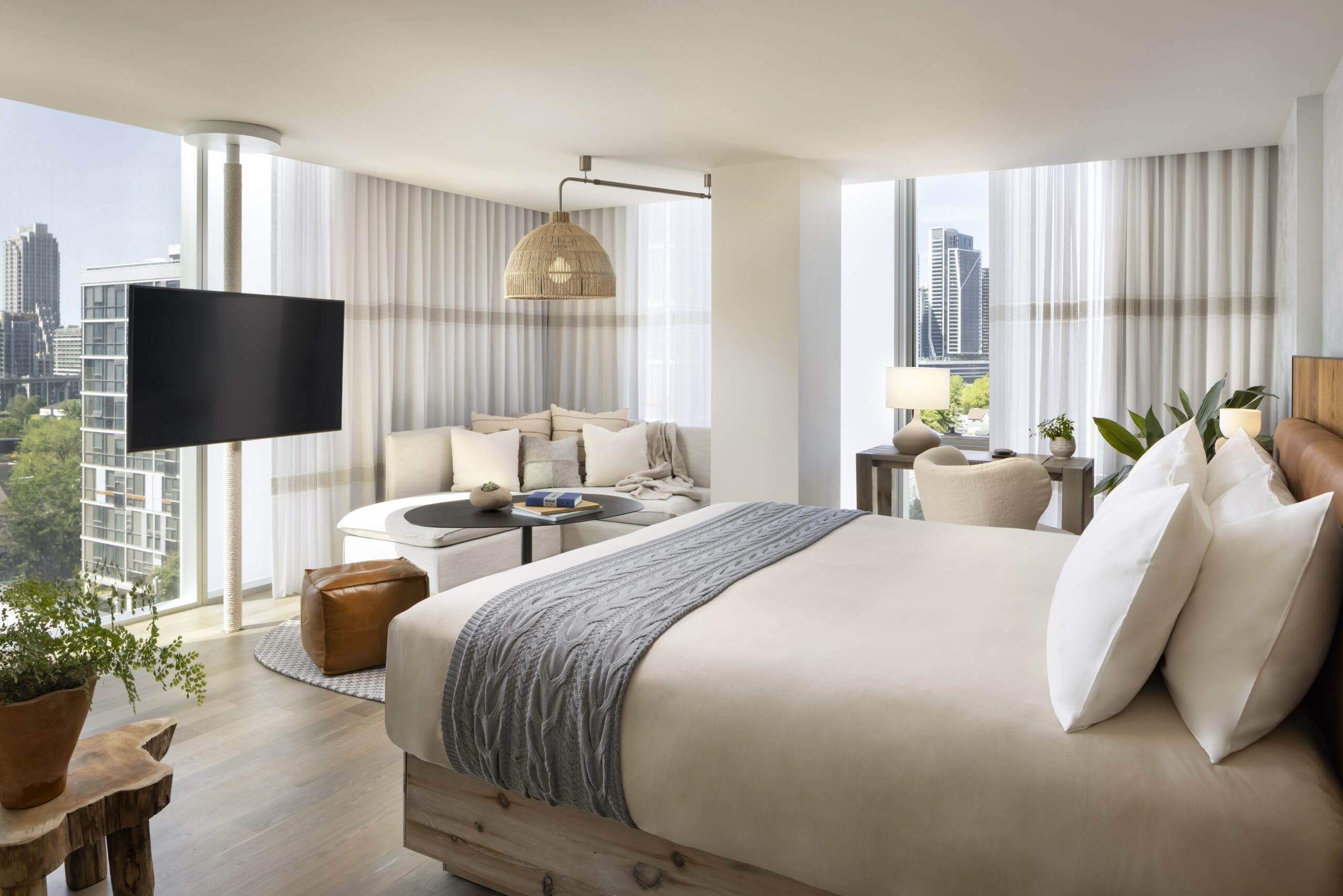 A natural wood accent wall is added behind the bed, with a leather headboard. An art piece comprised of a fallen tree fragment, sourced by a local wood studio, completes the design. 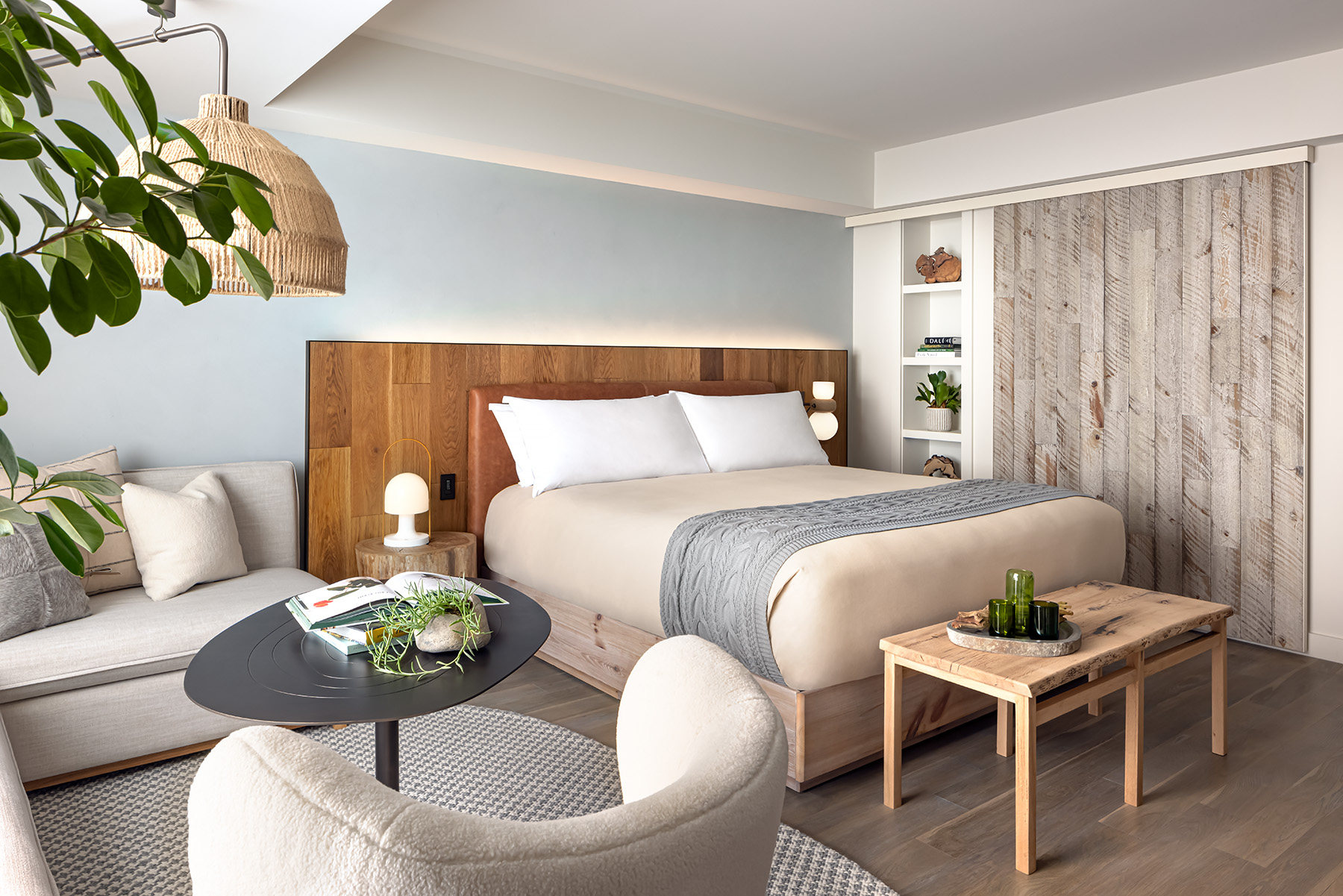 The hotel also has two restaurants and two bars. Located in a glass-walled conservatory-like space with a vaulted wood ceiling and curved trusses hung with greenery, 1 Kitchen has a “vintage vibe” and sources all food ingredients from within a 50km radius. 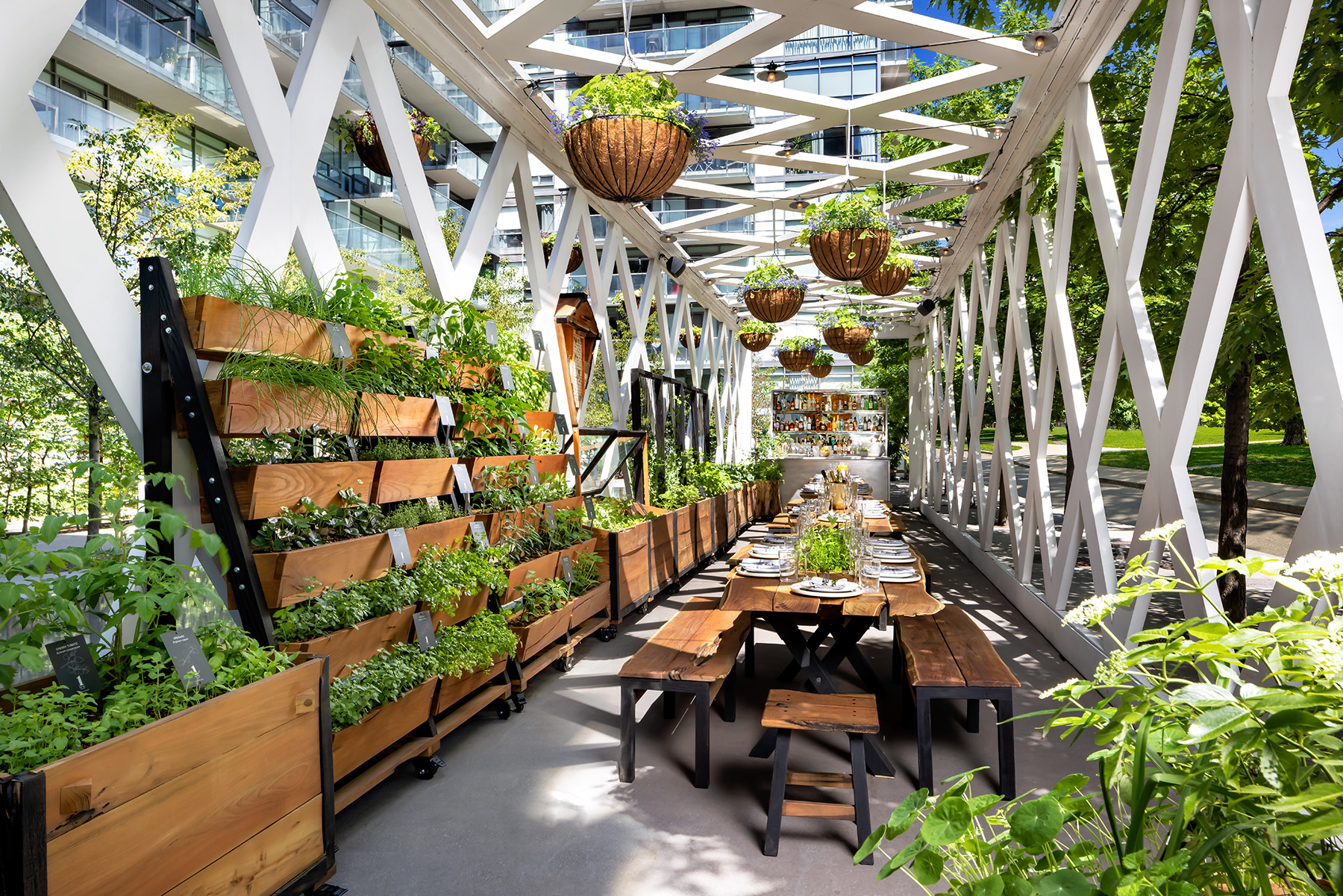 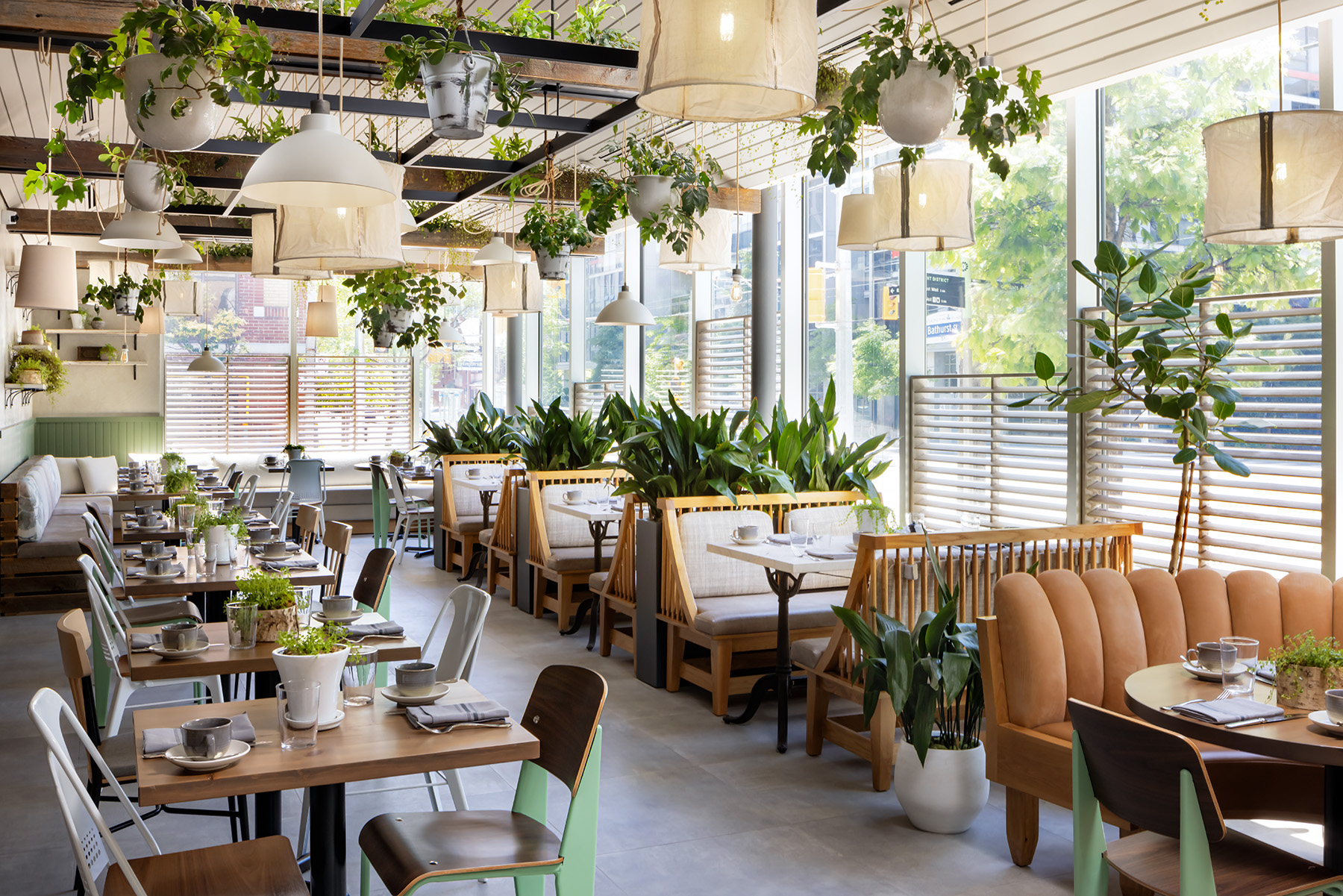 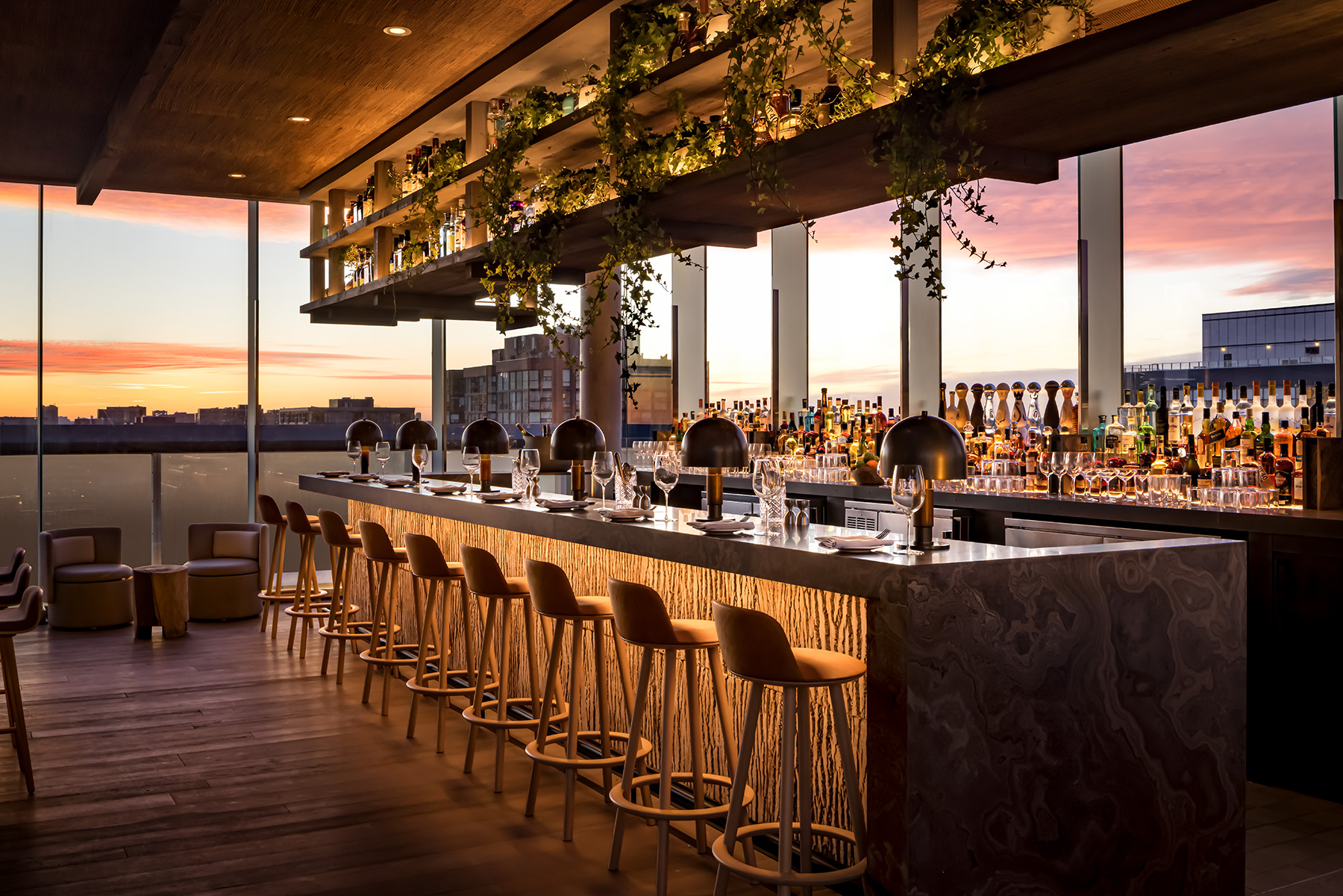 Rockwell Group’s founder, David Rockwell, says “We have long admired 1 Hotels’ sustainable and eco-friendly ethos, and we are thrilled to have been given the opportunity to design the new 1 Hotel Toronto with a biophilic emphasis. Our vision for the hotel invites guests to celebrate Toronto’s ecology through materiality and locally-made artwork.” 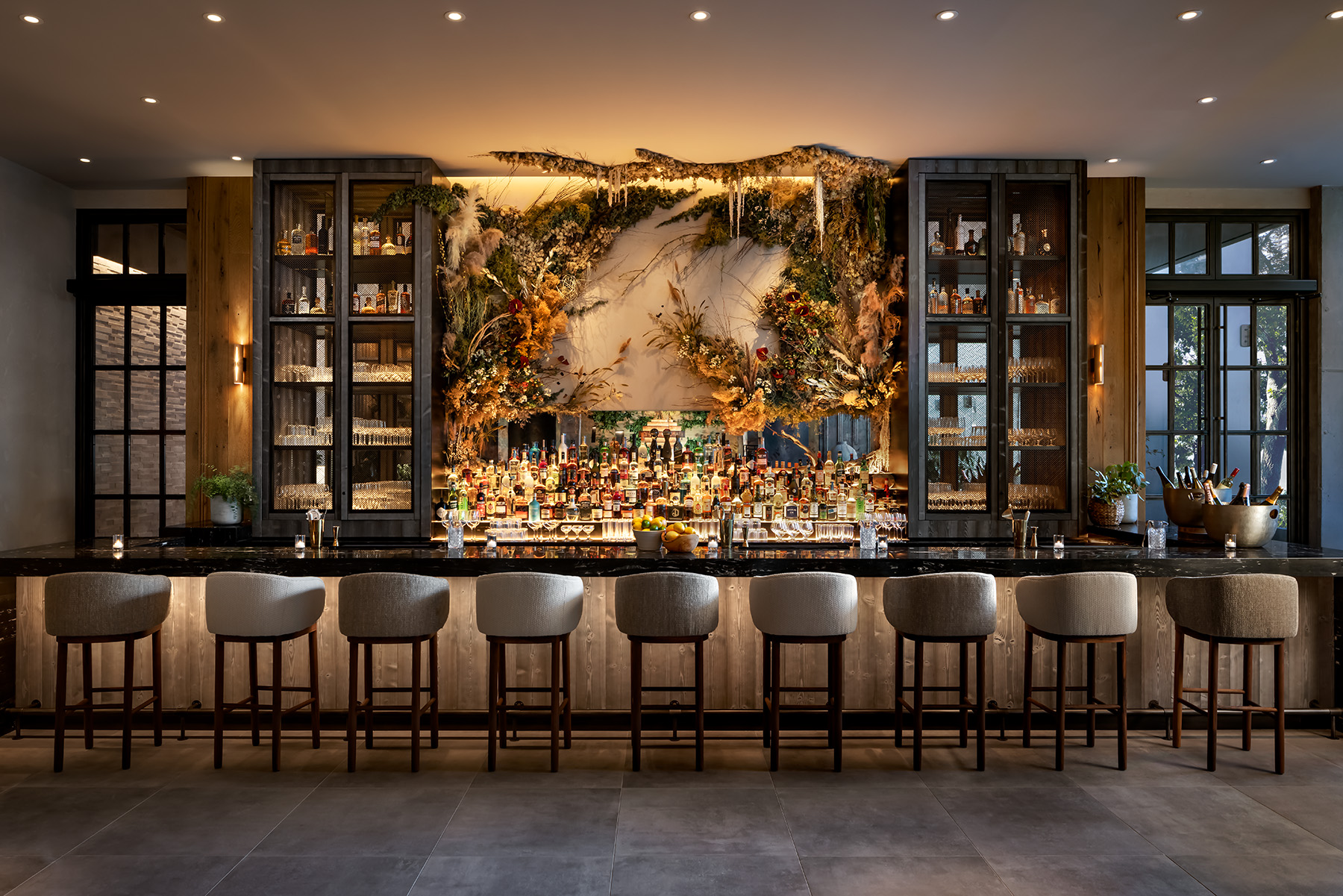 Since its launch in 2015, the 1 Hotels brand has been spearheading biophilic design, as well as “sustainable luxury” with a host of initiatives such as clothes donations and filtered water taps in rooms. So it’s interesting to see how this new property compares to predecessors such as the 1 Hotel Miami South Beach and New York Central Park.

The 1 Hotel Toronto is powered by Ontario’s renewable energy systems and expects to divert over 85 per cent of waste from landfills. On-site composting turns all organic wet waste into reusable soil for the 3,300 plants on property and multiple gardens. 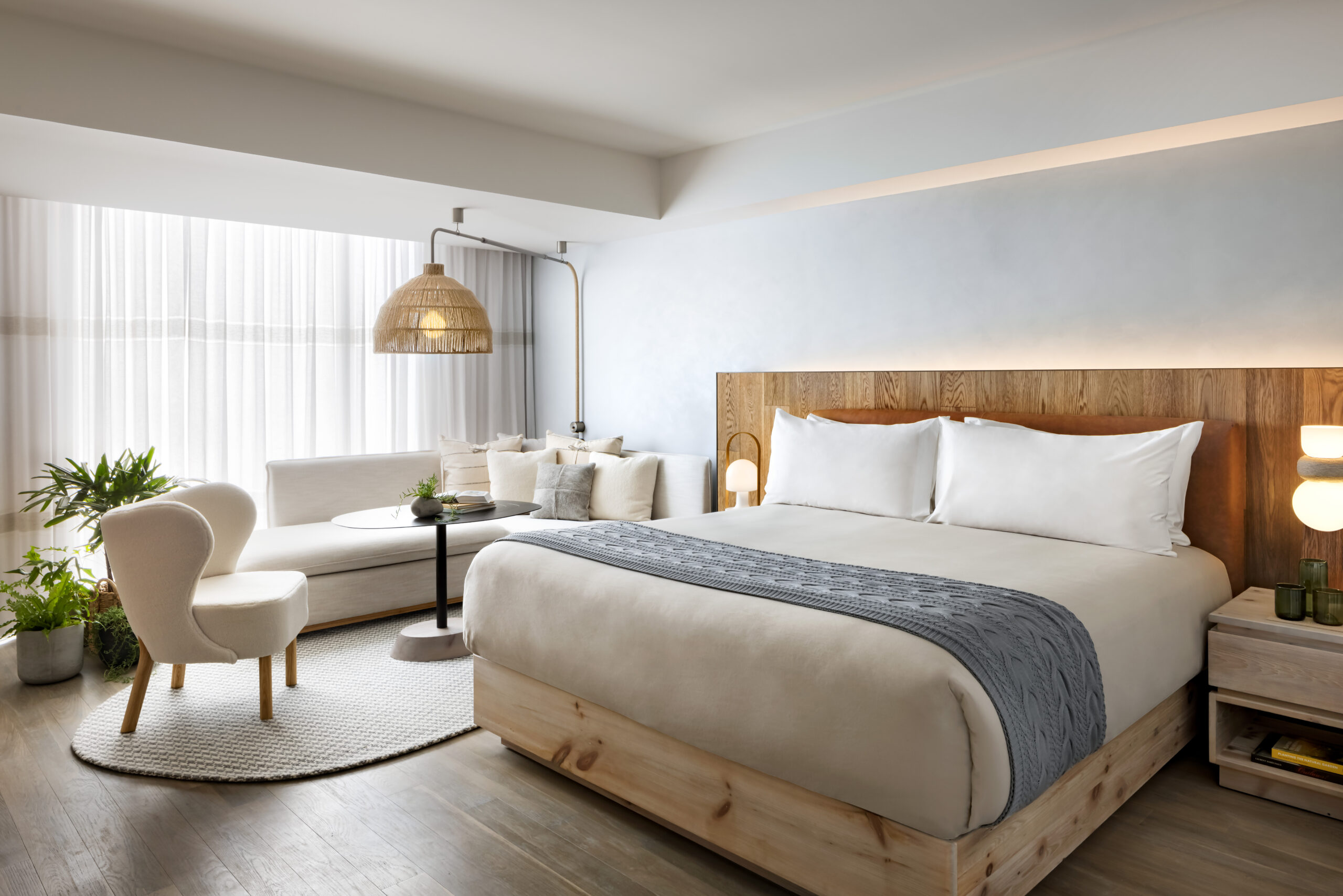