LA’s famous Polo Lounge at the Beverly Hills hotel has come to London for the summer in the form of a rooftop pop-up restaurant at sister property The Dorchester. Jenny Southan reports

Known for its signature banana-leaf wallpaper, pink exterior and Hollywood clientele, the Beverly Hills hotel, which is part of Dorchester Collection, has extended a piece of California cool to the English capital for a two-month residency.

Looking across Hyde Park, The Dorchester unveiled a new ninth-floor rooftop dining terrace in April but has now temporarily transformed it into a version of the Beverly Hills’ Polo Lounge, complete with the same candy-stripes and pink bougainvillea flowers, and the iconic Polo Lounge sign on the door. 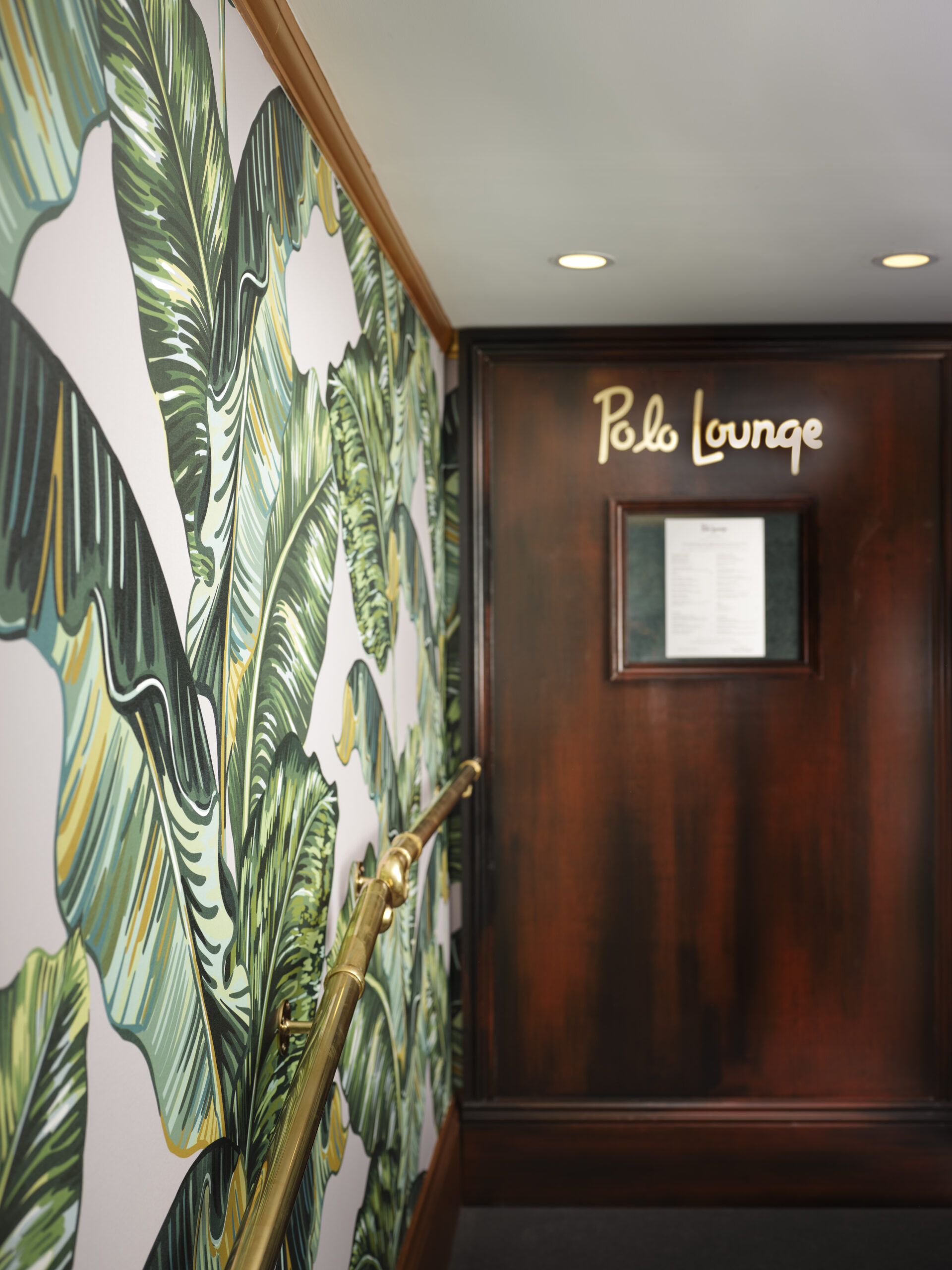 In a statement, The Dorchester said: “Known as the epicentre of LA power dining, the Polo Lounge has been the favourite spot for generations of stars and Hollywood deal-makers.”

On arrival at The Dorchester, guests will be met with a red carpet, just like at the Beverly Hills. Meanwhile, the same banana leaf wallpaper will line the entrance of the rooftop. 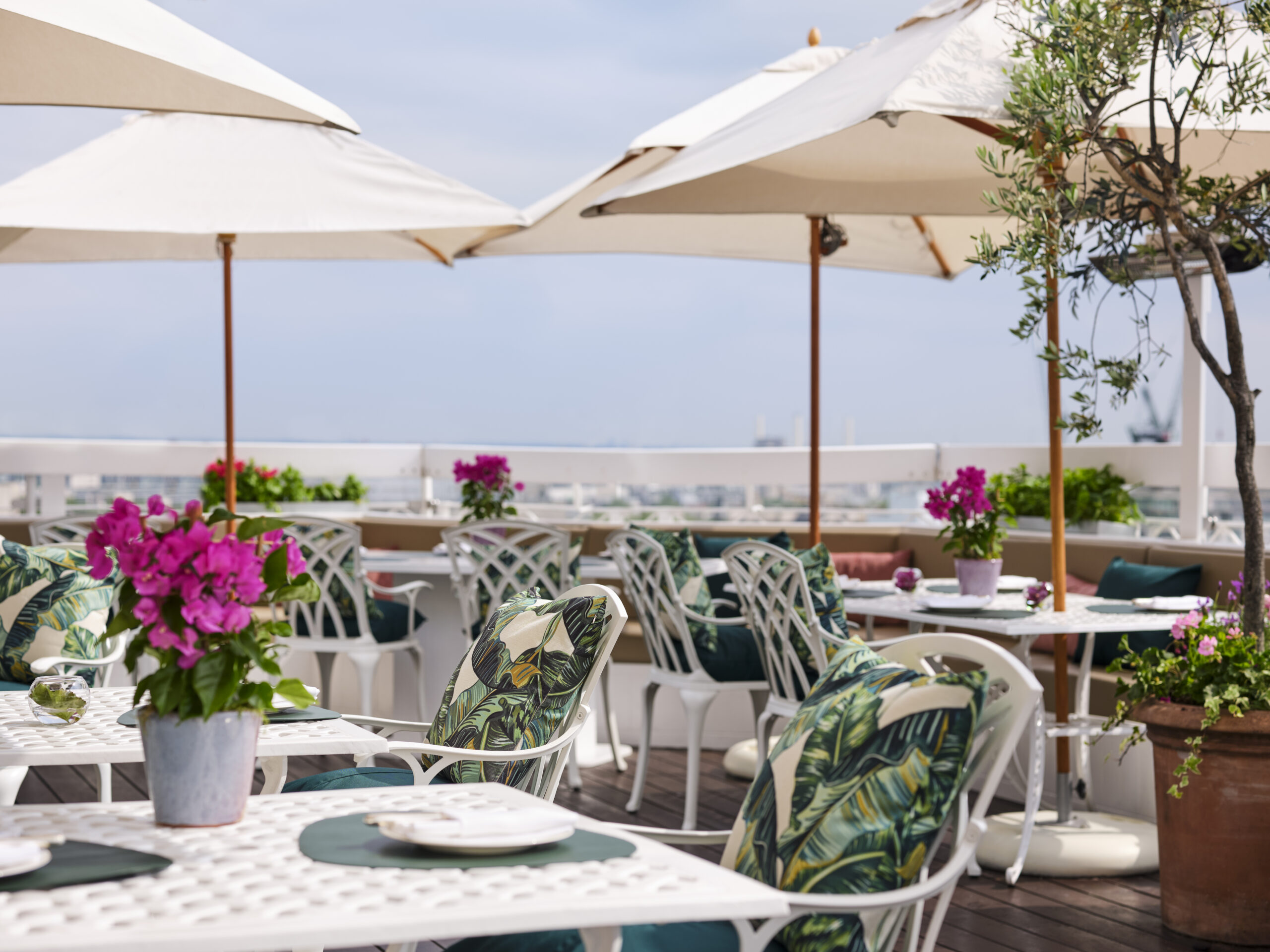 Open throughout July and August, the outdoor restaurant and lounge will be open daily for lunch and dinner (12pm to 11pm Mon-Sat, and 12pm to 10.30pm Sun), and will serve classic dishes from the LA outpost including the McCarthy salad, which was named after polo player Neil McCarthy who used to frequent the Beverly Hills hotel in the 1960s. 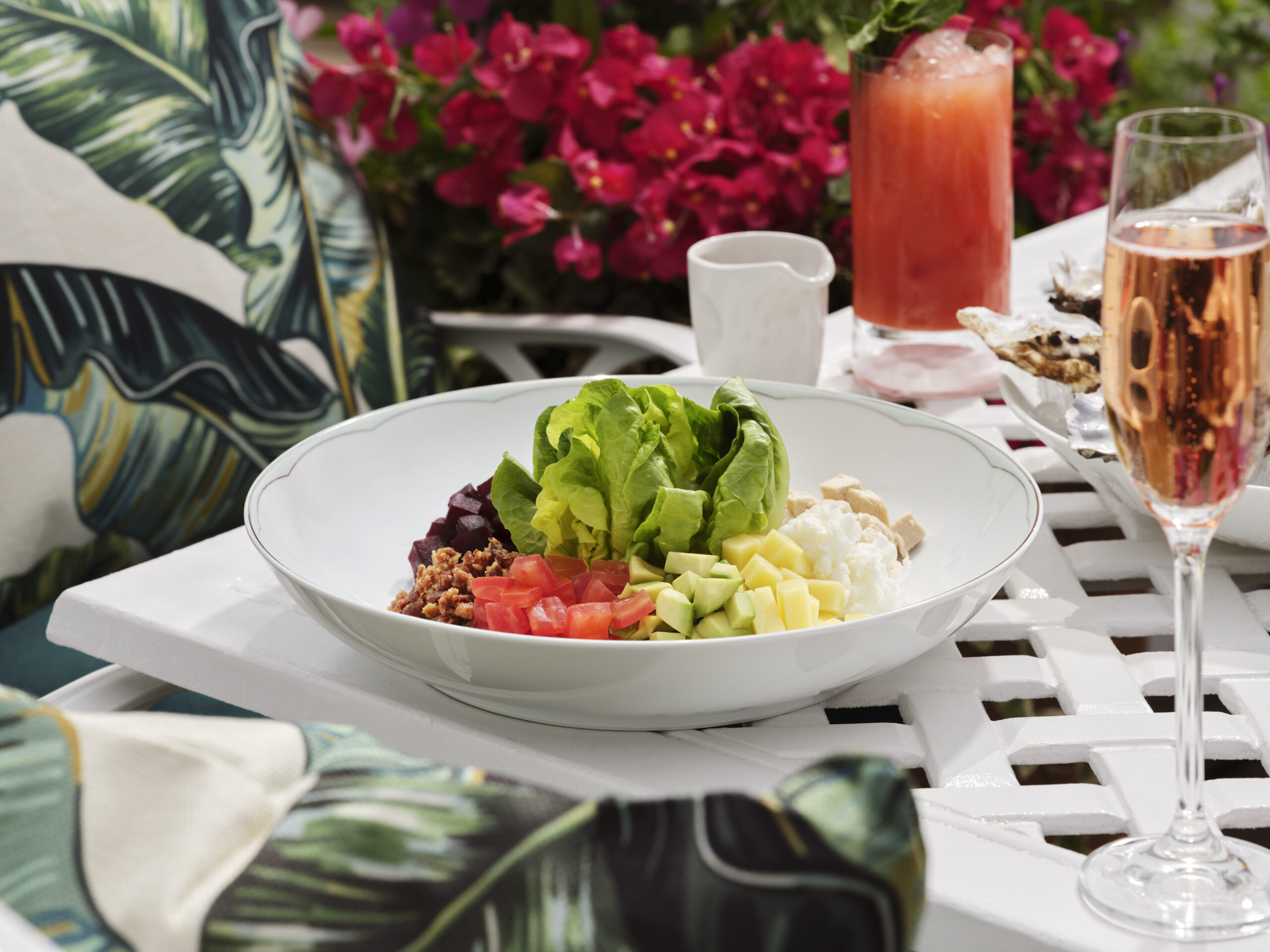 (When Globetrender visited the Beverly Hills in LA a few years ago, we were told that the McCarthy salad generates US$1 million a year for the property and constitutes 40 per cent of all food orders, including room service.)

Apparently, almost 600 McCarthy salads are sold at the Beverly Hills hotel restaurants and through in-room dining each week. 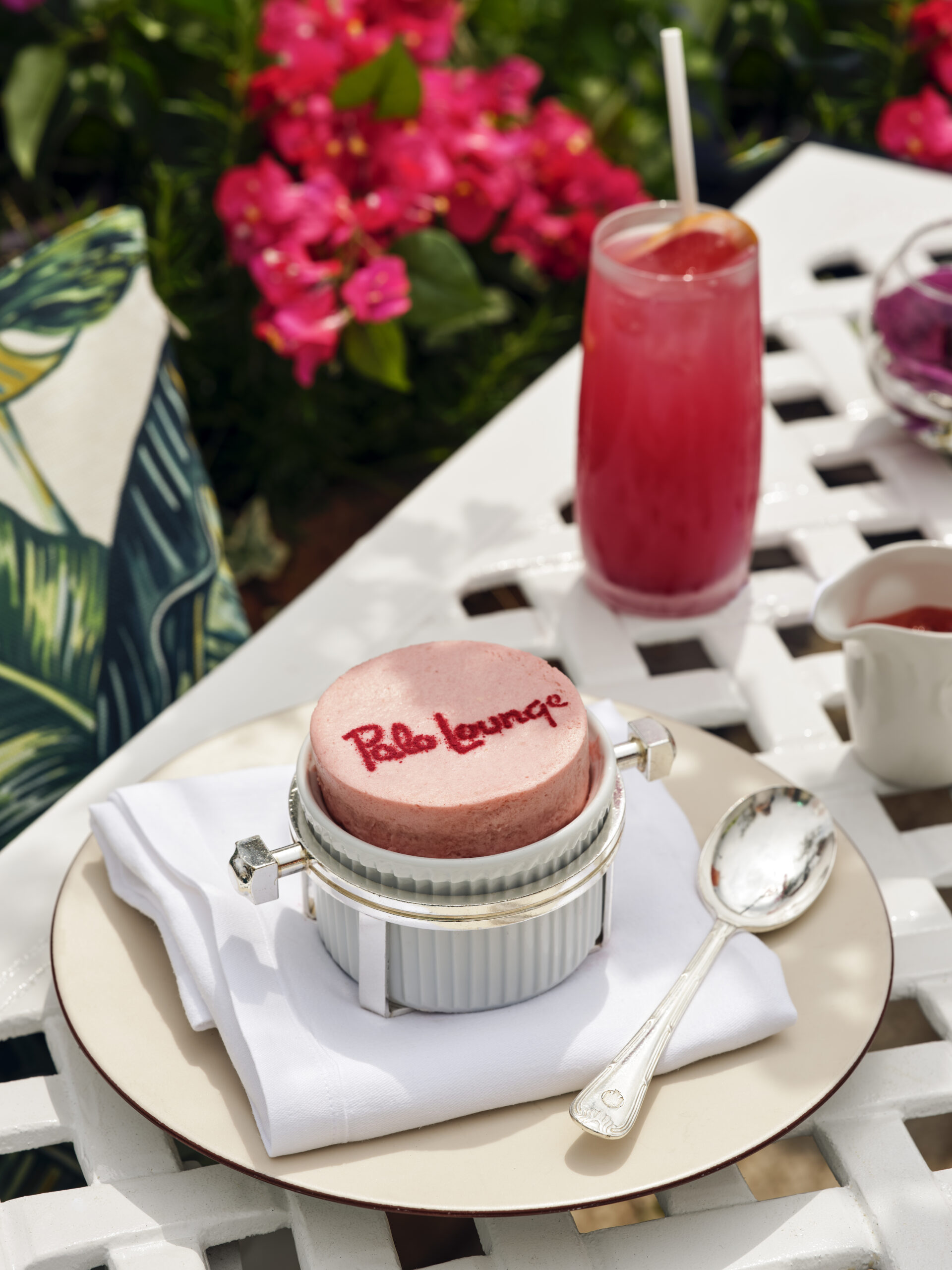 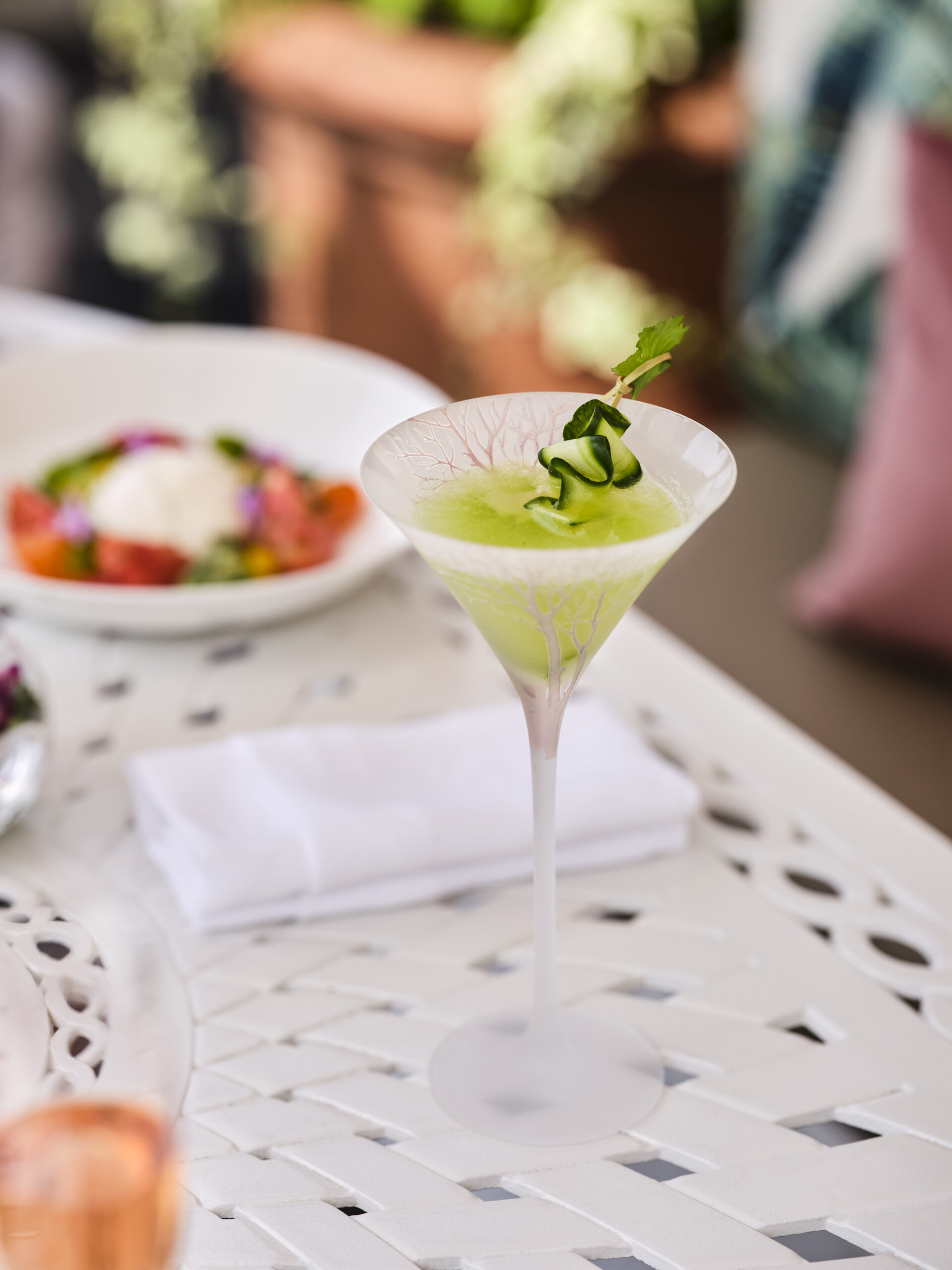 To create a feel of razzmatazz, there will also be live band and DJ performances in partnership with Yamaha Music London and Molto Music Group.

Bookings can be made via The Dorchester’s restaurant reservations team at restaurants.TDL@dorchestercollection.com or on 020 7629 8888. There is a minimum spend of £60 per person.