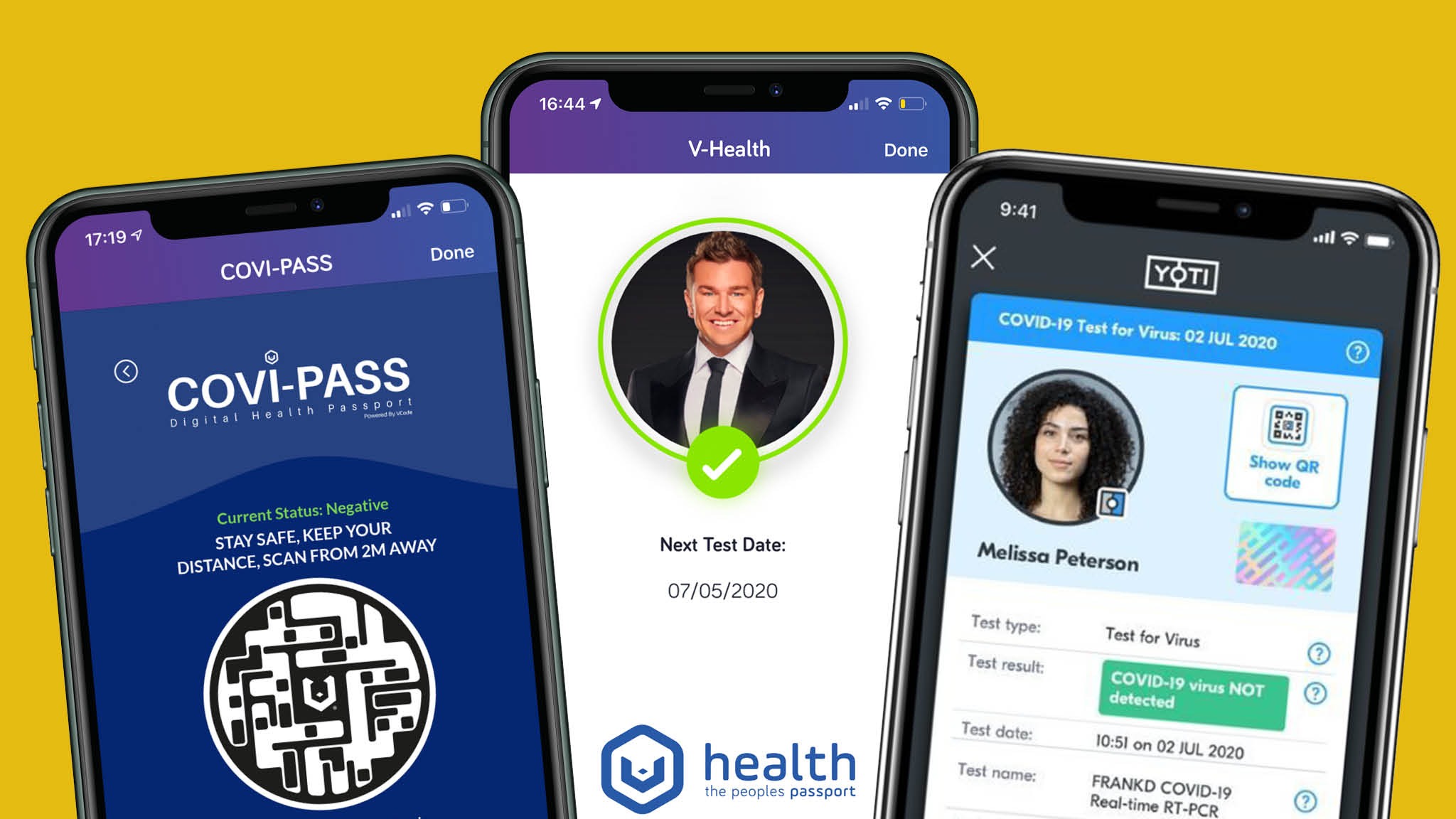 V-Health Passport displays travellers’ Covid test statuses and vaccination records in one secure app. It will soon be accepted for use by airlines and airports around the world. Olivia Palamountain reports

British tech company VST Enterprises (VSTE) launched V-Health Passport back in April 2020 and is now rolling out the app across airlines and airports.

It joins the likes of the CommonPass “Fit to Fly” test system, which was successfully trialled at Heathrow last year, and a digital health pass from the IATA (International Air Transport Association). Now in final development stages, IATA’s Travel Pass initiative is similar to CommonPass, which has been tested on flights between London and New York, and AOKpass, in use between Abu Dhabi and Pakistan.

Since February 4, 2021, travel health passport app Verifly has been in use on British Airways flights between London and the US. The airline is the first in the UK to trial the app and the first airline outside the US. British Airways US routes currently operating are New York JFK, Los Angeles, San Francisco, Boston, Chicago, Dallas, Miami, Washington, Houston and Seattle.

VST Enterprises claims that the the V-Health Passport is the world’s first fully functioning and secure live health passport that carries a persons Covid test status and vaccination record in one secure app. It is available to download on the Apple App Store and Google Play. 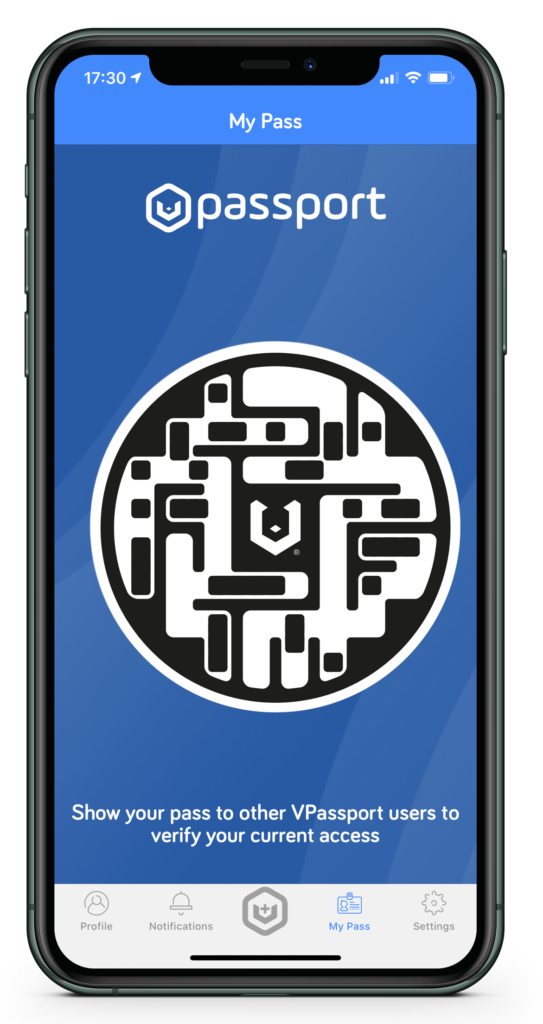 VSTE also identifies V-Health Passport as the most secure passport technology in the world. Unlike bar codes and QR codes, which can be cloned and faked, this app’s “VCode cyber coding” works on a “closed loop” system with end-to-end encryption. It has over 2.2 quintillion variations of codes that are subject to many scanning permissions, making it impossible to hack the front or back end in order to breach data.

In 2018, British Airways was fined a record £20 million for a data breach of 400,000 customers, which
affected both their personal and credit card data. The airline now faces one of the biggest ever group privacy claims in UK legal history, as reported in the Financial Times.

Designed for use by both passengers and transport providers, “cross border” technology ensures the document can be used across all air, land and sea travel infrastructure. 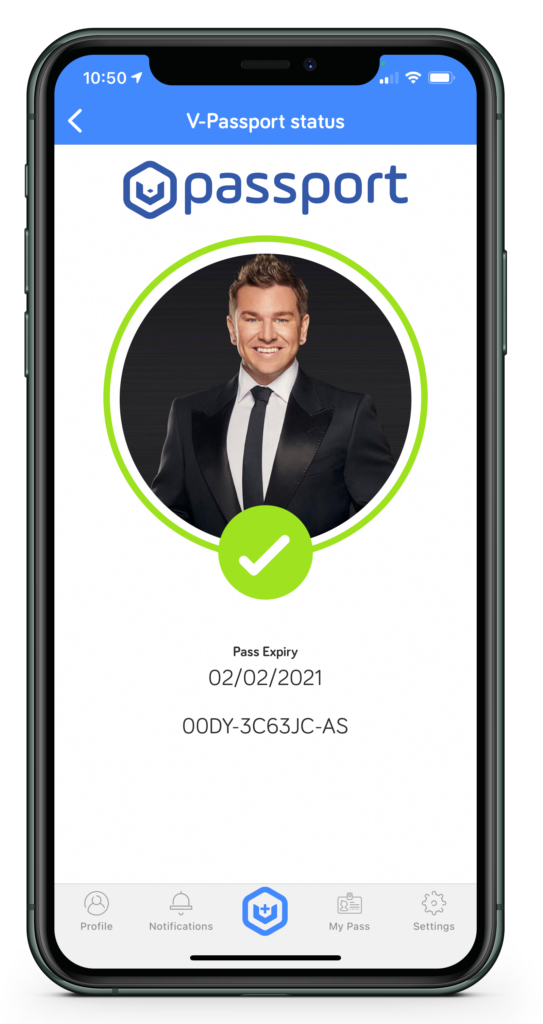 VSTE CEO Louis-James Davis has warned of fake Covid-19 test certificates and vaccination records circulating in the system, which pose a threat to airlines, airports and passengers.

Europol has confirmed these fears. According to the BBC, the EU’s law enforcement agency has issued a warning that criminals are selling fake negative Covid-19 test certificates to enable people to cheat travel restrictions.

An investigation by BBC News has found falsified NHS certificates for sale online, along with ones from clinics in Nigeria sold in forums used by organised crime groups.

The V-Health Passport is affiliated with more than 200 clinics across the UK where a person can book a Covid test – including a PCR based test – and be recognised as “Fit to Fly” by all international airlines.

UK healthcare testing partners Salutaris People and Akea Life, both at Newcastle and Liverpool John Lennon airports offer full airline travel Covid testing at their own clinics with PCR based testing for airline travel with a V-Health Passport. They also supply home test kits that are supervised over Zoom calls.

VSTE CEO Louis-James Davis says: “We are the first technology company in the world to have developed a secure, multipurpose, cross corporate and cross government digital health passport that does not rely on using bar codes or QR codes as its authentication technology. Both bar codes and QR codes have huge potential security implications as they can be cloned and hacked with the latter being subject to a process called ‘attagging’.

“Therefore, any suggestion of using this type of technology in a health passport for air travel has very real security risks. Not only is a citizen’s personal information at risk, but their Covid test status, vaccination
records and also their credit card information.

“All of this can lead to the very real potential of a massive data breach and a persons personal information and data hacked and stolen. This is of particular concern when using a bar code or QR code technology designed for use to authenticate a persons Covid 19 testing and/or vaccinations records.”