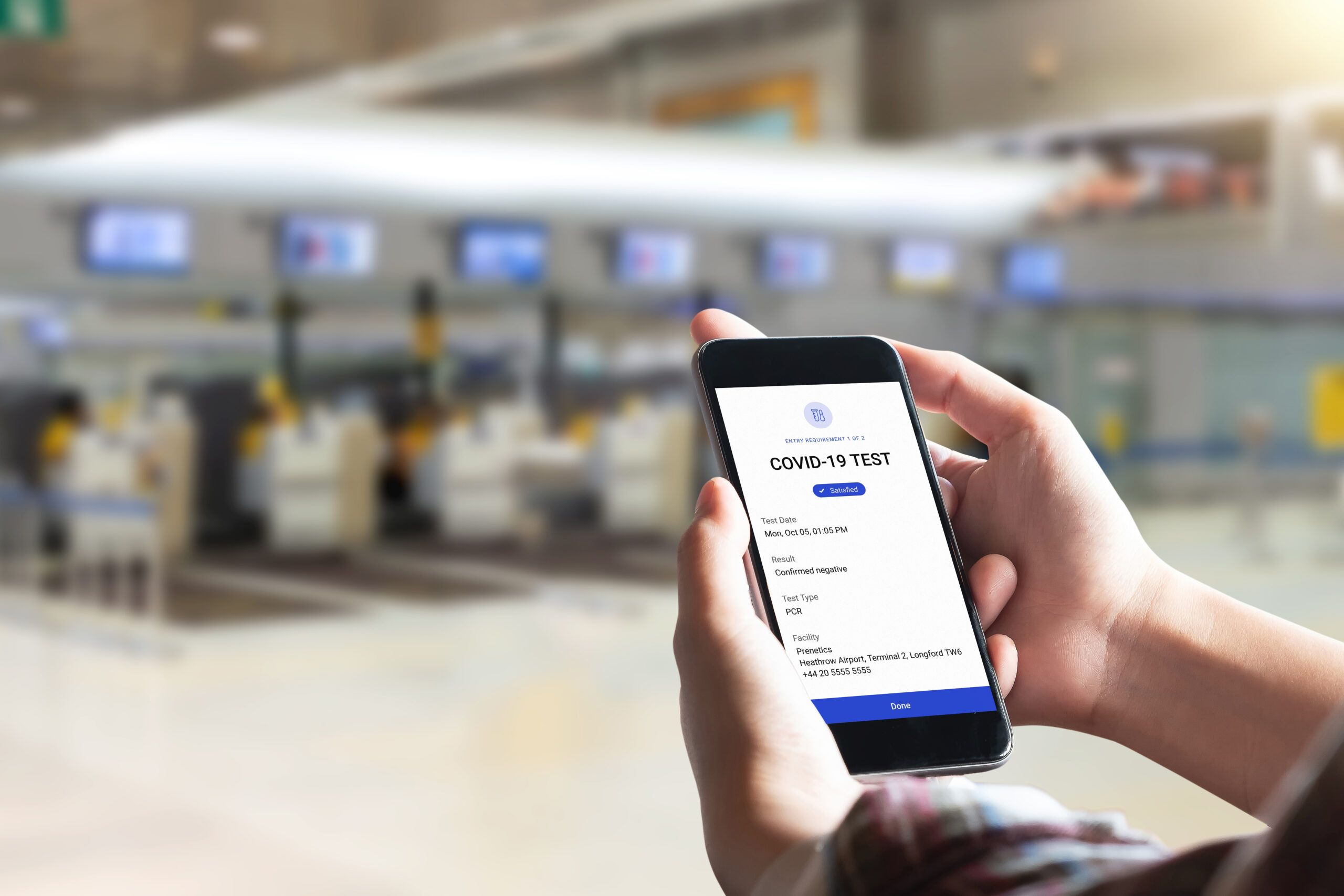 The CommonPass ‘fit to fly’ test system has been successfully trialled at Heathrow, paving the way for an internationally recognised Covid health certificate. Olivia Palamountain reports

After a successful trial on a recent Cathay Pacific flight from Hong Kong to Singapore, the CommonPass digital health certificate and app has been extended to London Heathrow airport.

CommonPass, devised by a Swiss-based non-profit foundation and funded by the Rockefeller Foundation, has been designed to create a global framework that can be used by countries to demonstrate that passengers are safe to travel. Airlines will pay to use the service.

Passengers travelling on a United Airlines flight from London Heathrow to New York Newark took part of in a trial of the system last month, with hopes for CommonPass to become the international standard for Covid-safe air travel in the future. 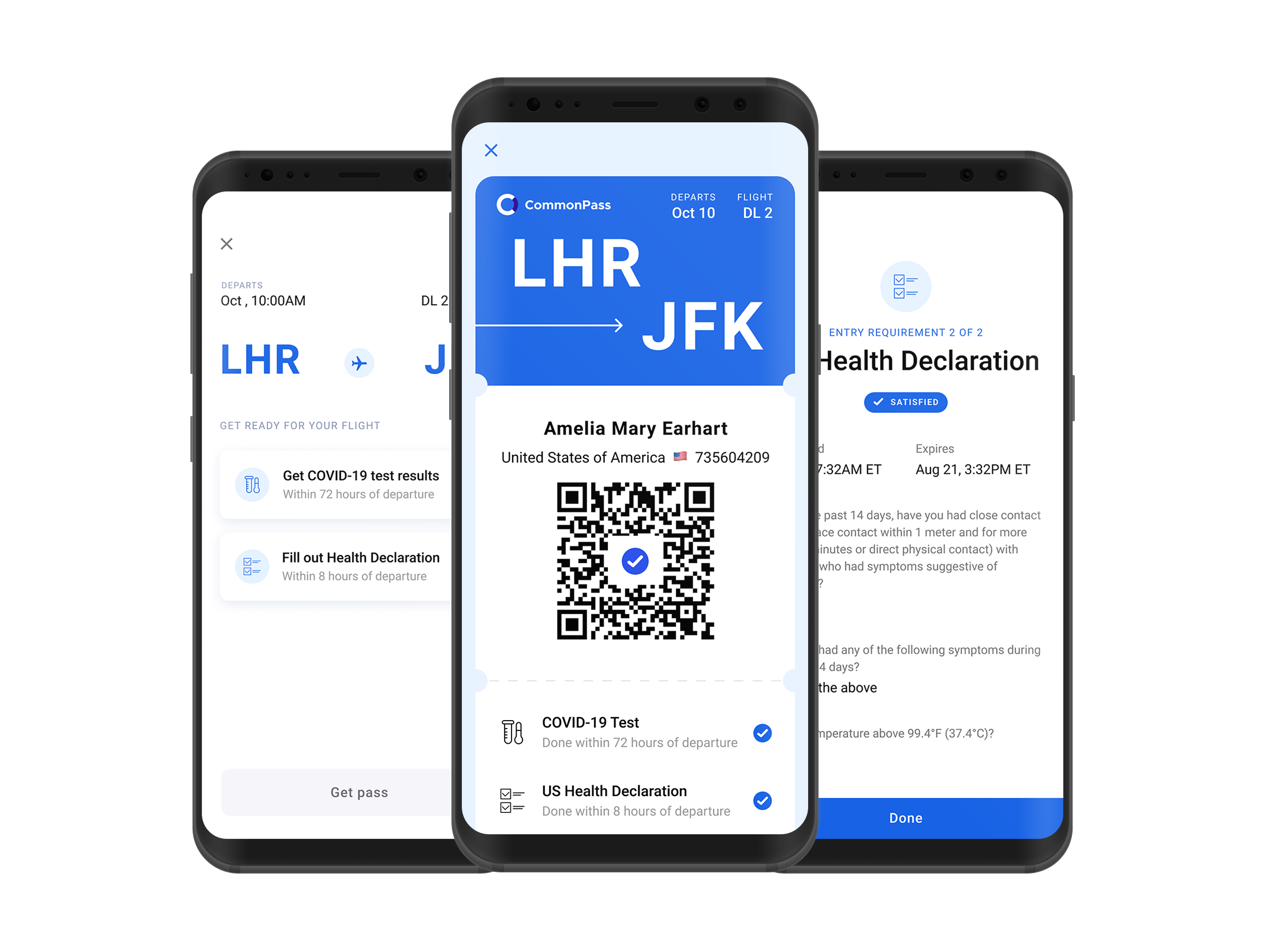 Backed by the World Economic Forum (WEF), passengers on the trial flight were required to take a Covid-19 test at Heathrow no more than 72 hours before travel, then complete the health screening questionnaire demanded by US border authorities. 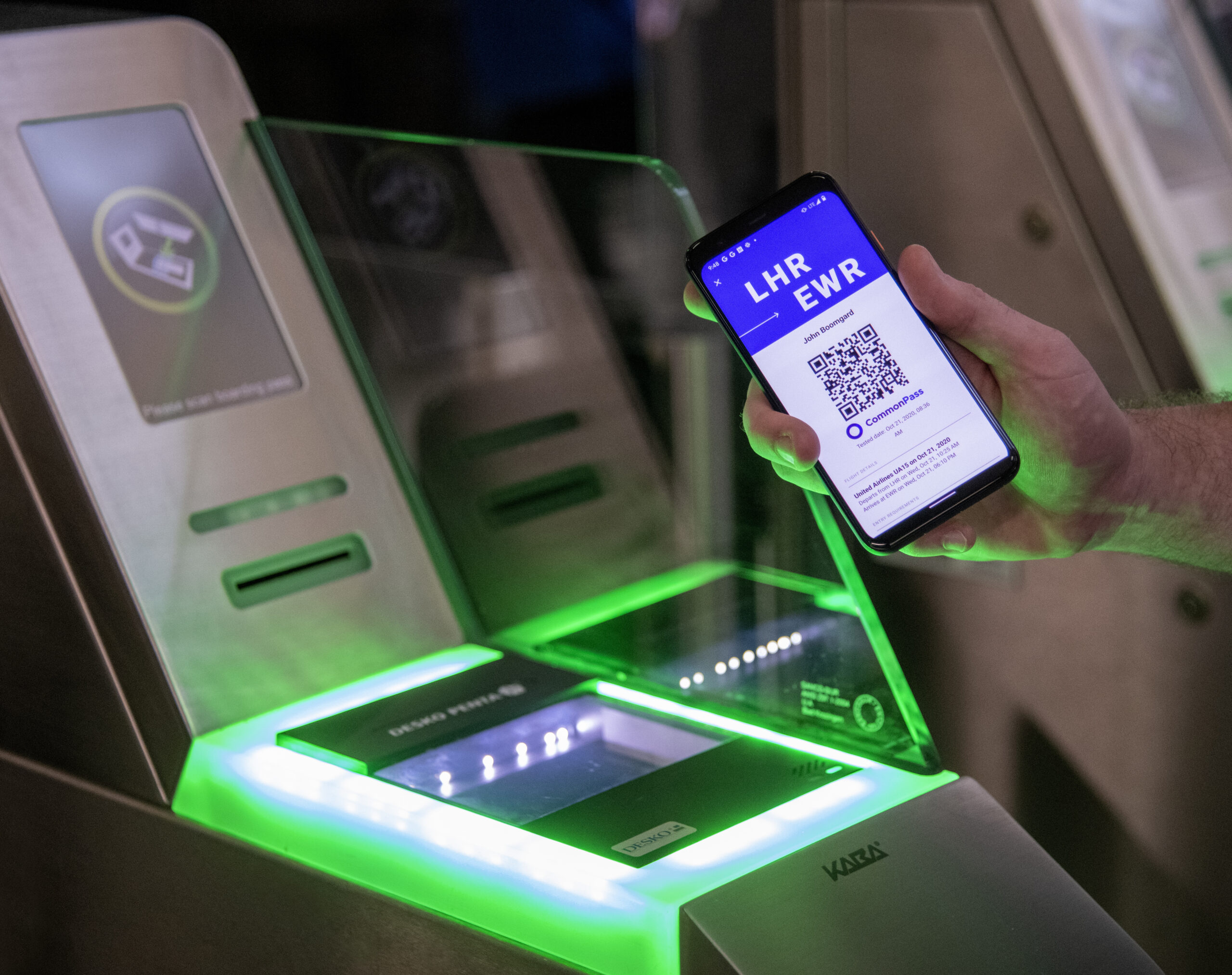 Test results were then logged on an app, which if negative, generated a QR code for airline staff and border officials to scan without the need for additional documentation. The process of securing a refund for the flight after testing positive was unclear. 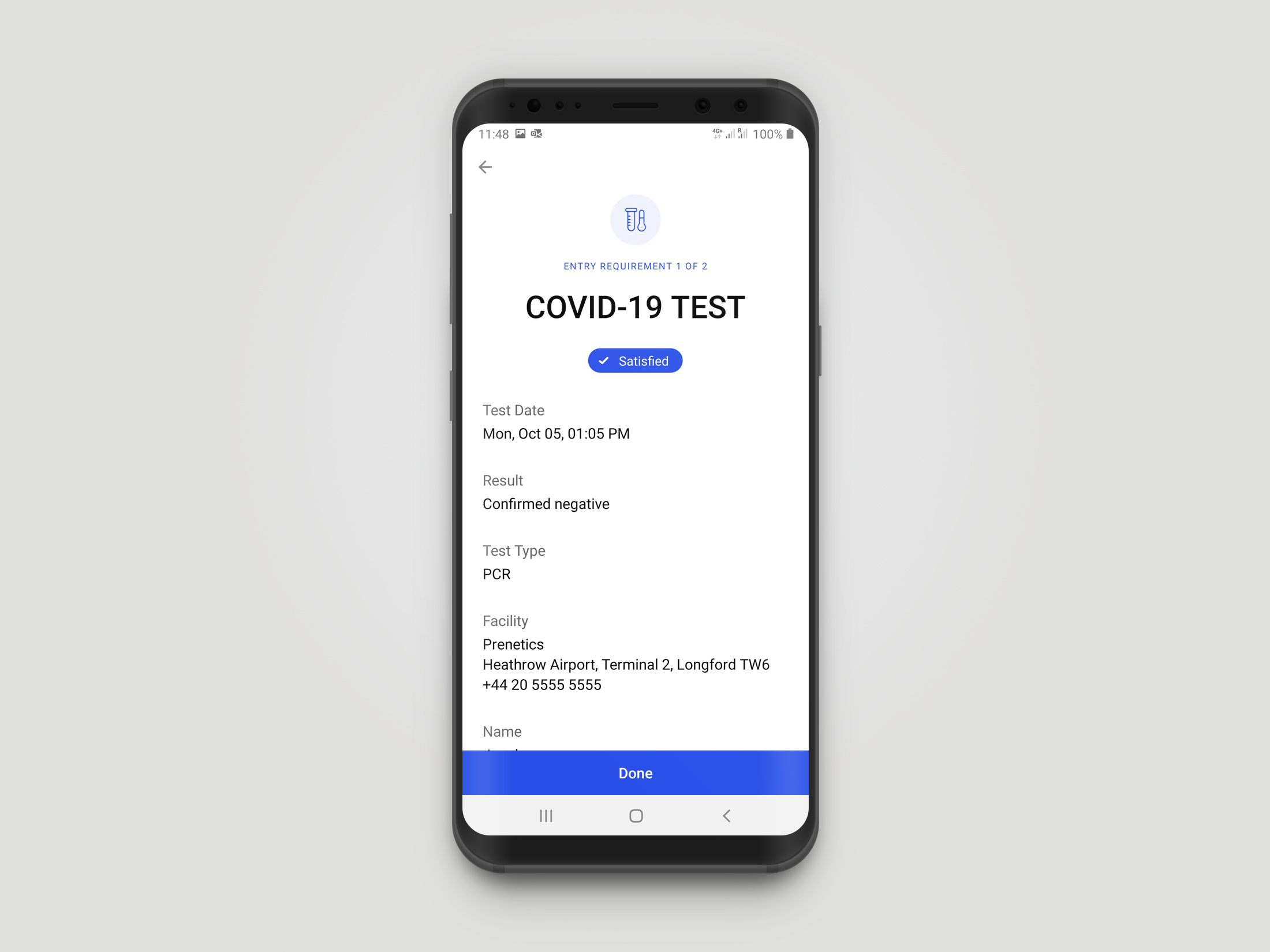 “From a user perspective, [it’s a] very, very simple process,” said JD O’Hara, CEO of Internova Travel Group and one of the volunteers on the first transatlantic flight from Heathrow to use the CommonPass app. “Within 30 minutes [of taking the test], our results were uploaded.” 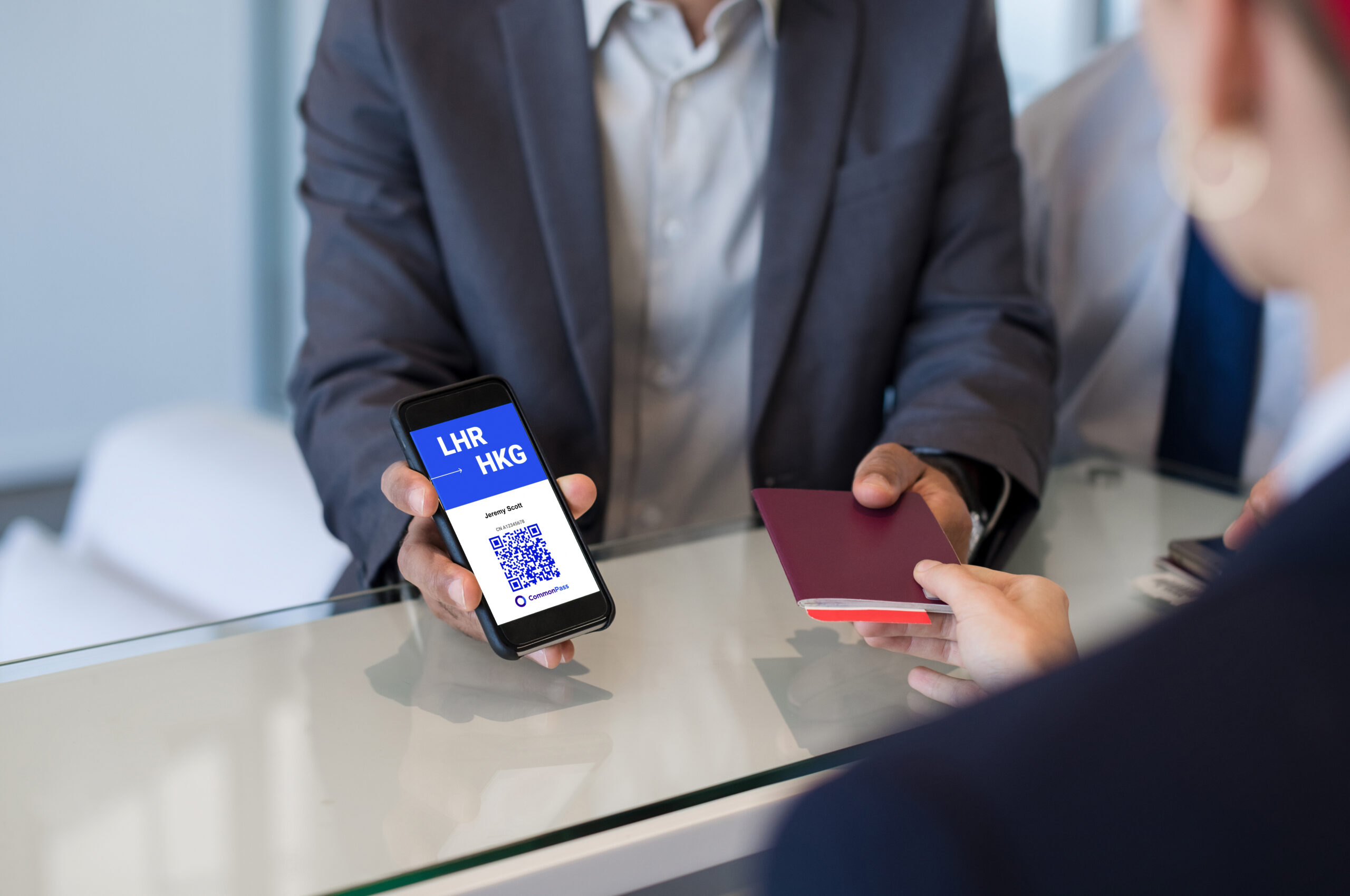 Paul Meyer, CEO of the Commons Project, the company that designed the system, said countries that have closed borders and imposed quarantines are looking for ways to “thoughtfully reopen” their borders.

“It’s hard to do that,” he told The Guardian. “It requires being able to assess the health of incoming travellers … Hopefully, we’ll soon start to see some vaccines come on to the market, but there is not going to be just one vaccine.

“Some countries are going to probably say, ‘OK, I want to see documentation you’ve gotten one of these vaccines, but not one of those vaccines’.”

Pointing to existing requirements in a number of countries, notably paper-based evidence of a yellow fever vaccination, Meyer said similar proof – held digitally – for Covid-19 could soon be required to travel for “the foreseeable future”.

He added: “This is about risk mitigation. There is no perfectly safe solution. This is about providing information that can help countries reduce the risk of it spreading.”

According to the WEF, the “patchwork of policies” on border entry and health screening was contributing to the collapse in public confidence in air travel.

Last month, Heathrow reported that only 1.2 million passengers travelled through the UK’s busiest airport last month, which was down by 82 per cent compared with a year earlier.

When the current travel ban in place across the UK lifts, ministers intend to test arrivals, with detailed proposals to be released soon. 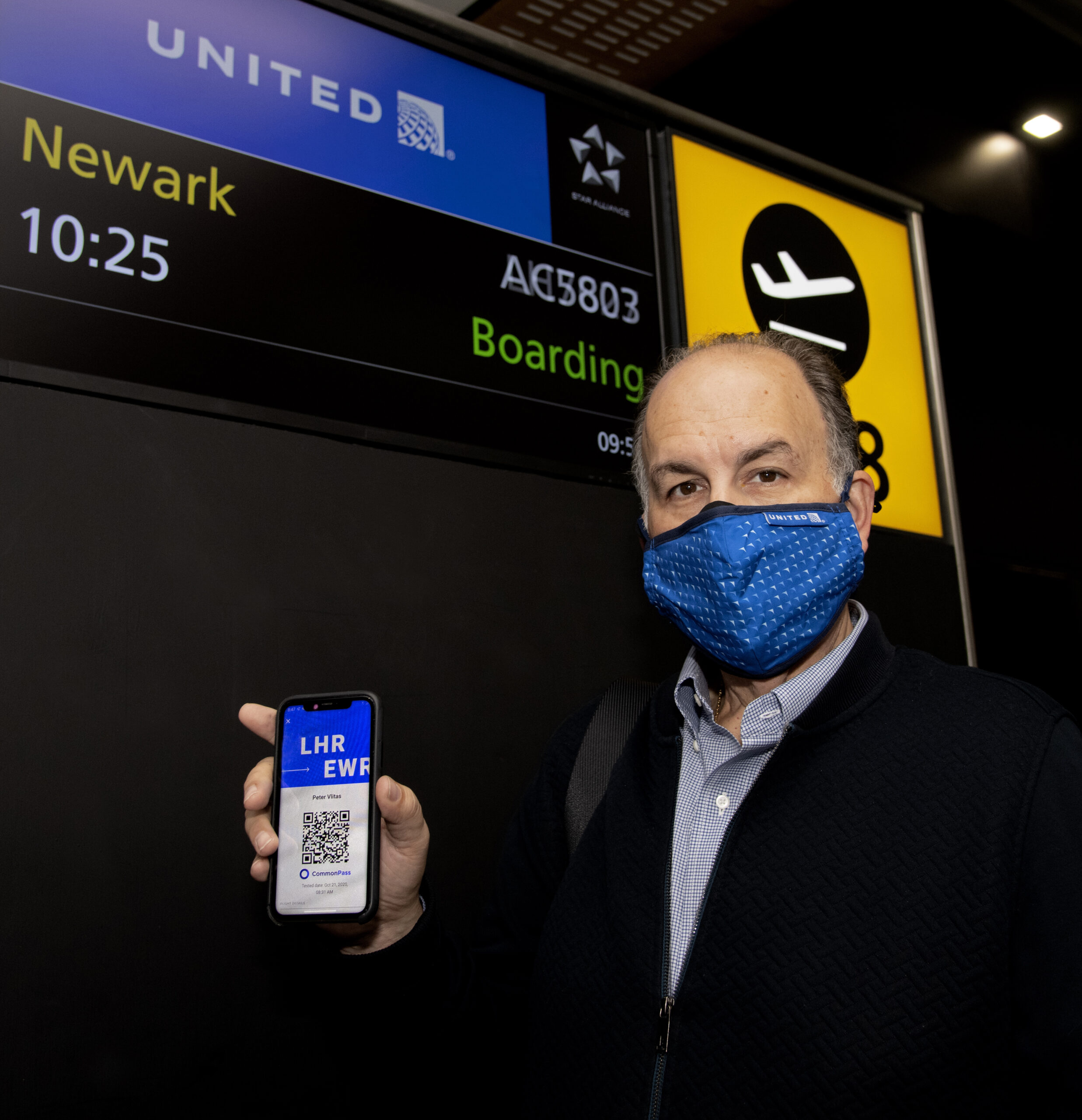 Positive reports from the CommonPass trial send an upbeat message to the travel industry, offering hope that the existing two-week quarantine period might be replaced by pre-flight testing.

Mark Burgess, process improvement director at Heathrow, told The Times: “For some time now Heathrow has been calling for the creation of a common international standard and cross-border pilots as these could help governments across the world and the industry to unlock the benefits of testing in aviation.”

Following the trials, CommonPass will be rolled out to additional airlines and routes across Asia, Africa, the Americas, Europe and the Middle East “in quick succession”, says Collinson.

Sabin Nsanzimana, the director general of Rwanda’s BiomedicalCentre, says: “The government of Rwanda is working with the Commons Project to implement CommonPass as a tool to protect our population’s health as we reopen our borders. We can make more informed border entry decisions with the ability to trust health information from other countries.”

Julián Guerrero Orozco, Colombia’s vice minister of tourism, says: “Trust through clarity and consistency will be key to restoring confidence to travel. Instead of having different approaches nationally, we need a standard method like the CommonPass Framework.”