Ruby Hotels – which owns the Locke extended-stay brand – opened in Amsterdam in October 2022 with its first renovation project, Ruby Emma. The property is also the first hotel to incorporate the group’s Workspaces co-working product. Ruby Luuk Workspaces has launched within the property offering 138 workstations for hotel guests and non-guests alike. 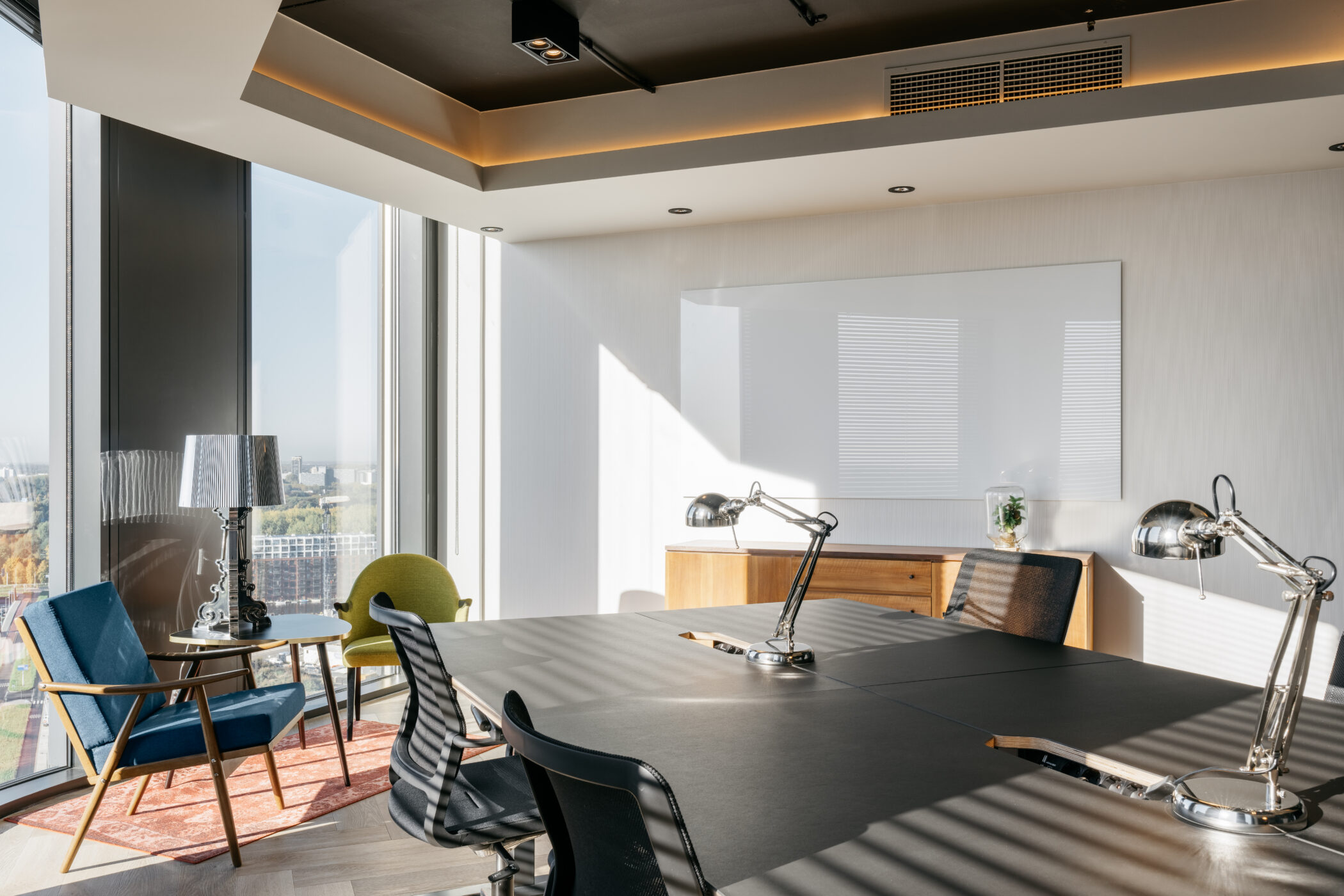 Situated in the Dutch capital’s central Amstelkwartier district, Ruby Emma is within easy reach of the bars and restaurants of the De Pijp district. Amsterdam Centraal station is ten minutes away via S-Bahn train, while Amsterdam Schiphol airport is a 15-minute drive away, or 25 minutes by public transport.

Ruby Emma’s building was the first in Europe to be LEED Platinum certified in 2018. Its facade features a shading system that automatically darkens the guest rooms rooms, and solar sails that retract and extend automatically. The building also generates geothermal energy to power its heating and cooling systems. 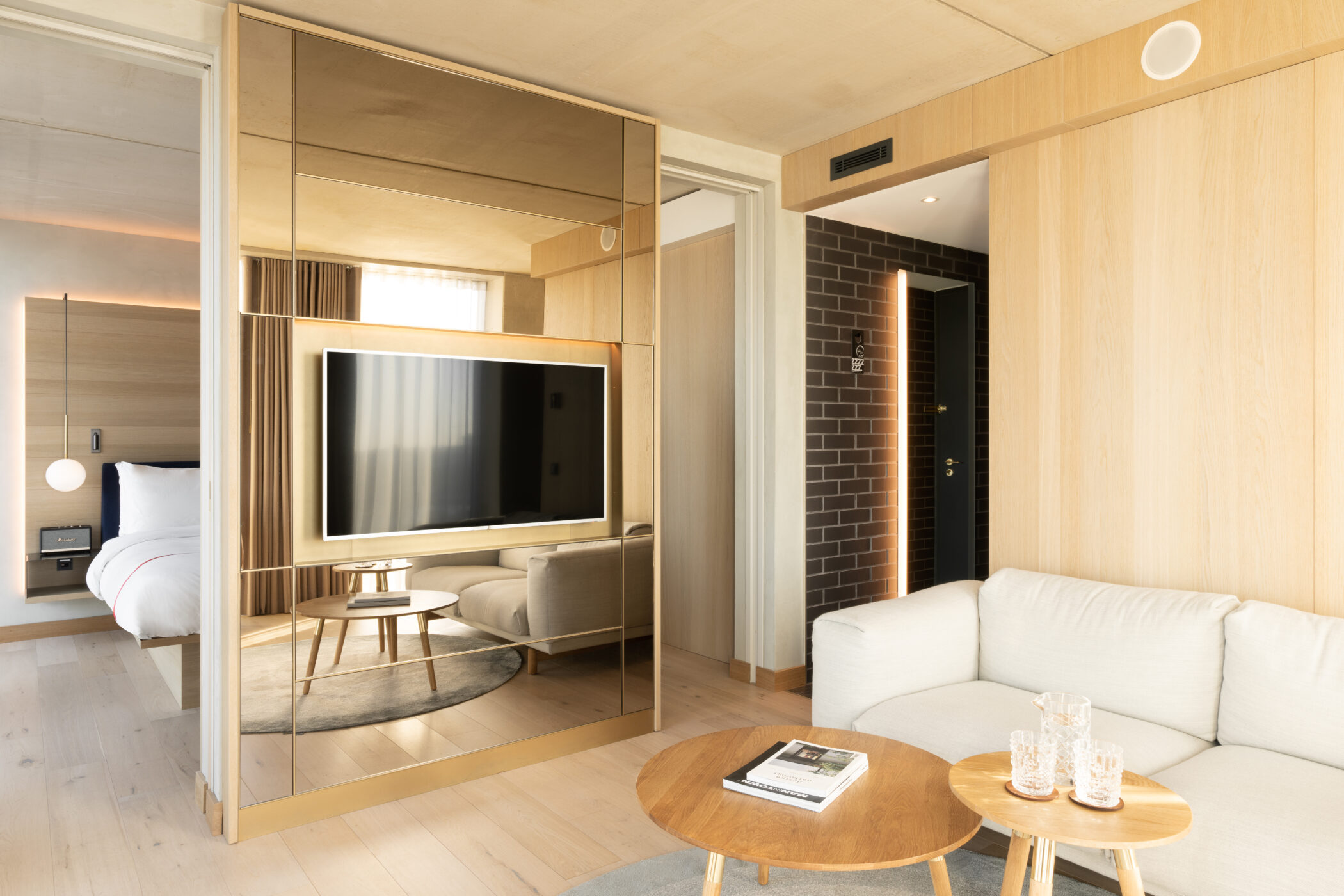 Ruby Hotels has re-designed the building’s interiors to tell the story of Amsterdam’s pioneering role in energy production – dating back to when ships first sailed along the Amstel river in the 13th century.

A collection of sails extends over the three-floor entrance area of Ruby Emma. The use of vintage furniture, idiosyncratic objects and high quality sustainable materials throughout are signature touchpoint for Ruby. 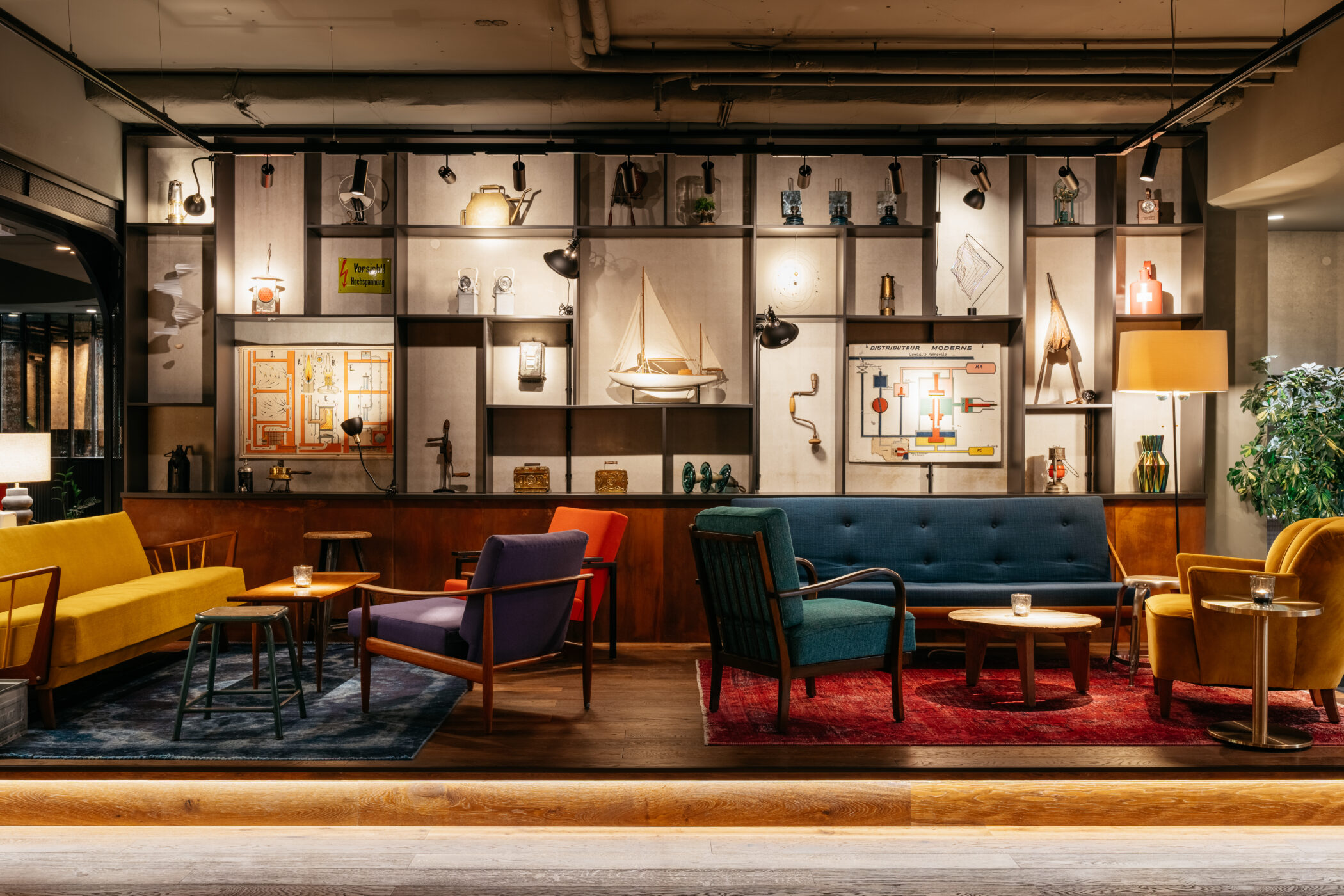 Ruby Emma’s guest rooms range in size from its 22 sqm Cosy rooms to its 47 sqm Resident rooms with a separate living area and bedrooms (designed for a longer stay).

The rooms feature the “Lean Luxury” touches Ruby Hotels is known for, such as the group’s Ruby Care aromatherapy products, luxury towels and Marshall amps for connecting to personal devices and playlists. Average room rates are £129-£164 per night.

Meanwhile, Ruby Luuk Workspaces features 291 guest rooms spread across 18 floors. While it is the fifth Workspaces co-working space from the Ruby Group, it is the first to be integrated within another Ruby hotel. 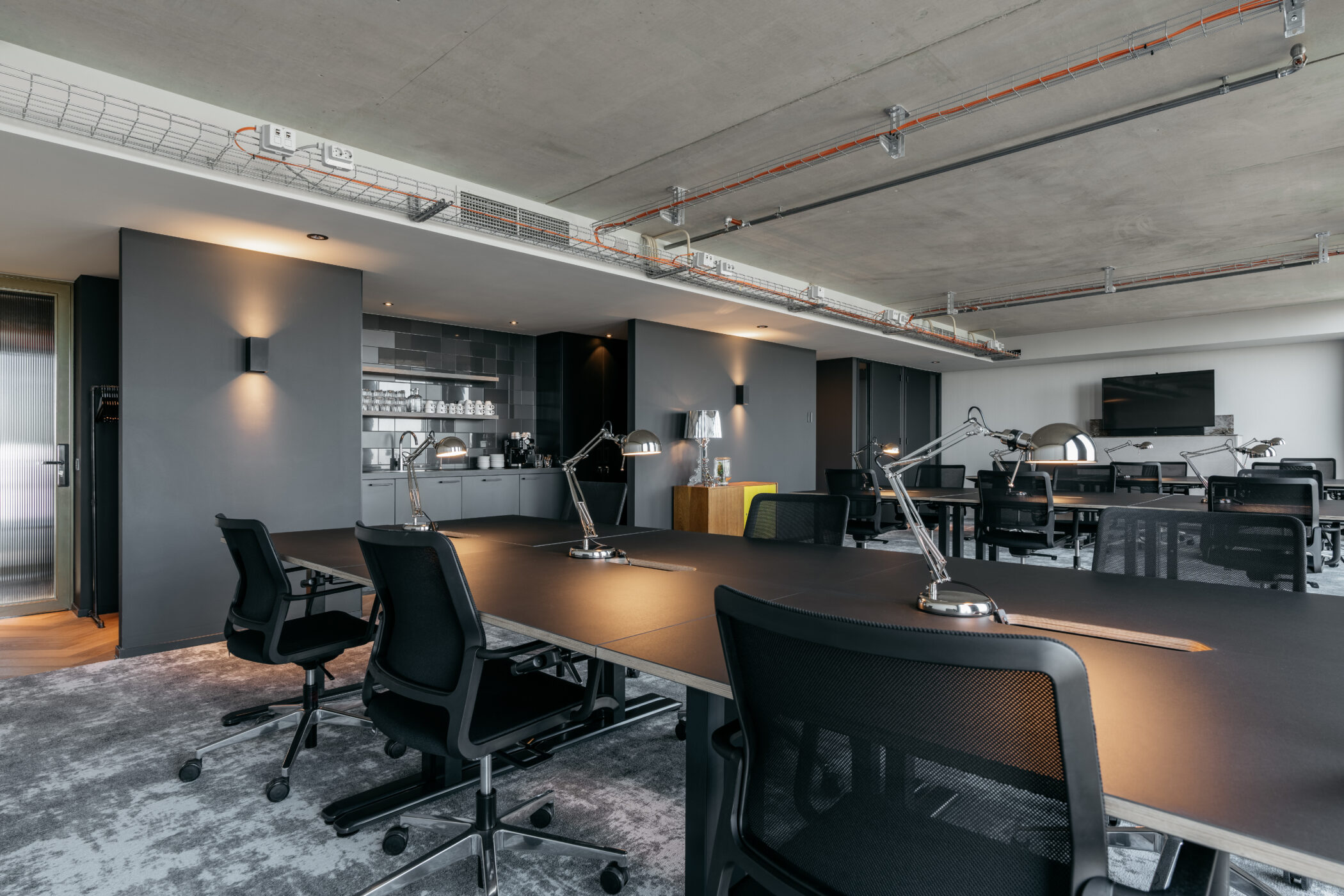 Featuring 800 sqm of workspace across three floors, Ruby Luuk Workspaces has 138 workstations. These are a combination of fixed or flexible desks, and  private offices for six to 70 people. There are also inviting public areas for members to meet and relax in.

All workstations at Ruby Luuk Workspaces can be rented with flexible terms and with short notice periods. They are equipped with high-speed wifi, ergonomic chairs, lamps, height-adjustable tables and wifi access.

Meanwhile, the meeting room are set up for hybrid team meetings, brainstorming and presentations. They can be booked by non-members and hotel guests by the hour. Private offices can be hired for a minimum of 12 months. 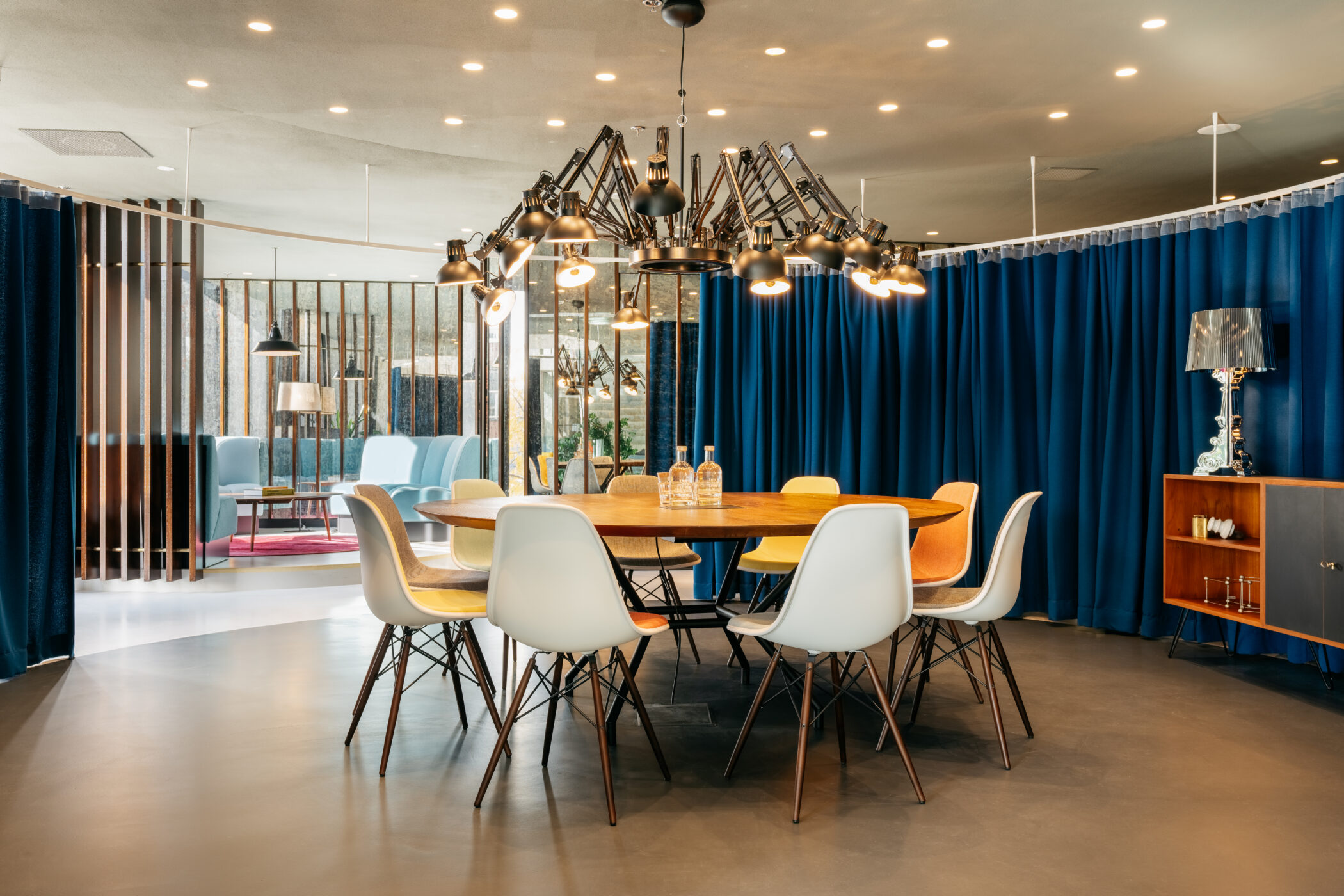 Membership for Ruby Luuk Workspaces starts from €60 per month, with day passes available from  €18. The price includes wifi coffee, tea and fresh fruit.

Fabian Zellinger, director of corporate development, new ventures and workspaces at Ruby, says: “We are proud to combine two successful Ruby products in one building for the first time. We see this further development as an opportunity to provide business travellers with a comprehensive offer to work productively during their stay.

“We are creating a community of guests, businesses and local communities that meets their need for inspiration and networking. At the same time, the space potential is ideally utilised and the achievable turnover per square metre is optimised, also to the benefit of our investors and partners.”