In a first for hotels the US, the NoMo Soho has made it possible for guests to reserve rooms using Non Fungible Tokens (NFTs).

An NFT is essentially a virtual token –  a unique unit of data stored on a digital ledger. It can be associated with photos, videos, audio and other digital files that could be replicated, but the NFT uses blockchain technology to assign proof of ownership to files like this – which is why NFTs have become more commonly associated with  transactions in the digital art realm.

As there is a value ascribed to NFTs, they can also be traded in the same way as cryptocurrency or a commodity, such as stock.

At NoMo Soho, guests will now be able to use a code book three- to six-night stays paid via NFTs.  These stays will fall within a range of designated dates, and the length of stay will depend on the value of the NFT used to pay. When booking via NFT, guests of NoMo Soho will also receive special perks including a late check-out, free breakfast and a welcome amenity.

Previously, hotel brands have experimented with the digital art aspect that’s commonly associated with NFTs – such as Marriott Bonvoy, which collaborated with artists to create three NFTs that were launched at Art Basel Miami Beach festival in 2021.

Speaking to Robb Report, Sharon Raz, CEO of Sapir Corp, which owns the NoMo brand, says: “The market has started to filter between the offers which are maybe very virtual and those that are actually providing them with something. 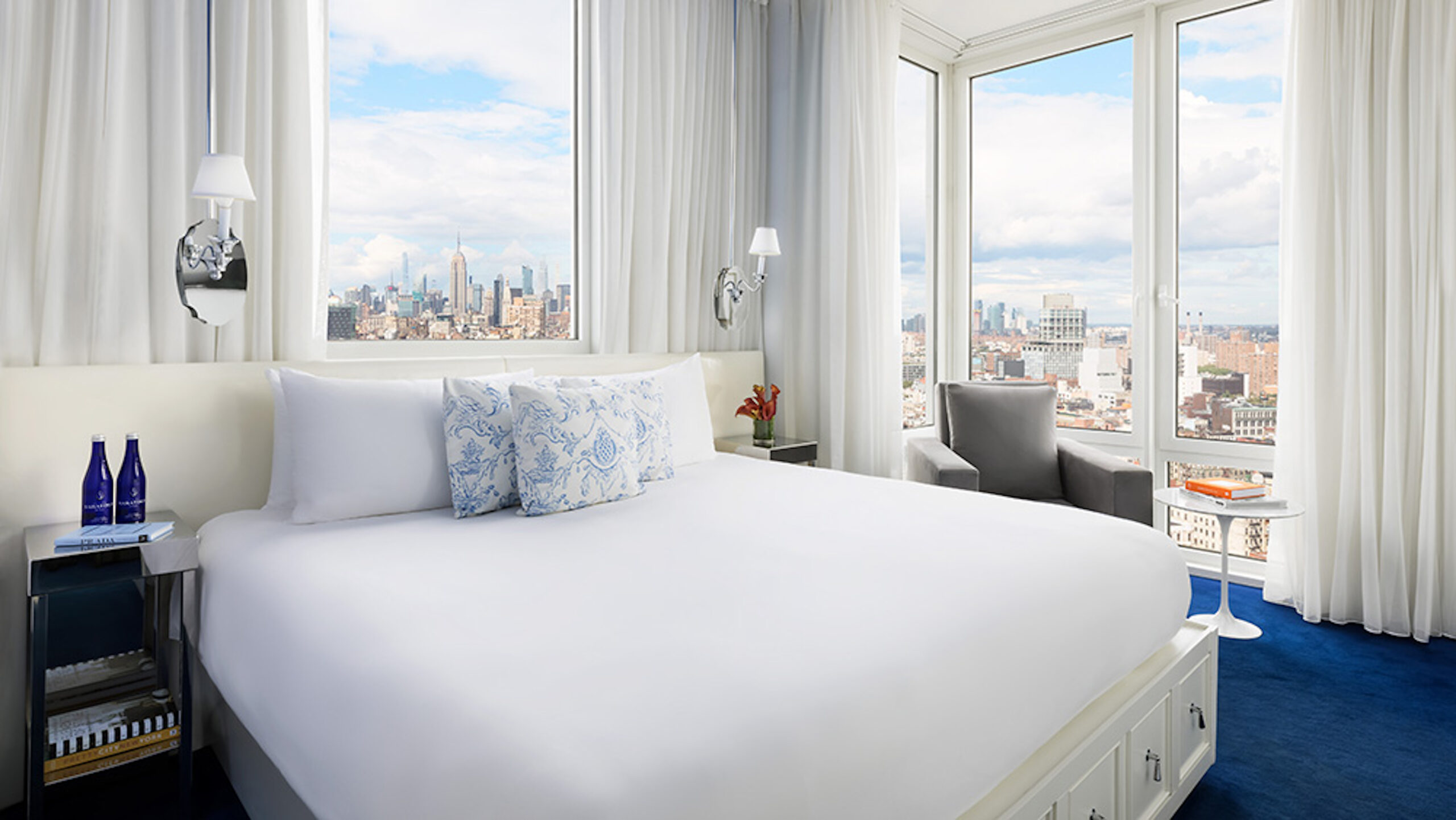 “I think the crypto people, the crypto community, will now look at NoMo differently, or as a better option, when considering options in New York. We’re creating something that has not yet been seen in the hospitality industry, which I think should be huge once people realise the benefits.”

As well as targeting an exclusive digital elite crowd, NoMo Soho’s launch of NFT bookings also helps the hotel boost its advance reservations. Likewise, the arrangement lets NFT customers lock in competitive room rates in advance, whilst receiving benefits reserved for a select few – in a similar set-up to a membership club.

Set across 26 floors, NoMo Soho is one of the tallest hotels in New York city. Its 270 rooms feature ten-foot-high floor-to-ceiling windows offering views of the Manhattan skyline, as well as luxury bedding, large screen HD televisions, and Google Chromecast for streaming.

The hotel also has an on-site cocktail lounge and club that celebrates the cultural evolution of Soho, a restaurant serving rustic American fare, and an outdoor terrace with greenery.