A new hotel brand from legendary hotelier Ian Schrager has arrived in New York this month with the opening of Public on Chrystie Street in the Bowery, on the Lower East Side.

The fact that Schrager has created a new lifestyle concept is shaking up the industry because he is a man that has always succeeded in anticipating what people want in hospitality. In the 1970s, for example, he founded New York’s famous Studio 54 nightclub, and then went on to create the “boutique hotel”, with the launch of Morgans Hotel Group and then Edition, which is now part of Marriott International.

Commenting on the inception of Morgans back in 1982, he says: “I wanted to create a hotel for my generation, not my parents’, and one that reflected my tastes and sensibilities as well as popular culture at the time. I was responding to cultural shifts that were emerging. I see the exact same opportunity now.”

He adds: “I am always looking for a new and better way of doing things… to upset the status quo and shake things up.”

Designed in conjunction with Herzog and de Meuron, Public will not follow ubiquitous interior design fads such as “retro”, “Scandi” or “industrial’; instead, the new hotel will exhibit “cosy, radical chic” and “simplicity as the ultimate sophistication”. 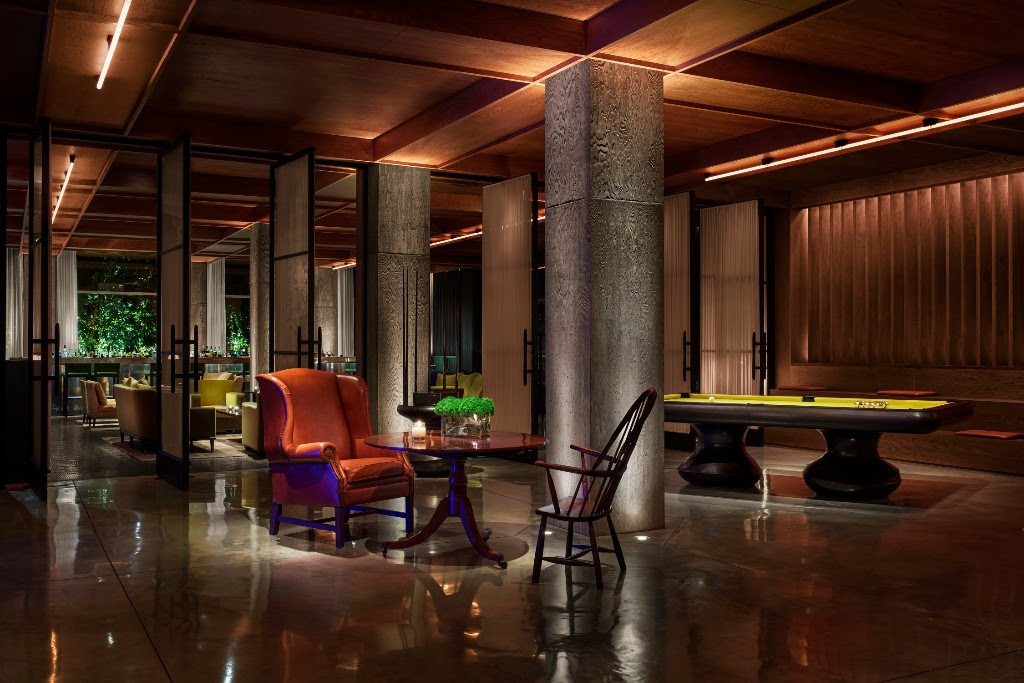 It also adopts a new kind of democratic luxury. Schrager says: “I truly believe that everyone deserves a one-of-a-kind experience that lifts their spirits and makes their heart beat faster, one that elicits an emotional response… and to deliver this at a reasonable price point is even more on the mark for today’s savvy and sophisticated traveller.”

For Schrager, luxury is for all, and at Public, it rests on four pillars – service, style, unique experiences and value.

A statement reads: “Luxury is no longer about things or how much something costs. It is not a business classification, a price point or based on scarcity. Luxury is now about experiences and how something makes you feel. Luxury is now for everyone.”

Schrager adds: “Public is the people’s hotels. It’s about inclusivity, not exclusivity. And all of the different elements that we are bringing together in one place: great service, great style, great fun, at a great price, in totality create tremendous value.” How much is a room? An entry-level Queen room in July cost about US$250.

The first Public hotel in New York has 367 bedrooms with super-fast, free wifi, USB charging sockets and Apple TVs that allow you to watch what you want, when you want. Guests will be able to use a dedicated smartphone app to check-in, order room service and as a digital key to open their room door. They will even be able to ask questions to a virtual concierge, powered by a chat bot. (Read more about how travel companies are using chat bots.)

Bedrooms (starting from a compact 19 sqm) are simple and functional yet stylish, modern and attractive. Schrager compares them with cabins on luxury yachts. Globetrender notices they are similar in design to those found at the Edition in London, with light wood and faux fur throws on the end of pristine white beds. 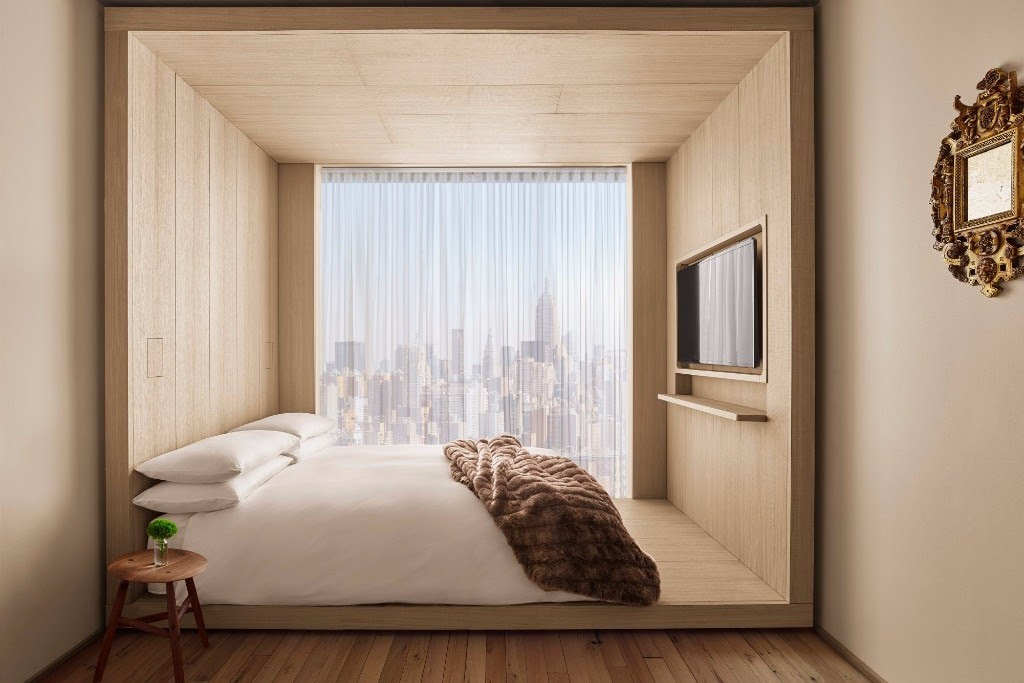 Schrager says: “We didn’t just put an iPad in every room under the guise of being a ‘tech hotel’ like so many other brands are doing. Every interaction with technology was considered for ease, efficiency and effectiveness.”

He adds: “I recognised that there are things people just don’t need or want anymore at a hotel… services and amenities that are pointless and no longer matter. We live in a modern world. The services should reflect our modern way of living. People want a really comfortable bed, but they could care less about sheet thread count. They want great coffee, but delivered fast and hot, not in fine bone china.”

Personalisation is another aspect to the guest experience that Public is emphasising. Service is not “one size fits all”. The hotel will have “Public Advisors” who will essentially be the “hosts at the party who bring the brand to life”.

A statement reads: “They will direct, lead, solve problems, console and know every square inch of the hotel and beyond. There isn’t anything they would not do to make a guest’s experience the best it can be. The job has no boundaries or limits. At Public guests get more than what is expected, delivered in a new way with no sacrifices. This goes way beyond what has traditionally been customary, resulting in a more comfortable stay and an elevated experience.” 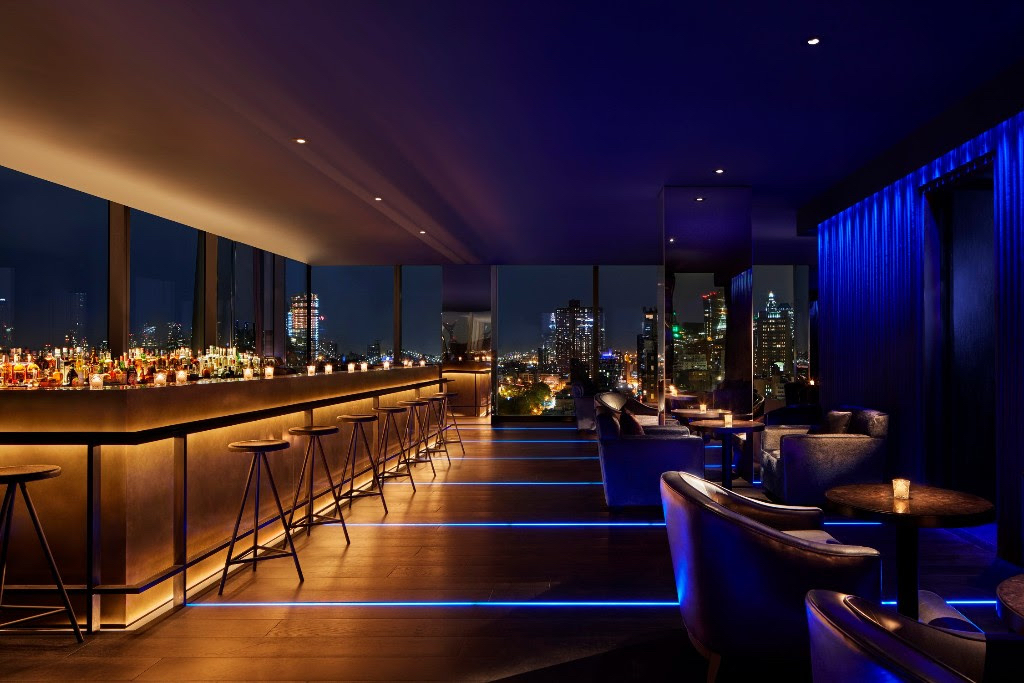 Schrager says: “There is no pretence with Public. It’s invisible design done with honesty, conviction, love and passion… Effortless, timeless, purist design, providing a relaxed vibe and familiar atmosphere that feels like home, but better.” 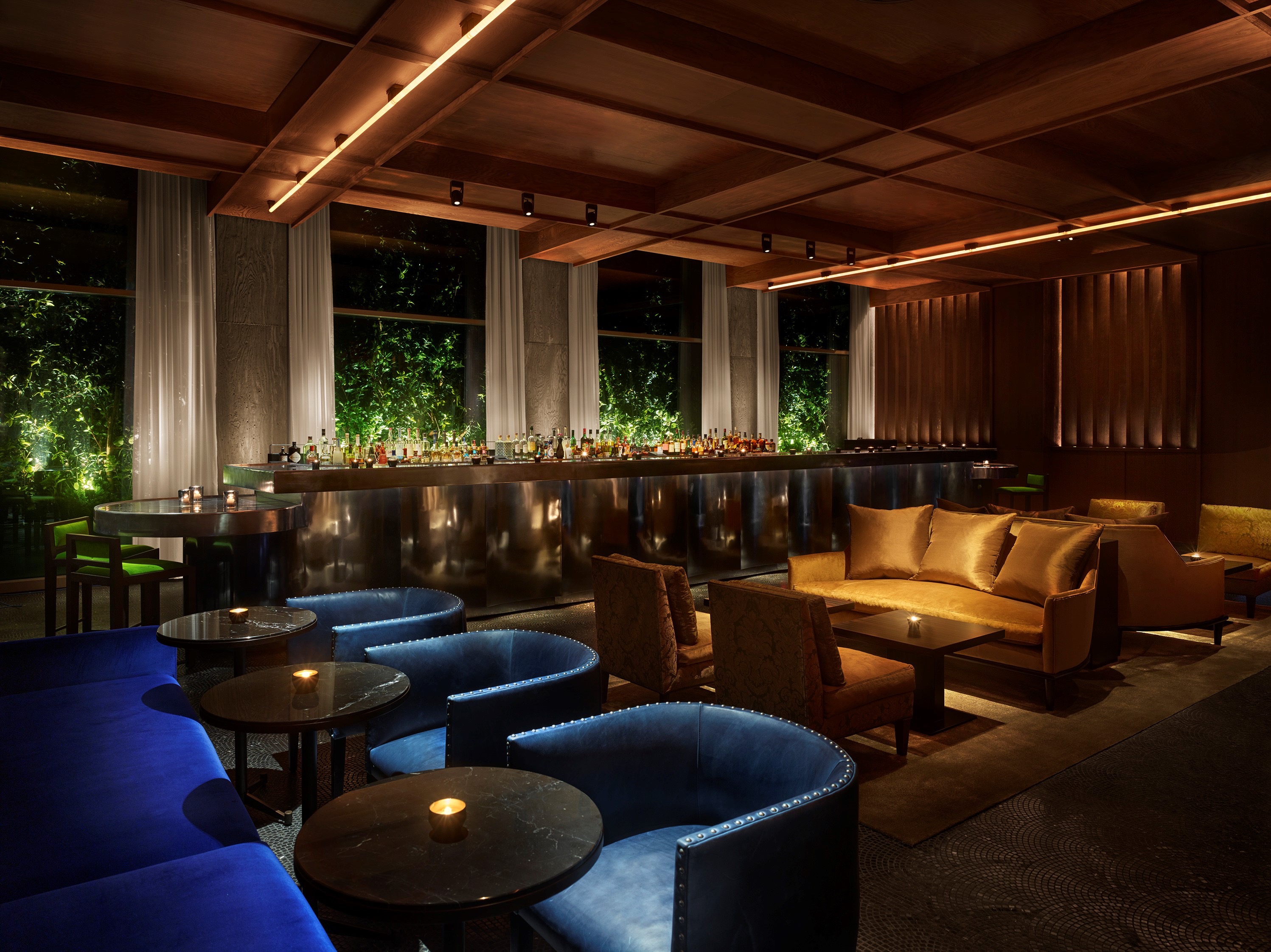 The three bars, Diego, the Roof and the Lobby Bar, together offer landscaped gardens, communal workspaces, private event rooms and 360-degree views of the city.

Public Arts, meanwhile, has been described as “a progressive, avant-garde multimedia performance space that will be home to film screenings, theatrical and dance productions, intimate musical performances, art exhibitions, lectures, talks, readings, product launches, comedy and amateur nights and dancing.” (Read more about how hotels are tapping into the “knowledge economy“.)