The Hoxton opens its ‘most ambitious’ hotel in Barcelona

The Hoxton hotel group has launched a design-led hotel in Barcelona, inspired by the distinctive style of seminal Spanish architect, Ricardo Bofill.

Named after it neighbourhood in the east of the city, The Hoxton Poblenou, is the hotel group’s first Spanish location. Ennismore – which owns The Hoxton brand – sought to pay tribute to the work of Bofill, whose studio is situated nearby.

Known for his bold, colourful geometric forms, the architect passed away in early 2022. His incredible legacy includes his design for the W Hotel Barcelona, Barcelona’s Nou Camp Nou stadium and Les Espaces Dabraxas on the outskirts of Paris, which was used for filming during The Hunger Games. 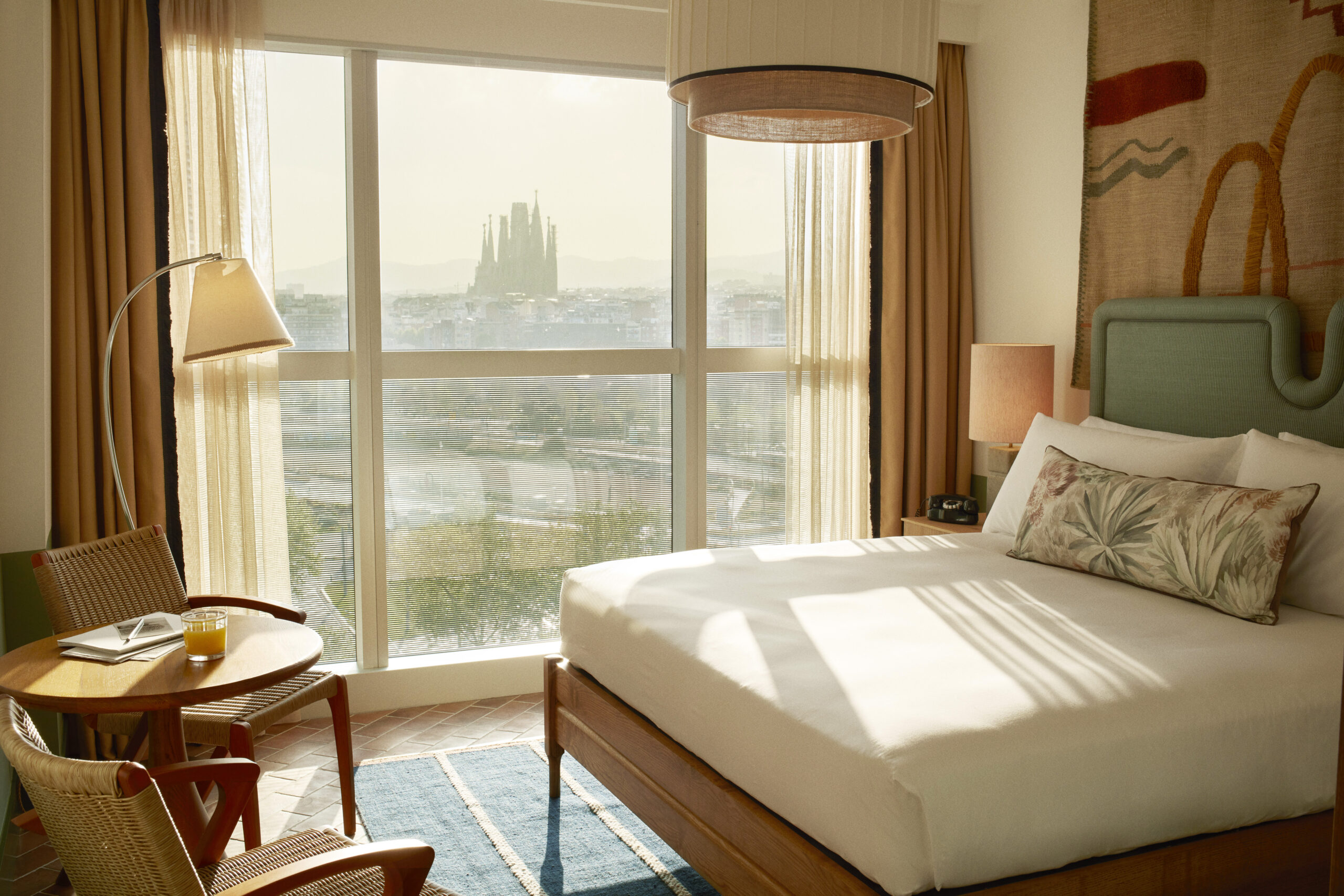 The hotel’s rooftop Tope restaurant offers 360-degree views of Barcelona, and is an excellent spot for admiring Sagrada Familia up close. Promising a fun, informal atmosphere, the Mexican taqueria serves up a changing seasonal menu of tacos, fresh Mexican-inspired dishes, frozen margaritas, and giant slushies, with a wine selection from local Spanish vineyards. 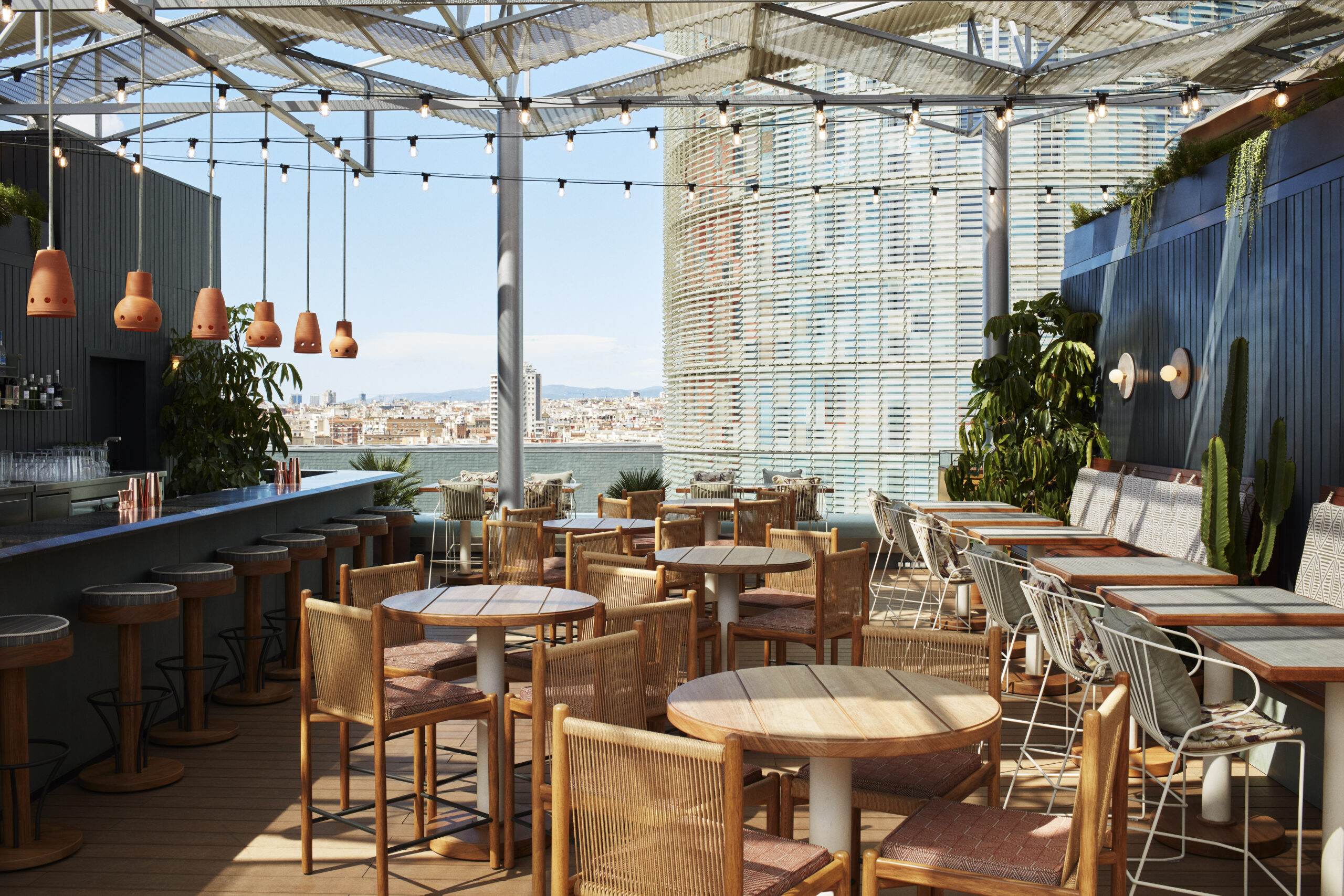 The latter is surrounded by sun loungers and cabanas, and also has a capacity for 100 people for a reception. The rooftop space will also be used to host yoga sessions for guests and locals, and community events as part of The Hoxton’s cultural programming. DJs play here on Fridays and Saturdays, and it makes a hot new choice for a sundowner. 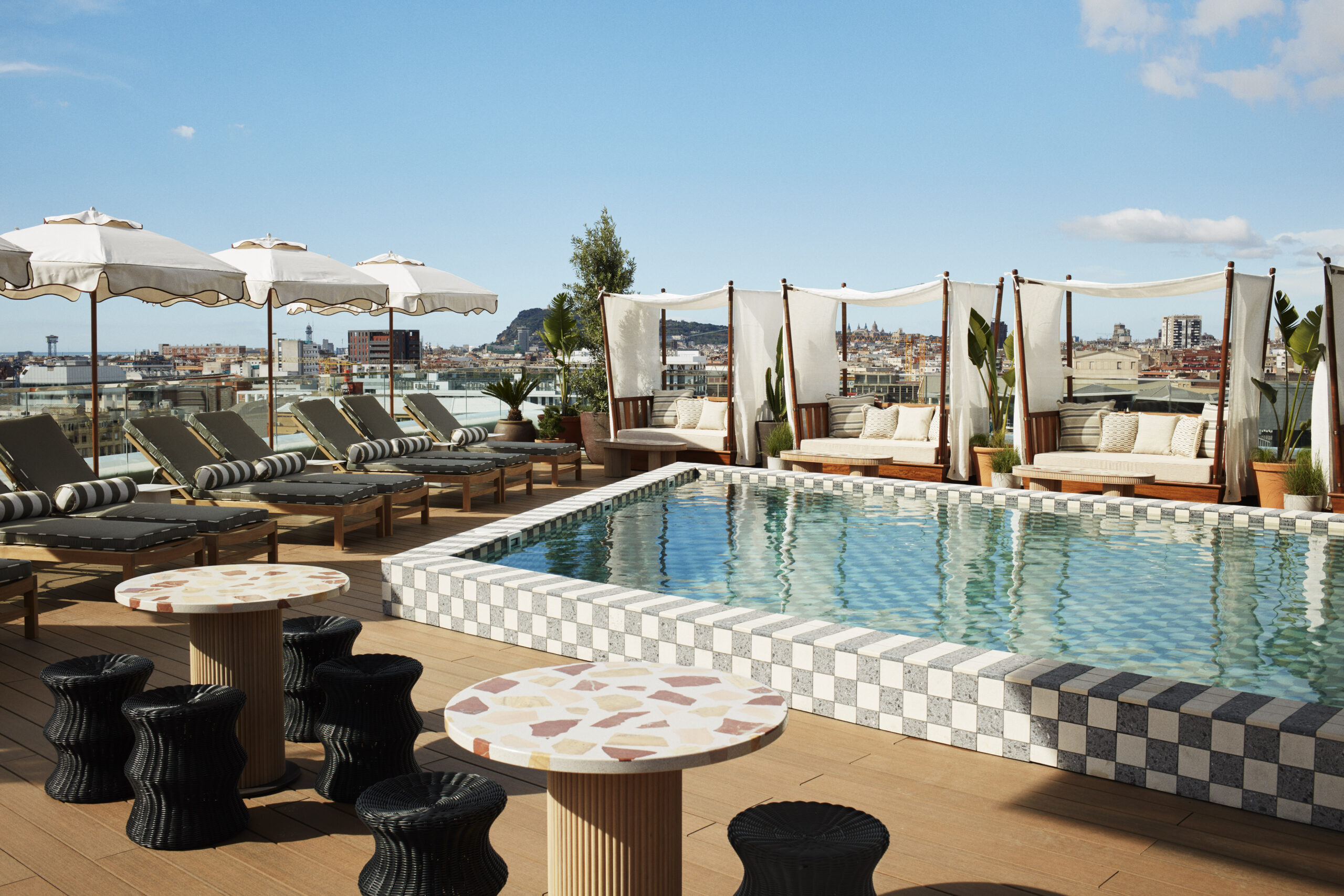 Meanwhile, on the ground floor of the property, Four Corners is a pizza restaurant-slash-bodega with a sun terrace. The venue previously ran as a pop-up eatery in London, and serves deep-dish Detroit-style pizza served in square pies or giant slices.

The all-day menu also includes small plates designed to be shared, and is accompanied by a choice of natural wines from small-scale European wineries and craft beers from local brewery, Garage Beer.

Four Corners serves breakfast until 11:30 am, with a selection of freshly baked homemade pastries from Barcelona’s much loved spot, and specialty coffee from the nearby Three Marks Coffee (Poblenou is celebrated for its craft coffee scene). 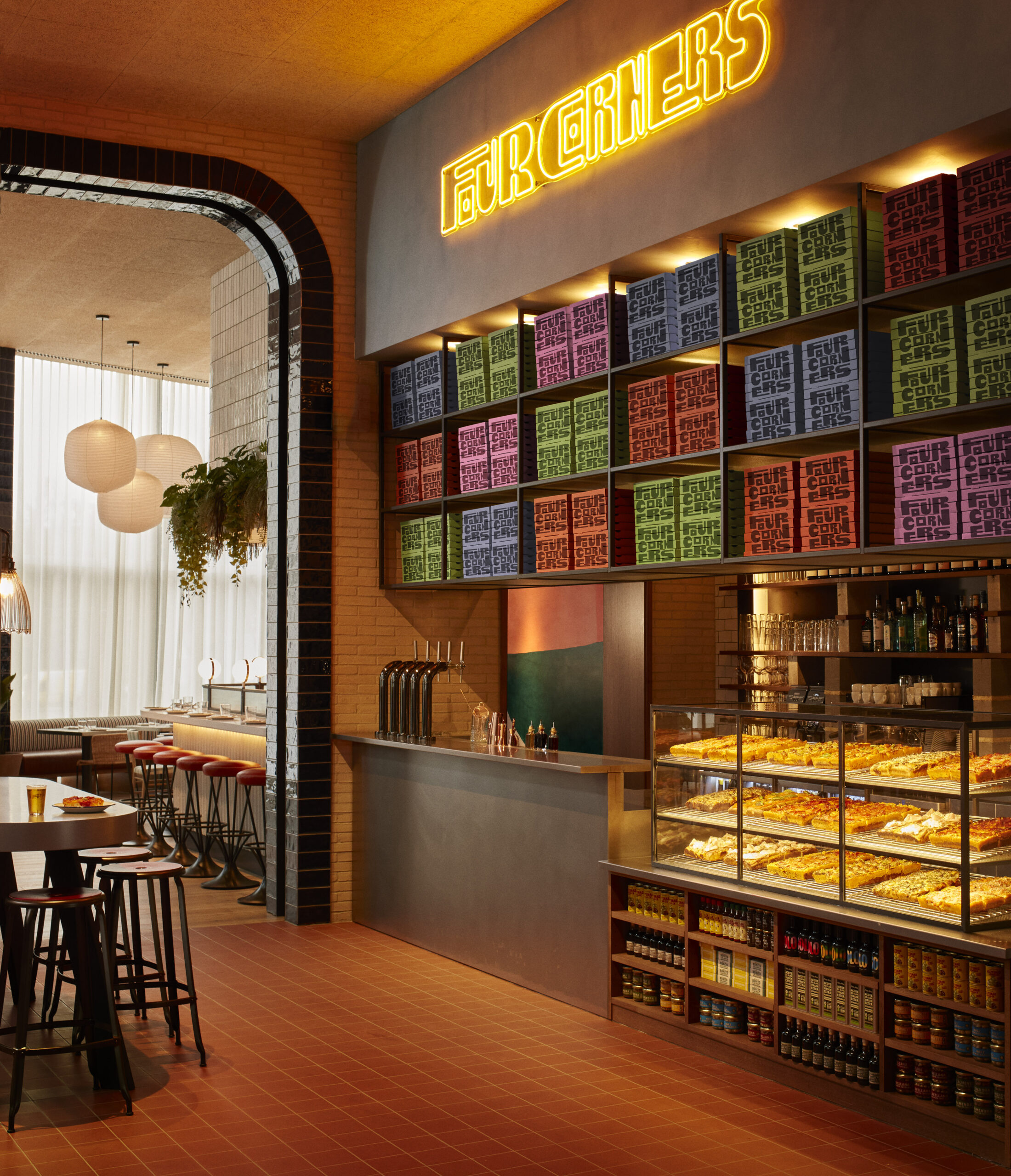 The Four Corners’ “Slice Shop” is a quick, grab-and-go option, while the bodega offers a curated selection of Barcelona’s snacks, beers and low-intervention wines. The bodega has been designed as a contemporary take on the traditional Spanish bodega –with an experiential approach at the heart of its design – with shelves stretching up to the double-height ceiling and deliberately kitsch and industrial finishes. 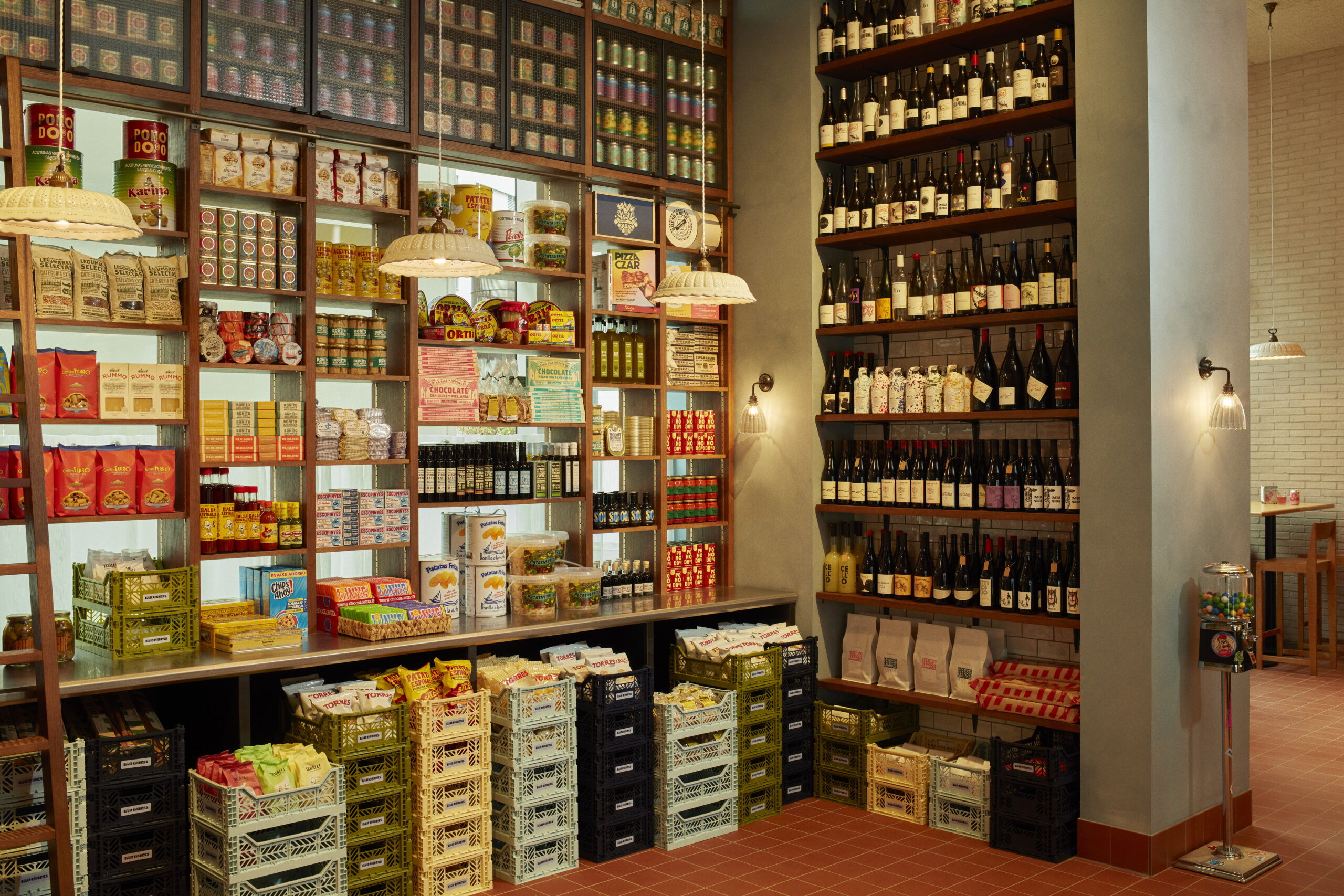 The Hoxton Poblenou has 240 rooms in total, featuring terracotta floors, faded florals and a serene colour palette, along with bespoke tapestries handmade in India hanging above each bed – a tribute to Poblenou’s heritage as a textile industrial quarter. 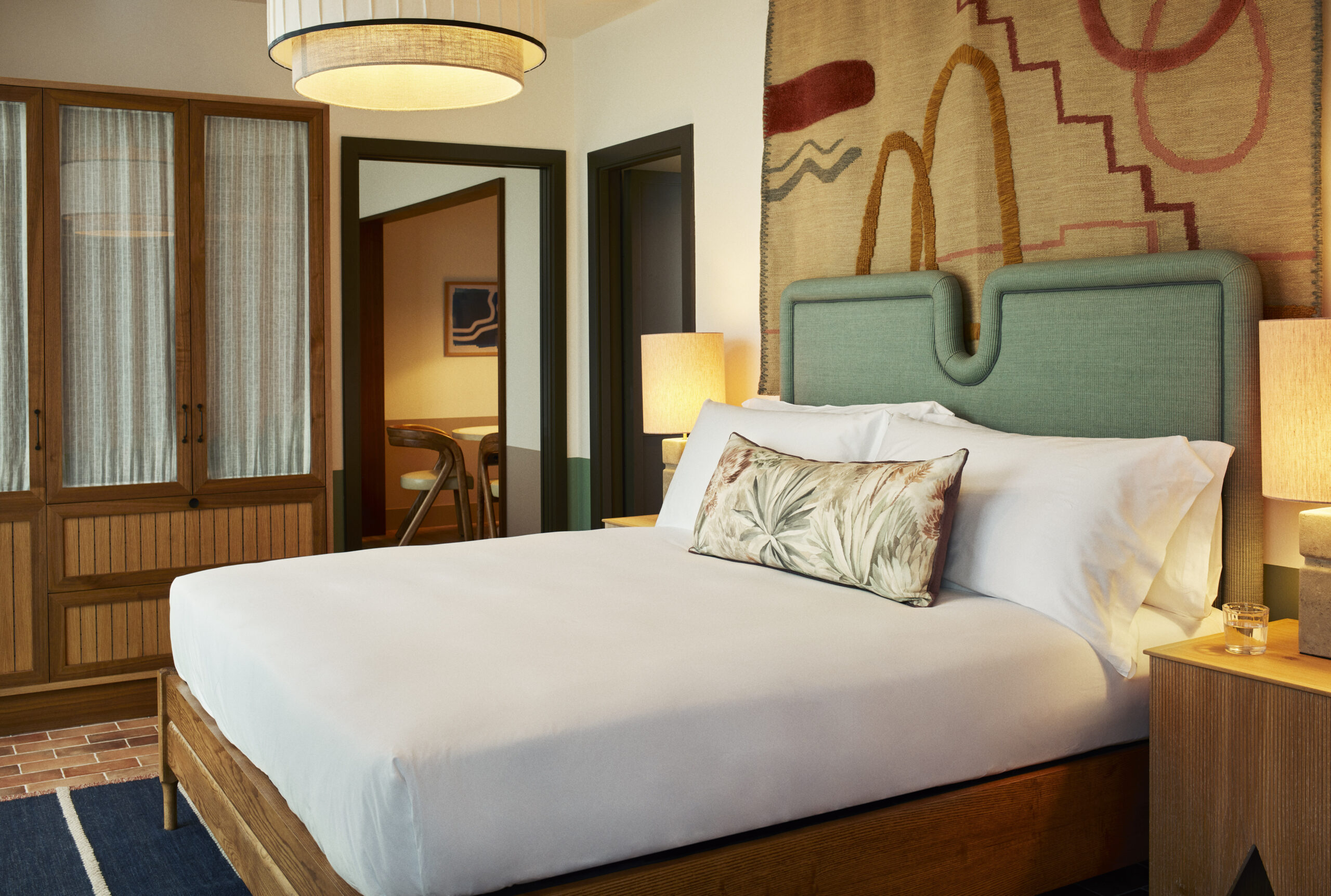 Entry-level Roomy rooms start from 22 sqm, while Homey rooms (from 46 sqm) have kitchenettes and dining tables. The hotel is dog-friendly, and guests who book direct via thehoxton.com benefit from the hotel group’s Flexy Time policy, which lets you choose your check-in and check-out times for free. Rates for a Roomy room start from €185.