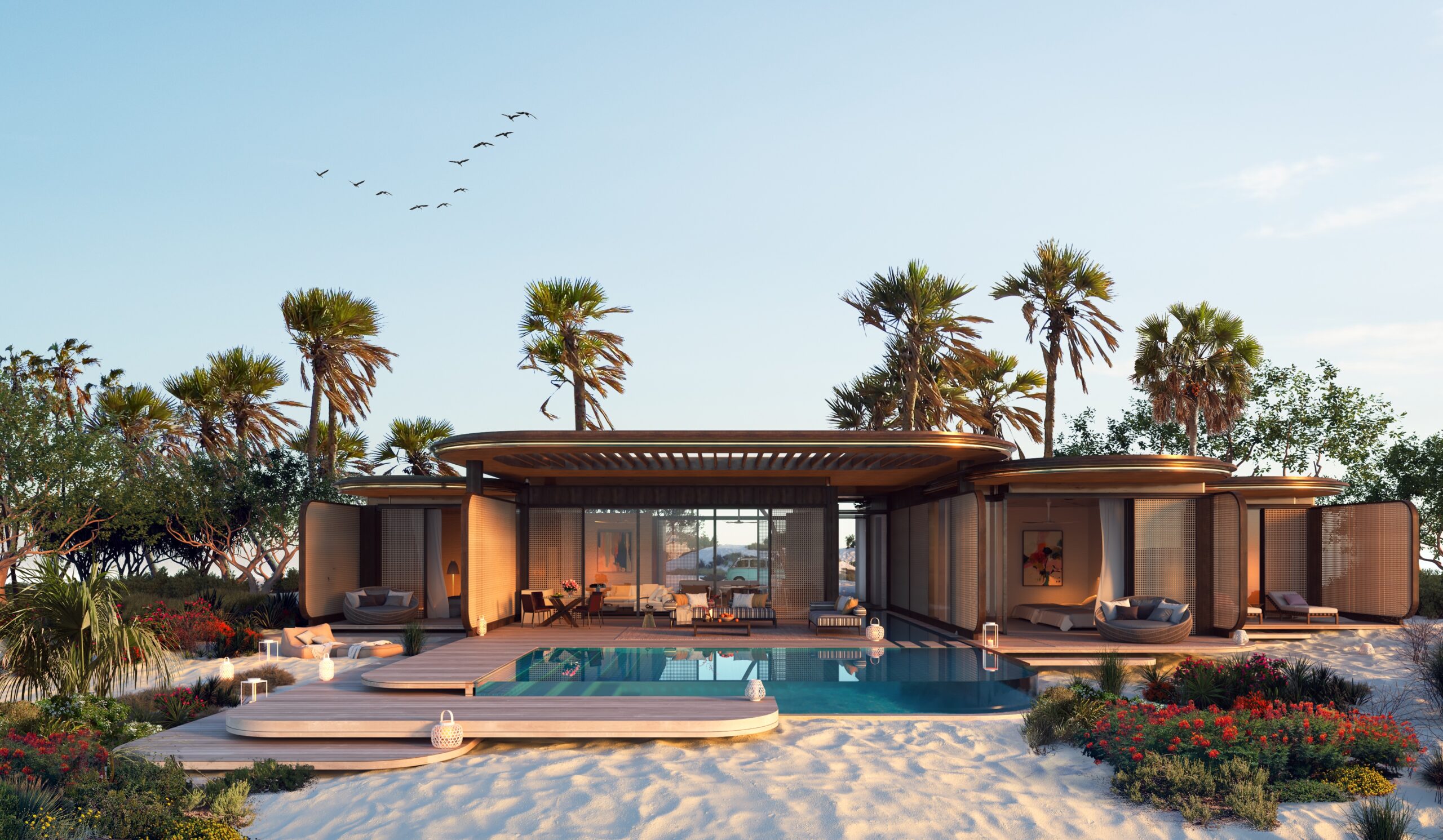 Rosewood and Ritz-Carlton to open resorts in Saudi Arabia

Saudi Arabia may not be a popular tourism destination right now but luxury hotel brands Rosewood and Ritz-Carlton are among those opening alluring properties there. Jenny Southan reports

One of numerous hotels forming the forthcoming Red Sea Project in Saudi Arabia, Rosewood Hotels & Resorts has been appointed by the Red Sea Development Company to manage the Rosewood Red Sea (pictured above).

Encompassing 22 islands and five inland sites by the time it is completed in 2030, the Red Sea development will accommodate a mix of mono-island resorts, beach resorts, centralised island-hubs, and inland resorts in the desert and mountains.

The destination is located 550km north of Jeddah but the new Red Sea International airport will provide access and airlift to the destination. It is set to welcome its first flight by the end of 2022.

Near the Rosewood will be marina and yacht club, restaurants and shops, and an 18-hole championship golf course. A statement from the hotel groups said it is “poised to be one of Saudi Arabia’s top cultural and lifestyle destinations, appealing to international visitors and local citizens through a mix of leisure elements”.

John Pagano, CEO at the Red Sea Development Company, says: “Rosewood’s philosophy to reflect the local culture and spirit of a destination in its offering will tempt visitors to explore the rich heritage and unsurpassed natural beauty of this undiscovered, unique region. Rosewood Red Sea is set to meet the increasing demand for exclusive, personalized experiences that dovetail with the natural environment, and we look forward to welcoming guests to the resort.” 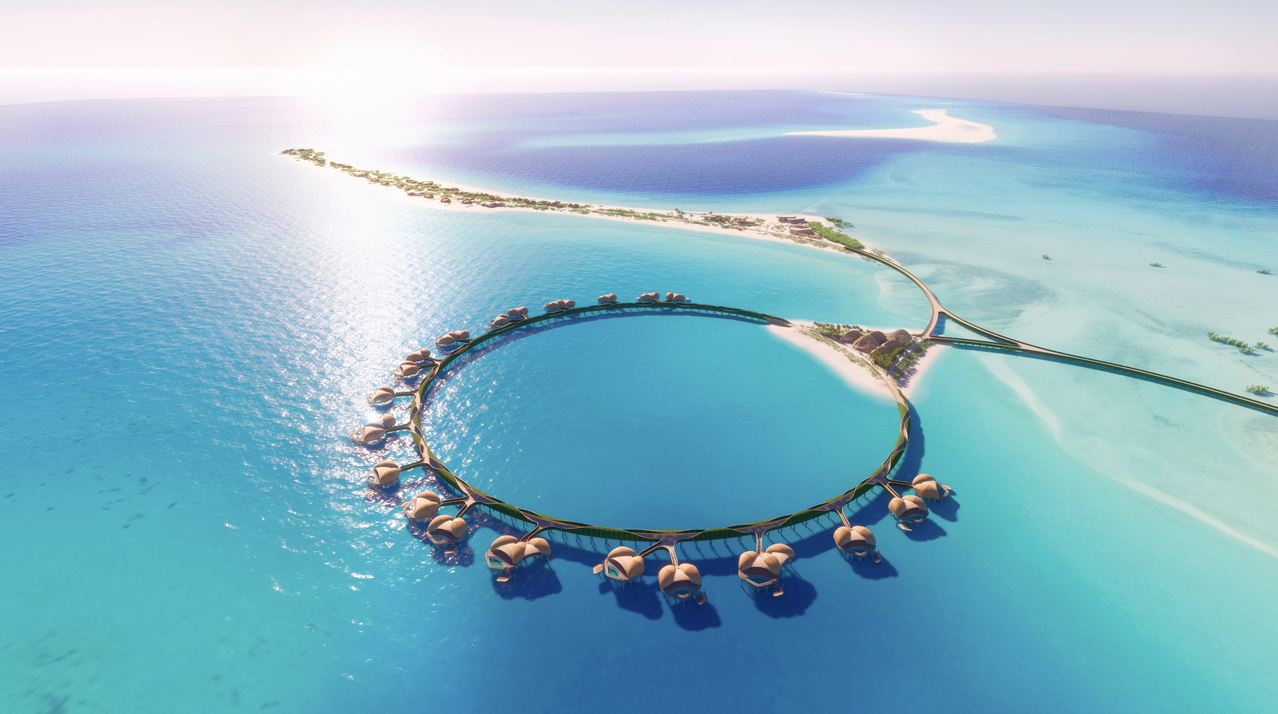 Marriott International has also announced that it will be opening a Ritz-Carlton Reserve property as part of the same Red Sea development enclave in Saudi Arabia.

Slated to debut in 2023, Nujuma, a Ritz-Carlton Reserve (pictured above), will offer a “blend intuitive and heartfelt service with stunning natural beauty and indigenous design”.

Nujuma will be situated on a pristine set of private islands, which are part of the Red Sea’s Blue Hole cluster of islands. The resort will feature 63 one- to four-bedroom over-water and beach villas. There will also be a spa, swimming pools, restaurants, a conservation centre and 18 Ritz-Carlton Reserve branded residences.

Jerome Briet, chief development officer, Europe, Middle East and Africa for Marriott International, says: “Situated on one of the most anticipated regenerative tourism projects in the world, the resort will blend seclusion and sophistication to provide a highly personalised luxury escape.” 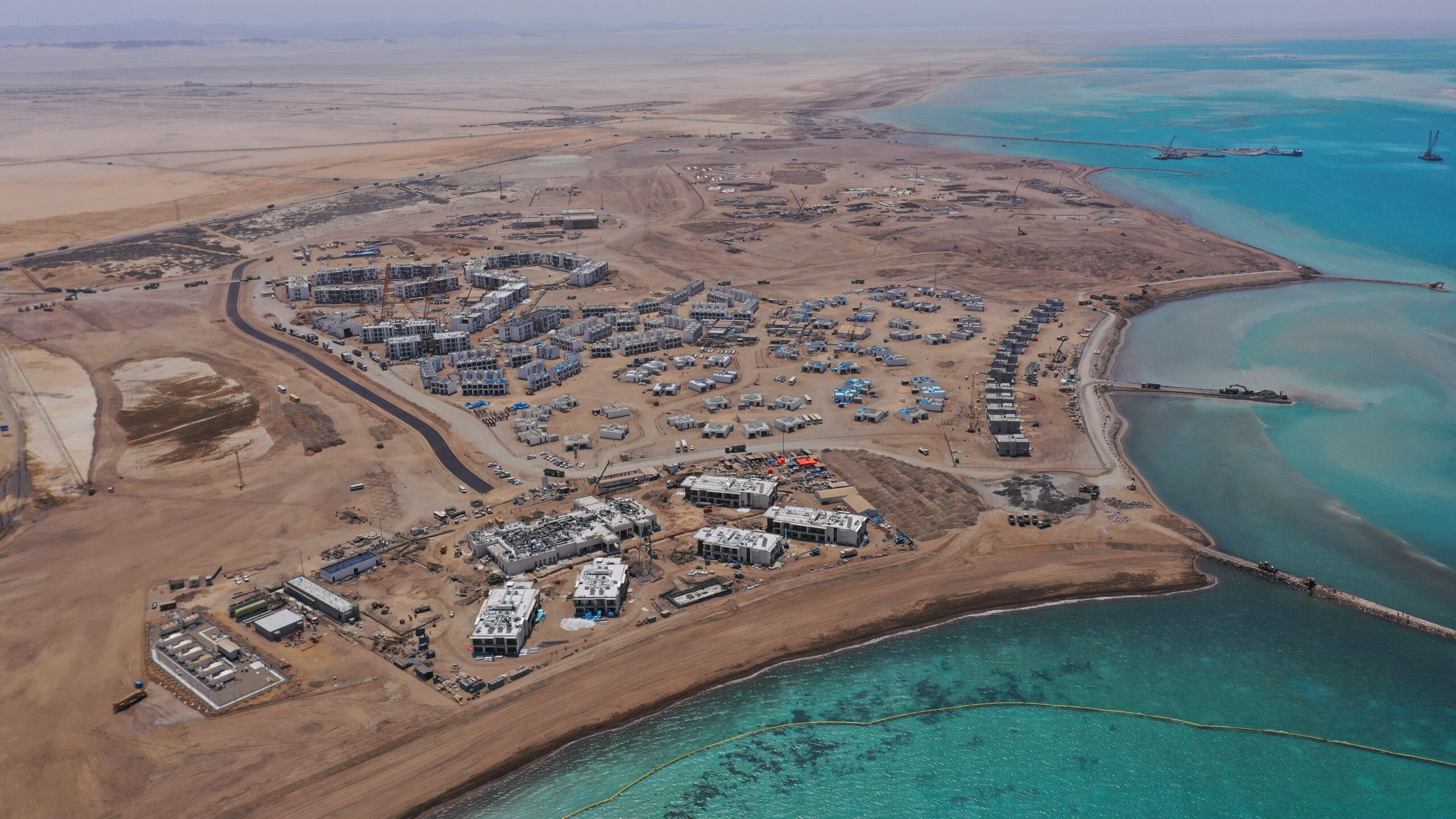 The Red Sea Project will occupy 28,000 sq km of coastline in Saudi Arabia but, apparently, less than one per cent of it will actually be developed. So far, 800 contracts have been signed – worth in excess of SAR 20 billion (US$5.33 billion) – to turn it into a tourist destination.

The project features an archipelago of more than 90 untouched natural islands, as well as dormant volcanoes, sweeping desert dunes, mountains and wadis (sand dunes), and more than 1,600 cultural heritage sites.

A 100-hectare Landscape Nursery, which will provide more than 25 million plants for The Red Sea Project and Amaala, is now fully operational.

There are more than 15,000 workers currently on-site and 80km of new roads are now complete. The Construction Village and the Waste Management Centre are both fully operational and development is progressing well at the Coastal Village, which will be home to around 14,000 people who will eventually work at the destination.

According to Skift, in addition to the investment that it has already made in the last five years, Saudi Arabia plans to invest another US$1 trillion in the tourism sector over the next ten years.