Alongside rehabilitating coral reefs and planting forests in the desert, the Red Sea Development Company is carving out a utopian tourism enclave on a Saudi Arabian archipelago that will be home to 50 luxury hotels by 2030. Jenny Southan reports

In a bid to move away from an economy primarily reliant on oil and gas, Saudi Arabia’s “Vision 2030” promotes a future that puts culture, education and industrial diversification, and anti-corruption policies at the top of its list of priorities.

Building its tourism sector will be central to these ambitions. By the end of the decade it hopes that tourism will contribute 10 per cent of its GDP annually, provide one million additional jobs, and attract 100 million visitors a year. 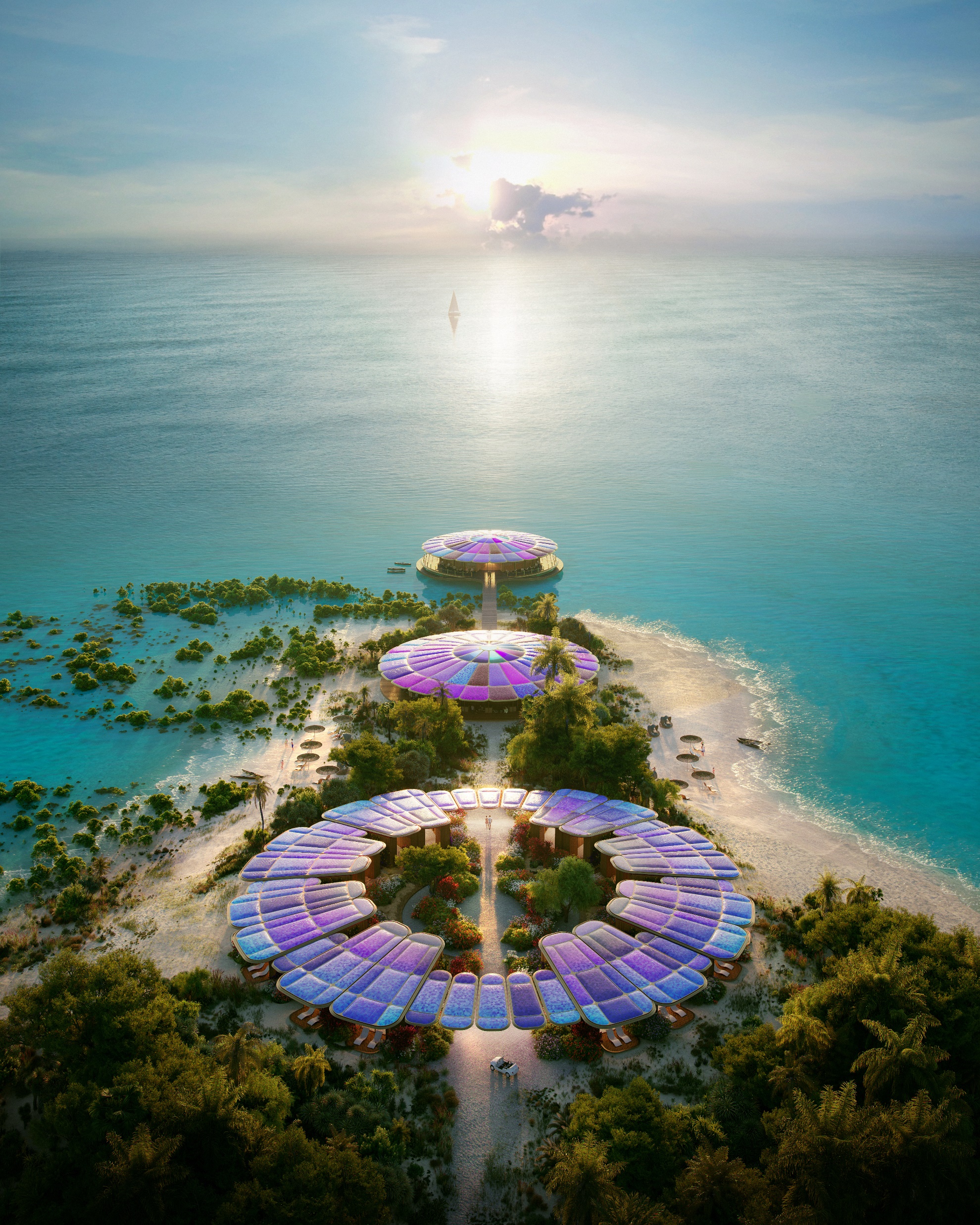 The first hotels to open will be from Six Senses and St Regis, with guests being welcomed from early 2023. These will be followed by resorts from EDITION, Fairmont, Raffles, SLS, Grand Hyatt, Intercontinental Hotels and Resorts, and Jumeirah.

The gateway to the Red Sea Project will be Shurayrah Island, where Foster + Partners is designing a hub called Coral Bloom to accommodate the debut hotels. Part of an archipelago of 90 islands, just 22 of them will be developed, meaning 75 per cent of them will be protected. The destination also features desert dunes, mountain canyons, dormant volcanoes, and ancient cultural and heritage sites. 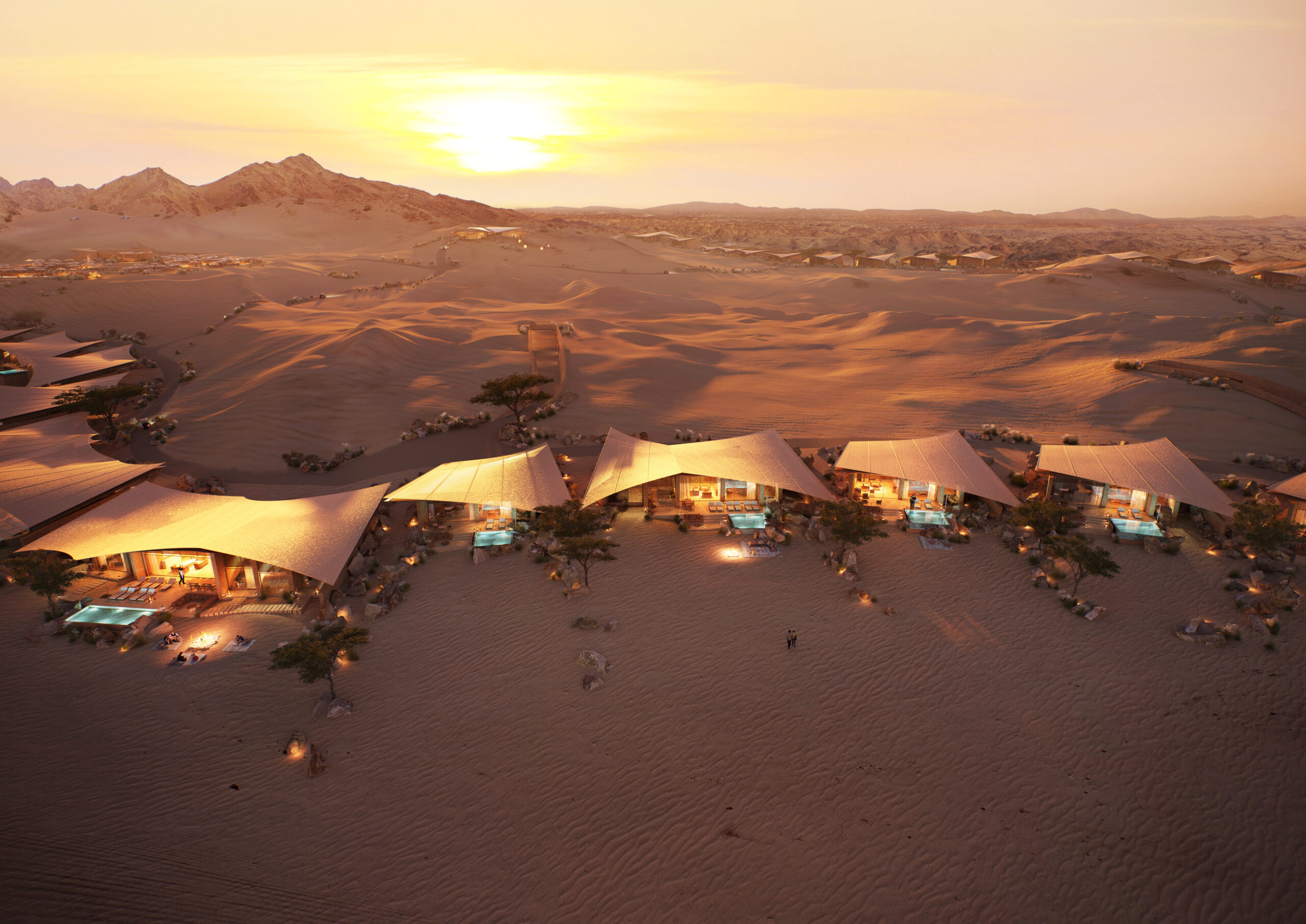 Gerard Evenden, head of studio at Foster + Partners, says: “Our vision for Shurayrah is inspired by the island’s natural state, with the hotels designed to give the impression that they have washed up on the beaches and nestled among the dunes almost like driftwood. The materials we use and the low impact they have ensures that the pristine environment is protected, while the additions we make to the island serve to enhance what is already there – hence the name, Coral Bloom.” 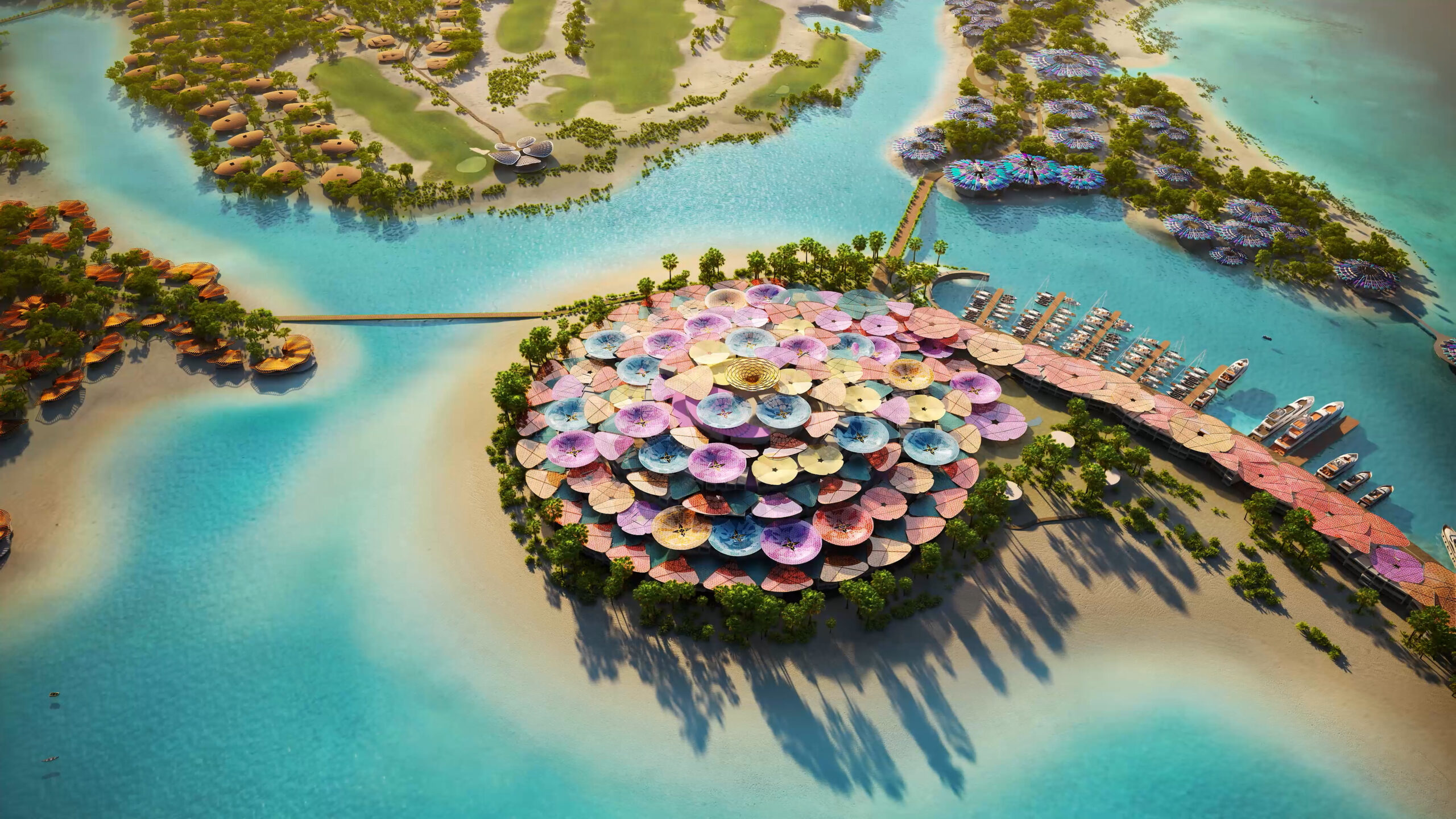 John Pagano, CEO of the Red Sea Development Company (TRSDC), says: “Saudi Arabia is accelerating its development of a new tourism offering in the Kingdom, fueled by the ambitious Vision 2030 program. We are proud to unveil our collection of unique and diverse hospitality brands that cater to this growing market and underpin our commitment to creating a world-leading barefoot luxury destination which will soon serve as a gateway to one of the last undiscovered places on the planet.” 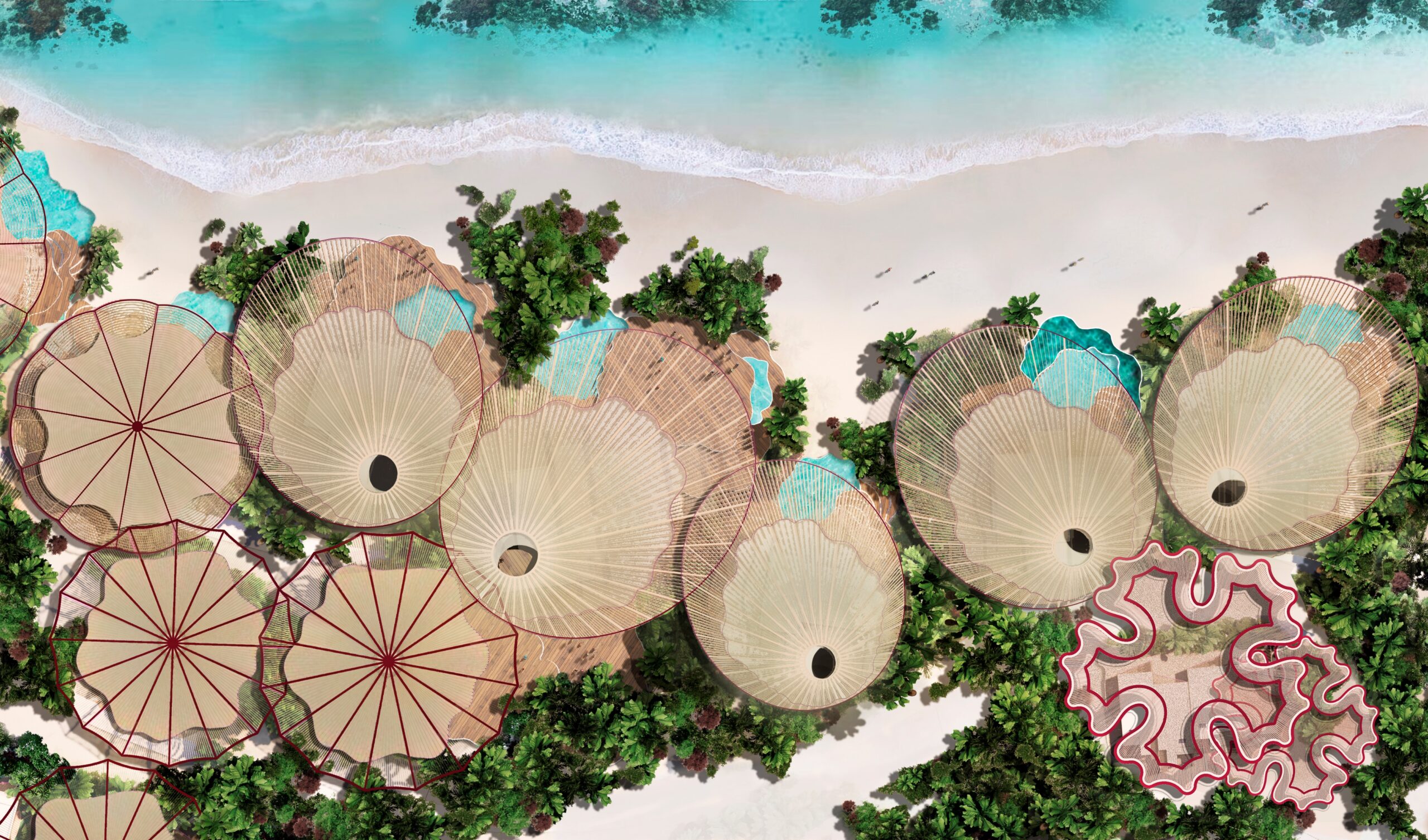 He adds: “Most importantly, such partnerships with globally recognised and respected brands signifies the growing confidence in our business, our flagship destination and in Saudi Arabia as a tourism destination.” 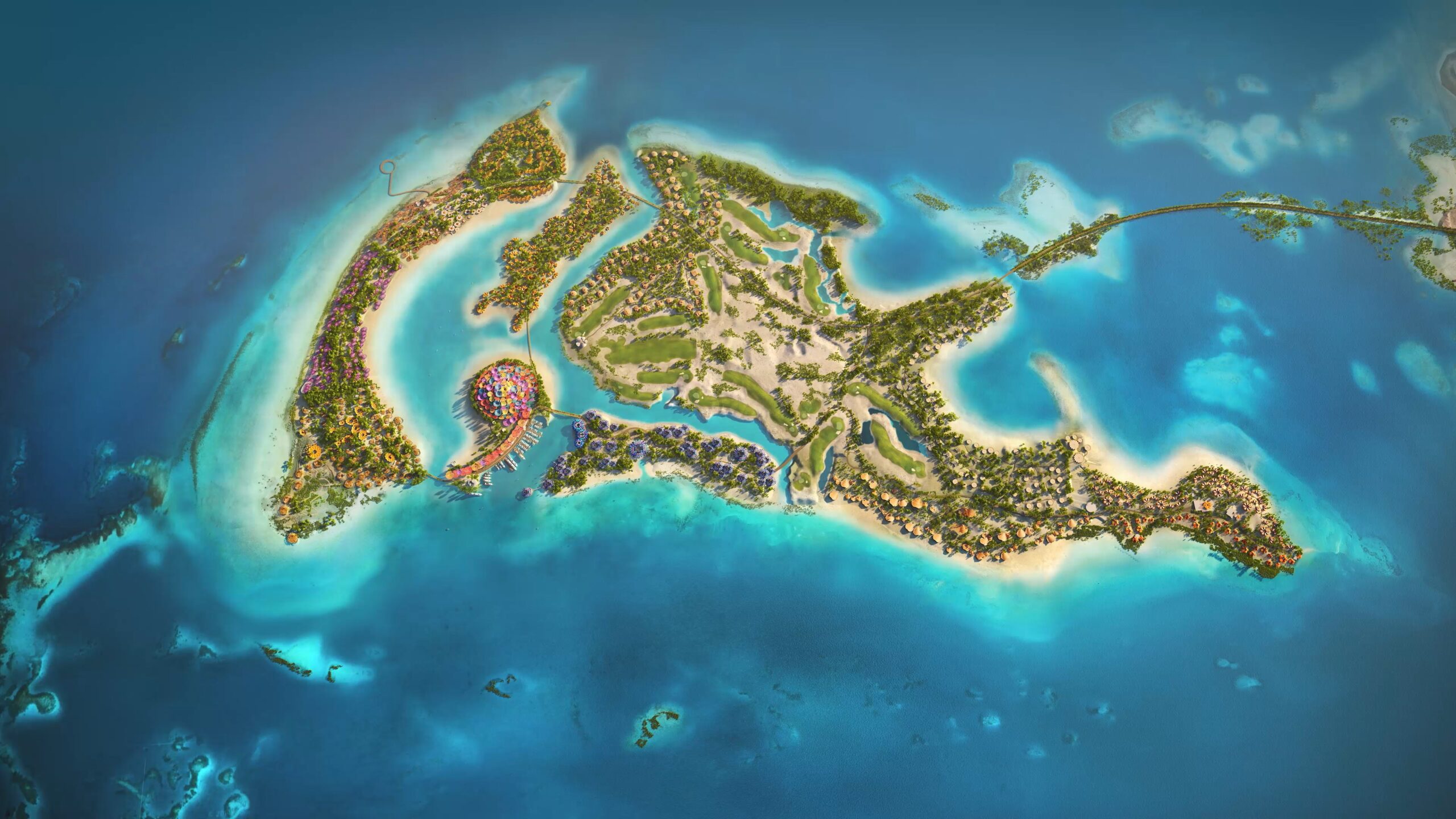 By 2030, the Red Sea Project expects to host one million visitors annually (capped in line with its sustainability ambitions), creating upwards of 70,000 new jobs and contributing US$5.3 billion to the nation’s GDP once fully operational.

Jay Rosen, chief financial officer at TRSDC, says: “Hospitality is the anchor of the Red Sea Project. We are determined to create a world-class luxury destination and the hotel brands we partner with play a crucial role in delivering on this ambition.

“Our partnerships are cemented through a collaborative framework that emphasise synchronicity between all brands. In doing so, we aim to create more value and maximize destination success, empowering stakeholders to benefit from shared best practices and economies of scale.

“The hotel management agreements unveiled today mark a significant milestone for us and we welcome more hotel operators, developers and investors to join us in our journey to build a thriving destination for visitors from around the world.” 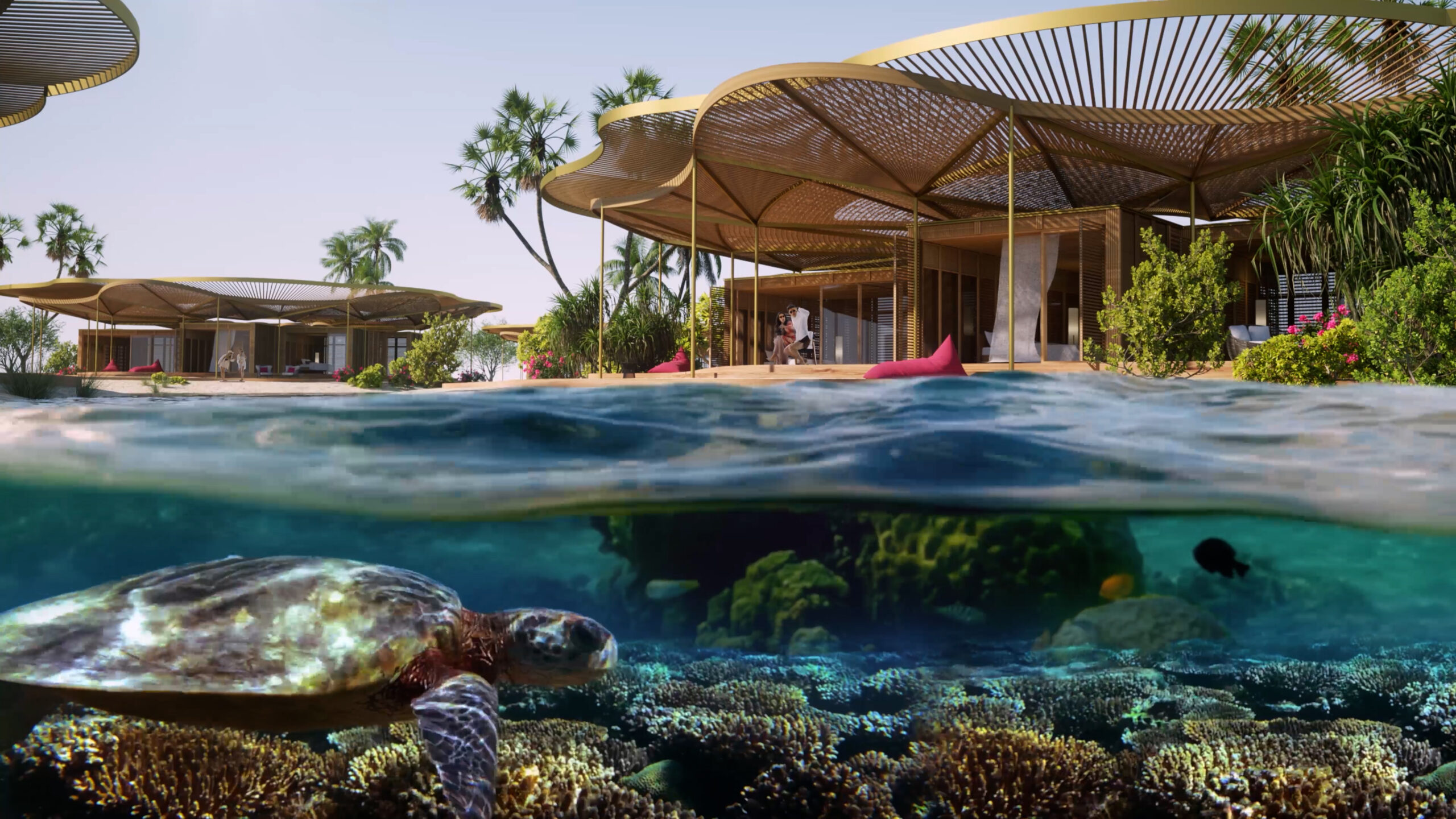 The Red Sea Project’s first phase of development is on track for completion by the end of 2023, with a total of 16 hotels set to offer 3,000 hotel rooms across five islands and two inland sites.

Upon completion in 2030, the site will host 50 hotels offering up to 8,000 hotel rooms and approximately 1,000 residential properties across 22 islands and six inland sites.

The first phase will also include a luxury marina, an 18-hole championship golf course, entertainment and leisure facilities, as well as an international airport that will be accessible by 80 per cent of the world’s population in less than eight hours and expected to serve up to one million passengers per year by 2030. 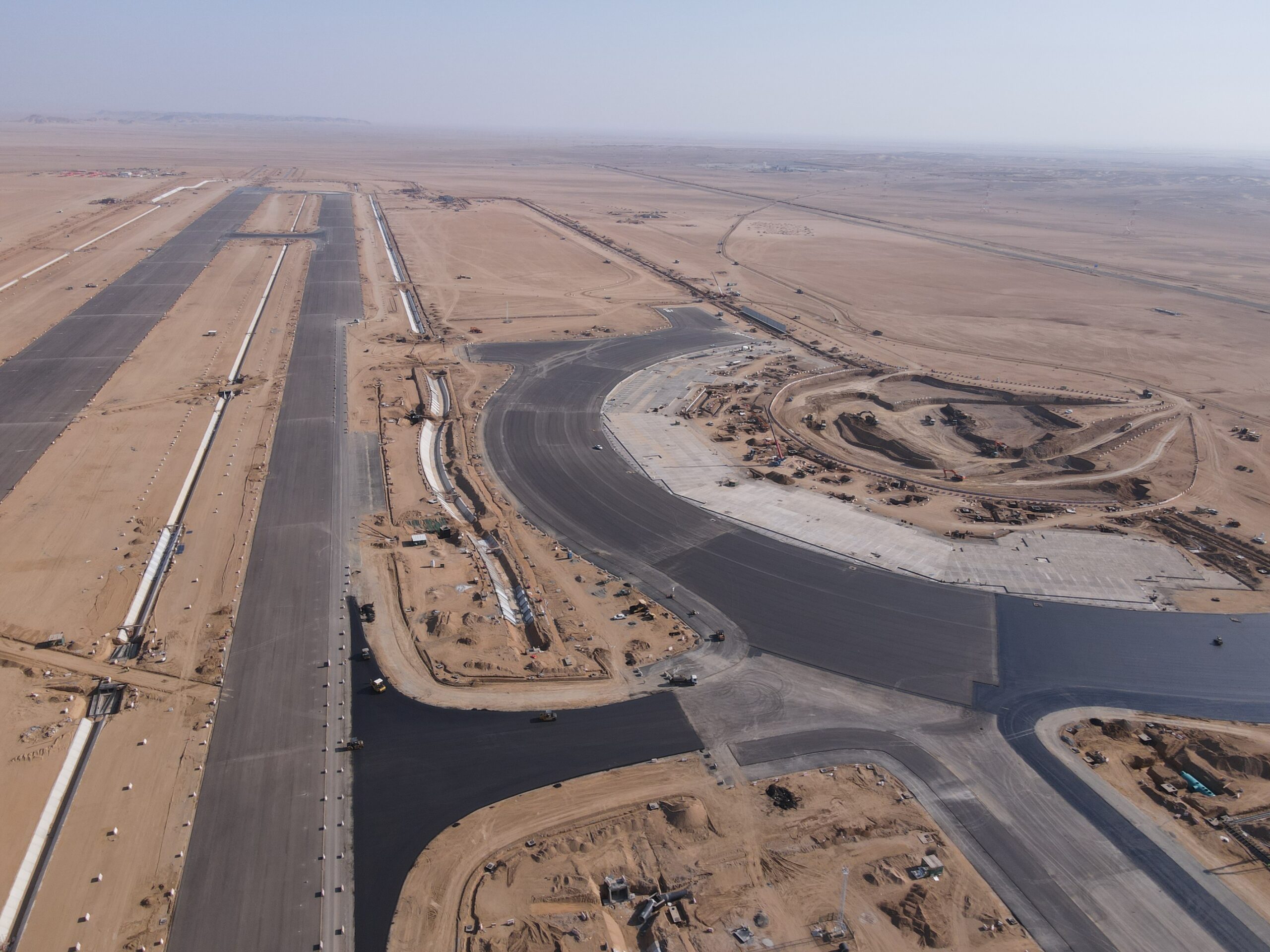 The Red Sea Development Company is a closed joint-stock company wholly owned by the Public Investment Fund (PIF) of Saudi Arabia. TRSDC was established to drive the development of the Red Sea Project, a luxury, regenerative tourism destination that will “set new standards in sustainable development and position Saudi Arabia on the global tourism map”.

The Red Sea Project will also feature residential properties, leisure, commercial and entertainment amenities, as well as supporting infrastructure that emphasizes renewable energy and water conservation and re-use, as well as a circular waste management system to achieve zero waste to landfill. 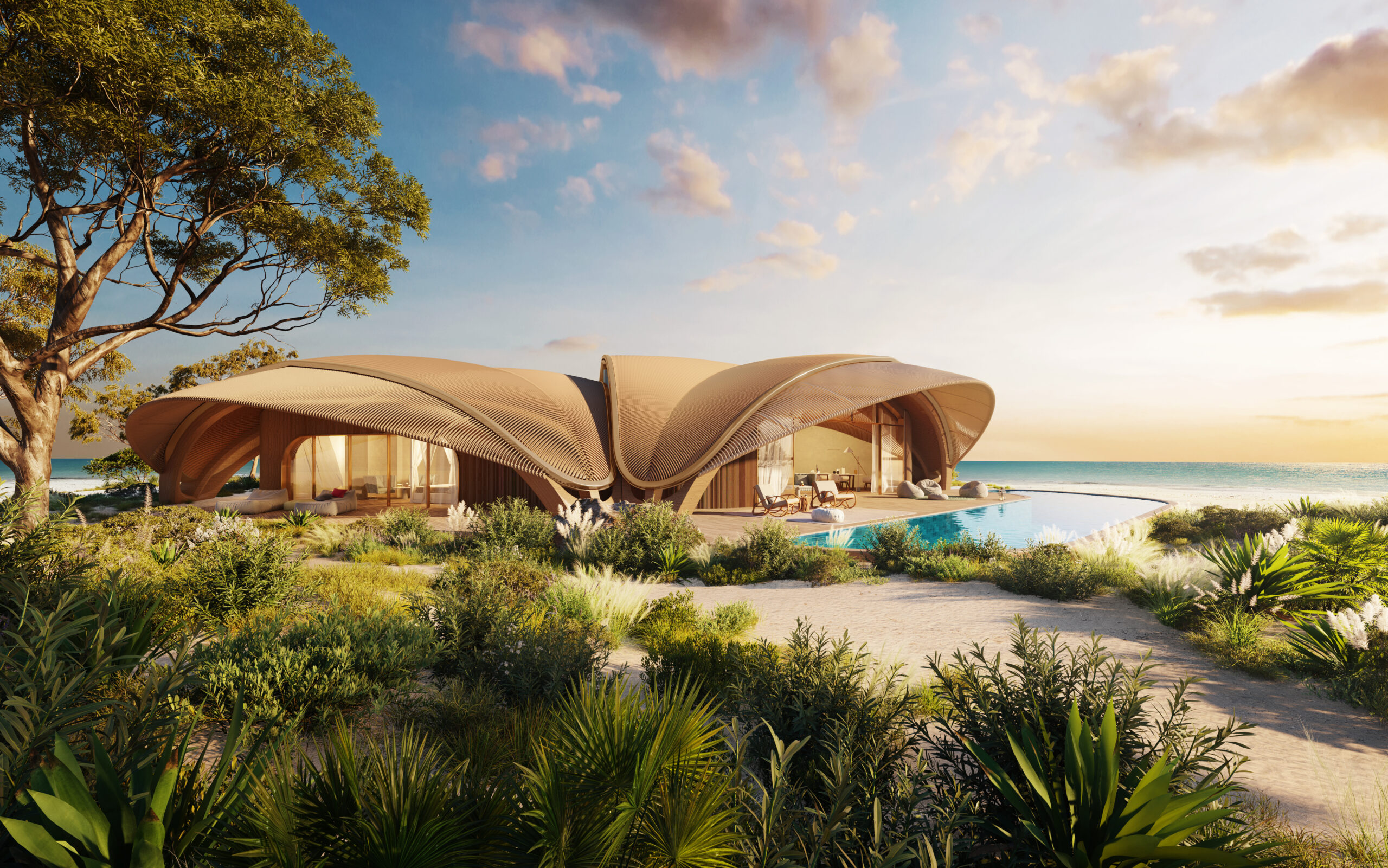 The 100-hectare Landscape Nursery, which will provide more than 15 million plants for the destination, is fully operational. Protecting existing biodiversity is also important – mangroves are being preserved and floating coral nurseries established to help regenerate marine habitats, as well as grow reefs for divers close to resorts.

The Red Sea Development Company says it has committed to delivering a 30 per cent net conservation benefit by 2040. To achieve this it is creating the world’s largest district cooling plant powered by renewable energy 24 hours a day and the largest battery storage system in the world. It also says it will offset visitors’ entire carbon footprint on their behalf.