Part of Saudi Arabia’s forthcoming gigaproject Neom, Oxagon will be a 7km-wide floating city that will be home to the world’s ‘first fully automated port and integrated logistics hub’. Jenny Southan reports

With sea levels rising, it makes sense to Globetrender that companies and governments are beginning to plan for living on water. Next year, Kempinski will be opening a floating hotel in Dubai, while the United Nations is supporting the construction of a floating city off the coast of Busan in South Korea.

In spite of its highly conservative politics and poor human rights records, Saudi Arabia is proving highly innovative. For some years it has been planning the construction of a wildly ambitious destination on the Red Sea coast called Neom, which will be run independently from the rest of the country.

Said to be 33 times bigger than New York, it will not only be a tourist destination with glow-in-the-dark beaches, but a hub for clean energy (Saudi Arabia wants to move away from relying on fossil fuels), vertical farming, robotics and smart technology.

According to the marketing blurb, Neom claims to be a “blueprint for tomorrow in which humanity progresses without compromise to the health of the planet”. 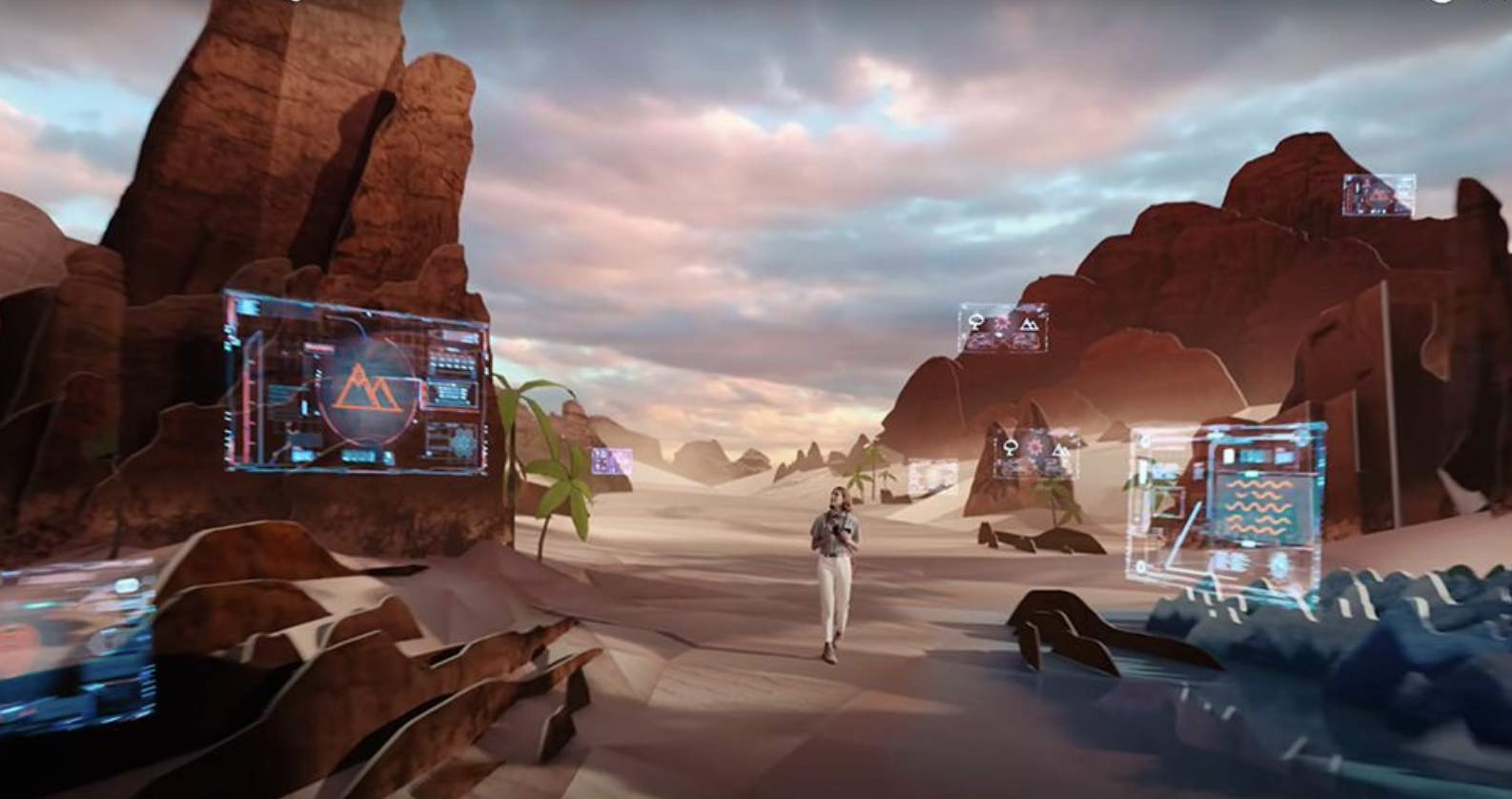 One of the key features of the project has now been revealed to be a floating, eight-sided city called Oxagon, which, according to Neom’s chief executive, Nadhmi al-Nasr, will “welcome its first manufacturing tenants at the beginning of 2022”.

Comprising an area in the south-west corner of Neom, Oxagon will be centered around an integrated port and logistics hub that will house the majority of the city’s residents. Its unique octagonal design will apparently “minimise its impact on the environment and provide optimal land usage”.

A defining feature of the city will be the world’s largest floating structure, which will become a centre for Neom’s “Blue Economy”.

The seven sectors that will form the “nucleus” of Oaxgon’s industrial development will be: sustainable energy; autonomous mobility; water innovation; sustainable food production; health and well-being; technology and digital manufacturing (including telecommunications, space technology and robotics); and modern methods of construction; all powered by 100 per cent renewable energy. 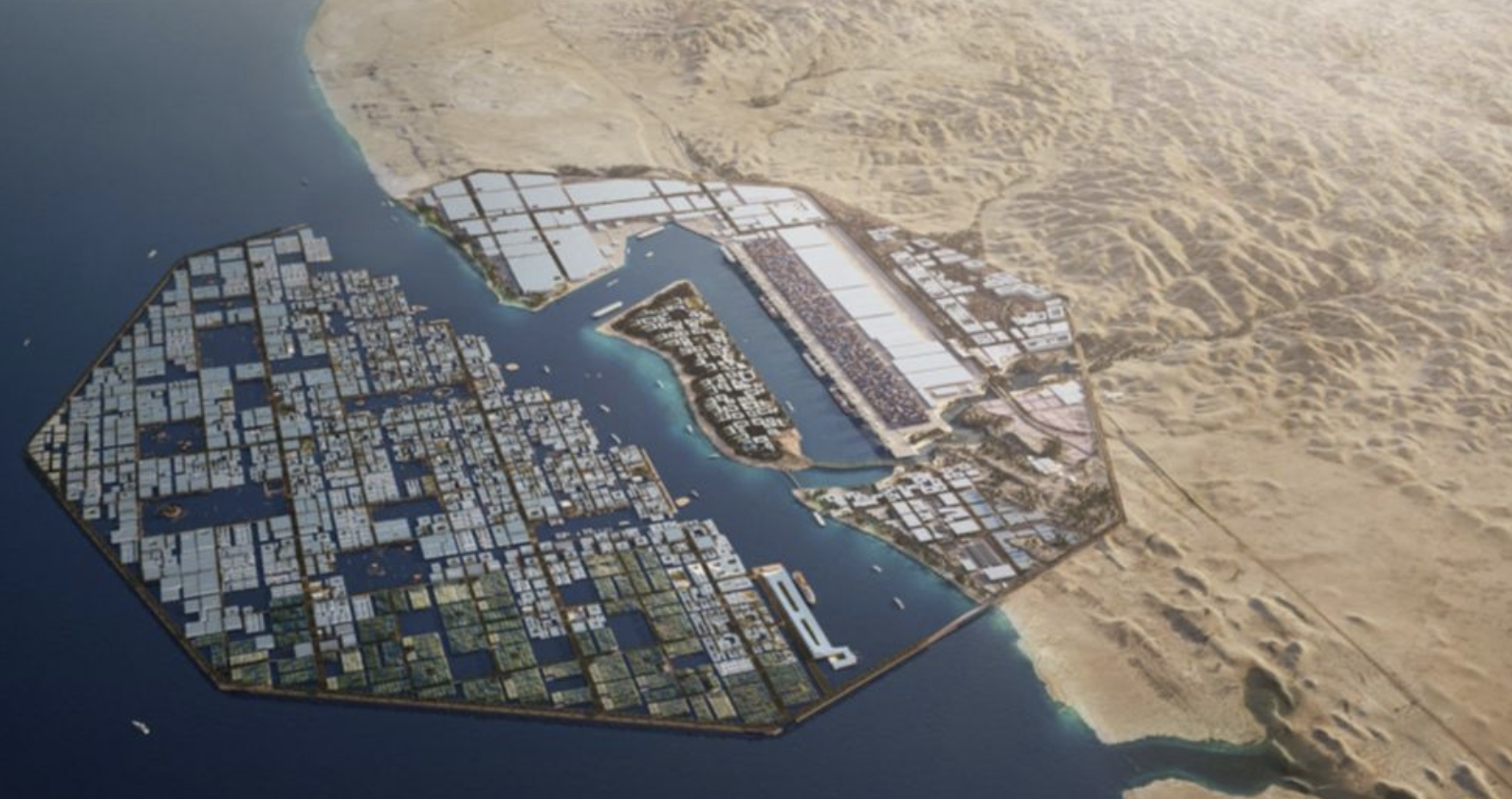 In a statement, Saudi Arabia’s Crown Prince, Mohammed bin Salman, said: “Oxagon will be the catalyst for economic growth and diversity in Neom and the kingdom, further meeting our ambitions under Vision 2030.”

It will also be in a geographically advantageous position, given that the Red Sea is one of the world’s busiest trade routes, with 10 per cent of all global trade passing through annually.

Neom’s website states: “Forget what you know about the polluted and congested industrial ports of the past, this is a giant leap forwards – breathing new life into manufacturing. Seamlessly integrating nature with technology, it will be the launchpad where moonshots become reality.

“The setting for leaders and their teams to push beyond traditional boundaries. And the blueprint for the future of work, living and sustainability. If you are an innovator at a game-changing company, this is the community you should be a part of. It is time to pivot beyond the norms. Let’s change the optic on work and life together.”

Neom will also include a 170km-long city called the Line that will run in a straight line through the desert. Car-free, residents and visitors will travel through it on hyper-fast trains with the longest journey “never more than 20 minutes”, the developers say.

Further up the coast will be the world’s largest coral reef restoration project.