From Lu Do Magalu to Lil Miquela, CGI virtual influencers are building huge followings on social media and wield the power to make huge amounts of money. Are they the future of tourism marketing? Jenny Southan reports

In Globetrender’s Gen Z Horizons report (available to download here), we wrote about the emergence of “virtual influencers” and how they will likely start being employed by travel companies.

“In the fashion industry, computer-generated influencers of otherworldly beauty have already attracted millions of followers. For example, there’s Margot, Zhi and Shudu ‘the world’s first digital supermodel’, who has already starred in campaigns for Balmain and Rihanna’s Fenty Beauty. They are so realistic people often don’t know they aren’t flesh-and-blood humans.

“Then there is ‘Musician, change- seeker, and robot with the drip’ Lil Miquela, ‘Young Robot Sex Symbol’ Blawko, his ex-girlfriend Bermuda, a blonde with her own PR company that also represents real-world artists Frank Ocean, Grimes and Björk. These three were all created by LA-based startup Brud.”

Still a fledgling trend, we predict that 2022 will be the year that virtual influencers begin to tap into travel and tourism promotion. Let’s learn more about them…

Lu Do Magalu has recently been on the front cover of VOGUE Brazil, capping off a busy start to the year where she could end up raking in a predicted £12,859,356. That’s over 332 times the average UK salary of £38,600, which she can earn in just three sponsored Instagram posts, with an estimated earning of £12,911 per sponsored post.

Lil Miquela is a singer and model, with her most recent release being Hard Feelings in 2020, and collaboration with supermodel Bella Hadid for Calvin Klein. She comes in second with a predicted income of £735,288 for 2022, and estimated earnings per post if sponsored at £6,127. That will earn LA’s residential robot over 1,805% the average UK salary.

Barbie has been a household figure since 1959, but not only has she been around for decades, she has adapted to the times by becoming a YouTube Vlogger, discussing social and political issues. Barbie is now considered the third highest virtual influencer for 2022, with predicted yearly earnings of £724,755 if all posts were sponsored and a comparable income 18 times more than the average UK salary.

Any Malu was the first ever 100% animated YouTuber when she joined the platform in 2015, and is now a Cartoon Network star as well as a virtual influencer with her show Any Malu Show. She could bring home a predicted £311,571 in sponsored posts this year, with an estimated income of £1,527 per sponsored post.

Rounding off the top five is equality activist Noonoouri (pictured below). She is an avid vegan who heavily advocates for sustainable fashion and boycotting the use of animal furs.

She has also collaborated with fashion brands such as Prada, and has the potential to earn an estimated £1,151 per sponsored post, which could result in her earning up to £290,248 for 2022. 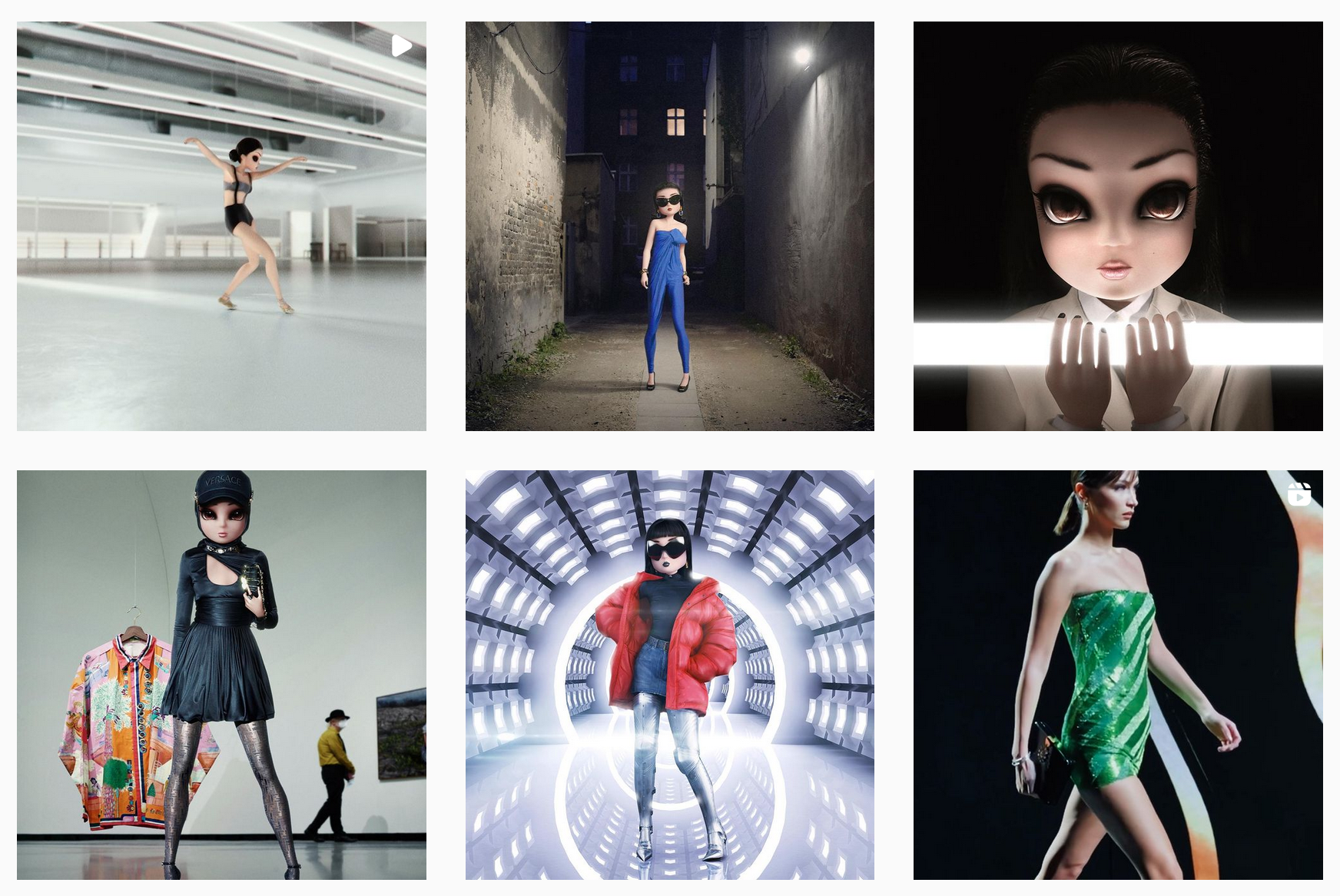 How much could these virtual influencers earn in 2022? OnBuy Tablets used Influencer Marketing Hub’s Sponsored Post Calculator to predict their estimated yearly earnings.

(OnBuy Tablets found an estimated figure for each influencer’s earnings per sponsored Instagram post. This figure was then multiplied by the number of posts the influencer made in January 2022, and multiplied by 12 to find the predicted yearly earnings.) 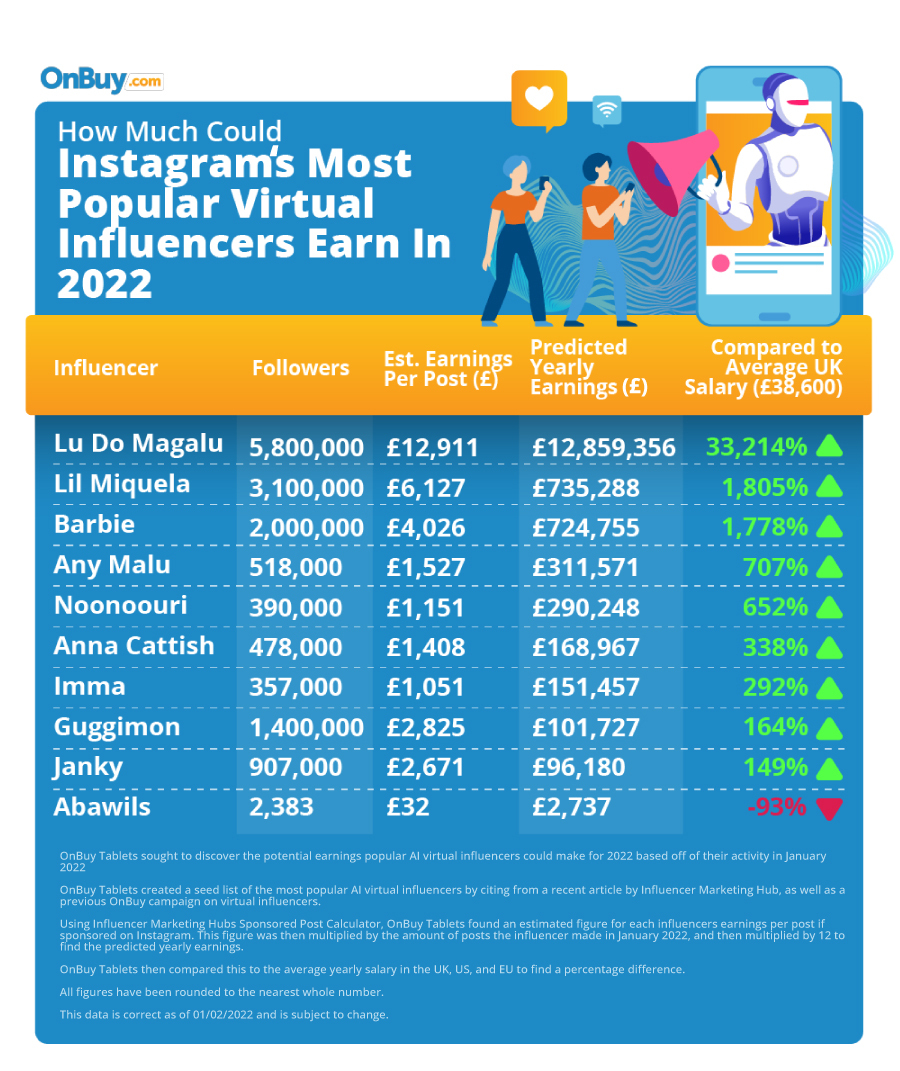