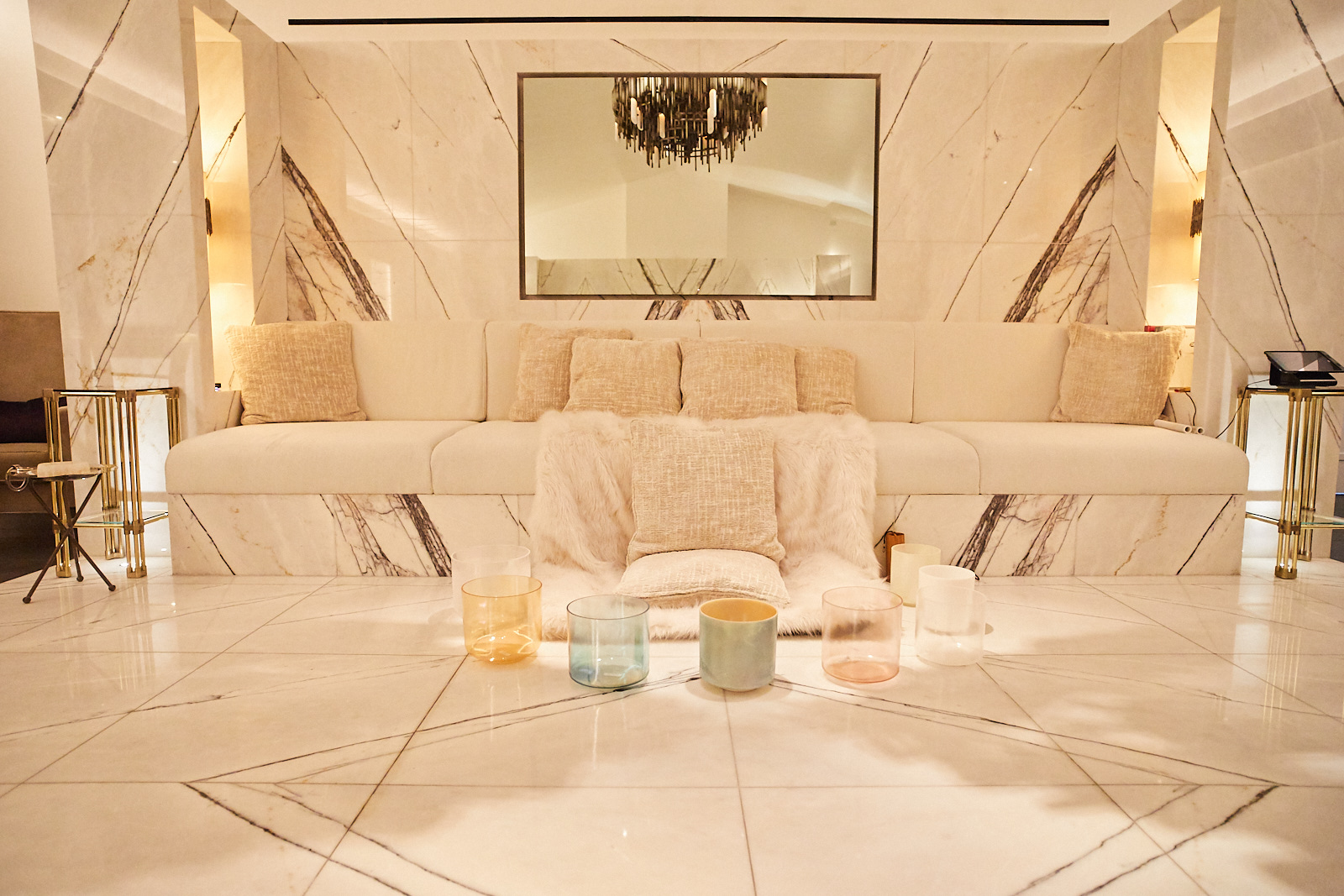 Opened in autumn 2017, the Mandrake hotel in London’s Fitzrovia has such a nondescript entrance that you would likely walk past it. The black doors look more link the gateway to a shuttered nightclub but go inside and down the long, dimly like corridor and you will emerge in a foreign land with Frankenstein taxidermy, occult iconography and an outdoor atrium draped in jungle foliage.

Known for its celebrity following, the Mandrake revels in counter-culture happenings. In October, legendary tattoo artist Mark Mahoney to up residence, giving guests the chance to skip his usual two-year waiting list and get inked by him during their visit. (Mahoney’s A-list clients include David Beckham, Adele and Johnny Depp.) 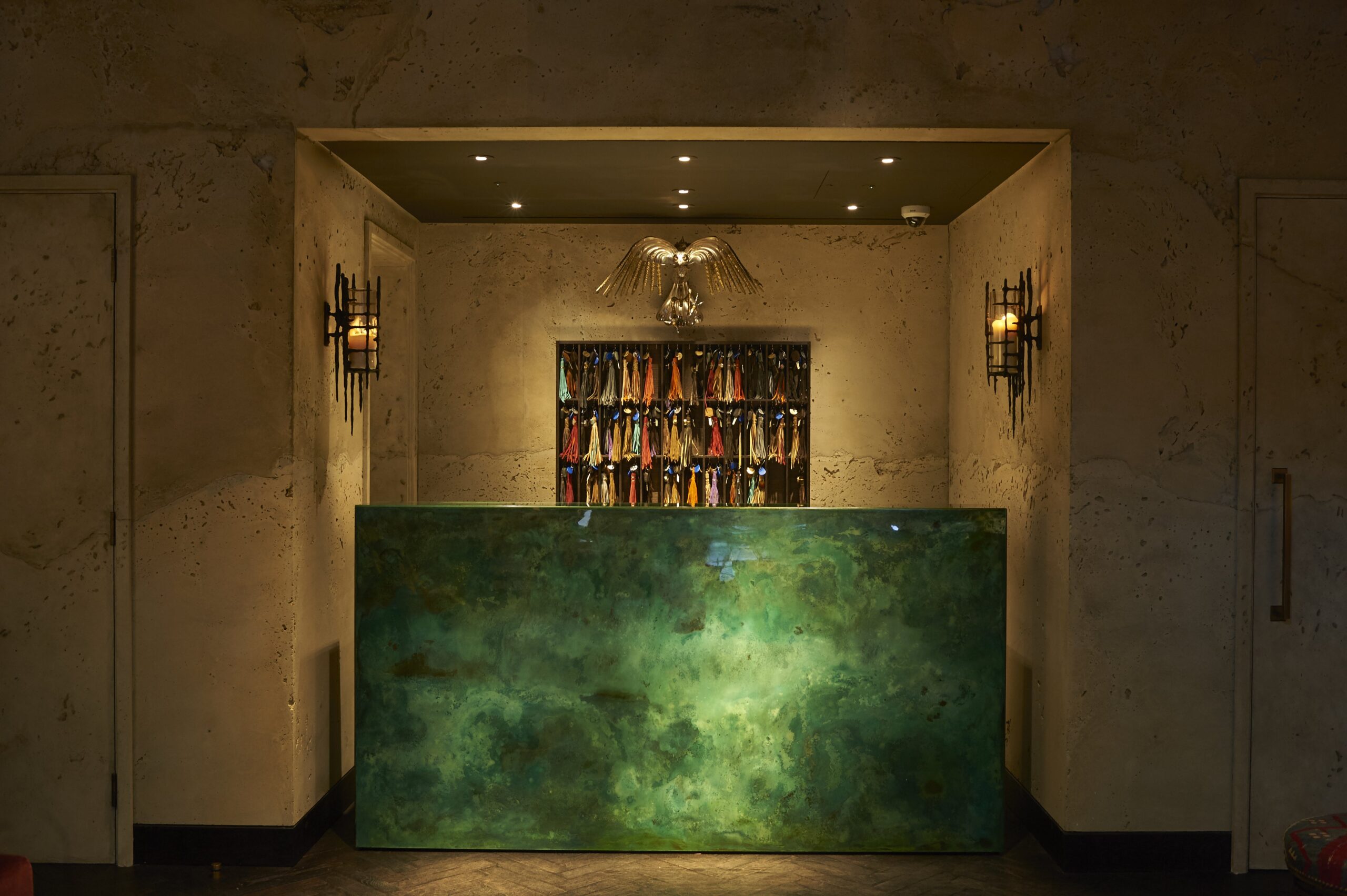 Not only this but last year the Mandrake launched its own “spiritual wellness concierge service”, which offers a menu of alternative therapies based on traditional and ancient wellness practices, instead of conventional massages, mani-pedis and facials.

Not just a gimmick, the hotel works with some of the most renowned practitioners  who come in to deliver sessions (costing from £180-£300) in the Mandrake’s suites. Examples include shamans Eddy Elsey and Andréa Araré, sound healer Maria Lodetoft and energy healer Josie Daniell.

“Our spiritual wellness concierge service is the first of its kind in the world and born out of a belief that the soul needs to be nourished just as much as the mind and body. We have taken inspiration and rituals from the four corners of the world to create experiences that are as unique as you,” states the Mandrake on its website. 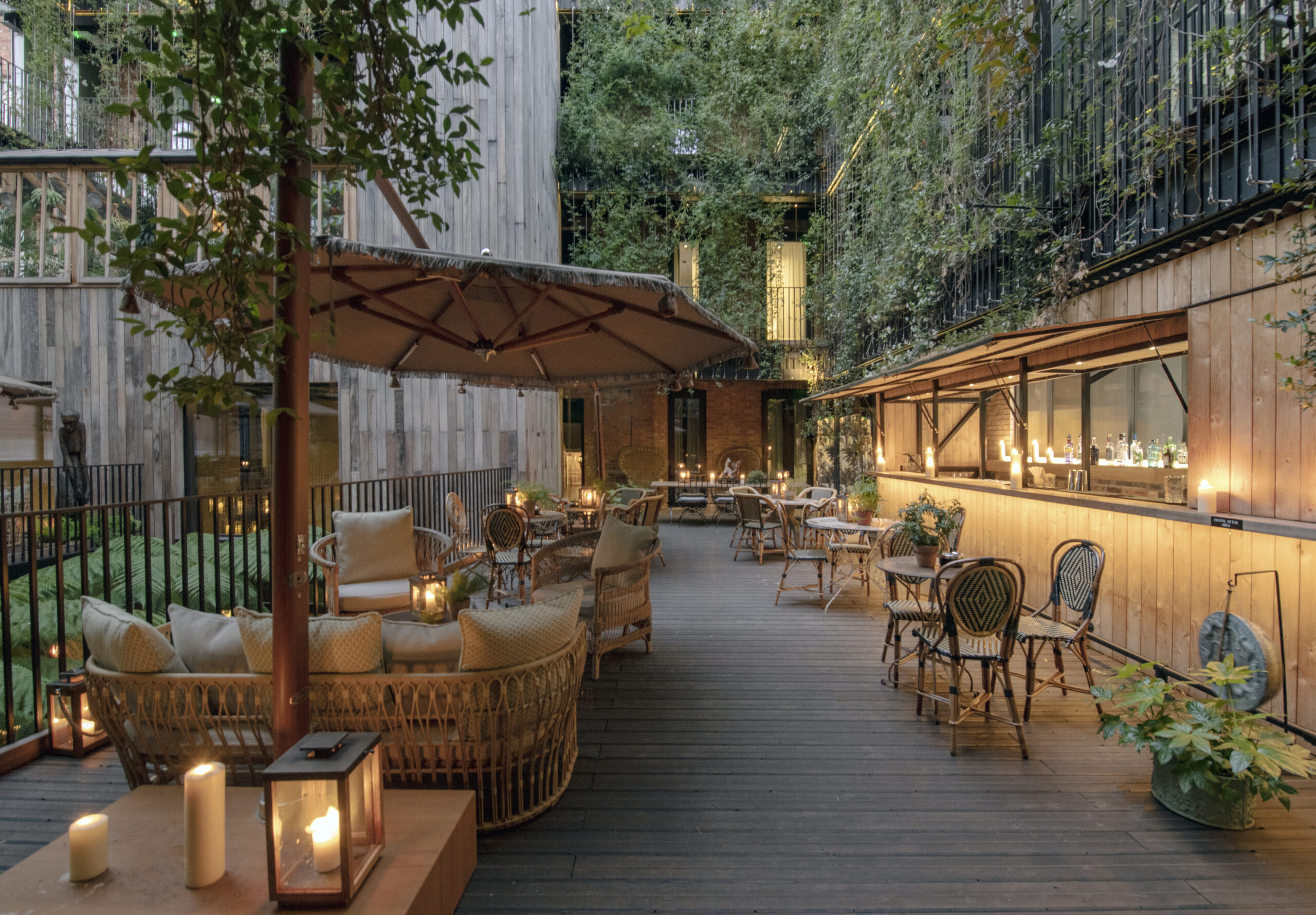 Options include shamanic healing sessions, alchemy crystal singing bowl meditations, gong baths, energy cleansing and cacao ceremonies. The Mandrake says: “All sessions will be incredibly intimate, to not only keep guests safe, but to ensure the most mind-expanding of experiences.”

My partner, magazine journalist, editor and author Lotte Jeffs, signed up for the “Soul Revival” package, which starts from £730 and includes an overnight stay in an Evergreen terrace room and dinner for two. 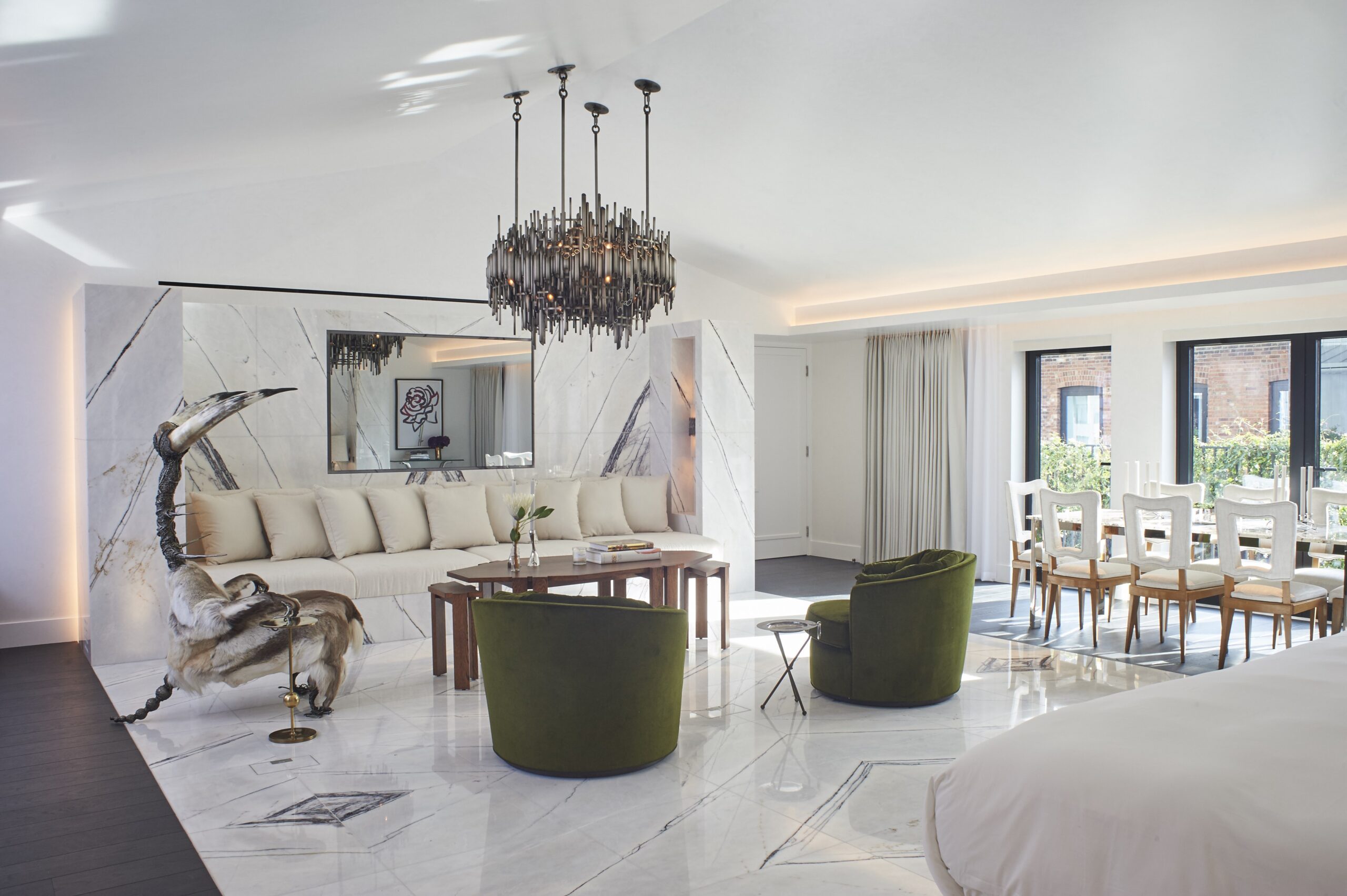 Lotte Jeffs says: “All I knew was that an hour-long ‘soul revival’ awaited me in the penthouse. I was intrigued but expecting nothing more than a massage. Instead, as I entered the huge, minimalist space at the top of the hotel I was greeted by a woman named Bella Georgiou who sat on the floor surrounded by different sizes of glass bowls, a gong, and a few flickering candles.

“There was a yoga mat rolled out for me to lie on and she asked me to relax and close my eyes – I was about to experience my first ever ‘sound bath’. With a leather-bound mallet she circled the inner circumference of each crystal bowl to produce a different depth of sound. The idea is that the vibrations produce send you into a deep ‘theta’ state of relaxation where you are ‘awake’ but in a deep meditative trace.

“Geogiou is also a reiki healer and as she circled my body with sound she was working with the energy I was radiating. She asked me to picture a colour and imagine it washing through me as she slowly worked from my head to toes with the sound vibrations. It was truly a transformative experience and hard to describe in words because I felt that something was happening to me beyond consciousness.

“It was almost as if I could feel the cells in my body fizzing with each sound – it was deeply relaxing but at the end of it I felt energised. My soul was indeed revived!”

Our room (there are 32 in total) had two doors opening on to a public walkway that looked down on to a central courtyard. The interior of the room was very dark and a little on the small side (about 20 sqm) but there was a small sofa at the end of the bed, a coffee table with a bowl of exotic fruit, a minibar and tea/coffee station.

Judging by the look of the higher category rooms, it would probably be better to splash out on one of the three larger suites (41-61 sqm) for a true sense of relaxation during the stay, especially as they come with fabulous, ornate bathrooms. The Mandrake suite is particularly eye-catching, decked out in heavy drapery and black marble.

Dinner is normally served in Yopo restaurant but as it was quiet we decided to eat in a private red-velvet booth in Waeska bar on the ground floor. I was highly impressed with the quality of the food – not at all pretentious. Just utterly fresh, flavoursome, artful, cleverly devised and delicious. 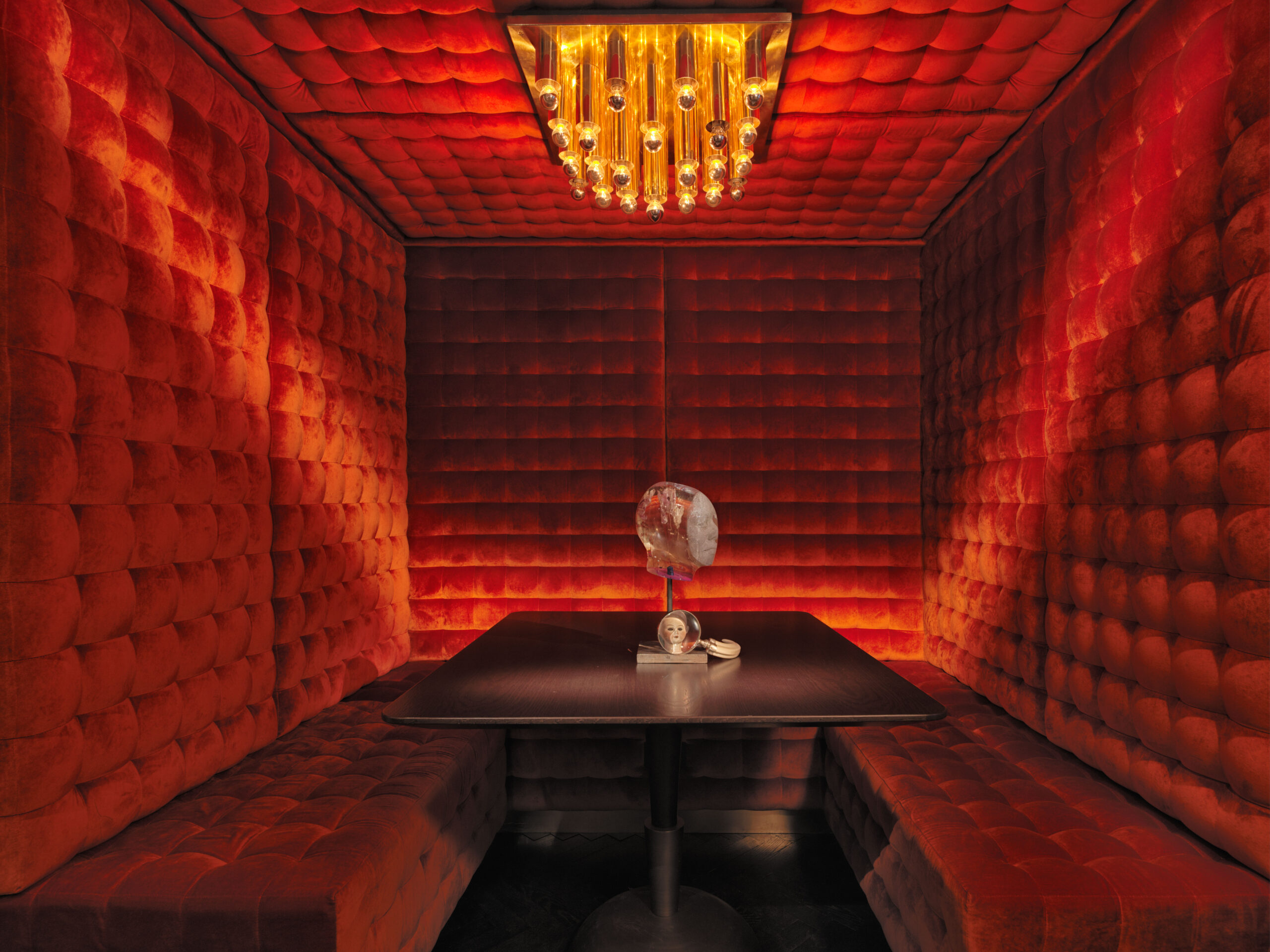 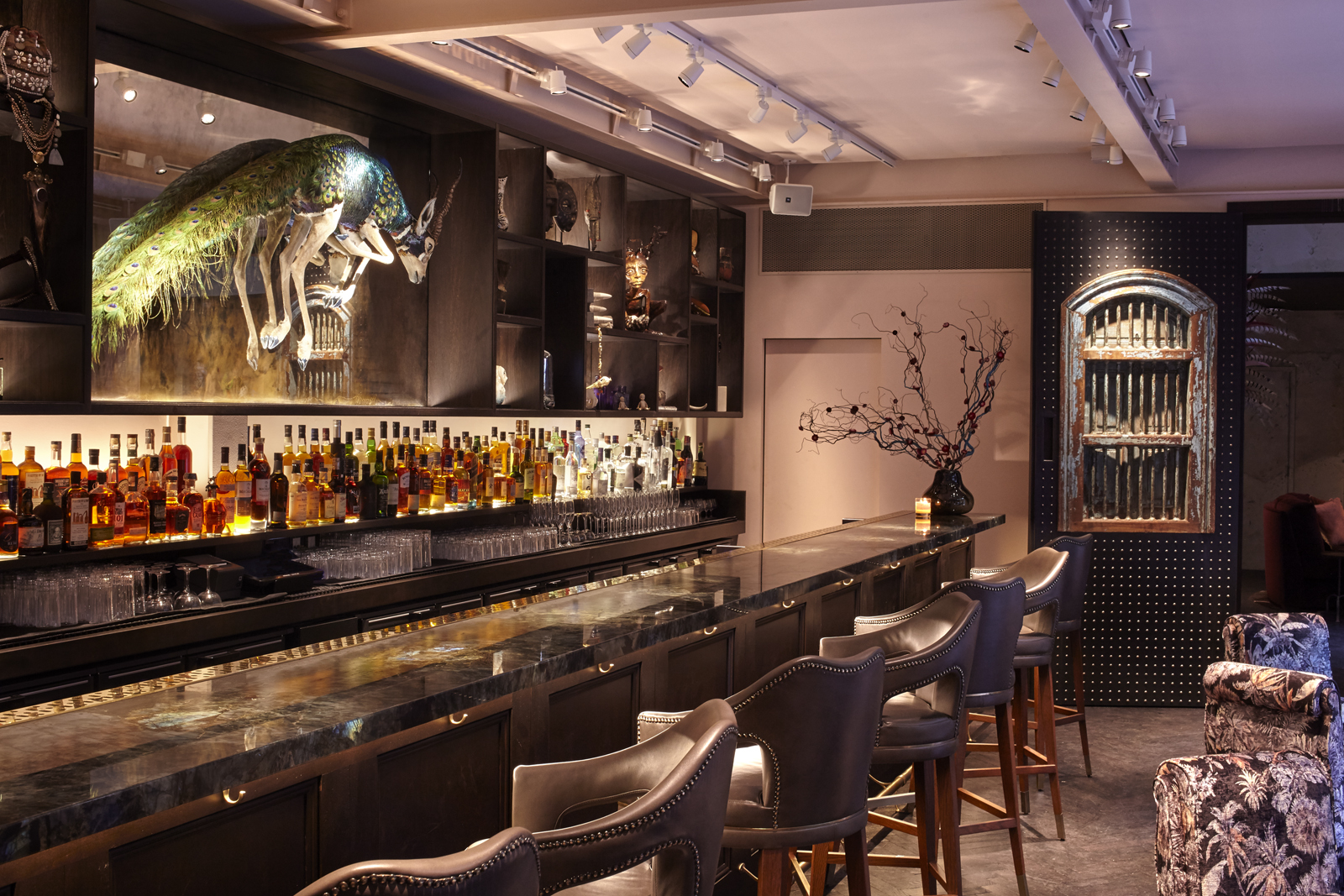 Yopo specialises in cuisine inspired by the South American countries of Argentina, Chile and Peru, with a particular interest in indigenous Amazonian ingredients. A sharing plate concept, dishes include the likes of mushroom tostadas with pumpkin seed mole and cactus (£11); red prawn ceviche with pineapple tepache and nasturtium (£19); and smoke ricotta agnolotti with pumpkin and buckwheat (£21). 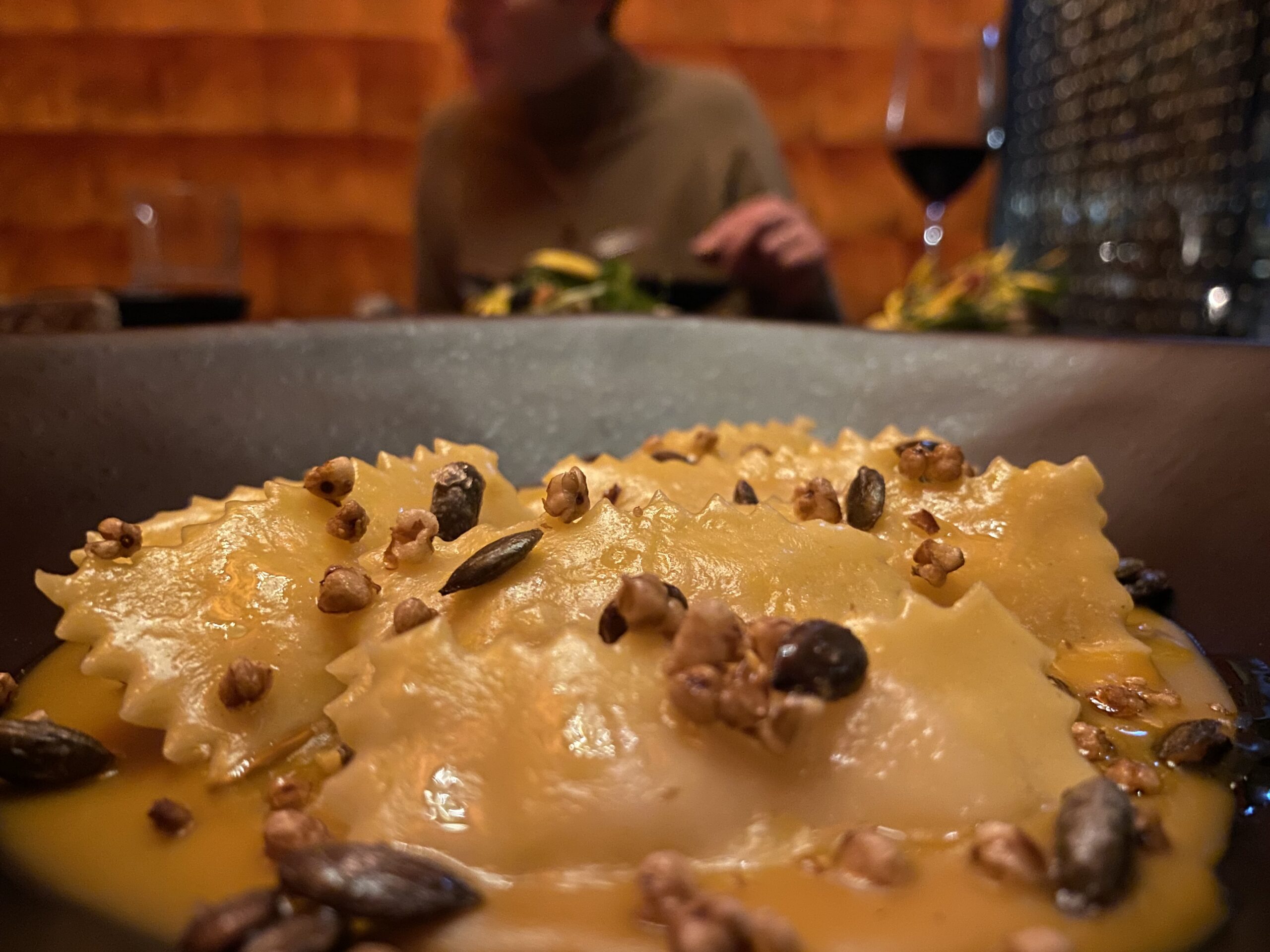 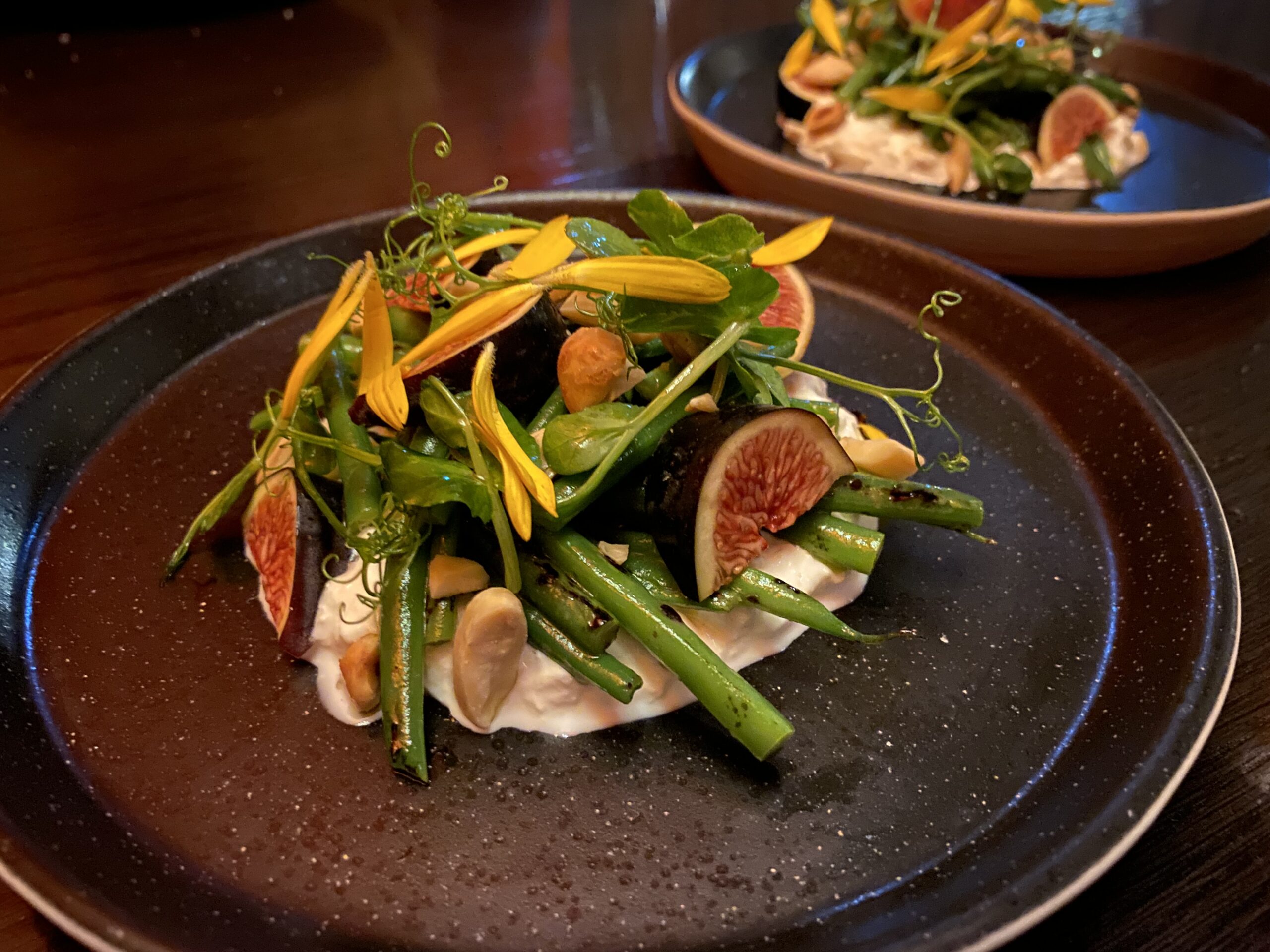 In 2020, the Mandrake also unveiled four Cabanas for private dinners of up to six people. This year, Mandrake founder Rami Fustok invited four artists to rework each space. As you can see, they are something to behold… 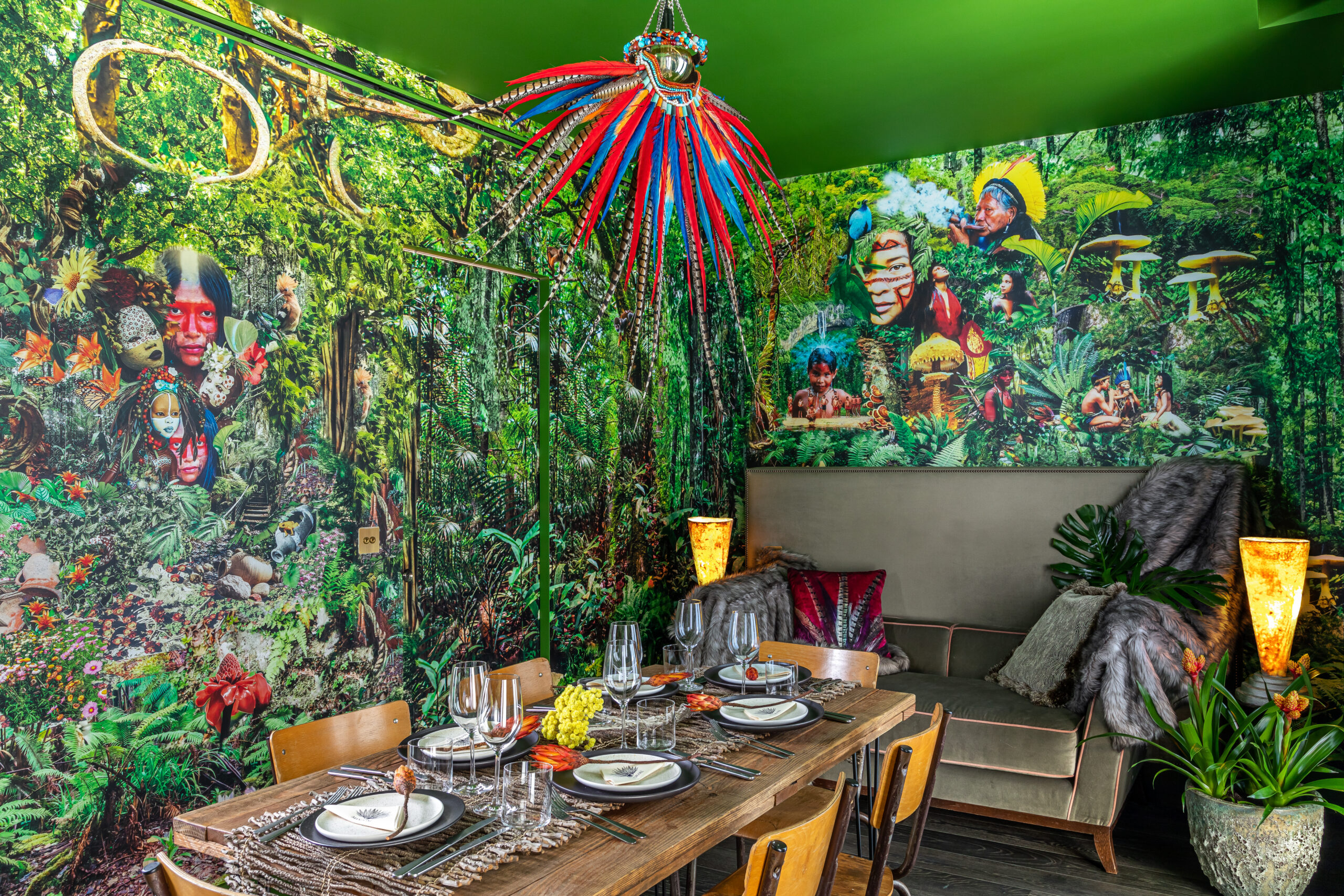 This one was designed by sculptor and artist Bushra Fakhoury, who has “created a space that raises awareness of indigenous people’s fight for survival in modern society”.