What’s it like to be an international house sitter during a pandemic?

Rachel Morris has lived in other people’s homes, in multiple countries, since early 2019. Is this way of life enjoyable and sustainable in the age of Covid, or for a British passport holder?

In 2021 alone, I’ve lived in Paris, the French regions of the Gers and the Tarn, St Andrews, Cambridge, Chiswick, Covent Garden, Camberwell, rural Devon, Bath, the Isle of Wight, and Yorkshire.

How is this possible – or necessary – during the Covid-19 pandemic? How pleasurable can it be to move this often, while carrying everything you own? How often or long can someone exist this way? And if someone is attracted by the notion, how can they go about doing it?

I sometimes ask myself some of these questions. I didn’t consciously decide to live like this for so long, nearly three years ago. I’d been working as an education programme manager in South Korea, Thailand, and Saudi Arabia, jobs which came with accommodation as part of the package.

By my early fifties, when I wanted to stop working for others and concentrate on my own creative work, writing, illustrating and proofreading, I hesitated as I’m entirely self-supporting. Then my older brother Peter changed my life with one sentence: “Why not try house sitting?”

Here I am with all my worldly possessions… 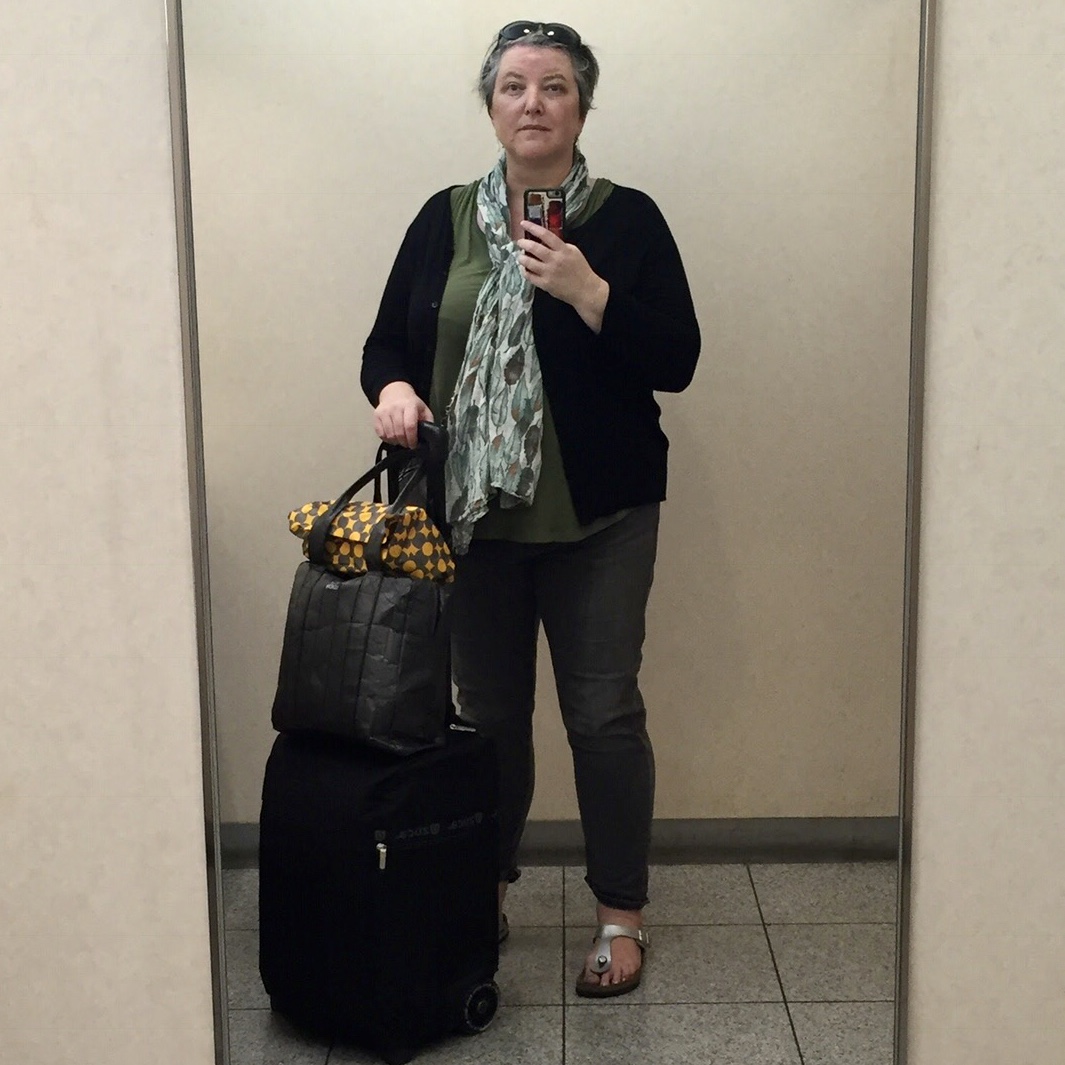 How does house sitting work?

I’d looked after homes and pets for friends, as a favour, but had no idea this had become a massive, yet somewhat underground, exchange between homeowners and people wanting somewhere to live for days, weeks, or months.

Money doesn’t usually change hands: sitters live rent- and bill-free aside from food, and it’s a solution for owners with pets needing care – or even just plants and gardens – while they travel for pleasure or business. They want someone on the property for security, to keep an eye on the pipes in winter, and to prevent the negation of insurance by a place being empty for too long.

Sitters may themselves just be wanting a short-term vacation away from their own homes, but there are now many people who’ve sold their homes after retirement, are remote workers and digital nomads, or are budget travellers, wanting various places to stay globally, full-time, at minimal expense.

For example, Peter works as a grip on film and TV sets in Vancouver, but lives in the US with his partner. He started sitting to avoid paying two rents and have places to stay at the right times in such an irregular line of work.

The idea of staying in new places, meeting interesting people and pets, while keeping overheads down significantly, was an instant winner for me. I became a member of TrustedHousesitters.com (TH), created a profile, and within weeks had been booked for my first official sit.

The size of the “market” is unknown – it’s a vast, hidden economy that’s expanded geographically and in size to the point where you can sit almost anywhere. The aggregating site housesitsearch.com allows you to search all countries, filtering results by responsibilities, date ranges, and online sites designed to match owners with sitters via ads and profiles. This is useful in helping sitters decide which sites they want to pay to be profiled on.

TH is largest by far, though, and has by far the highest annual membership fee structure for sitters (from £99-£199). This probably acts as a reassurance to owners: if applicants can afford such fees, they’re serious, not just looking for an easy ride.

The benefit to sitters appears to be simply a wider range of ads to apply to. MindAHome, MindMyHouse, HousesittersUK, and more have given me access to wonderful sits, in incredible properties, though at greater risk of gaps. Word of mouth has led to the best sits of all. (And the animals provide good company.) 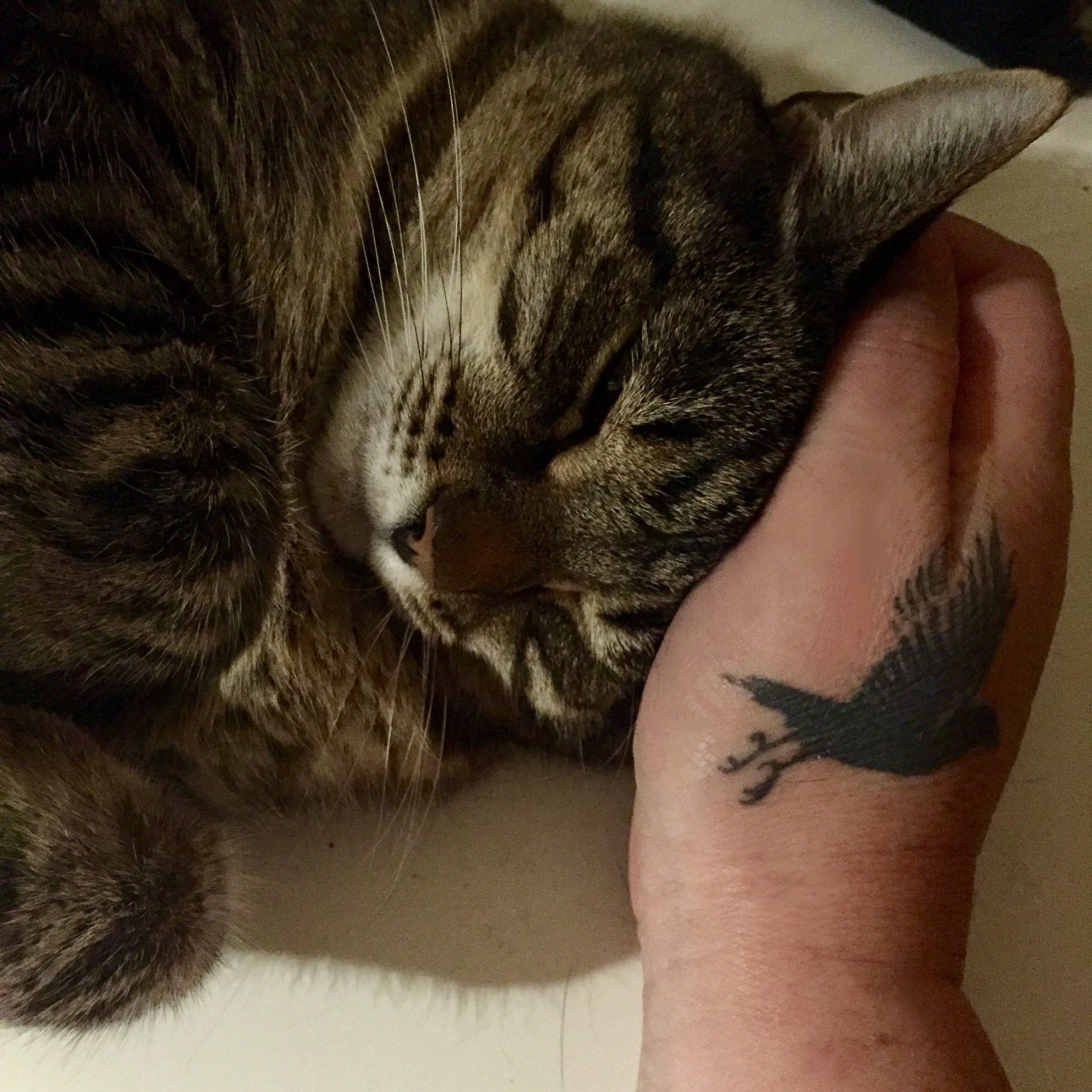 What have you learnt from being a house sitter in Europe?

Weirdly, I got my first sit in rural south-west France through TH, just a short drive from dear friends. I was there over three winter months, going on long walks and keeping an eye on two houses, gardens and land, like a cheap, sentient burglar alarm.

For part of that time I was loaned out to the owners’ friends, one of whom is an esteemed actor; the sit began after being cooked a divine dinner and regaled with stories from such sets as that of Bridget Jones’ Diary. I learned how to care for chickens there.

This is probably my favourite thing about sitting – you meet people you’d never otherwise meet, in places you’d never usually go, learning things you never expected to know. It’s a relationship in which trust is necessarily created quickly, and lifelong friends can be made all over the world.

Unsuccessful sits are those in which owners are inexperienced with the dynamic and don’t really understand the arrangement, treating sitters as hired hands rather than equals, though they’re not actually paying aside from leaving internet and utilities going.

My second-favourite thing is that life can turn on a dime, it keeps me young and adventurous. Since those early sits, I’ve lived in Battersea, Brussels and Barcelona; stopped a house in Madrid from flooding during a freak storm; spent the first lockdown in rural Provence, a sit found accidentally via one tweet; and had two different Paris apartments during the next lockdown.

Walking from the cat in one to the bonsai trees in the other via an eerily-quiet Louvres and Tuileries was a remarkable experience. Yes, I’ve had to remove a chewed hedgehog from a dog’s bloody mouth, and clear away a live tapeworm vomited up by a cat (not to mention the daily mouse-remnants he left for me). But such things can come with pet ownership anyway.

A third feature of sitting is that moving around more seems to allow chance and coincidence to play out more, too. I already had more “small world stories” than anyone I know, but sitting has created true magic.

I chose a sit in rural Devon – or it chose me, you get a feel for which are “yours” – to be near my Dad, who died just two weeks after I saw him there. His favourite artist lived in that small village, as it turned out, and it was from him I got the only in-person hug I received that terrible day. 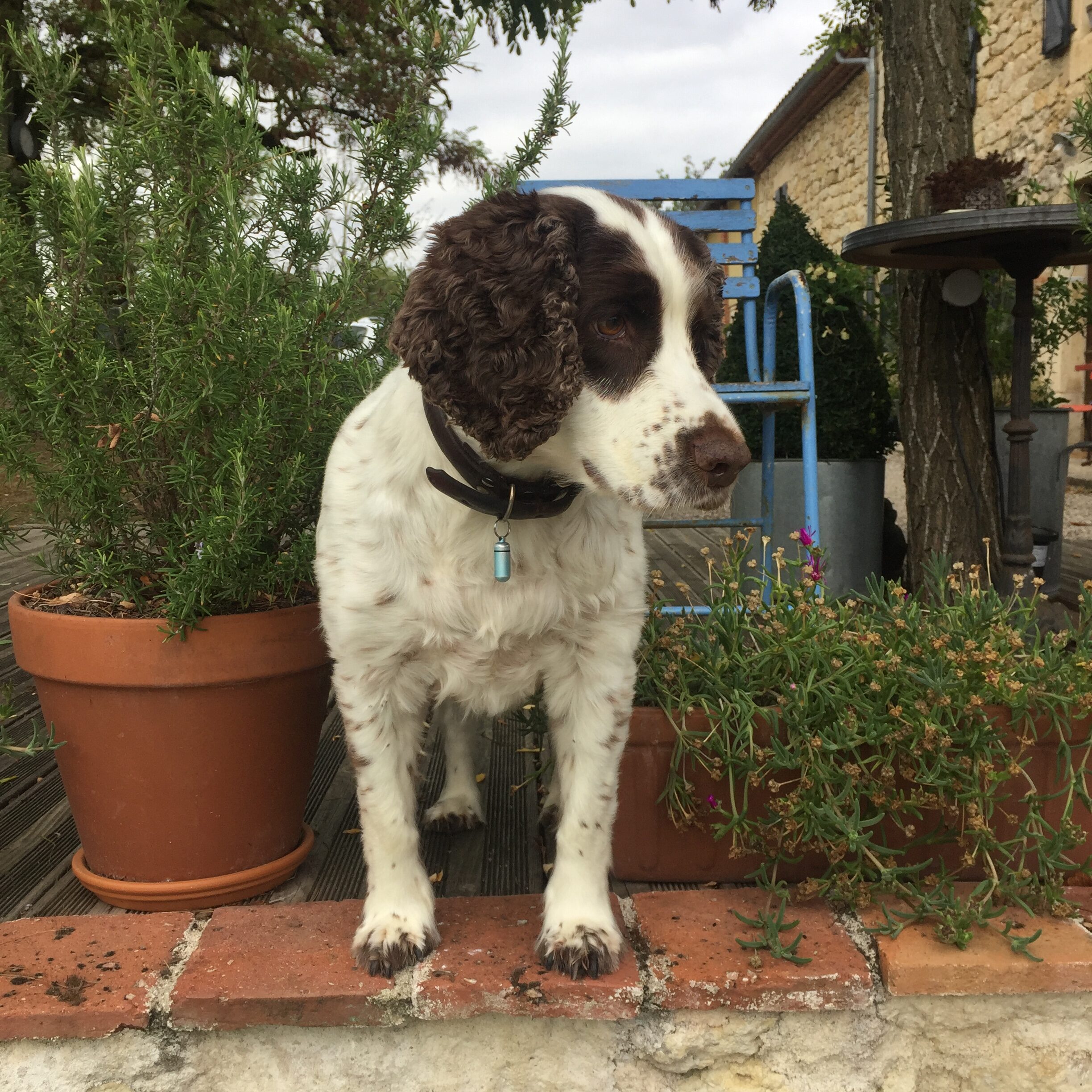 What are the challenges of being a full-time house sitter?

As you may have thought, full-time sitting isn’t for the faint of heart. It can be lonely, as you’re usually living in places where you know no one, though I sometimes deliberately choose sits near friends. But if, like me, you’re a sociable introvert with work that requires a lot of alone time, and believe that “just popping in” should be made unlawful, it can be the perfect fit.

If you feel smothered by possessions, it can be a joy to own only what you need, love, and can carry. I haven’t even needed a car so far, though owners sometimes leave one for you to use, if you drop them at the airport and pick them up. Friends quickly learn to give you small or digital presents.

It requires strong nerves, too, to choose and apply for sits, have video calls with complete strangers in the hope that they’ll choose you and you’ll like them, travel to them, sometimes stay with them a night or two before they go, and be constantly searching for more sits for the future – fitting their start and end dates together like an existential jigsaw puzzle.

I try to have no gaps, but fill the inevitable occasional ones with hotel stays or visits to friends, and those are my “other” true holidays.

Covid-19 has of course diminished the number of available sits. Not a problem for occasional, part-time sitters with their own homes to lock down in. But full-time sitters like myself have had to search fewer sits, apply for more, and feel like we’re playing a game of musical chairs, some pleading for a place on house sitting Facebook groups.

Aside from one Paris cancellation the night before it was to start, as the owner had a positive test, I’ve actually had little difficulty; people have still needed to travel. (Dear friends offered a bed until I found a replacement, a week later. Even couchsurfing, or being a “tumbleweed” at the Shakespeare and Company bookshop, are off the menu in a pandemic).

How has Brexit changed the house sitting experience?

After my first year of sitting, I balked at renewing with TH because they withheld the references I’d earned as a paying member, which I felt was unfair. But I’ve recently rejoined because Brexit has forced me to remain in the UK for the time being – this is because British passport holders can only stay in Europe for 90 days out of every 180 days now, reducing the countries I can choose from.

Unless I want to sit much further afield, which is less possible and desirable for both health and environmental reasons now, it’s mostly the UK for me, with shorter sits, more frequent moves, higher travel costs.

As my pile of glowing references has grown higher, my desire to keep living like this has diminished bit by bit. It’s becoming ever harder to resist buying books and cushions, packing and unpacking are wearing thin, and the inherent instability of this way of life doesn’t always feel comfortable in an increasingly unstable world. But I’ll always sit, for the right people in the right place. In the meantime, there are other alternative lifestyles to explore. Next stop: housing co-operatives?

Editor’s note: Since this story was published, it has come to light that in some countries, housesitting by foreigners without an appropriate visa is illegal. In the case of Australian tourist Madolline Gourley, she was denied entry by US immigration when she revealed she would be housesitting. With this in mind, it is important to do your research first.