Described as “lightweight, highly mobile, minimalistic and innovative,” the new Boeing Blue spacesuit has been designed for crew members to wear aboard the CST-100 Starliner, which is set to make low-Earth orbit flights and travel to the International Space Station in early 2018.

Weighing 20 pounds, the suit is ten pounds lighter than its predecessor, allowing extra movement within the shoulder and arm joints, creating less pressure on the body during launch and landing procedures. It is not for use outside the vehicle as won’t shield them from solar radiation or micro meteoroids.

Designed by David Clark Co, it is a more simplified and stylish take on the bulky “orange pumpkin suits” worn by astronauts on the Space Shuttle. “The most important part is that the suit will keep you alive,” says astronaut Eric Boe. “It is a lot lighter, more form-fitting and it’s simpler, which is always a good thing. Complicated systems have more ways they can break, so simple is better on something like this.”

The Boeing Blue spacesuit will feature maximised comfort and digital advantages adapted for 21st-century astronauts. The helmet and visor are attached to the onesie by a zip lining, complete with a comfy headset for communication. Boeing says: “The suit’s hood-like soft helmet sports a wide polycarbonate visor to give Starliner passengers better peripheral vision throughout their ride to and from space.”

Vents help cool the person inside, as well as pressurise the suit when required. Touchscreen leather gloves will work on smart-screens and tablets built into the spacecraft, whilst storage pockets attached to the legs provide quick access to a survival kit and personal items. What’s really trendy, though, is the lightweight, integrated footwear designed by Reebok. The boots are breathable and slip-resistant. 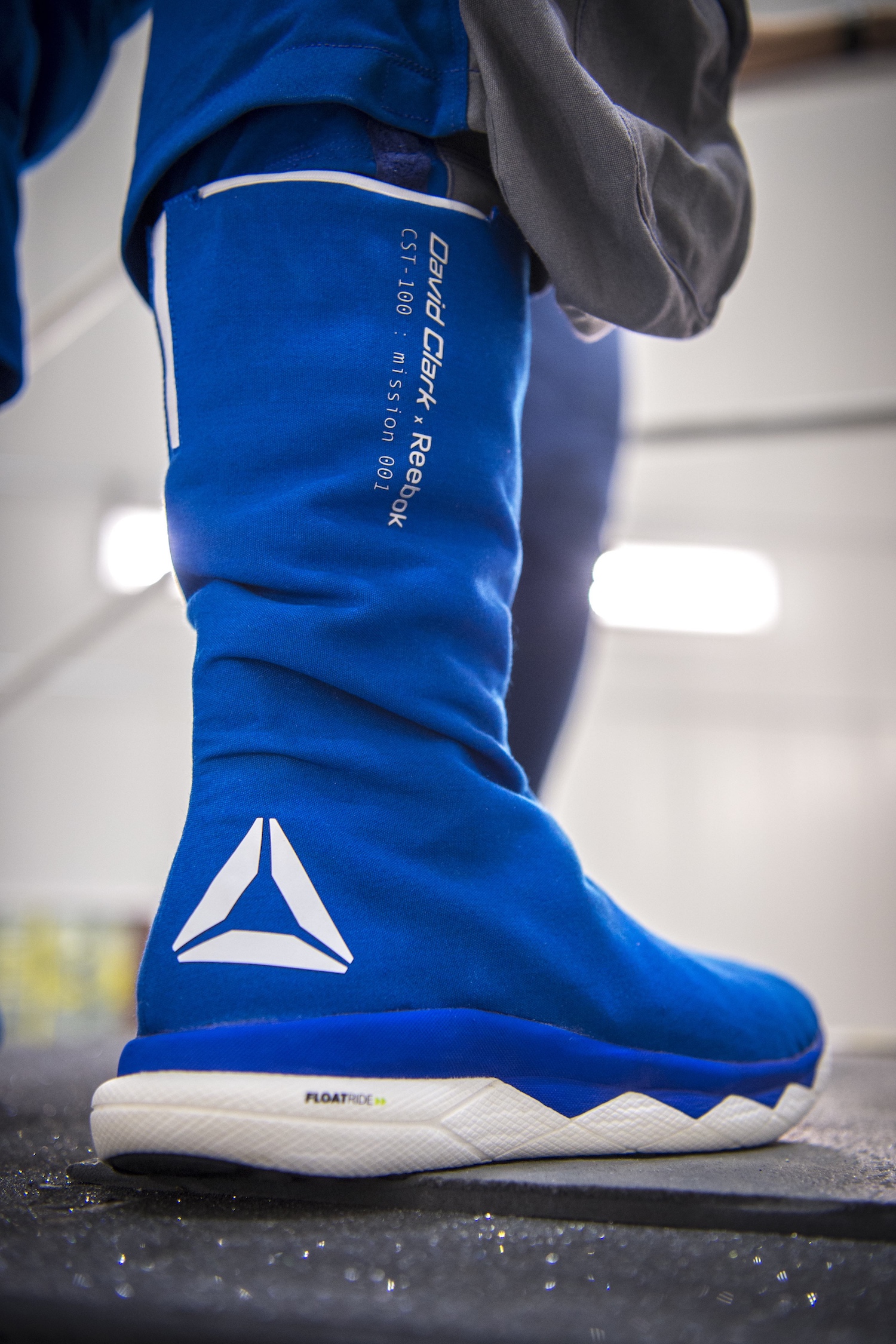 The Boeing Blue has been approved by veteran astronaut Chris Ferguson. He says: “Spacesuits have come in different sizes and shapes and designs, and I think this fits the Boeing vehicle.”

Richard Watson, subsystem manager for spacesuits for NASA’s commercial crew program, says: “The spacesuit acts as the emergency backup to the spacecraft’s redundant life support systems. If everything goes perfectly on a mission, then you don’t need a spacesuit. It’s like having a fire extinguisher close by in the cockpit. You need it to be effective if it is needed.”

In the future, the Boeing Blue could be adopted for use in the emerging space tourism industry. Several companies such as Virgin Galactic and Blue Origin are currently building spacecraft and carrying out test flights in the hope of providing sub-orbital tours to the general public as early as 2018.

Meanwhile, Elon Musk founder of Space X, announced last year that he had hired  costume designer Jose Fernandez, who has worked on Batman v Superman, Iron Man, The Avengers and Tron: Legacy, to design spacesuits for his astronauts. Does this mean space tourists will look more like Hollywood superheroes? Globetrender hopes so.

“It’s pretty bad ass,” Fernandez said on Newsweek. “[Musk] kept saying, ‘Anyone looks better in a tux, no matter what size or shape they are,’ and when people put this space suit on, he wants them to look better than when they did without it, like a tux. You look heroic in it. It’s an iconic thing to be a part of.”