For the uninitiated, Bolivia’s Salar de Uyuni is the result of the drying up of a prehistoric lake more than 10,000 years ago, leaving behind a thick crust of salt in a striking hexagonal pattern.

At over 10,000 sq km, the salt flats are the largest in the world. They’re also reflective during the rainy season (November to April), making it especially popular amongst tourists and photographers in search of the perfect capture. This is because shallow pools of water accumulate on the surface, creating a vast “mirror” that makes for optical illusions aplenty.

It’s this otherworldly landscape that luxury tour operator Scott Dunn has managed to make even more appealing thanks to its new “Airstream Uyuni” glamping concept. 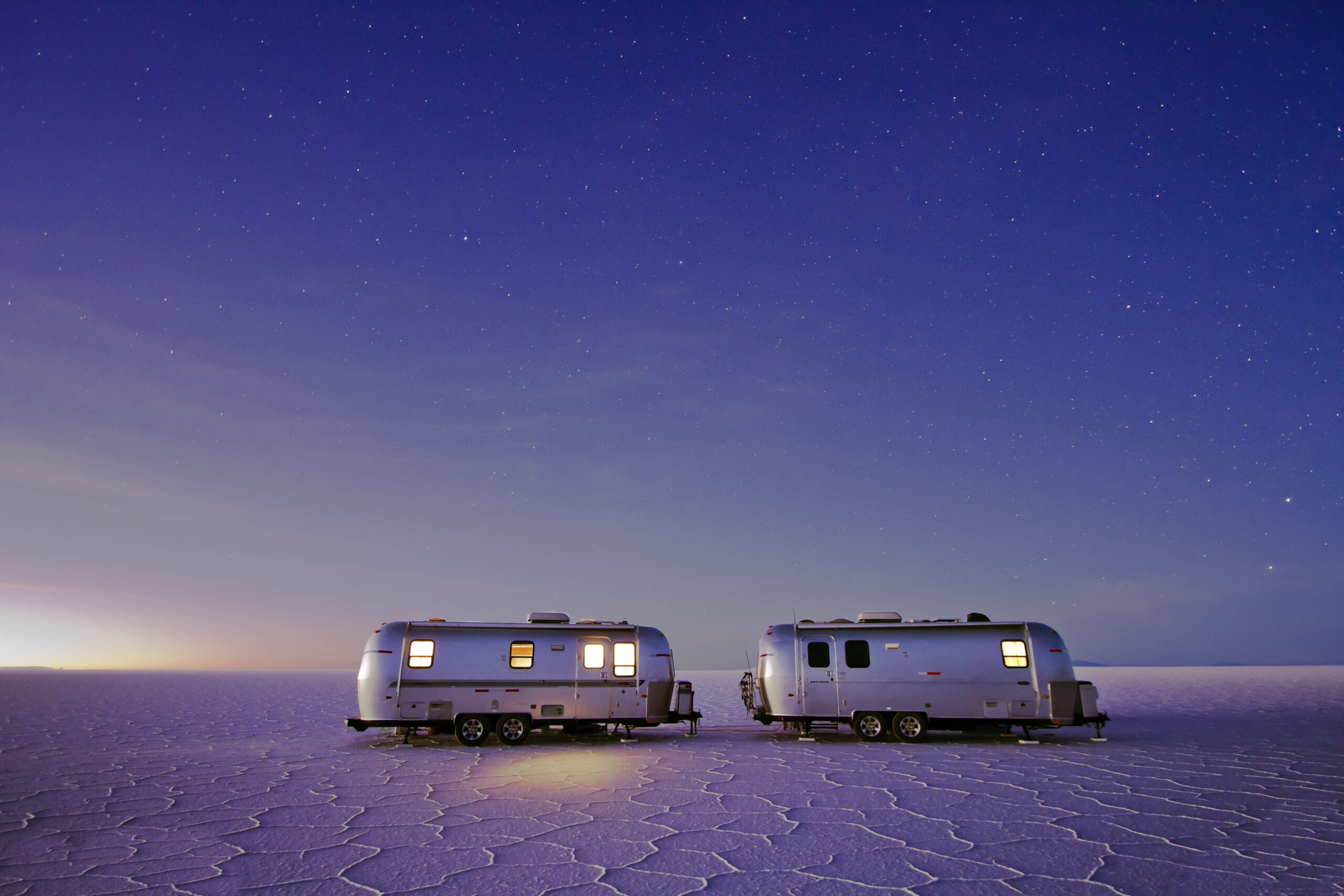 The offering – as its name suggests – allows guests to spend a night or two in a deluxe Airstream camper. Not only does the trailer sleep two (with the option of a third traveller on a sofa-bed), but the experience also includes a private guide, a driver and a chef.

As for creature comforts? A hot shower, heater and air conditioning are complemented by a fully stocked minibar.

The camper is towed behind a 4×4 and followed by the “teardrop”, a small supporting wagon that carries a kitchen and other necessities, vanishing after dinner along with the guide, driver and chef – all of whom stay nearby at the edge of the salt pan.

What guests are left with is a radio and satellite phone (in case of an emergency) and a bucket list-worthy sleeping arrangement. 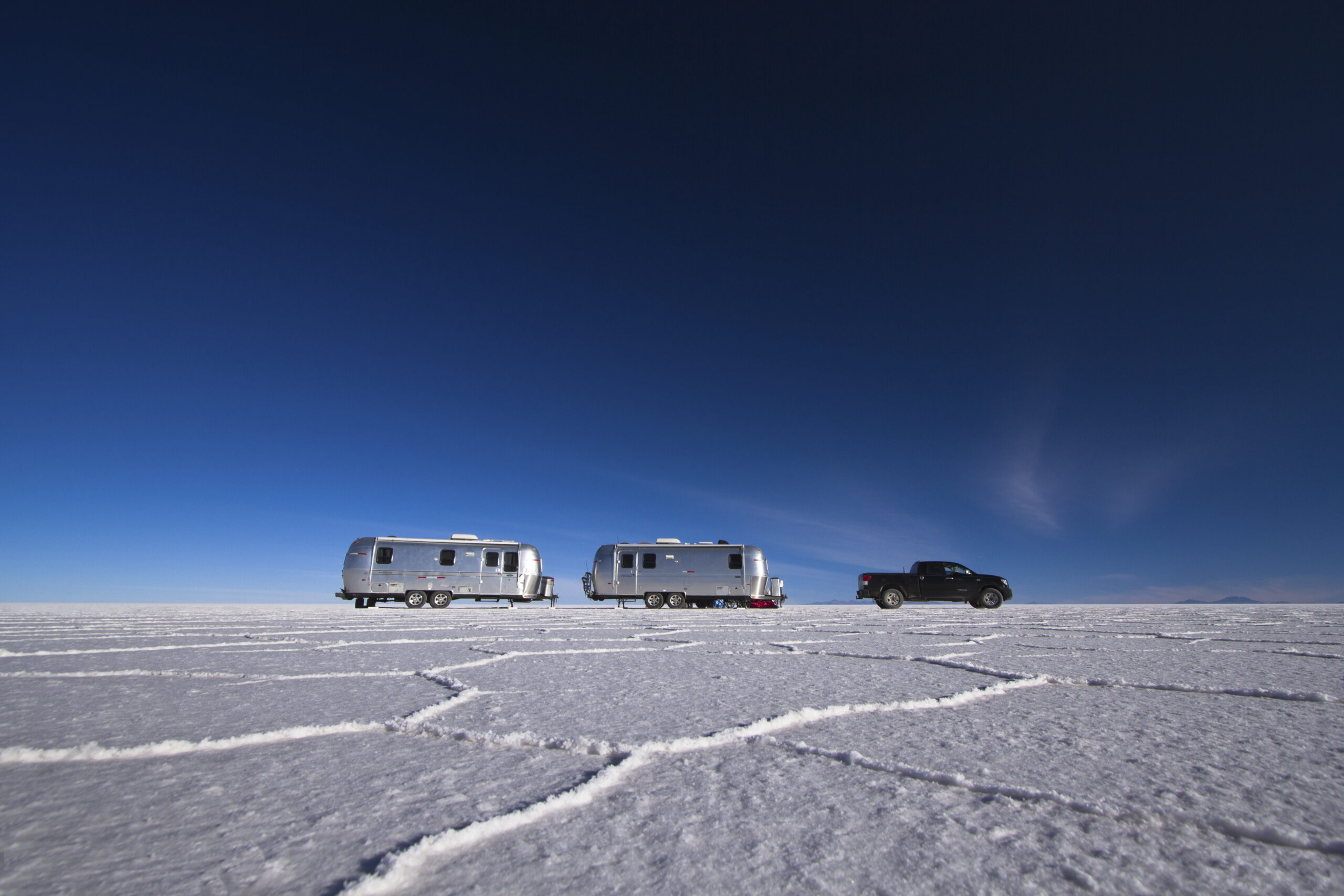 Other unique accommodation options in the area include Palacio de Sal and Luna Salada Hotel & Spa, both of which are made entirely of salt and therefore have a lifespan of only ten to 15 years, after which they have to be rebuilt.

But because seclusion ranks high in today’s socially distanced world, the flexibility of exploring the more remote (read: far from the crowds) parts of the salt pan on foot or by bike is an added bonus.

Meals served as part of the Aistream Uyuni package are simple and locally sourced, but certainly unforgettable. For starters, dinner might consist of a llama steak, washed down with red wine from the southern region of Tarija. 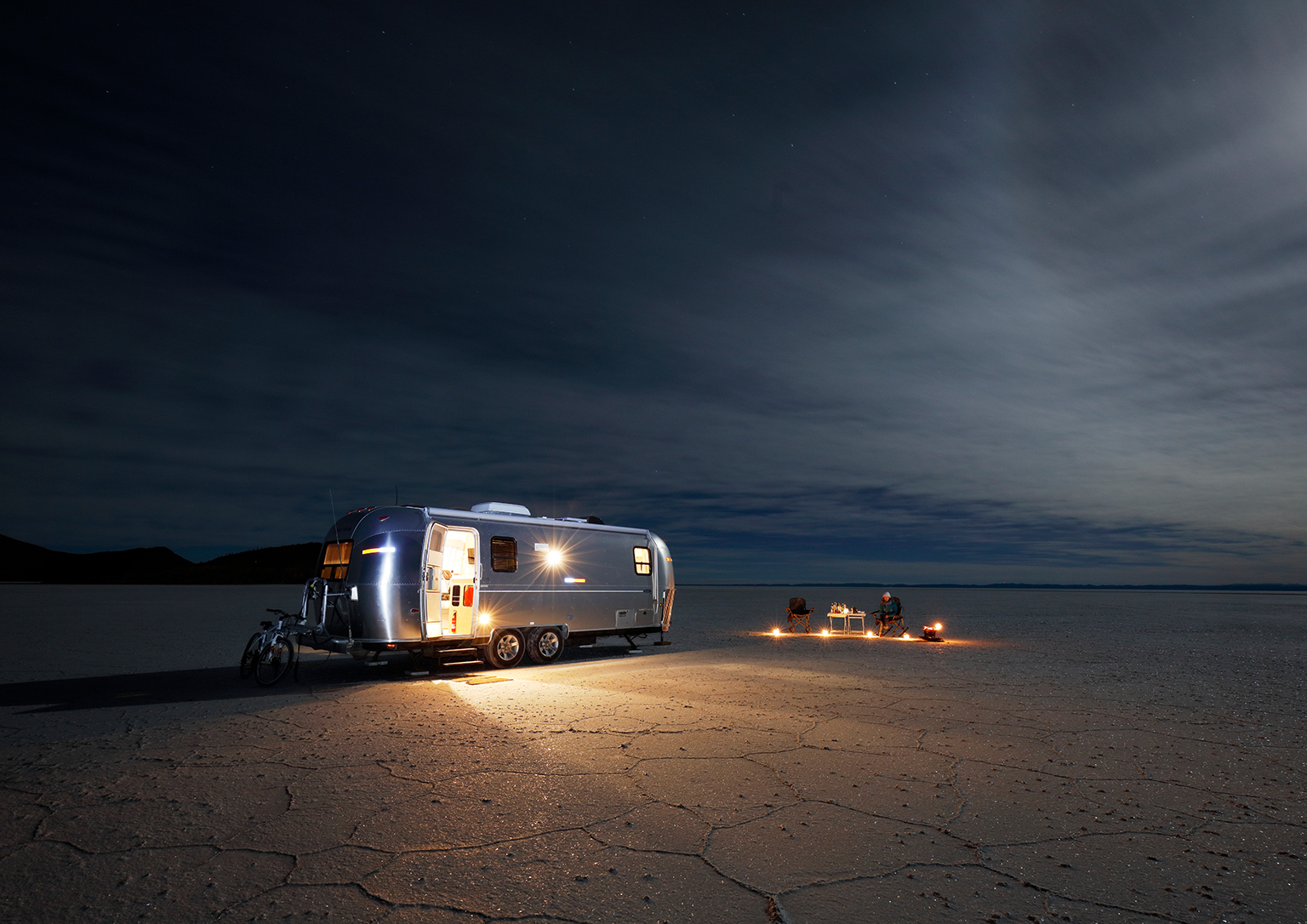 When it comes to activities, visiting local communities or climbing the volcanoes at its edges are just a few of the extras that can be arranged. Guests can also browse colonial-era churches and quinoa plantations, trek to 800-year-old Aymara fortresses, visit pre-Incan tombs, watch the low-flying flamingos as they come into the pan to breed, and spot llamas and alpacas.

Even vicuñas, now believed to be the wild ancestors of domesticated alpacas, may make an appearance. Come nighttime, a telescope allows one to shift focus, taking in the blanket of stars overhead.

If you’re a photography enthusiast, the experts at Scott Dunn suggest bringing a tripod along – the possibilities with interval shooting alone are endless.