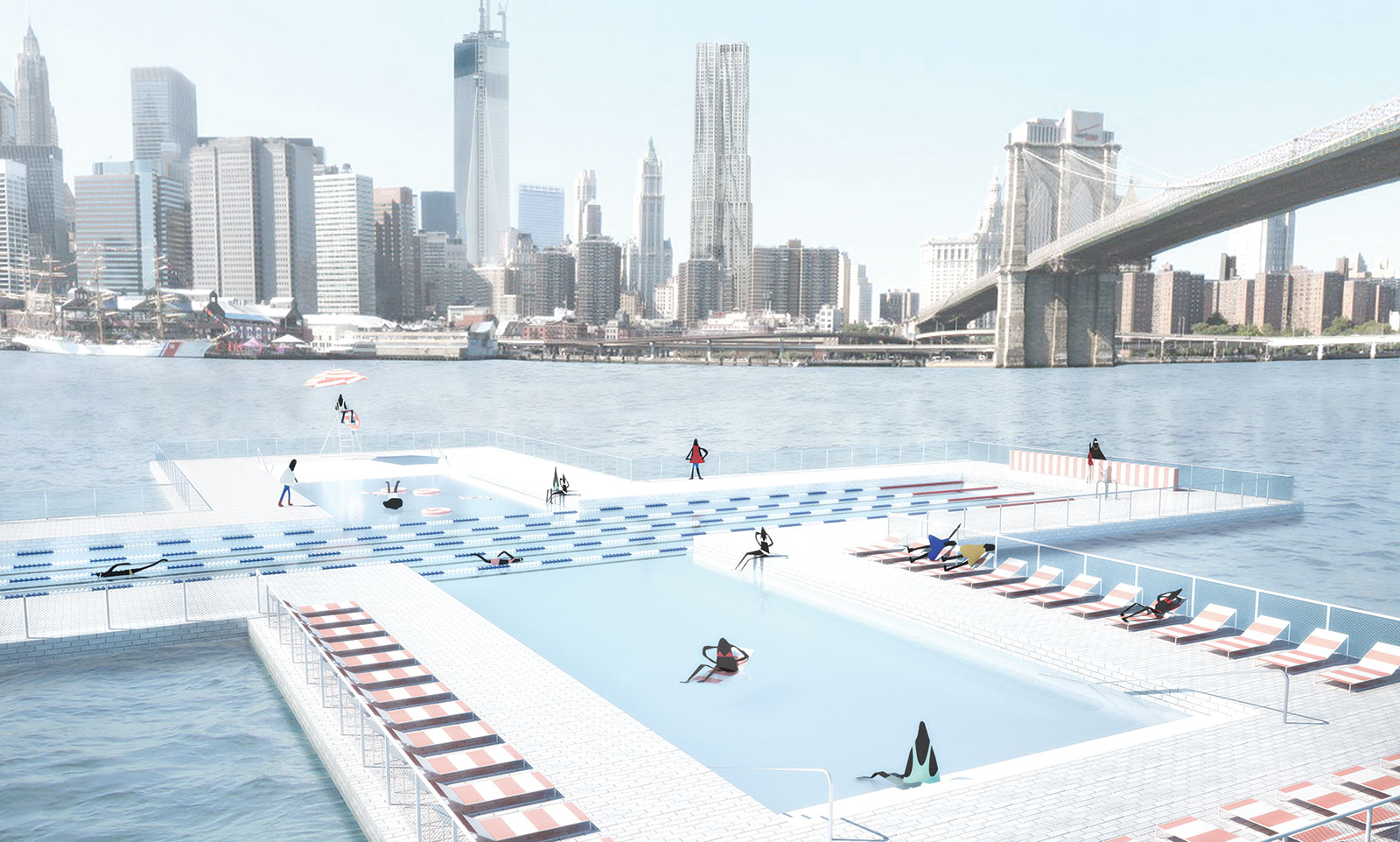 Designed to filter the water of New York’s East River, the Plus Pool will make it safe to take a dip in the Big Apple’s waterways. Rose Dykins reports

For the first time in decades, New Yorkers could be able to swim in the city’s East River, thanks to the proposed development of the Plus Pool (or “+Pool” as it’s also styled) by Los Angeles-based creative practice, PlayLab.

Shaped like a giant plus sign, the Plus Pool is a floating pool with walls that act as filters – like a giant strainer – making the river’s water clean enough to swim in. The team behind Plus Pool says it can clean more than 600,000 gallons of water per day.

Testing of the project has been initially be approved by New York’s authorities for a site in lower Manhattan, and will be a welcome spot to cool off in the summer city heat. The design of Plus Pool includes sections for swimming lengths, water polo and children. 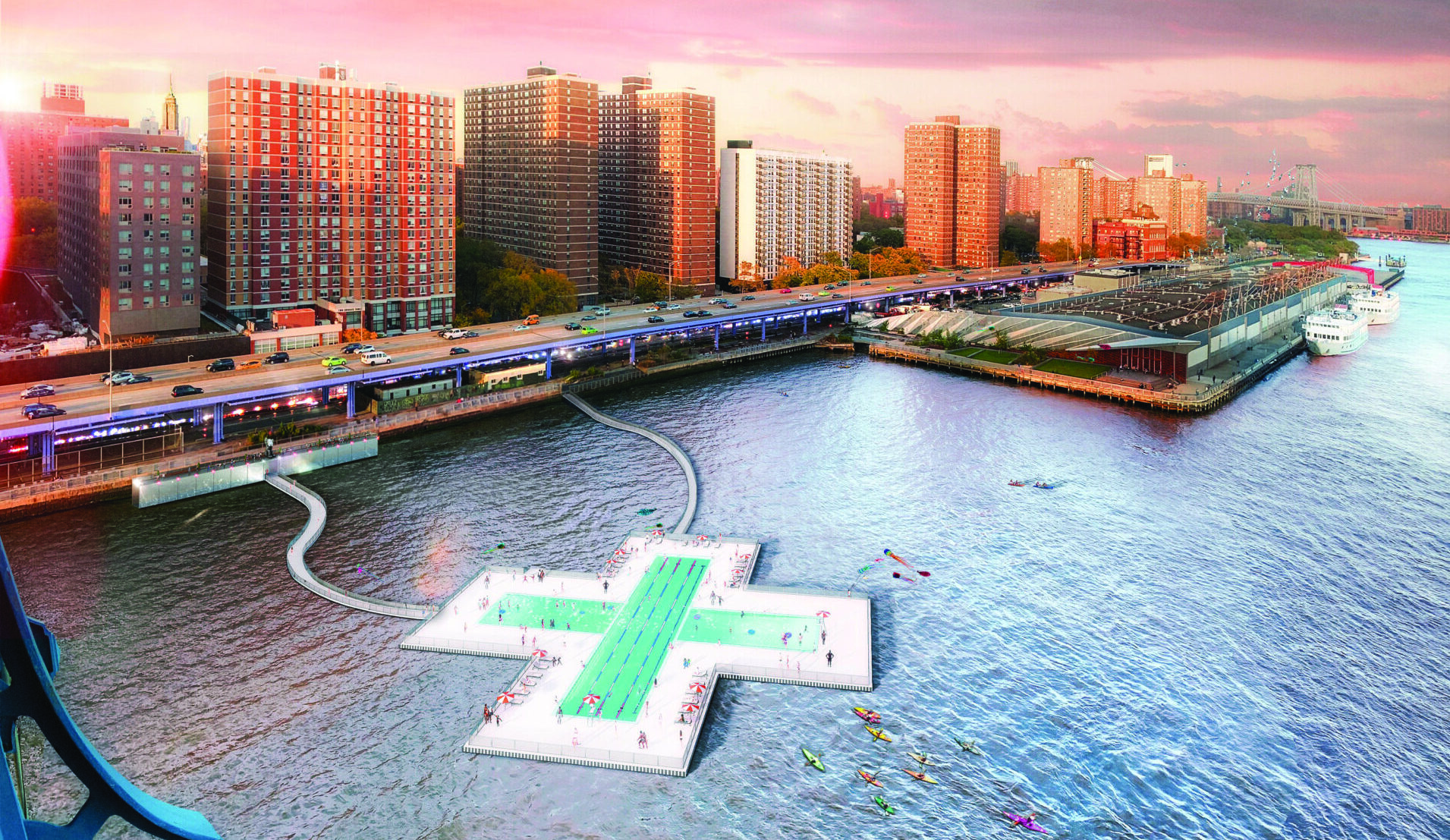 The team behind the Plus Pool wanted to offer New York’s residents a new view of the city from the water, by cleaning a small section of it.

During the late 19th century, New York City had swimming baths built in barges left in the waters of the Hudson. These were closed during the 1920s as the water became more polluted and boat traffic increased. 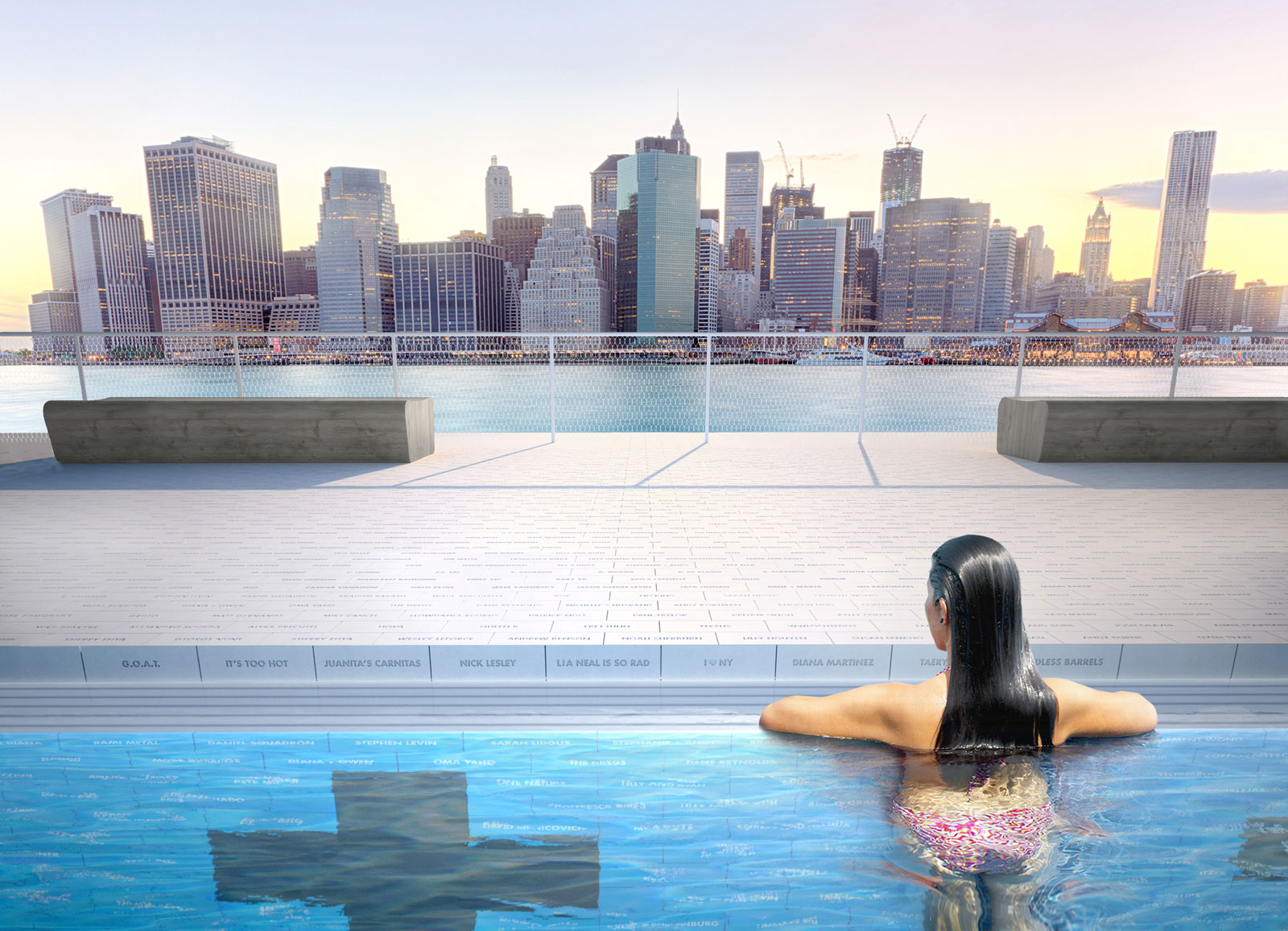 In 1972, the introduction of the city’s Clean Water Act marked an effort to clean up New York’s rivers but, despite this, the city still has a permit to release billions of gallons of sewage into its waterways via sewers and storm drains.

In May, New York also gained Little Island – a free public park that extends outward into the Hudson river from 13th Street in Greenwich Village. 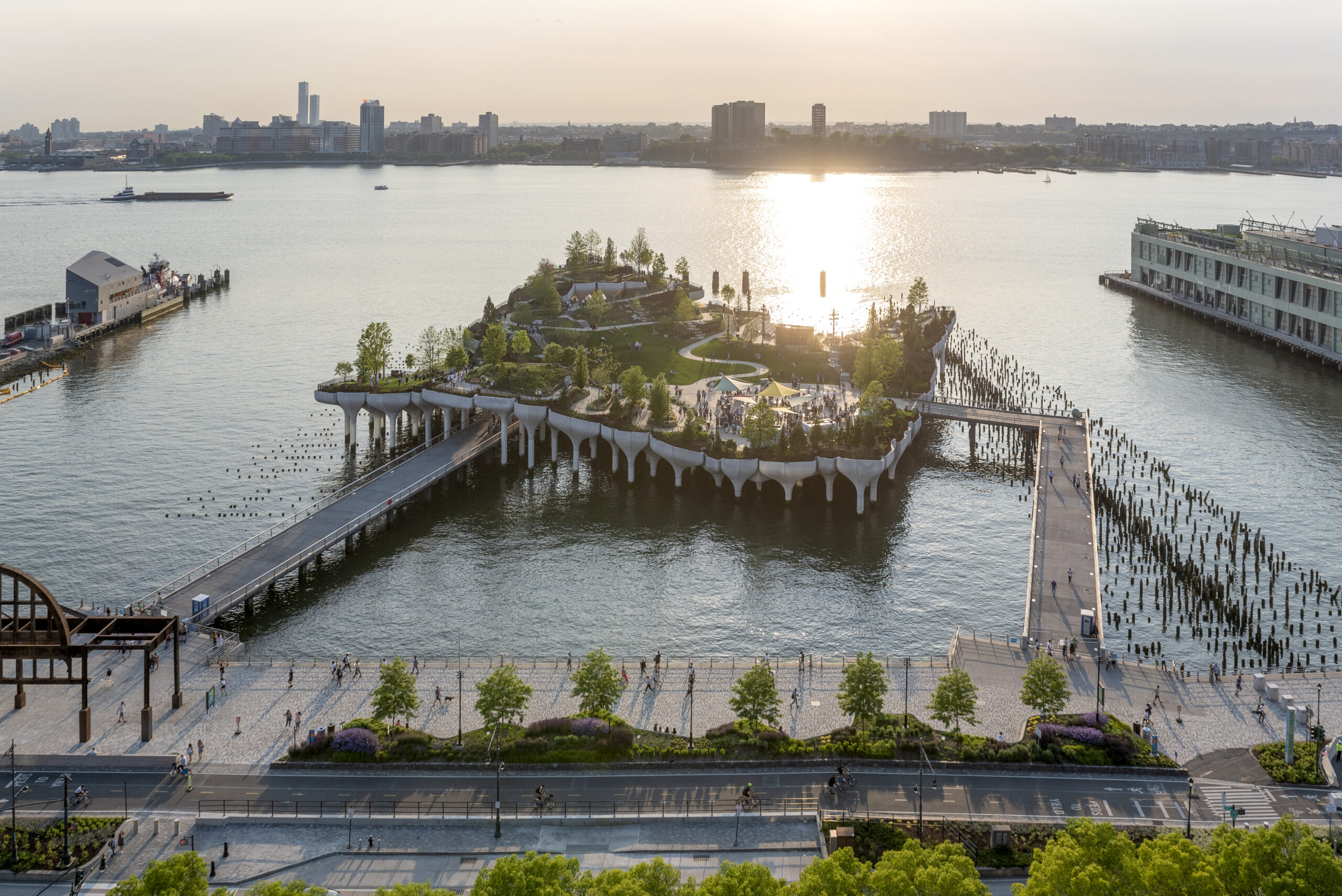 Designed by Heatherwick Studio, the £260 million project comprises a green space floating in the Hudson River, designed to be both a public park and an outdoor performance venue. It comprises 132 “structural pots” protruding from the water, creating the foundations for the park’s plantlife. 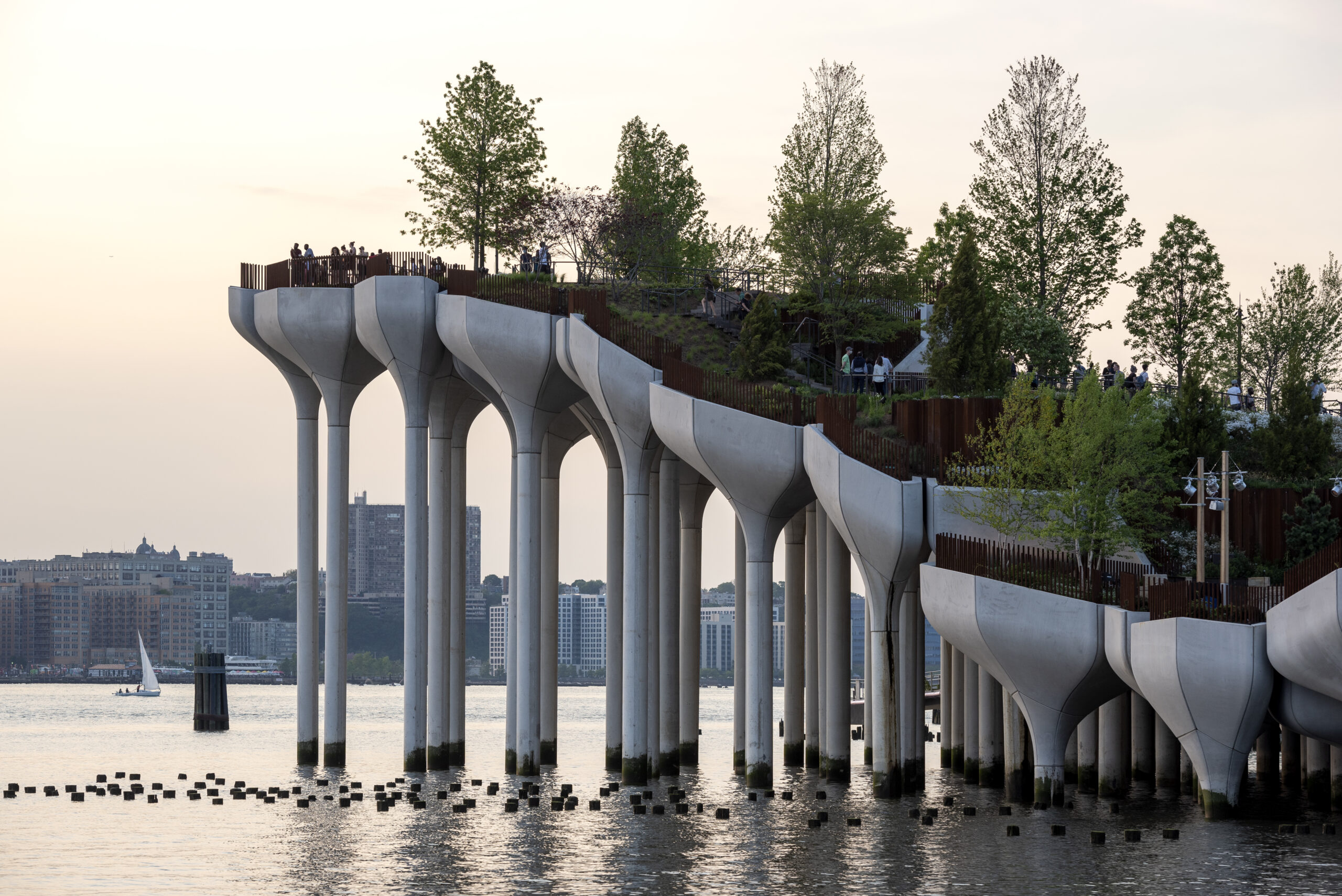 Around 4oo species of plants – including 100 species of indigenous trees suitable for New York’s extreme climate – will be planted on Little Island, along with an outdoor theatre for 700 people and a main space that can hold 3,500 visitors. 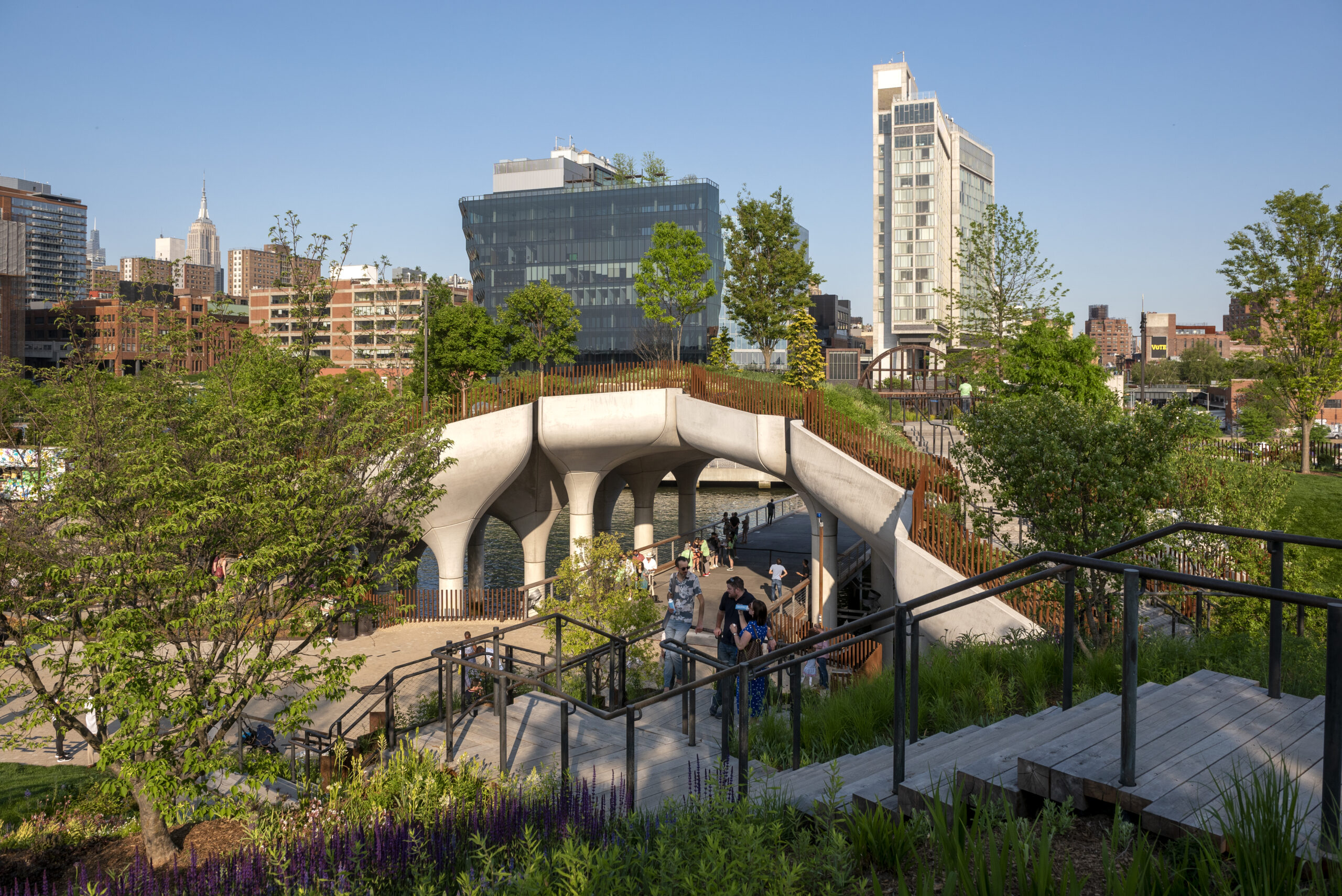 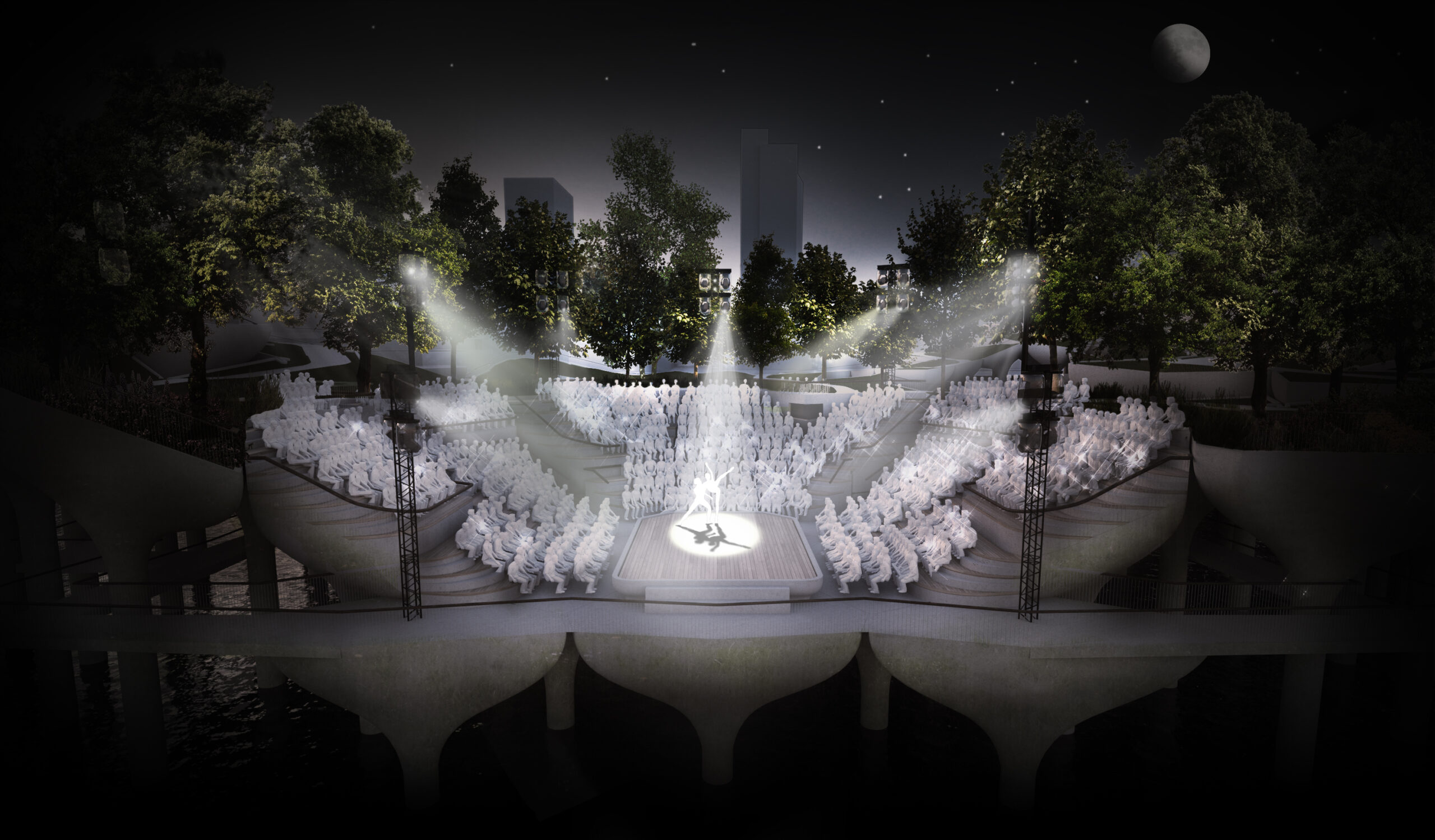 These New York projects exemplify how cities are attempting to maximise their outdoor space and attractions to help people visit them more safely during the pandemic.

For example, Copenhagen is building a “Parkipelago” of floating islands to bring more public space to the city. These islands can be combined to create event space, or float on their own so people can swim or sail up to them and have picnics.