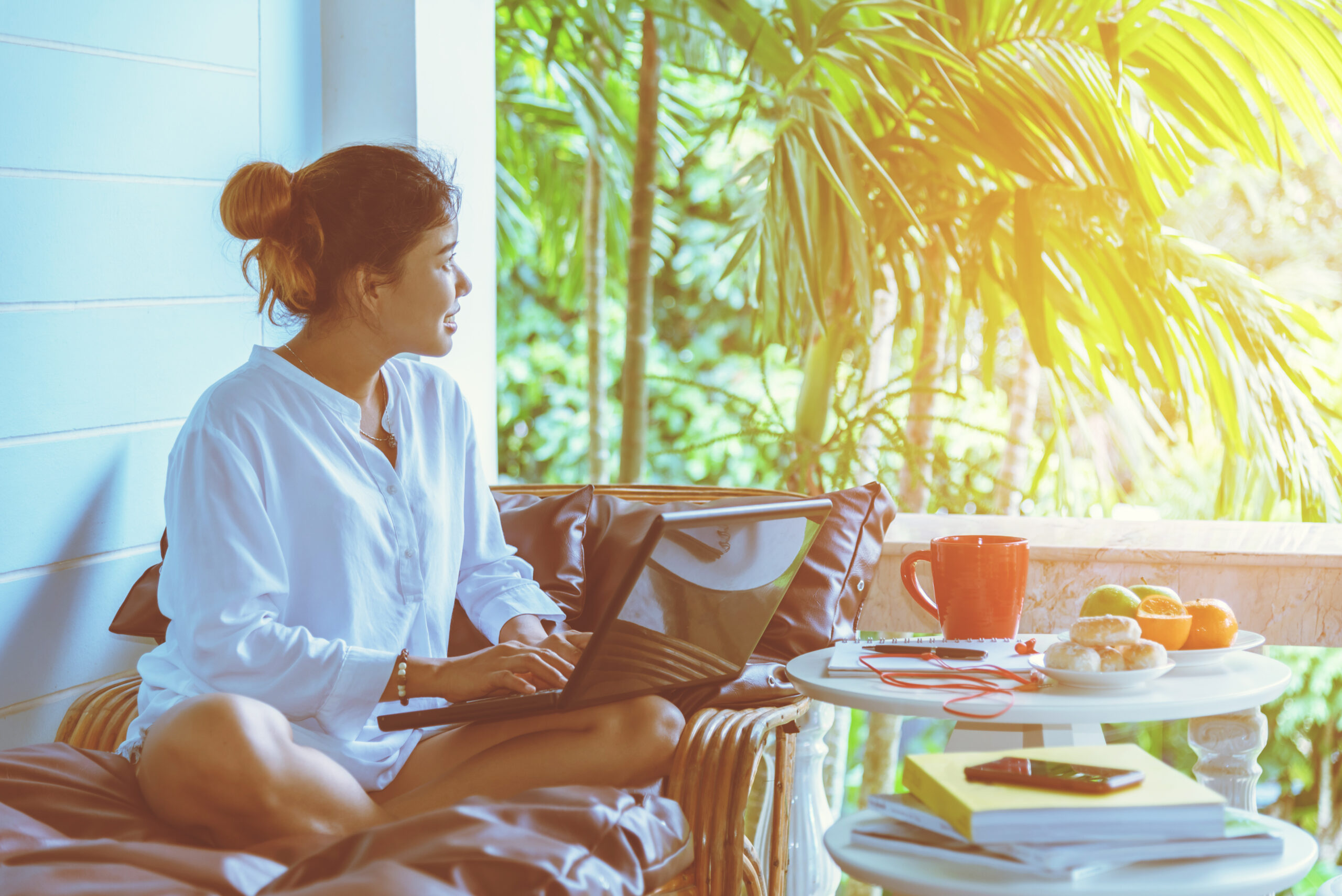 The future of remote working is from non-urban locations

The ‘working from home’ trend is leading to an exodus of professionals from cities to more rural locations, where they can save more money, do less commuting and enjoy better mental health. Georgi Todorov reports

It’s no secret that Covid-19 has dramatically changed the working landscape. Pre-pandemic, one in six Americans worked from home five days a week. Over the past year, this proportion rose to almost half. And this is no fleeting trend.

Indeed, one-quarter of US companies that weren’t remote prior to March 2020 say they’re planning to move at least 10 per cent of their office-based staff into permanent remote positions once the pandemic is behind us.

Meanwhile, almost every one of 50 of the UK’s biggest employers surveyed by the BBC say they’re not planning to bring staff back on a full-time basis.

That’s prompted a lot of workers to ask themselves an important question: Why should I carry on living in a city if I don’t need to be in the office?

Plenty have already decided that urban life no longer appeals. In June and July 2020, UK property website Rightmove saw a 126 per cent year-on-year increase in enquiries about buying a home in a village, with the biggest uplifts coming from people living in Liverpool, Edinburgh, Birmingham, and London.

What’s more, a November 2020 survey from engineering firm Arup found that more than 40 per cent of residents in large European cities had considered moving away due to coronavirus.

In short, the pandemic has made life close to nature more accessible for office-based workers and more desirable for families (and anyone else looking to escape the stressful city life).

Is moving out of cities a new trend?

Not at all. For years now, a growing number of so-called “digital nomads” – remote workers who regularly travel to different locations – have been working from non-urban areas, joining co-living and co-working spaces, and taking “workations” away from their normal place of work.

In turn, that’s led to the launch of dedicated rural and coastal hubs (look at Bali, for example) catered to digital workers, offering a vibrant sense of community and regular cultural events.

In Germany, digital nomads and small remote teams can take a workation retreat at Coconat. Located in the small Brandenburg village of Klein Glien, it describes itself as a “space for anyone to be inspired, concentrate, work, and play in the countryside”.

And in Estonia, iLand – the country’s first rural co-working and co-living space, based on the Baltic Sea island of Saaremaa – says it offers a haven for freelancers, entrepreneurs, teams,  digital nomads, and anyone else seeking “inspiration, new ideas, and contacts”.

So this is nothing new; these places already existed.

But the pandemic has made working from home more widespread, and more appealing. Across the UK, more than one-quarter of urban residents who’ve found themselves working remotely since the outbreak began say they don’t want to head back to the office.

That’s led to an increase in the number of people flocking to smaller towns and villages – and that number doesn’t look like dropping any time soon.

Ee can safely say a lot of people are eager to leave the big city life behind. But why, specifically, does remote working appear to be a long-term trend rather than a short-term solution to a global pandemic?

What’s in it for the businesses that permanently shift toward remote or hybrid working models? Why’s it so appealing to the workers themselves? And why are they escaping to the countryside in their droves?

From a business perspective, the benefits are pretty clear. With fewer people working on-site, there’s an opportunity to save big money by getting rid of unneeded office space.

That can make a huge difference to a company’s bottom line, particularly for those based in major cities. In the first quarter of 2020, office rents in London’s West End averaged an eye-watering £112.50 per square foot – money that could be better spent elsewhere (or saved).

Overall, 51 per cent of remote workers see more productivity and efficiency in their workdays, while just 9 per cent say their productivity levels were much higher while working from the office.

No doubt some of those who became remote employees for the first time during the pandemic are itching to get back to the office. But overall, remote life appears to offer a wide range of benefits to workers.

About 40 per cent of people say the top three benefits to working from home are:

Whereas younger demographics say enjoying more family time is a huge benefit of working remotely, 29 per cent of Baby Boomers who work from home agree that ditching the daily commute is the biggest perk.

It’s important to note at this point that not everyone moving away from urban areas is doing so permanently. While some are buying property in the countryside, others are planning shorter-term rural escapes, perhaps just for a few weeks at a time.

Either way, they’re doing so for a reason – or, more likely, for several reasons. For starters, there’s quantitative evidence that rural locations are better off than their urban counterparts on measures like crime.

What’s more, numerous studies have shown the cost of living is cheaper in the countryside. One found that urban residents pay about 6 per cent more for a broad basket of goods and services, while another revealed that housing is about 30 per cent cheaper in rural areas.

Then there’s the mental health consideration. According to the Centre for Urban Design and Mental Health, city living poses an almost 40 per cent higher risk of depression, leads to over 20 per cent more anxiety, and doubles the risk of schizophrenia. It’s also associated with greater feelings of loneliness, isolation and stress.

How businesses can leverage this trend

With so many compelling reasons for working remotely and getting away from the city, it’s no surprise businesses are already looking for ways to capitalise.

In February 2021, Europe’s first “digital nomad village” opened on the Portuguese island of Madeira, offering remote workers a free working space with a desk and chair, access to a dedicated Slack community, and free wifi from 8am-10pm every day.

But it’s not just about companies that are directly enabling the digital nomad life.

There’s also a big opportunity for eCommerce brands. As people move away from the convenience of urban centres, it stands to reason they’ll become increasingly reliant on online shopping. In fact, we can already see this happening, spurred in part by coronavirus:

There’s also an argument that, in an increasingly remote and rural world, experiential purchases will take precedence over physical possessions – simply because there’s less opportunity for social comparison.

What’s more, there’s little doubt that remote working makes it easier for businesses to access talent. That’s another key opportunity, particularly for employers that aren’t based in major cities.

As LinkedIn’s chief economist Karin Kimbrough explained to the BBC: “Companies may be able to source diverse talent more easily, especially from groups that are underrepresented in their area, or for skills that are locally less available, through remote-work options.”

Georgi Todorov is the SEO manager at Semrush, responsible for establishing new processes at the company. He loves travelling, watching online courses, reading books and listening to podcasts during his daily nature walks. Connect with him on Twitter and Linkedin.