Samsung has unveiled the latest version of its 5G-based Digital Cockpit, which turns a vehicle’s dashboard into a hybrid home entertainment-office. The Samsung “Digital Cockpit 2021” currently remains a concept at this point, but the aim is to inspire its production as part of future car models.

First developed as a partnership between Samsung Electronics and Harman International in 2018, the technology lets passengers connect their mobiles devices to Samsung DeX2 platform for vehicles. This enables two-way communication between a vehicle and customers’ devices – whether these devices are at their work or home, or with them in the passenger seat.

The Digital Cockpit 2021 features a 49-inch QLED display at the front of the car which, when set to default mode, rests behind the dashboard and displays useful information – such as maps for navigation, showing the vehicle’s speed and other settings. 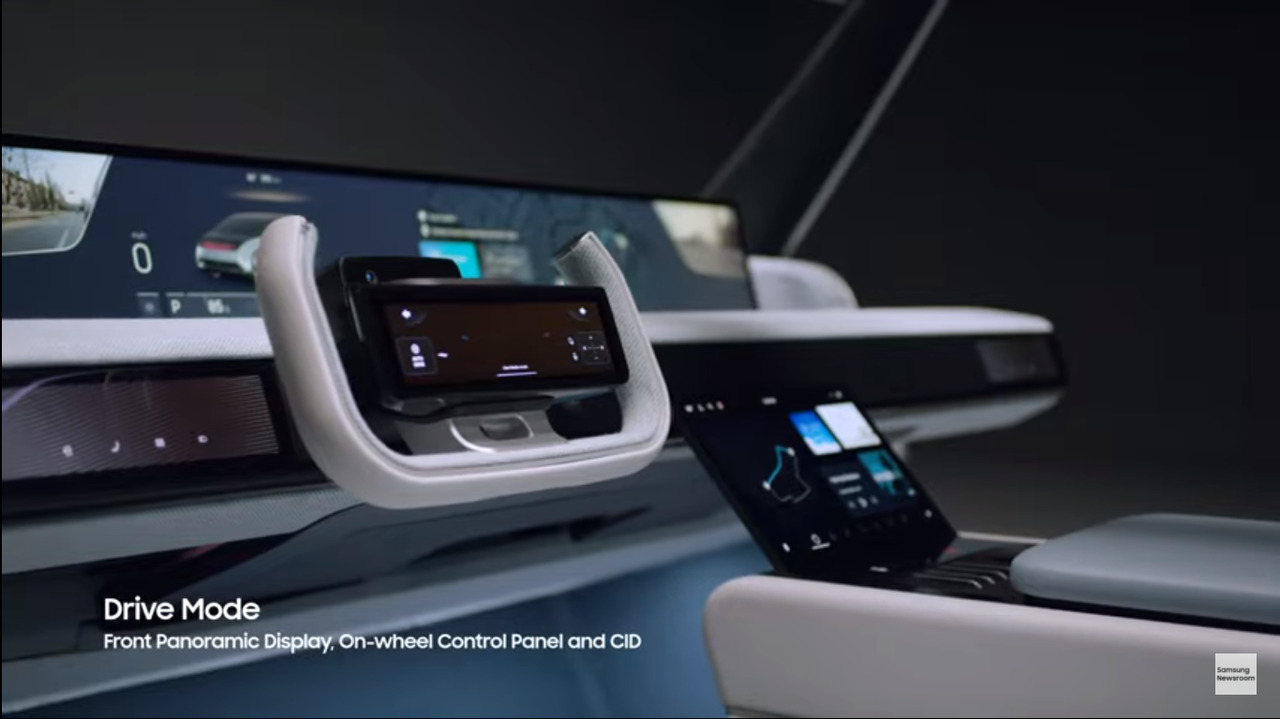 The steering wheel has an 8.8-inch touchscreen display that activates the car’s horn or indicators. Meanwhile, the yoke-inspired C-shaped tiller give a sporty, retro twist to the futuristic look and feel of the set up.

When parked, the Digital Cockpit 2021’s screen can be set to media mode. The dash panel slides away so the screen rises and rests in a more prominent position. 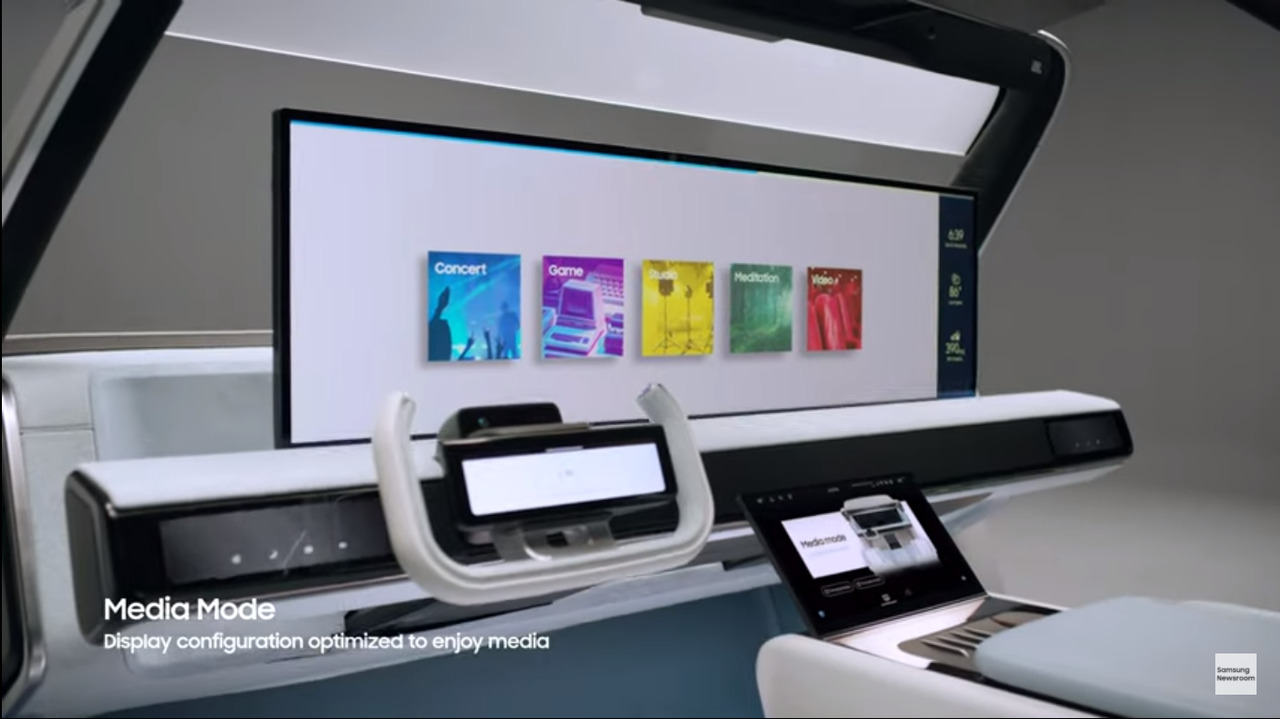 This effectively creates a digital entertainment or office set-up in the front seat. Drivers can park up and play games, make video calls, edit multimedia files or stream live concerts without leaving their car. 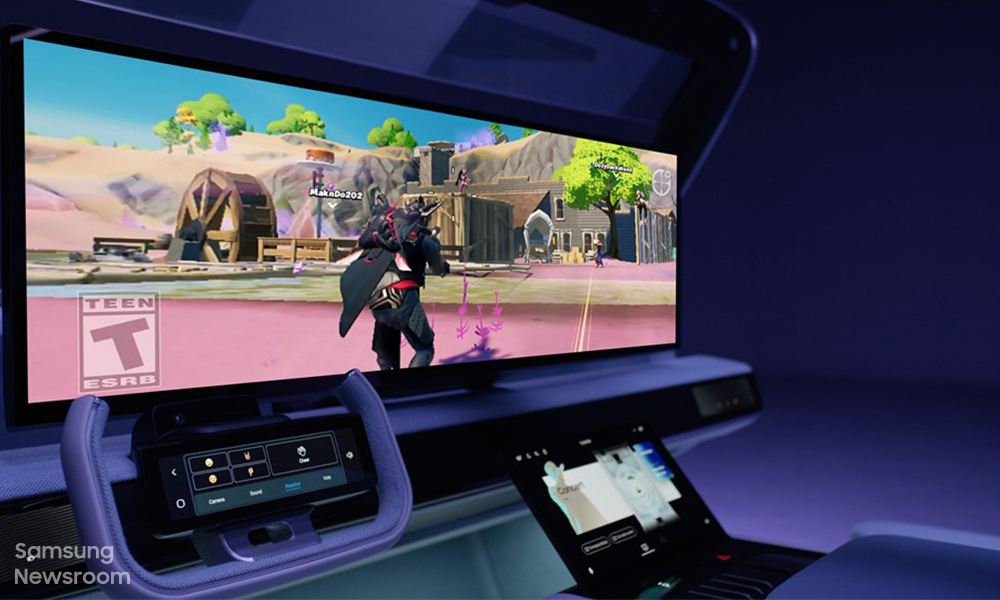 As well as the slick new moveable screen, Digital Cockpit 2021 incorporates Automotive Samsung Health, a system that analyses the driver’s wellbeing before they enter the vehicle through a combination of cameras and wearable mobile devices.

It can detect monitor stress levels and adjust the car’s features – such as its music, scent, and lighting – to help the driver feel calmer. The tech can analyse the driver’s eyelid movements  and sleeping patterns to prevent them from falling asleep at the wheel during a long journey.

For backseat passengers, a touch control pad on the central armrest enables them to control Digital Cockpit 2021 – and the buttons fade out of sight when they aren’t in use.

The Digital Cockpit offers several smart features to enhance safety on the road. For example, the system lets the driver communicate with pedestrians and vehicles with some cutting-edge audiovisual features. 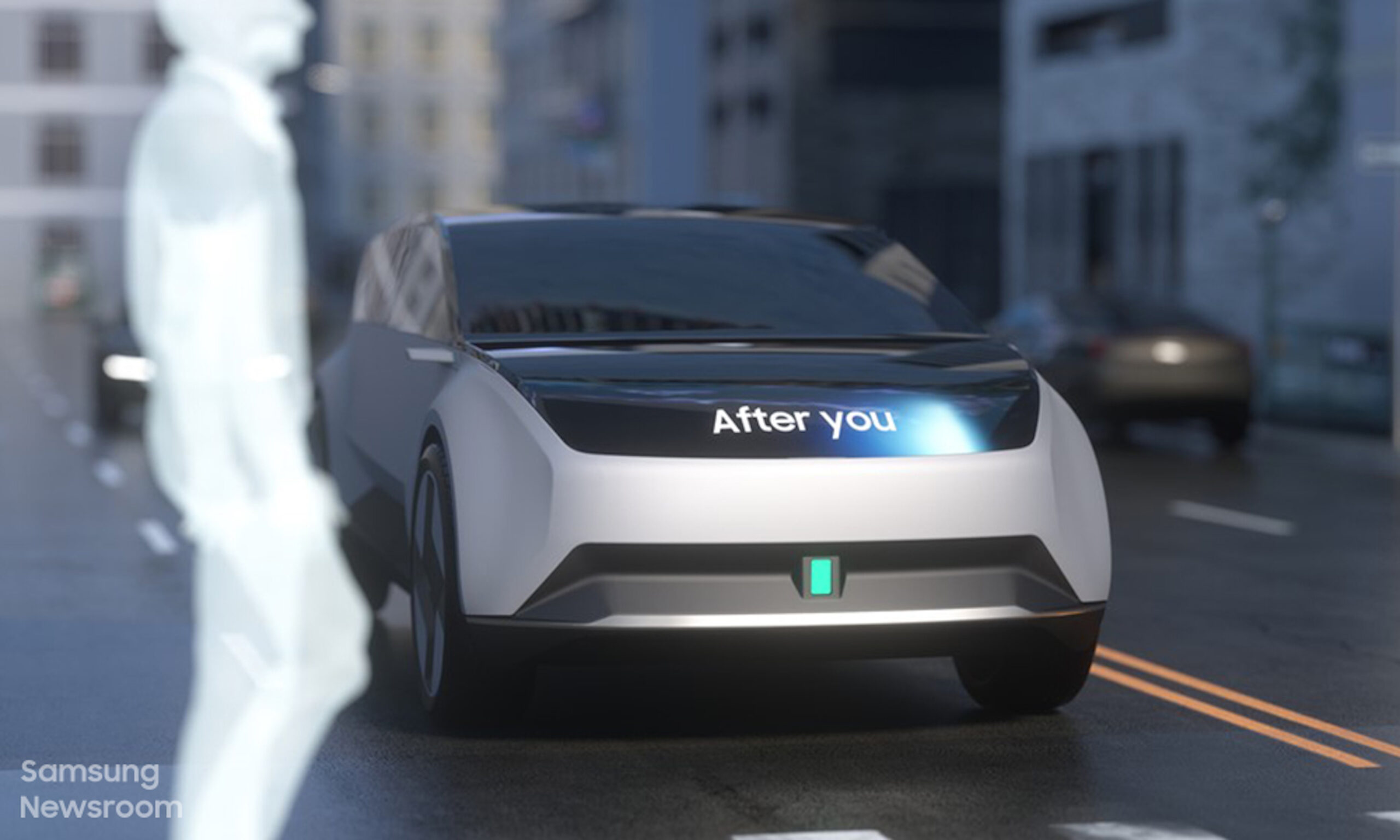 The car’s hood has an integrated screen that shows messages and alerts for pedestrains ahead. And its directional speaker is softer-sounding than traditional car horns, so that it grabs the attention passers-by, yet remains quiet enough so as not to disturb neighbours.

eDreams ODIGEO claims subscriptions are the future of travel

REVIEW: Decimo restaurant and Rooftop bar at the Standard