Following a difficult end to 2020, it comes as no surprise that global tourism encountered further setbacks at the beginning of the year as countries tightened travel restrictions in response to new virus outbreaks.

According to the latest edition of the UNWTO World Tourism Barometer, every region around the world continued to experience large drops in tourist arrivals in January 2021.

The report states: “Mandatory testing, quarantines, and in some cases the complete closure of borders, have all hindered the resumption of international travel. In addition, the speed and distribution of the vaccination roll-out have been slower than expected, further delaying the restart of tourism.”

The worst hit region is Asia-Pacific, which recorded the largest decrease in international arrivals in the first month of the year (-96 per cent compared to the same period in 2019) due to its high levels of travel restrictions still in place. 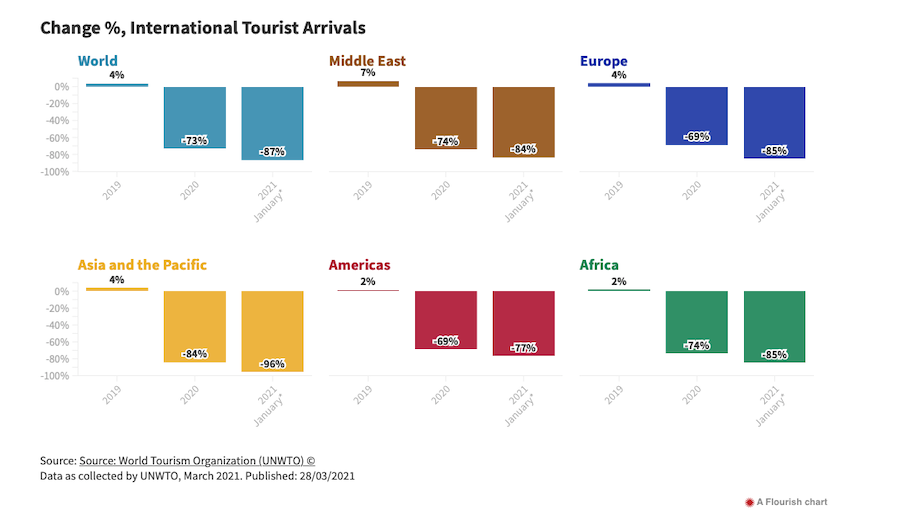 Europe and Africa both saw a decline of 85 per cent in arrivals, while the Middle East followed closely behind with a drop of 84 per cent. Meanwhile, the Americas saw a decrease of 77 per cent in spite of better results in the last quarter of 2020.

Based on current travel patterns, the UNWTO expects international tourist arrivals to be down about 85 per cent in the first quarter of 2021 compared to the same period of 2019. This would represent a loss of some 260 million international arrivals when compared to pre-pandemic levels.

Looking ahead, the UNWTO has outlined two scenarios for 2021, which consider a possible rebound in international travel in quarters three and four. 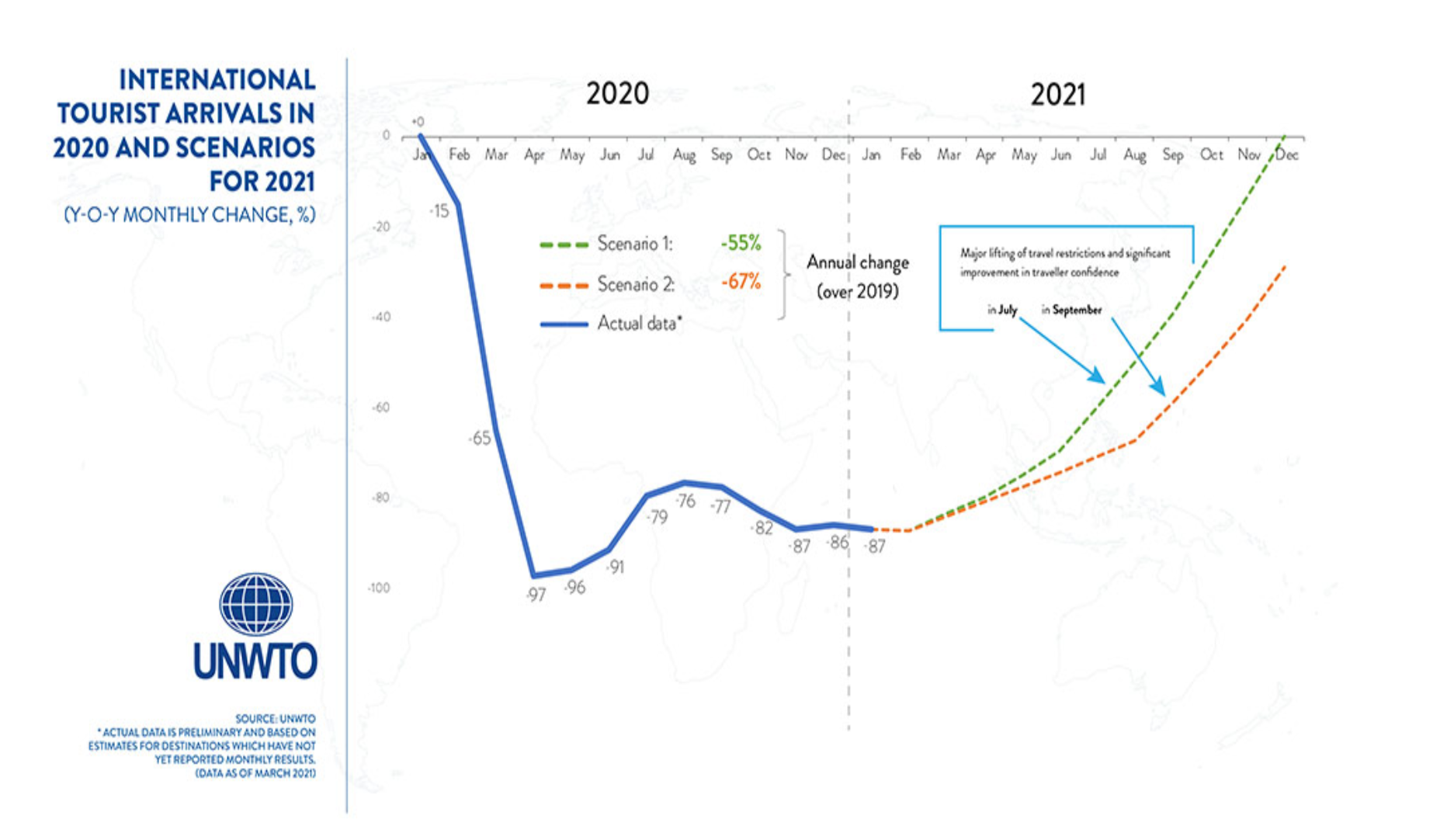 The first scenario points to a global uplift in travel during July, which would result in a 66 per cent increase in international arrivals for the year 2021 compared to the historic lows of 2020. In this case, arrivals would still be 55 per cent below the levels recorded in 2019.

The second scenario considers a potential rebound in September, leading to a 22 per cent increase in arrivals compared to last year, while still trailing 67 per cent below the levels of 2019.

These scenarios are based on a number of factors, “most notably a major lifting of travel restrictions, the success of vaccination programmes or the introduction of harmonized protocols such as the Digital Green Certificate planned by the European Commission,” says the report.

UNWTO secretary-general Zurab Pololikashvili, says: “2020 was the worst year on record for tourism. The international community needs to take strong and urgent action to ensure a brighter 2021. Many millions of livelihoods and businesses are depending on it.

“Improved coordination between countries and harmonized travel and health protocols are essential to restore confidence in tourism and allow international travel to resume safely ahead of the peak summer season in the northern hemisphere.”