From new airlines and next-gen planes, to passengers sharing cabins with cargo and an Aerial Silk Road, a new era of aerospace is dawning. Rose Dykins reports

Right now, most airlines have grounded between 80 per cent and 100 per cent of their global fleets. “This amounts to almost a full season of lost operations,” says Nick Careen, senior vice-president of IATA, speaking at Apex’s recent Flight Plan virtual conference. “There’s no parallel to draw from this in recent memory.”

One of the knock-on effects of this black-out season of commercial aviation will be the delivery of the latest, cutting edge aircraft.

Aerospace manufacturers have had to contend with cancelled orders and leases from airlines who can no longer afford them. Boeing and Airbus have downsized their global teams and cut their aircraft production for 2020 drastically, as spending money on new aircraft will be the least of airlines’ priorities as they battle to stay afloat.

So what does this mean for the next-generation, greener aircraft that were slated for delivery this year and are now left waiting in the wings? Will airlines every be able to re-invest in innovating their fleet? Will their arrival simply be delayed? Or, will old, inefficient planes be all that’s on offer for post Covid-19 travel?

After a troubled 2018 launch – resulting in two crashes for early adopters Lion Air and Ethiopian Air – Boeing’s relaunched B737 Max aircraft was due to return to the skies this year.

The fastest-selling plane in Boeing’s history, it promises next-level fuel efficiency and a coveted passenger experience, with modern spacious interiors. However, since the Covid-19 outbreak began, airlines have cancelled orders for 150 B737 Max jets so far, and Boeing has halted production of its newest model for the rest of 2020. 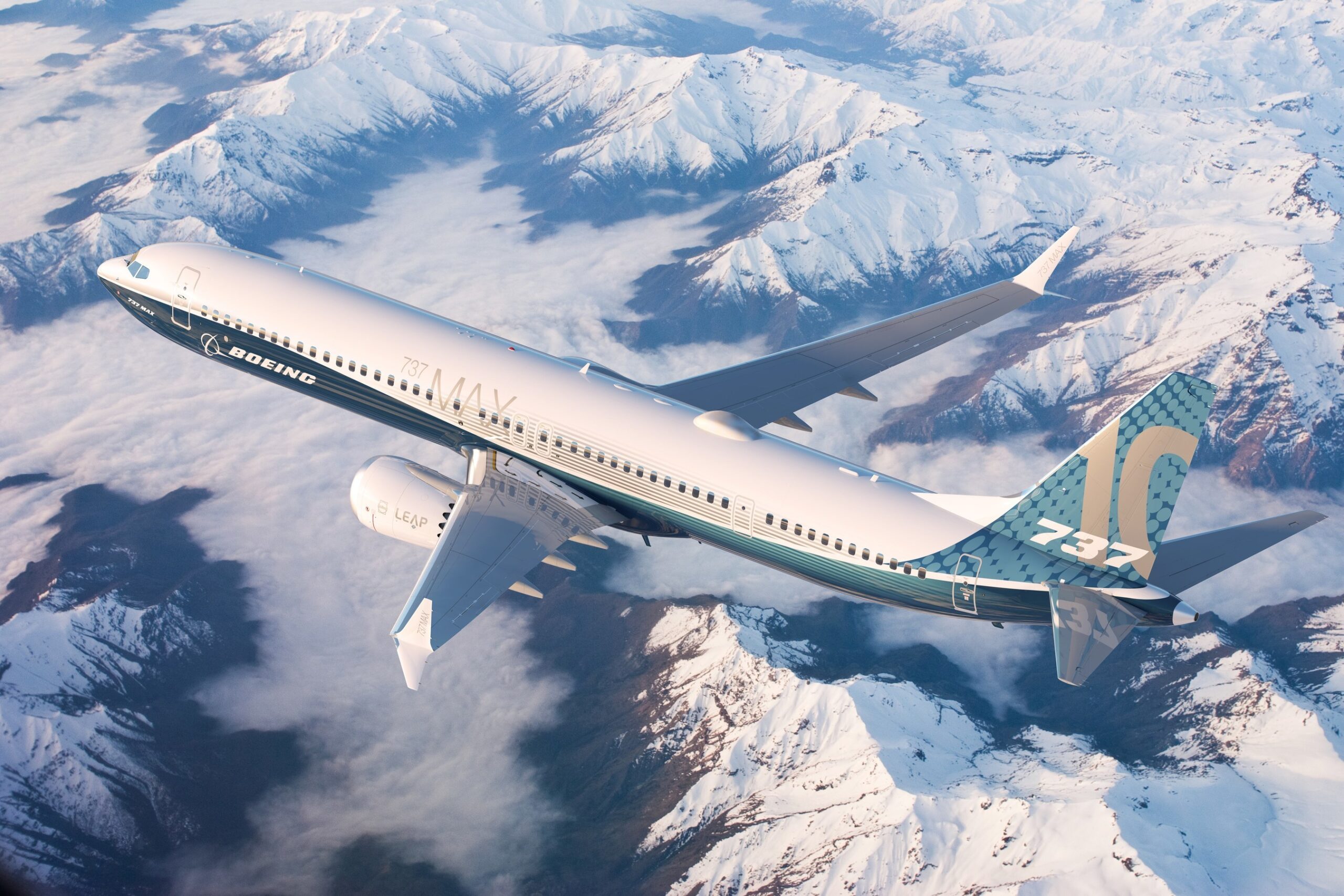 Meanwhile, Airbus reported 66 order cancellations during the first three months of this year, 15 of which were its from A350 family of aircraft (long-distance, wide-body planes with 25 per cent lower operating costs, fuel burn and CO2 emissions.)

It just may be that many of the planes in these cancelled orders fall under new ownership. The conditions are ripe for opportunistic investors to swoop in and take advantage of this unclaimed next-generation aircraft stock.

It could be that we see new airlines rise out of the ashes of Covid-19, unencumbered by debts, outdated features and inefficient processes. We are about to enter a new age of air travel, and are likely to see some new contenders that are more able to rise to the operational challenge than their predecessors.

“There will be people saying: ‘I can get the assets cheaply,’” says Rohit Talwar, futurist and CEO of Fast Future, speaking at Flight Plan. “There will be plenty of unused aircraft that leasers want to get rid of, there will be plenty that the manufacturers have stocked up on, that the orders have been cancelled, where they might be able to get very good deals on.

“So you could also, in the midst of all this see new airlines emerge, possibly with radically different business models, much stronger reliance on technology, and much more streamlined, automated processes from start to finish that are designed for the era we’re in.”

The impact of Covid-19 on the travel industry has been described as a decade’s worth of change in a matter of weeks. It has sped up the inevitable in many cases, and this includes the early retirement of certain aircraft from fleets.

Lack of passenger demand as well as fuel inefficiencies have put some of the larger aircraft first in line – for example, Lufthansa is now phasing out several wide-body planes from its fleet this year, including six of its A380s (originally planned for 2022) seven A340-600s and five B747-400s – for the latter two models, Lufthansa cited the reasons as: “environmental and economic disadvantages of this aircraft type”.

But in some cases, older aircraft – such as B777-300ERs and B747s – have had a pivotal role to play during Covid-19, which may extend their shelf life. During worldwide lockdown, airlines have been carrying cargo instead of passengers.

Ordinarily, commercial planes carry cargo in their bellies below deck. But over the past few months, the passenger seats on flights with Virgin Atlantic, British Airways, Singapore Airlines and more have been piled high with boxes of medical supplies, personal protective equipment (PPE) and grain. 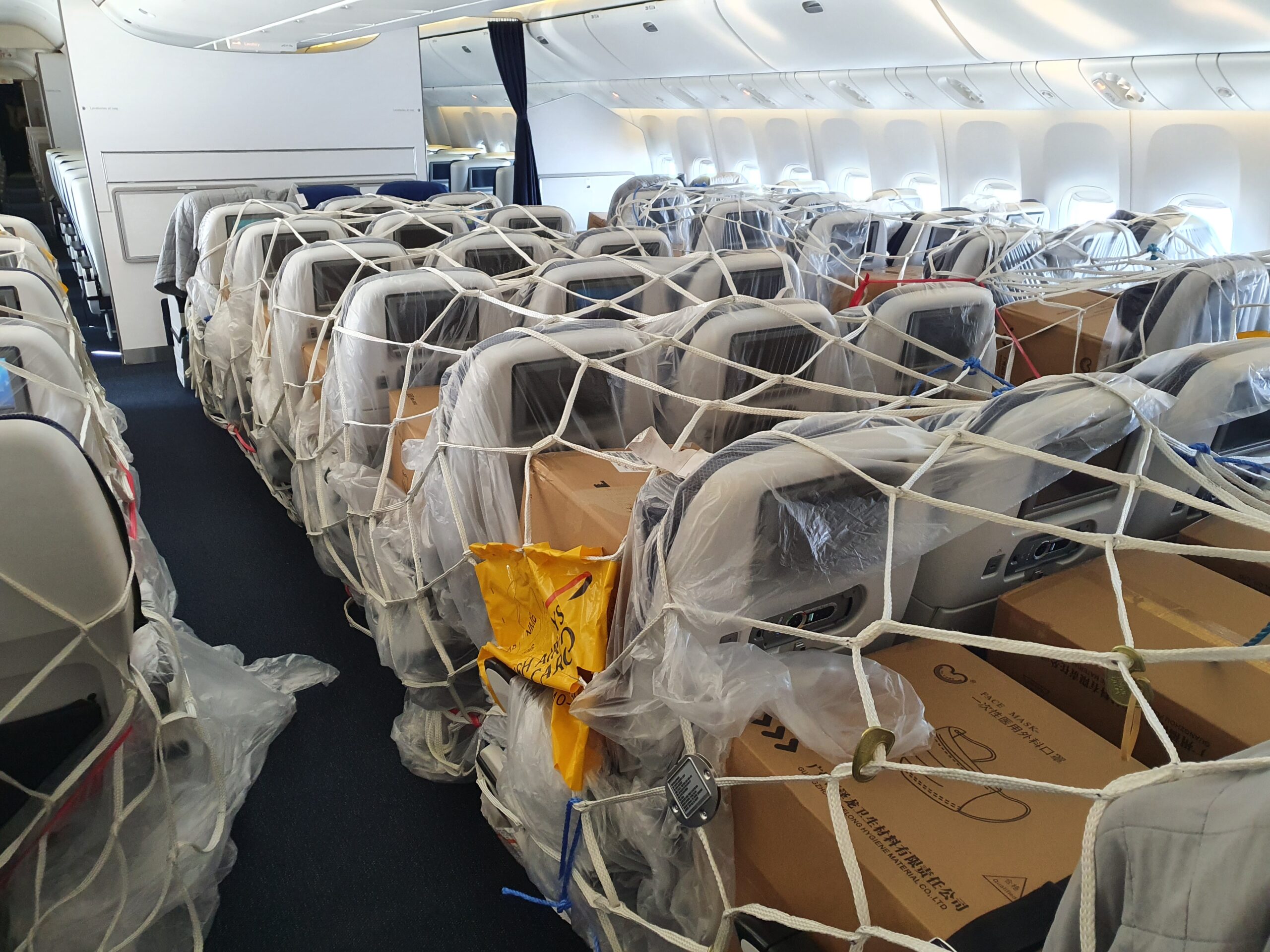 Some airlines have temporarily devoted some or all of their operations to carrying cargo – including Icelandair, Emirates and KLM. This shift has seen airlines evolve their model to deliver an essential service during this global pandemic, and is an interesting development since the aviation industry was facing backlash due to climate change pre-Covid 19, calling to question the necessity and the future of frequent air travel.

It could be that some commercial airlines remain dedicated to cargo for the time being, or that we see new cargo-only airlines take to the skies.

For example, since the start of Covid-19, a new Chinese cargo airline has launched. Based out of Zhengzhou, Central Airlines has been developed as part of a blueprint for an “Aerial Silk Road” – an economic air corridor from Zhengzhou to Luxembourg, connecting East Asia with Europe, with the two cities as aerial trade hubs.

However, it’s looking likely that cargo will become part of the furniture on aircraft cabins even when passengers return to their seats. Hong Kong-based HAECO Cabin Solutions has launched four seat stowage designs that allow airlines to combine both passengers and cargo in their main cabins.

Incorporated around passengers seats, HAECO’s designs mean packages between 240lb to 1000lb can be safely stowed alongside passengers. The concept not only allows airlines to optimise their cabin space, but create physical barriers to enforce social distancing while in the air.

Doug Rasmussen, president and group director of HAECO, says: “We are pleased with the strong interest we have already seen from airlines and leasing companies and delighted that we can offer a quick, cost-effective solution to maximise yields during this challenging time.”

Time will tell which airlines are still standing this time next year. But those who survive will eventually emerge from the crisis in a leaner state, having stripped out inefficiencies, and taken the crisis as an opportunity to evolve and build a more focused, forward-thinking business model than the one that prevailed just months ago.