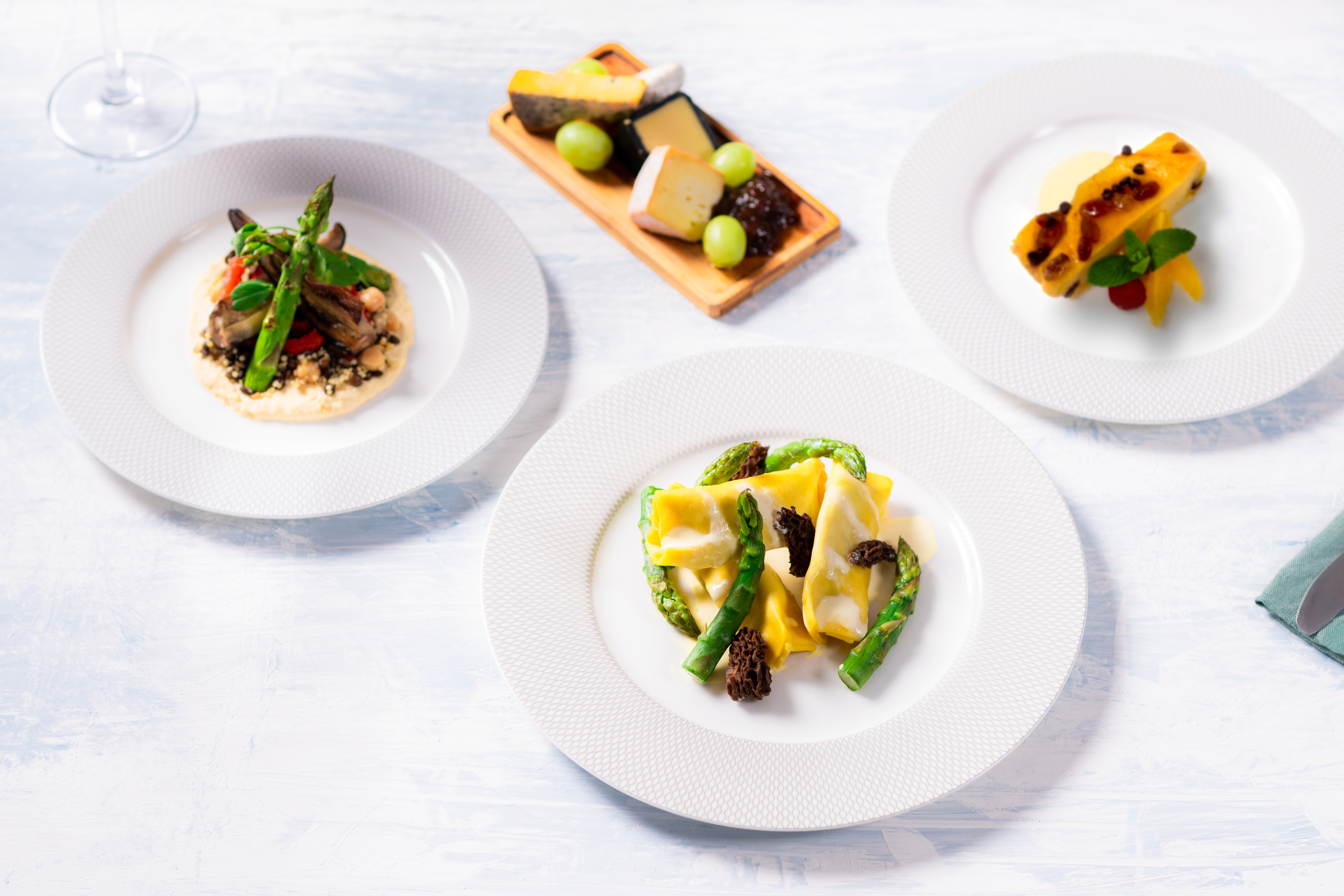 British Airways has teamed up with Feast Box to deliver first class meal kits to people’s homes so they can get a taste of airline food on the ground. Jenny Southan reports

In partnership with DO & CO catering giant, British Airways is taking on recipe kit delivery companies such as Hello Fresh and Mindful Chef with first class plane food deliveries for people to prepare in their own homes.

It seems like an odd thing to do but there is a certain nostalgia for flying at the moment, especially among loyal BA former frequent flyers who have been grounded for months as a consequence of the pandemic.

In fact it’s likely to be a big money-spinner – Japanese airline ANA recently announced it made US$1.8 million from sales of 260,000 airline meals to wannabe-travellers stuck at home.

“Each time we place the meals on our online market site, they sell out within 45 minutes on average. Some items were gone in five minutes, such as beef sukiyaki and hamburger steak demi-glace sauce served with buttered rice and creamy scrambled eggs,” an ANA spokesperson told Forbes.

British Airways says: “Travellers who are missing the skies and want to experience the culinary delights of first class dining can do so from their home.” In conjunction with Feast Box, the idea is that consumers create the limited-edition cook-at-home meals to “mirror the British Airways’ First cabin dining experience”.

Each meal kit includes a four-course menu “inspired” by the food served in British Airways’ First cabin. Customers can choose from vegetarian, fish and meat options.

They will then receive a box full of ingredients to cook the meal at home in 45 to 60 minutes, along with a recipe sheet and an information card in the form of a passport. (The website states, though, that “the bulk of the main courses have been made for you, so everything comes together in no time”.) 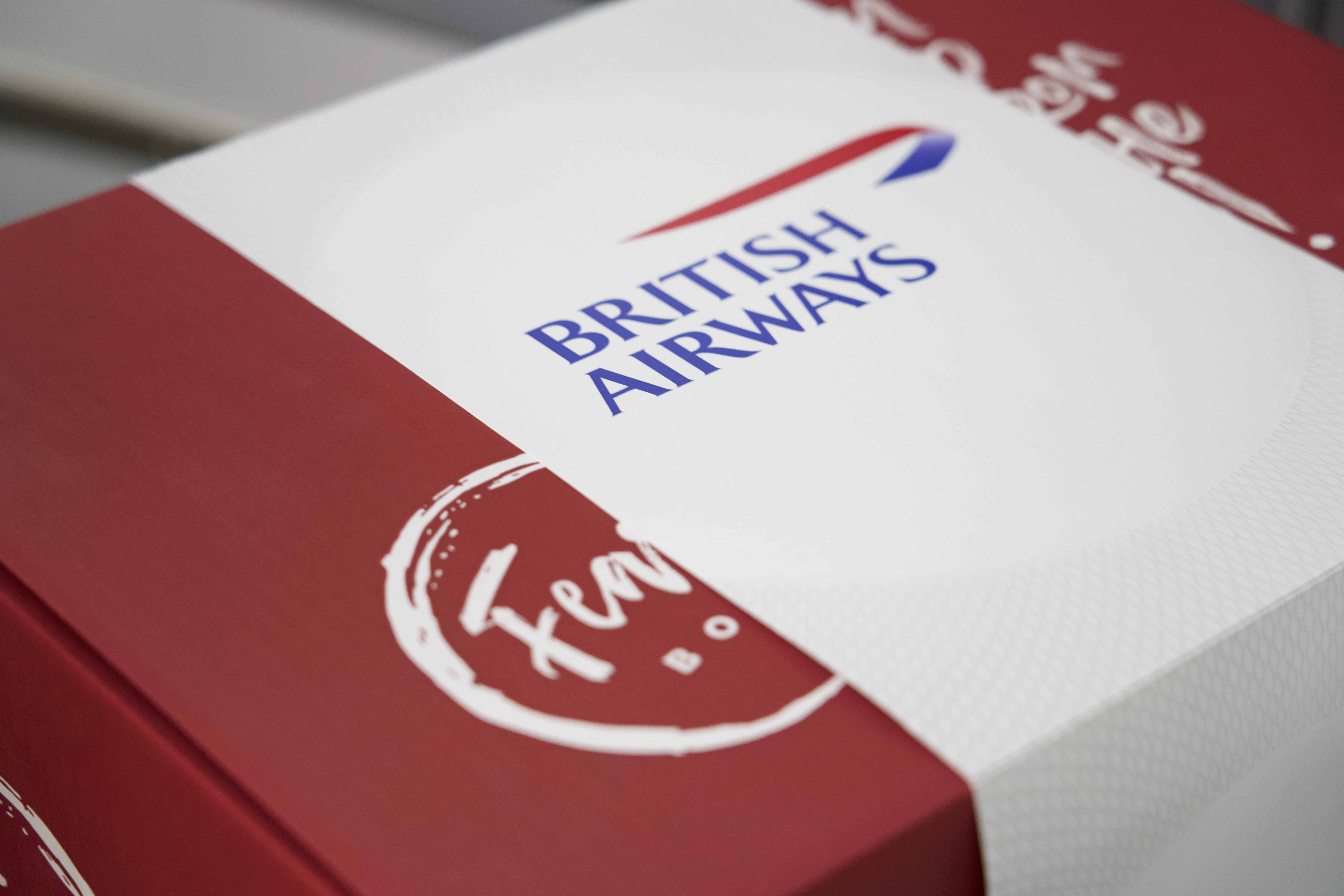 This is a sample menu: 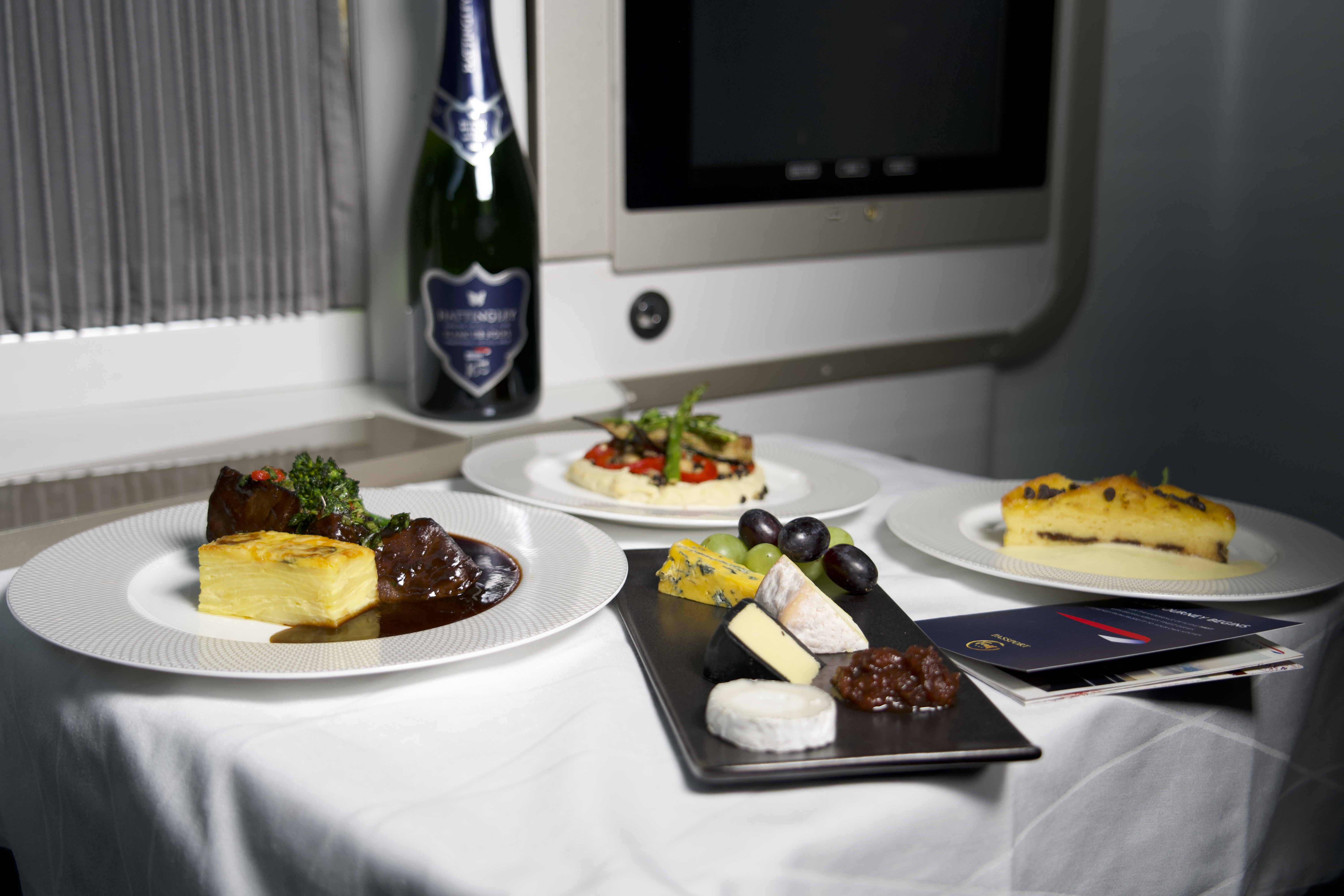 Both the outer and interior packaging of the meal kits consists of recyclable, compostable or biodegradable materials. The food is sourced, where seasonality allows, from the UK and Ireland including smoked salmon from Loch Fyne in Scotland and beef cheeks from heritage UK breeds.

The meal kits can be ordered from today from feastbox.co.uk/britishairways, with prices ranging from £80 to £100 for two people. Deliveries will start next week.

Feast Box is also gifting all those embarking on the British Airways First dining experience a free box from their regular internationally inspired menu. Customers will also receive a voucher for 10 per cent off a British Airways flight.

Hamish McVey, head of brands and marketing at British Airways, says: “We hope that this exclusive First experience will allow our customers who are missing flying to enjoy an amazing dining experience at home.

“British Airways, Feast Box and DO & CO take huge pride in offering top quality international cuisine, and although it might appear a little different being delivered to a customer’s door rather than at 38,000ft, we hope it will be just as exciting.” 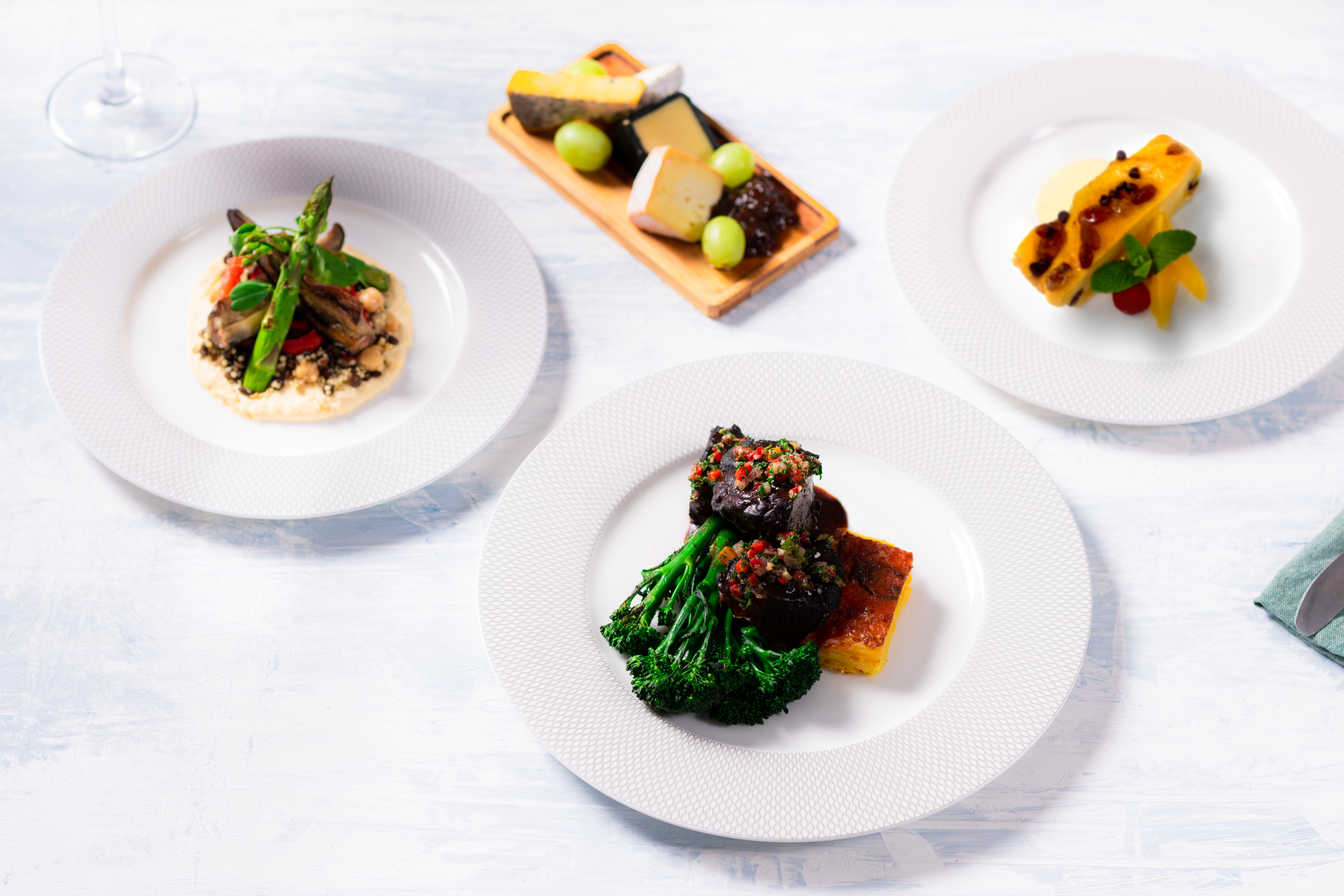 Jyoti Patel, Feast Box CEO and founder, says: “Food is a wonderful way to explore the world and helps to shape our fondest memories. Offering people the chance to travel the world through food is at the core of everything we do, so working with British Airways on this First experience has helped to bring Feast Box to life in a very special way.”

Robert Williams, DO & CO UK managing director, says: “At DO & CO we pride ourselves on offering outstanding and innovative dining experiences to our customers around the world. Working on this First dining experience has been a fun way to bring some of what we usually do in the skies with British Airways into people’s homes and we look forward to them enjoying it.

“We’ve ensured that dishes such as our slow-cooked 48-hour beef cheeks in a port wine jus are easy to assemble and of course delicious to enjoy.”

British Airways isn’t the only airline to have resorted to selling airline food for the public to consume at home. Finnair, Thai Airways, Garuda Indonesia and Singapore Airlines set the trend in 2020. Even hotels such as London’s five-star the Berkeley has shifted to takeaways during the downturn.