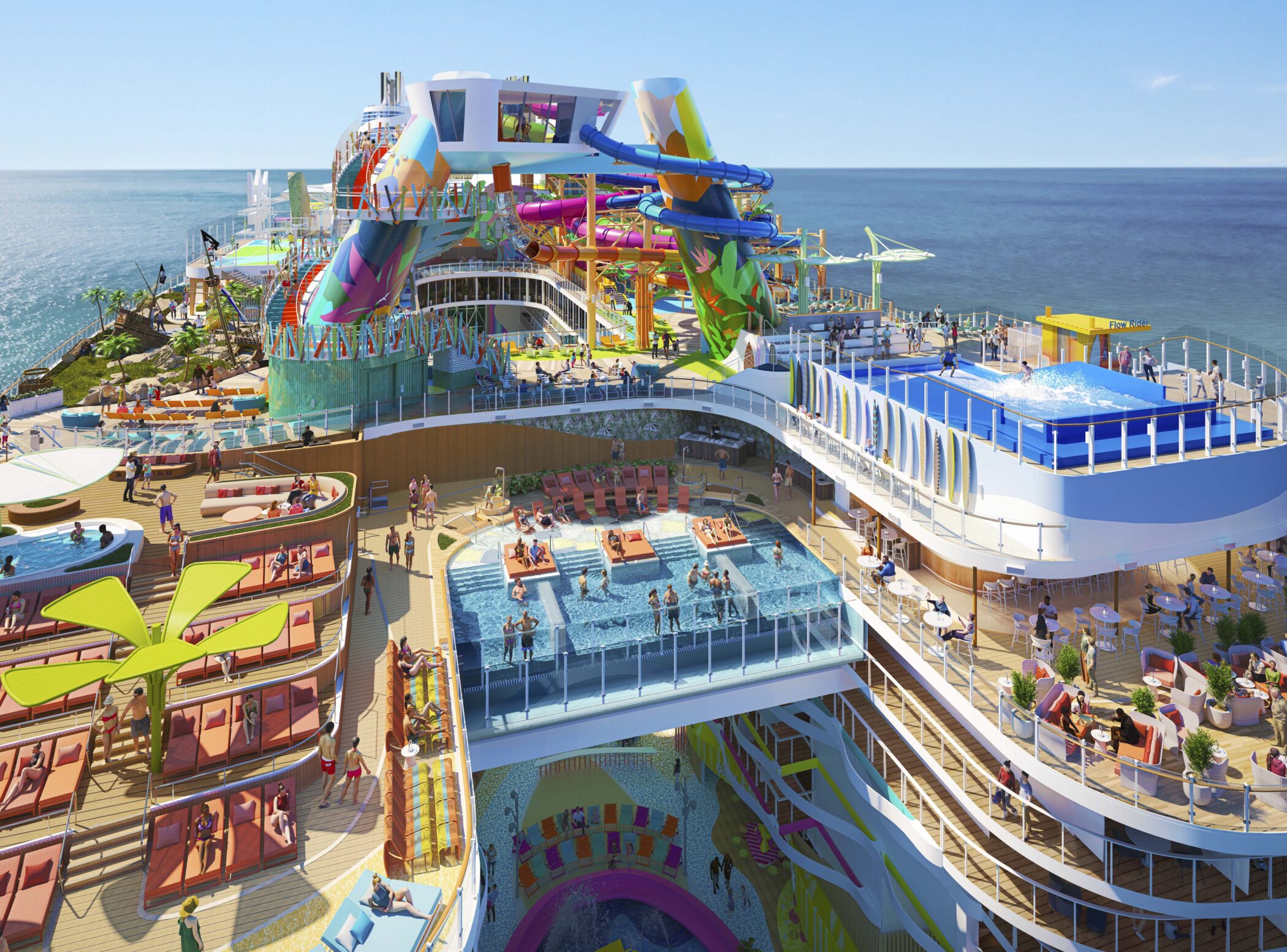 From the world’s biggest waterpark on water to an infinity pool suspended over the ocean, Royal Caribbean’s Icon of the Seas will take cruising to a whole new level. Rose Dykins reports

The next-generation Icon of the Seas cruise ship from Royal Caribbean International will be a hedonistic behemoth, accommodating 7,600 passengers and featuring six giant waterslides, seven swimming pools and 20 decks, which have earned it the unfortunate nickname of “the Human Lasagne“.

When it takes to the water in 2024, cruisers will be able to choose from a wide variety of cabins and explore innovative “neighbourhoods” including a beach retreat, a sprawling resort area, and the first suspended infinity pool at sea at the Hideaway. 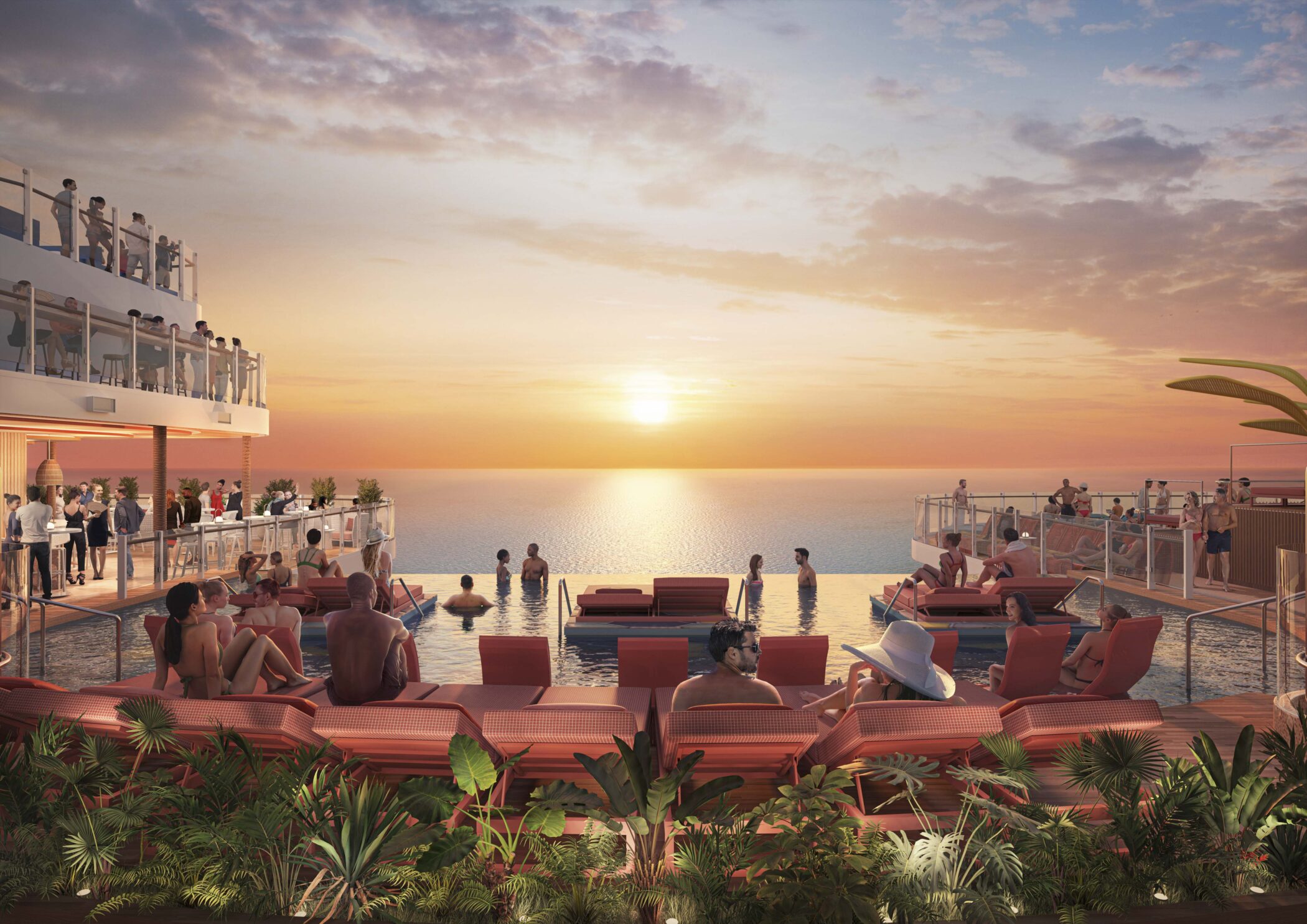 Pitted as the “ultimate family vacation”, there will also be the Thrill Island adventure park – home to rides like the Frightening Bolt, the tallest waterslide at sea and the Pressure Drop, the first open freefall waterslide on a cruise ship; and the Chill Island neighbourhood with seven pools – including Royal Bay, the largest pool at sea. Other highlights include a sunken pirate ship on the top deck; Royal Caribbean’s largest ice rink in the bowels of the ship; 40 restaurants, bars and clubs; and the four-level Suite neighbourhood where the VIP cabins are located.

At the front of the ship will be the AquaDome, which will transform from a tranquil oasis in the daytime to a vibrant theatre at night. Underneath will be a 155ft waterfall and four robot arms for aerial highwire shows. 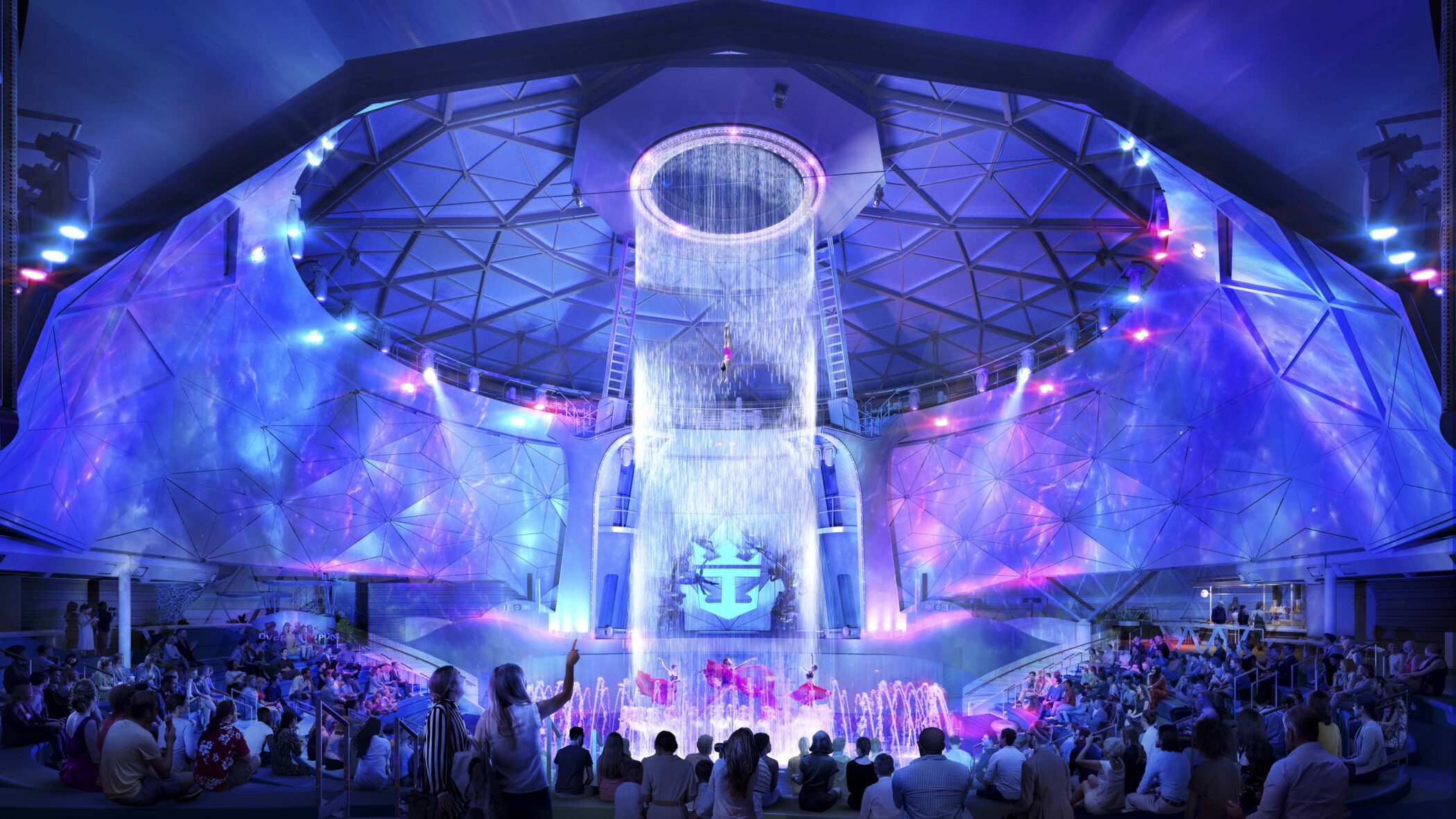 All this means the cruise ship is said to have cost US$2 billion but when bookings for its first voyage opened a month or so ago, it rapidly sold out.

Jason Liberty, president and CEO, Royal Caribbean Group, says: “With each new ship, we raise the bar in the travel industry while enhancing what our guests know and love. From the moment they step on board, every experience is specifically designed to give them the best vacation anywhere on land and at sea.” 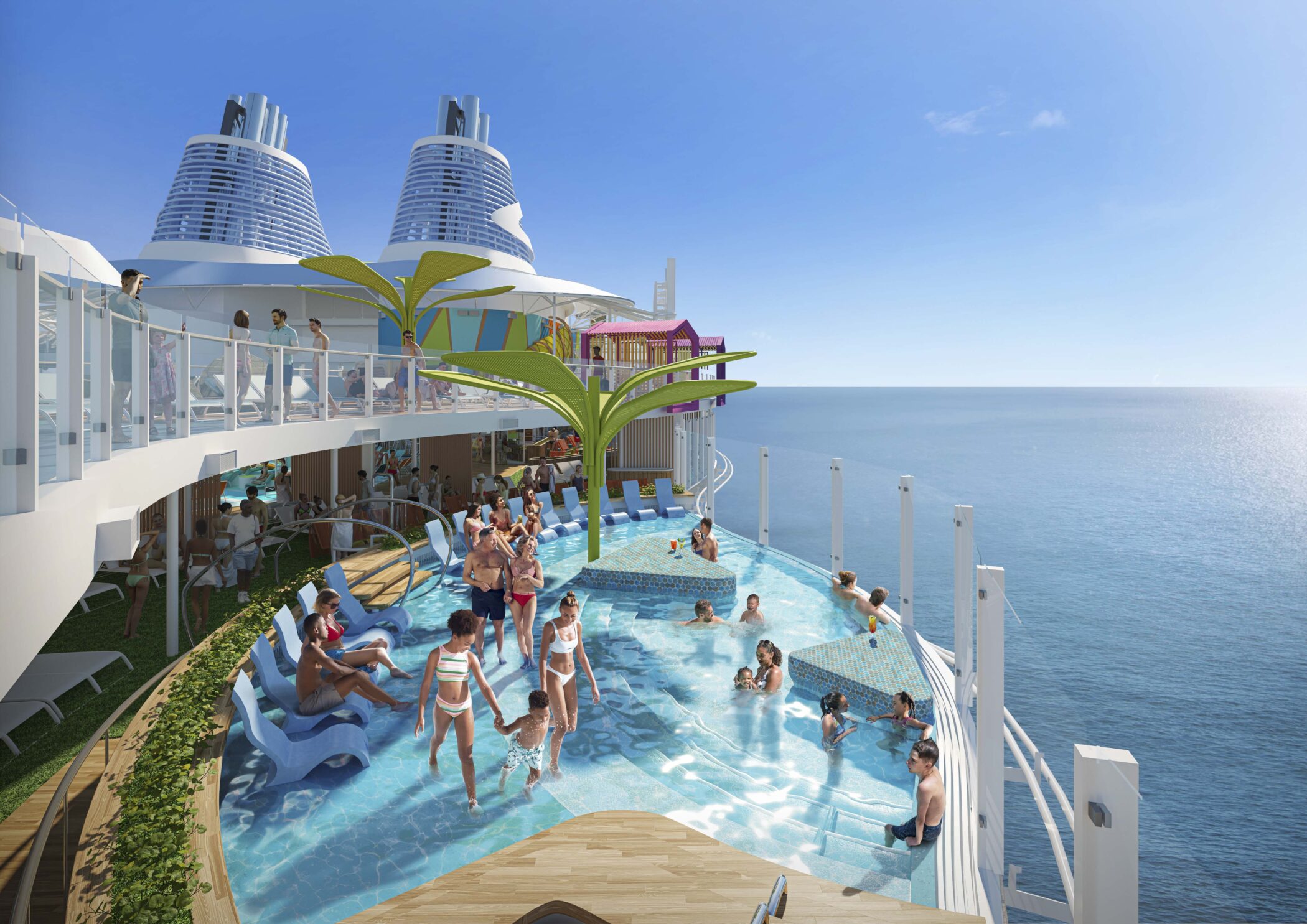 Icon of the Seas has 28 room categories ranging from standard rooms to suites, with new layouts designed for families of three, four, five and six and more, and Royal Caribbean says the ship’s onboard accommodation offers more space and more ocean views than previous ships.

Categories include the Ultimate Family Townhouse, which spans three decks and has its own slide, white picket fence and mailbox; Infinite Balcony rooms with a retractable window that turns floor-to-ceiling glass into a balcony; and Sunset Corner suites with vast terraces overlooking the rear of the ship. 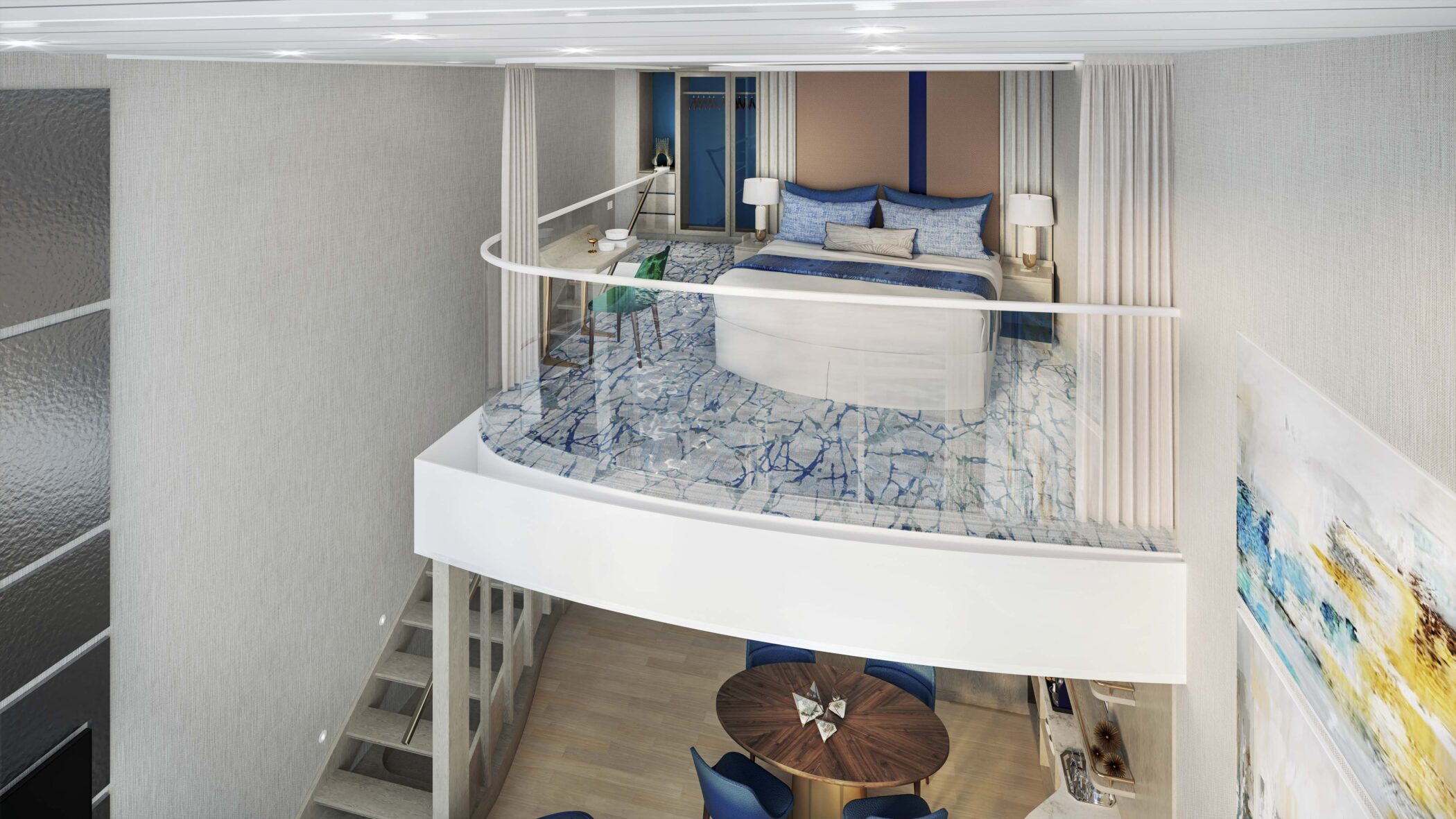 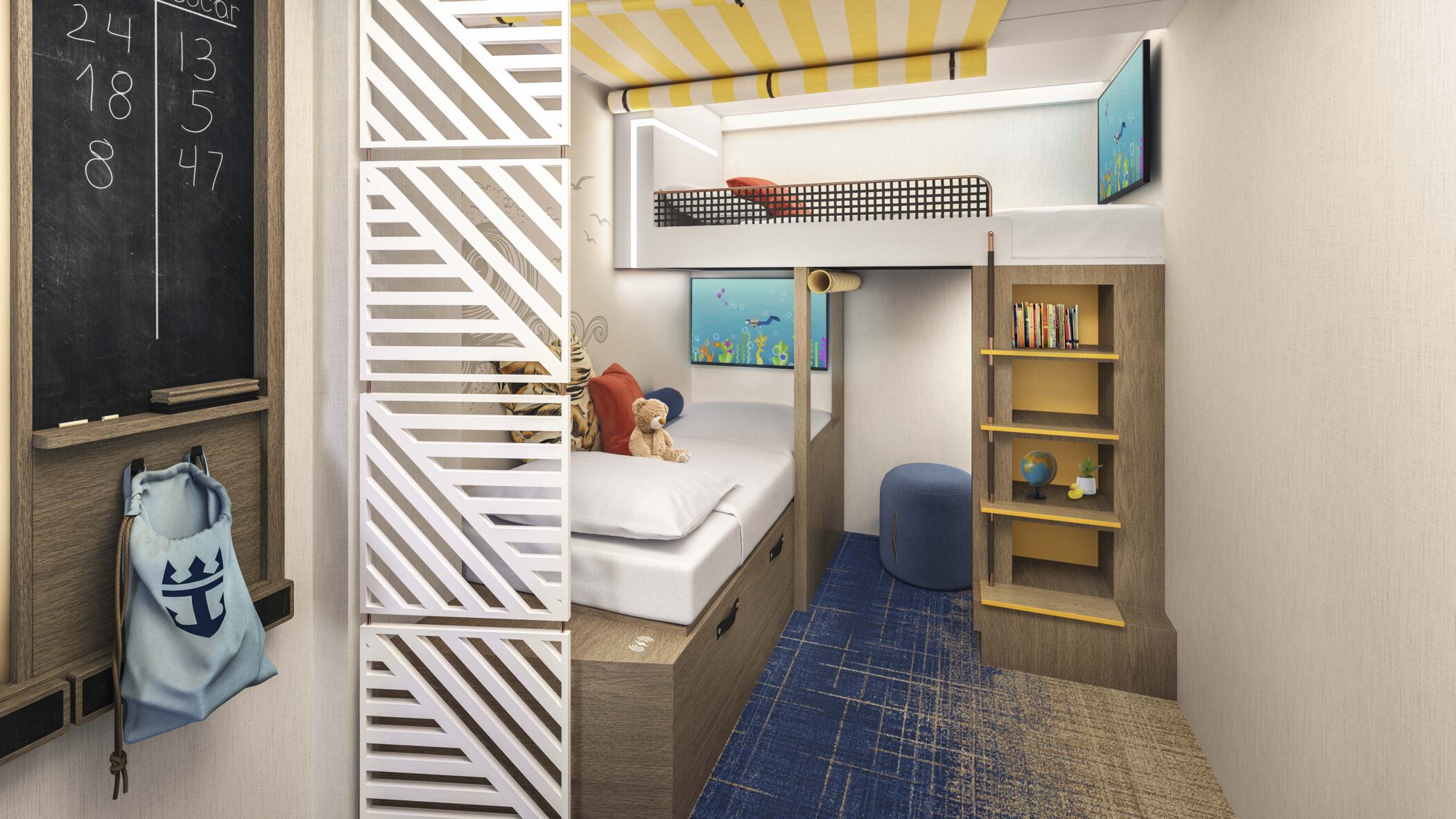 Icon of the Seas will sail year-round from 2024, with its seven-night Eastern and Western Caribbean itineraries departing from Miami, priced from US$963 per person.

Stopping at ports including Cozumel (Mexico), Philipsburg (St Maarten) and Basseterre (St Kitts), each cruise will pay a visit to Royal Caribbean’s private island destination, Perfect Day at CocoCay in the Bahamas. 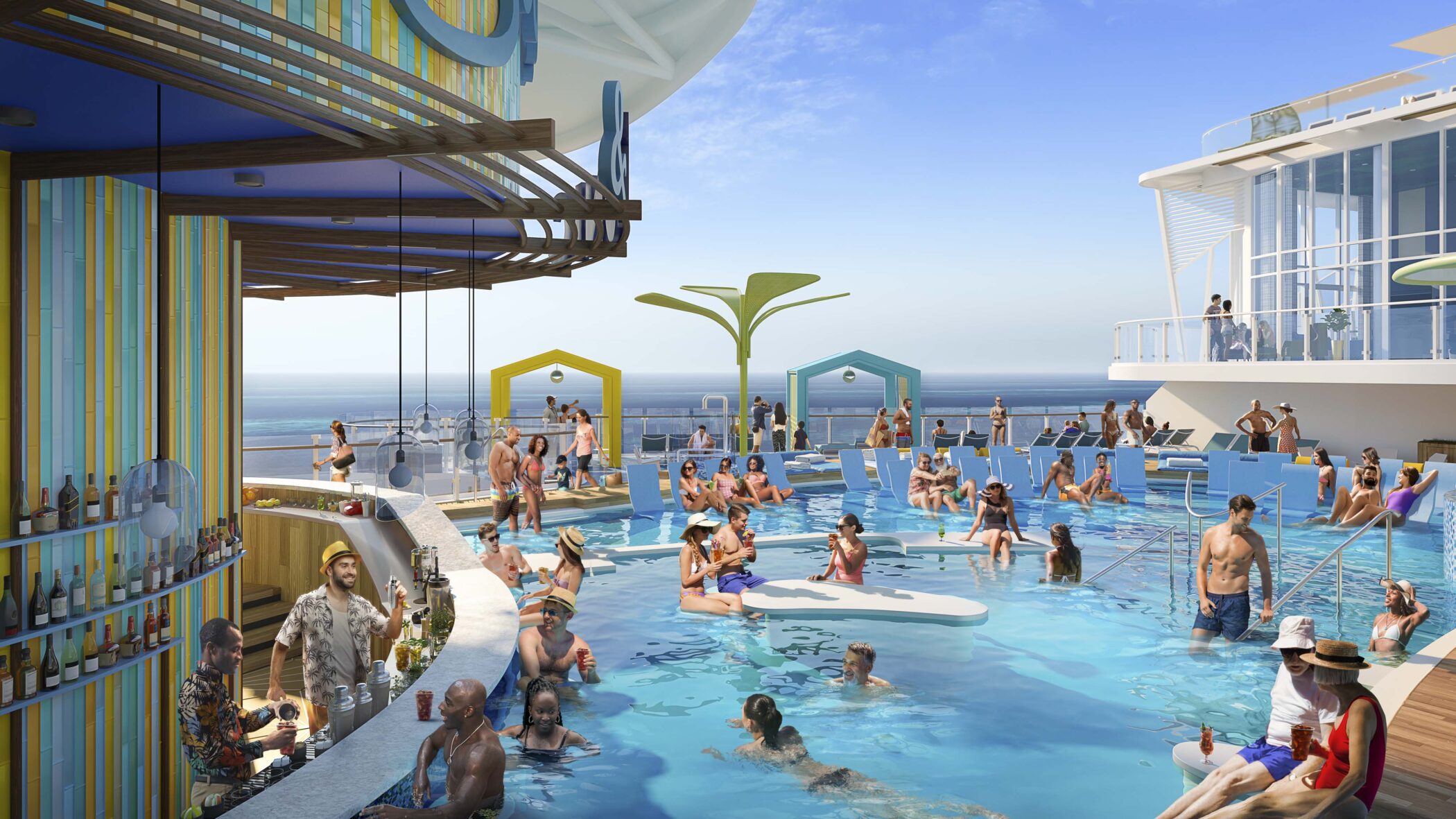 Michael Bayley, president and CEO of Royal Caribbean International, says: “Icon of the Seas is the culmination of more than 50 years of delivering memorable experiences and our next bold commitment to those who love to vacation.

“Now more than ever, families and friends are prioritising experiences where they can bond and enjoy their own adventures. We set out to create a vacation that makes all that possible in one place for the thrill-seekers, the chill enthusiasts and everyone in between, without compromise. It’s this first-of-its-kind combination that makes Icon the future of family vacations, and that future is here.”