Meta has unveiled the Meta Quest Pro, a headset that opens up new possibilities for remote collaboration through mixed reality. Rose Dykins reports

Meta (formerly Facebook) has shared details of its latest VR headset, Meta Quest Pro. Unlike other headsets geared towards the mass market, the model aims to push the technical boundaries of mixed reality tech, and retails at £1,500.

Positioned as a device for maximising both productivity and social connection, Meta Quest Pro lets users combine their physical environment with virtual elements in a realistic way, creating a mixed reality experience that enhances social presence, productivity and collaboration.

Meta says: “Meta Quest Pro is a multifunctional VR and MR device designed to help you do your best work and make meaningful connections with the people you care about the most – all while providing a glimpse of what future AR devices might be capable of.

“Instead of being confined to your desk, you can set up a big virtual workspace with multiple screens spread all around you while still using your physical keyboard and mouse in productivity apps like Immersed. 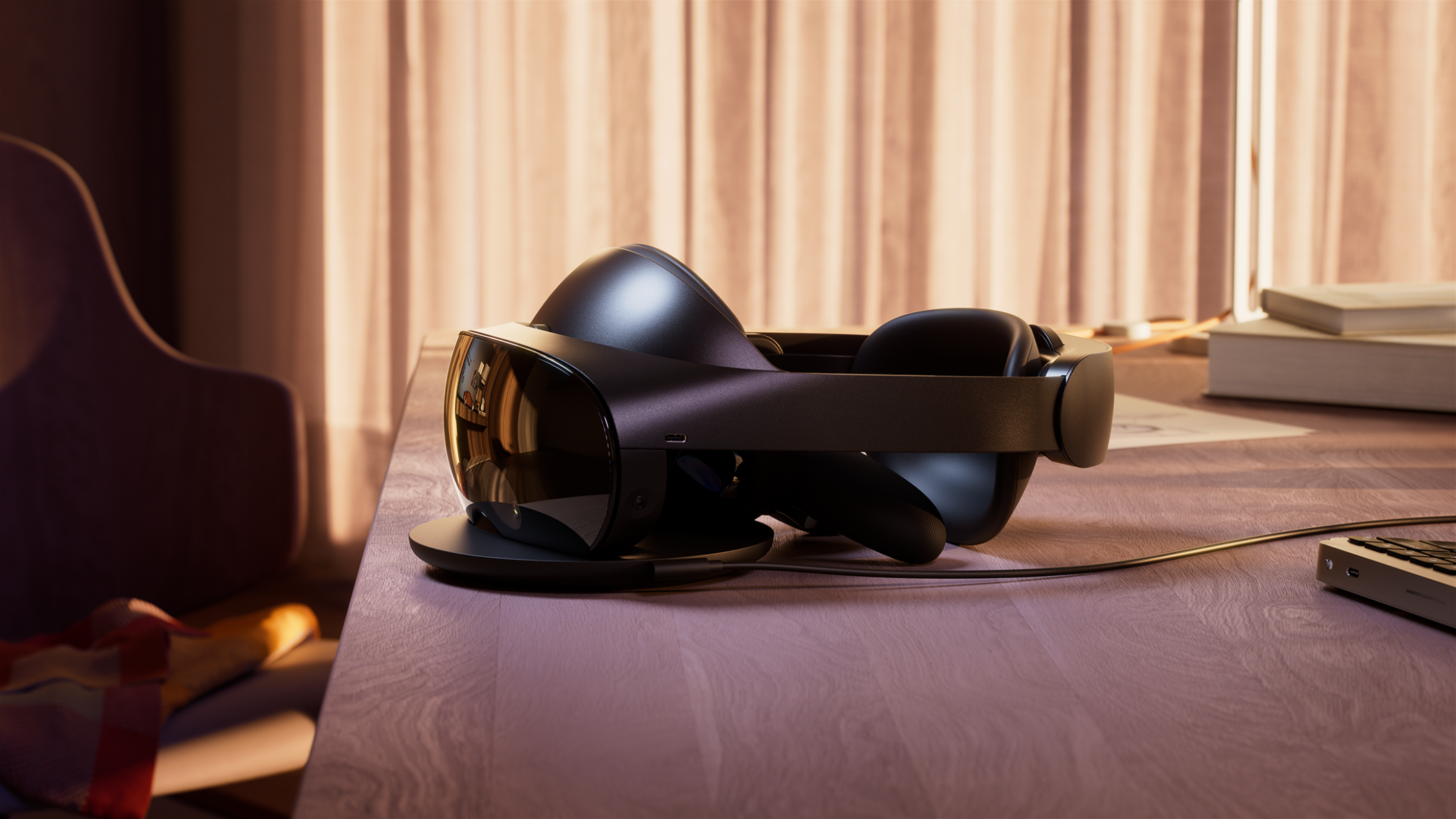 “If you’re a furniture designer, you can create detailed 3D models with other people in real time using Arkio and Gravity Sketch, and then see how they look in your actual living room…

“Developers can build virtual objects that interact with your physical space — even in co-located experiences where two or more people can play or work together in VR while in the same physical space.”

Meta Quest Pro is designed with an open periphery, which allows users to make use of their peripheral vision to stay present in their environment while multitasking between the real and virtual worlds.

“It’s possible to snap on magnetic partial light blockers to stay more immersed in the virtual realm. For a more traditional VR experience, users will be able to purchase full light blocker attachments later this year when they are released.

With its “pancake lenses” and curved-cell battery situated at the back of the headset, Meta Quest Pro is Meta’s slimmest and most balanced VR device to date. It lets users adjust the lens distance from their eyes with a new eye relief dial to optimise fit, face tracking, and viewing experience.

Meta has also launched Quest Touch Pro controllers – available for pre-order at £299 – that come with three built-in sensors. The sensors track their position in 3D space independently from the headset, allowing for a full 360-degree range of motion.

Meta says: “The controllers have been re-engineered to be more ergonomic and balanced, making them feel like natural extensions of your hands. They also come with upgraded haptics using our new TruTouch Haptics system to provide a wider and more precise range of feedback, as well as rechargeable batteries.

“With the charging dock and 45W USB-C power adapter that are included when you buy Meta Quest Pro, you can keep both your headset and controllers charged and ready to go.”

Meta Quest Pro also allows for more realistic Metaverse avatars than before. Its Natural Facial Expressions and eye tracking features allow users to appear more like their authentic selves in the metaverse. 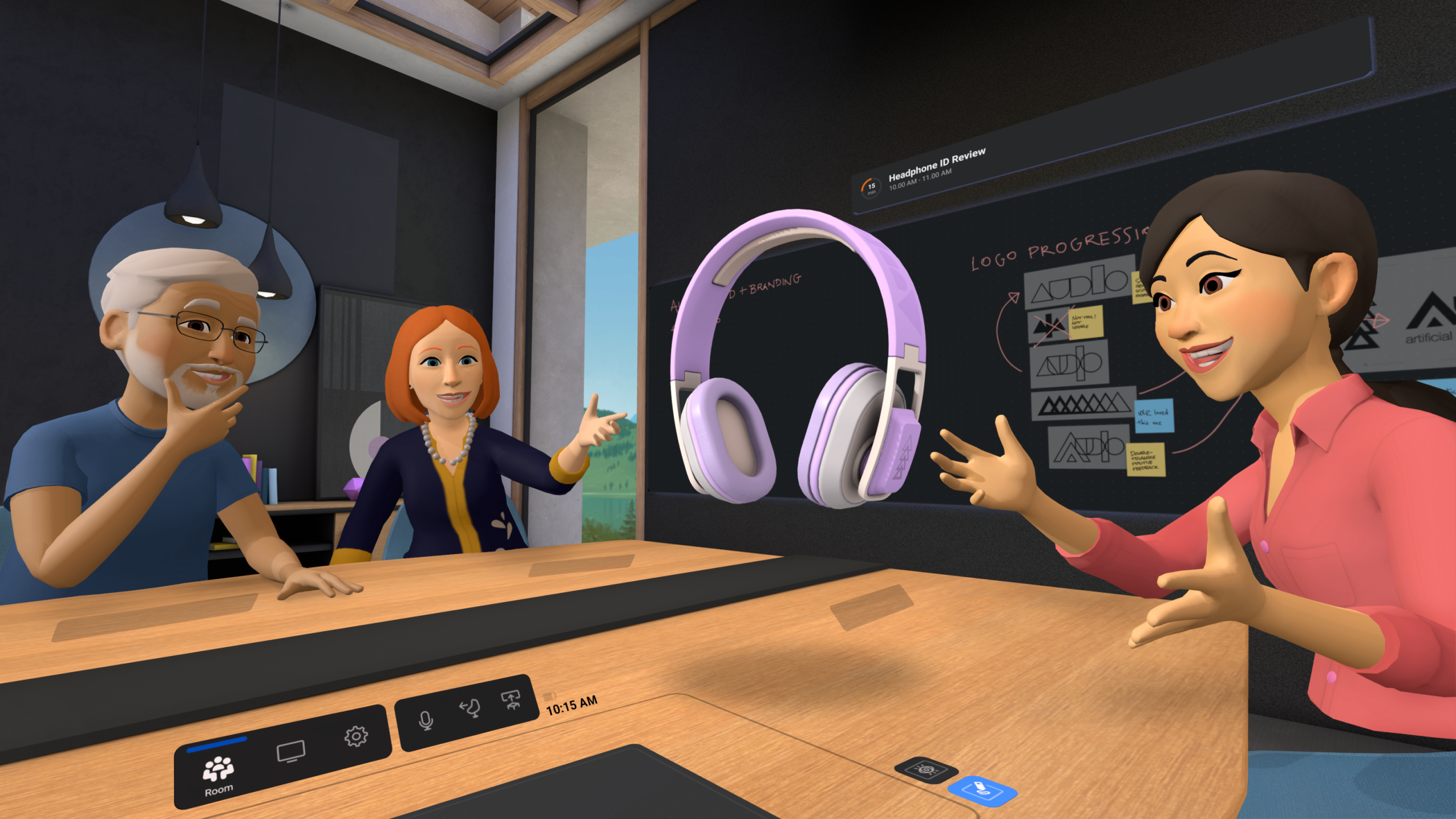 “Whether you’re working in a virtual office in Meta Horizon Workrooms or hanging out with friends and family you can’t otherwise see in person, it’s important to have avatars that not only look like you, but can move and express themselves like you would in real life,” says Meta.

“You’ll be able to make lasting memories in multiplayer apps like Wooorld, which makes it possible to take virtual trips across the globe, exploring 3D maps and 360° images with friends and family.