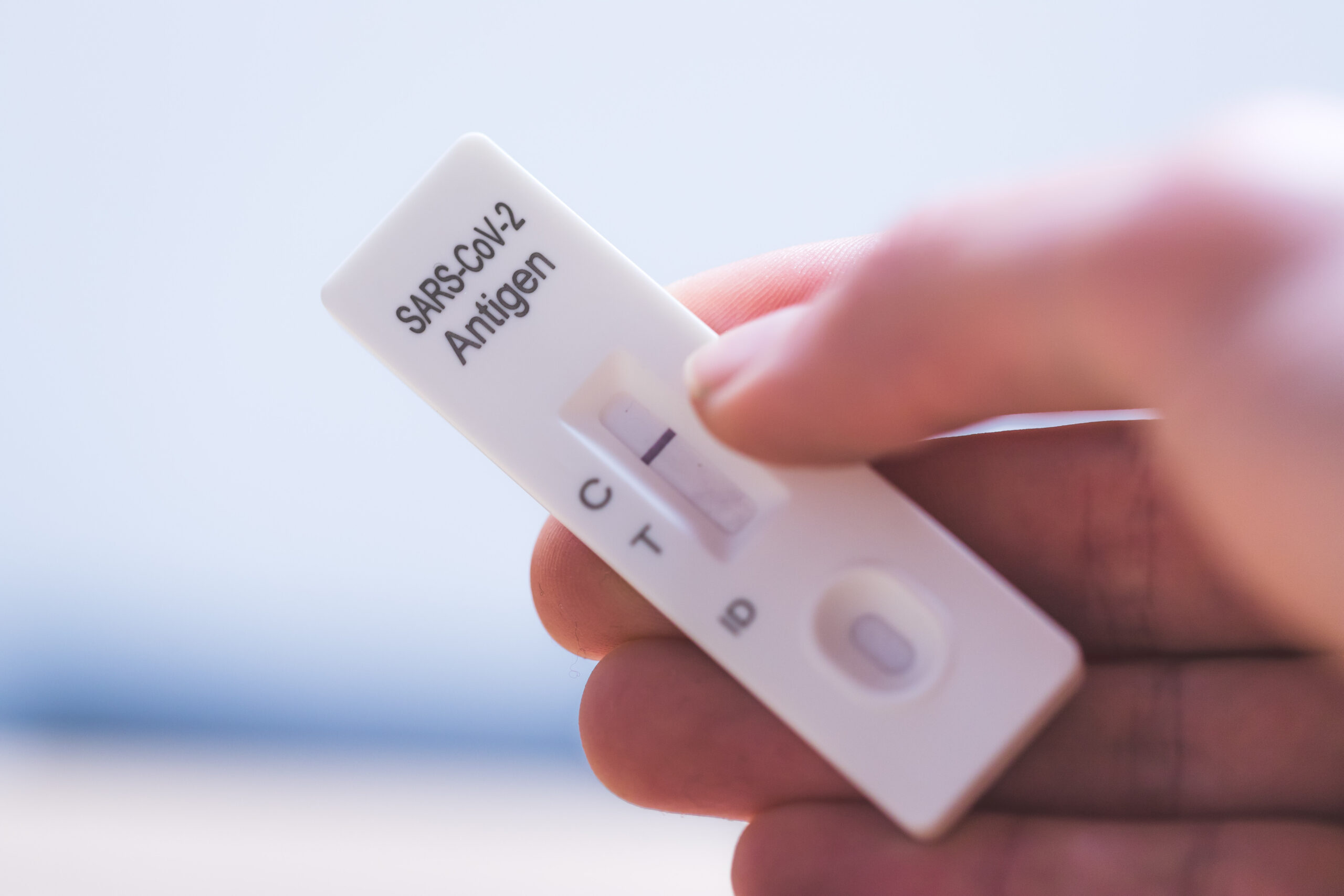 Pregnancy-style ‘rapid antigen’ Covid tests can be self-administered and are currently given out free in the UK. So why the need for slow, pricey PCR tests? Olivia Palamountain reports

At present, all UK travellers (those with a permitted reason to do so) must undergo the hassle and cost of multiple PCR tests, both before departure and on arrival.

As Globetrender explores in its PCR report, these mandatory tests are incredibly cost prohibitive, so even when international borders do reopen, foreign holidays will be off the cards for the majority, costing the average family of four an extra £600 on top of flights and accommodation.

There is, however, a glimmer of hope in the form of “rapid antigen” (also known as “lateral flow”) tests. A cheaper alternative, downgrading requirements to these tests would negate the need for PCR tests and “safely reopen” international travel, says a study commissioned by IATA.

The Oxera-Edge Health report found that high-performing rapid antigen tests are as effective as PCR tests in identifying Covid-19. New modelling shows that in a sample of 1,000 air passengers with an infection prevalence rate of 1 per cent, the best-performing antigen test would detect all but one positive case of infection.

The findings also revealed that antigen testing on departure is as effective as a ten-day quarantine if people stick to the rules. What’s more, people in the UK can currently order packs of rapid lateral flow tests to be delivered to their homes, for free. So why not make them valid for travel?

(Unlike pregnancy tests which require a urine sample, these work by swabbing the back of the nose and throat and then dipping the swab in a solution, which is administered in droplets on to the test stick.)

Not only are rapid antigen tests cheaper than PCR tests by a massive 60 per cent, they deliver results within as little as 20 minutes. They are easily administered and do not need to be processed by a lab. By comparison, PCR testing requires a median time of 28 hours to receive results according to the study.

Additionally, the report highlights the issue of scarcity of PCR tests, with current spare PCR testing capacity in the UK only able to cover 25 per cent of 2019 passenger levels.

Business Traveller states that the study analysed five routes (London-New York, London-Frankfurt, UK-Singapore, UK-Pakistan and Manchester-Canary Islands) and found that the cost of PCR testing would reduce demand by an average of 65 per cent. While an antigen testing requirement would still reduce demand, this would be far lower at 30 per cent.

As reported by The Daily Mail, UK Transport Minister Grant Shapps has admitted that PCR test “costs are definitely a concern” and people “have to accept we are still going through a global pandemic”, which means the checks cannot currently be abandoned.

“We now need to see governments implement these recommendations. The goal is to have a clear set of testing options that are medically effective, financially accessible, and practically available to all prospective travelers.

“We are already seeing rapid testing becoming commonplace in non-travel settings such as schools and workplaces. Extending its use to travel is a logical step. Science backs this up. In real-world conditions, antigen testing is as effective as PCR testing in reducing the risk of cross-border transmission.

“Meanwhile the cost and bureaucracy of PCR tests adds huge burdens to families and businesses looking to travel. These are important considerations in preparing for a successful re-start.

“Restarting international aviation will energize the economic recovery from Covid-19. Along with vaccines, testing will play a critical role in giving governments the confidence to re-open their borders to travelers.

“For governments, the top priority is accuracy. But travelers will also need tests to be convenient and affordable. The Oxera-Edge Health report tells us that the best-in-class antigen tests can tick all these boxes. It’s important for governments to consider these findings as they make plans for a re-start.”

Michele Granatstein, partner at Oxera and head of its aviation practice, adds: “When international travel reopens testing is likely to remain part of the strategy for controlling Covid. The type of testing regime chosen will make the difference in how quickly the travel industry recovers.

“The choice of a rapid test would be a real boost to the global travel and international business community, and our research shows it can be as effective as other testing regimes and as effective as a ten-day quarantine.”