Space Perspective is investing in ships that will be converted into floating spaceports for the launch of its stratospheric balloon capsules. Jenny Southan reports

Space tourism company Space Perspective has unveiled MS Voyager – the world’s first marine spaceport for human spaceflight, and the first in a planned fleet of floating spaceports around the world.

The spaceports will be oceanic hubs for launching and receiving spacecraft. Now with the capacity to launch from marine-based sites around the world, in addition to taking off from land on Florida’s “space coast”, Space Perspective has become the first global space travel experience company to sell “safe and sustainable” journeys to the edge of space.

When it’s time to come back to Earth at the end of the journey in Spaceship Neptune’s pressurised balloon capsule, a patent-pending splash-cone at its base provides a smooth and gentle water landing. Fast boats from Fluid Watercraft will then arrive to stabilise the capsule, which will be lifted onto the marine spaceport. 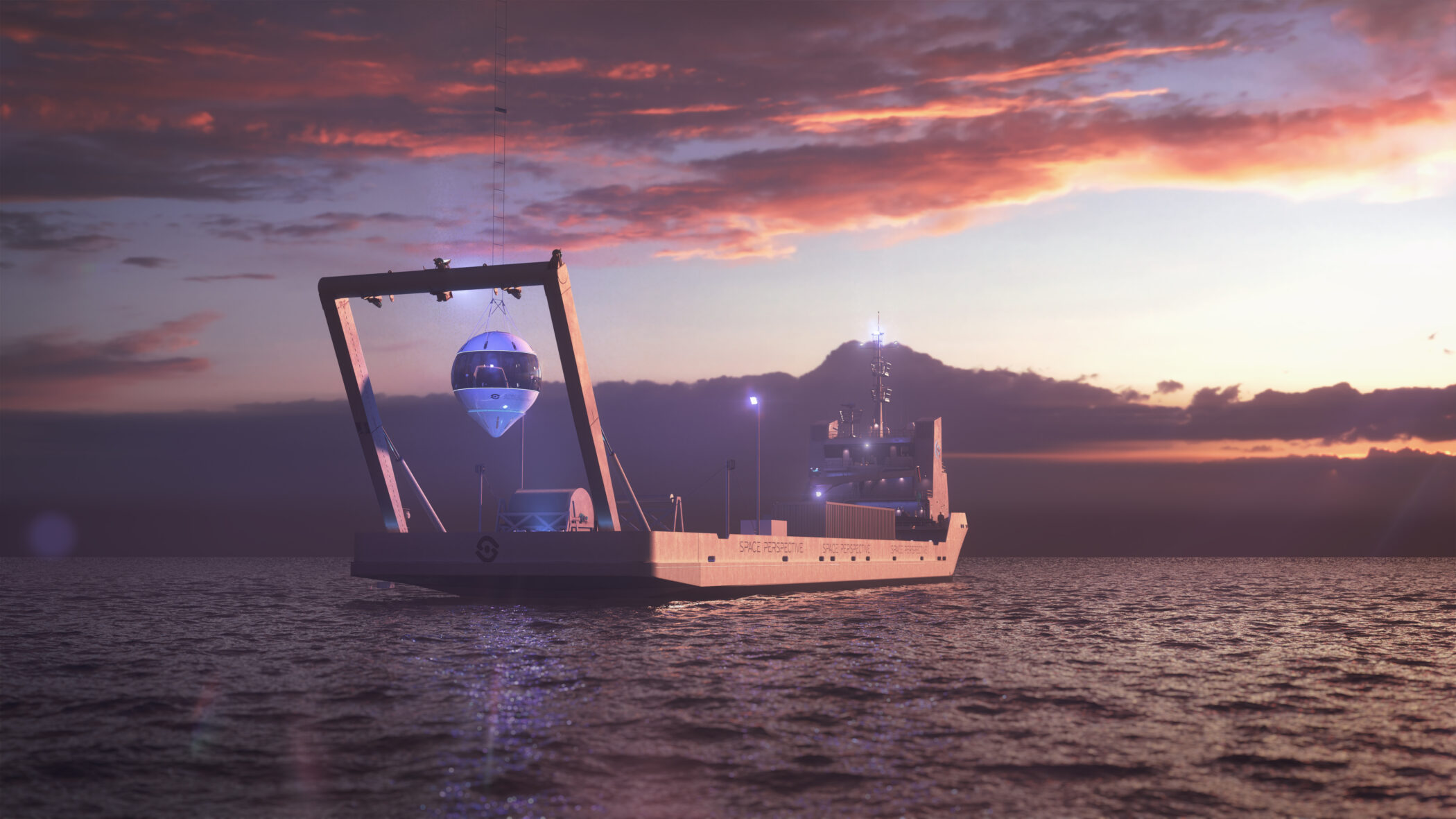 Marine spaceports create ideal launch pads in two ways: by navigating to areas of good weather, which allows for year-round operations within a region, and by moving with the sea breeze, so there is virtually no wind across the deck.

This enables more frequent launch opportunities, as well as more options for the time of day, including sunrise and sunset nighttime stargazing flights for every-day cosmonauts.

MS Voyager and future Space Perspective marine spaceports will give the company the operational flexibility needed to grow its business more quickly to reach a supply-constrained global market for commercial space travel that analysts recently estimated could reach over US$8 billion by 2030. 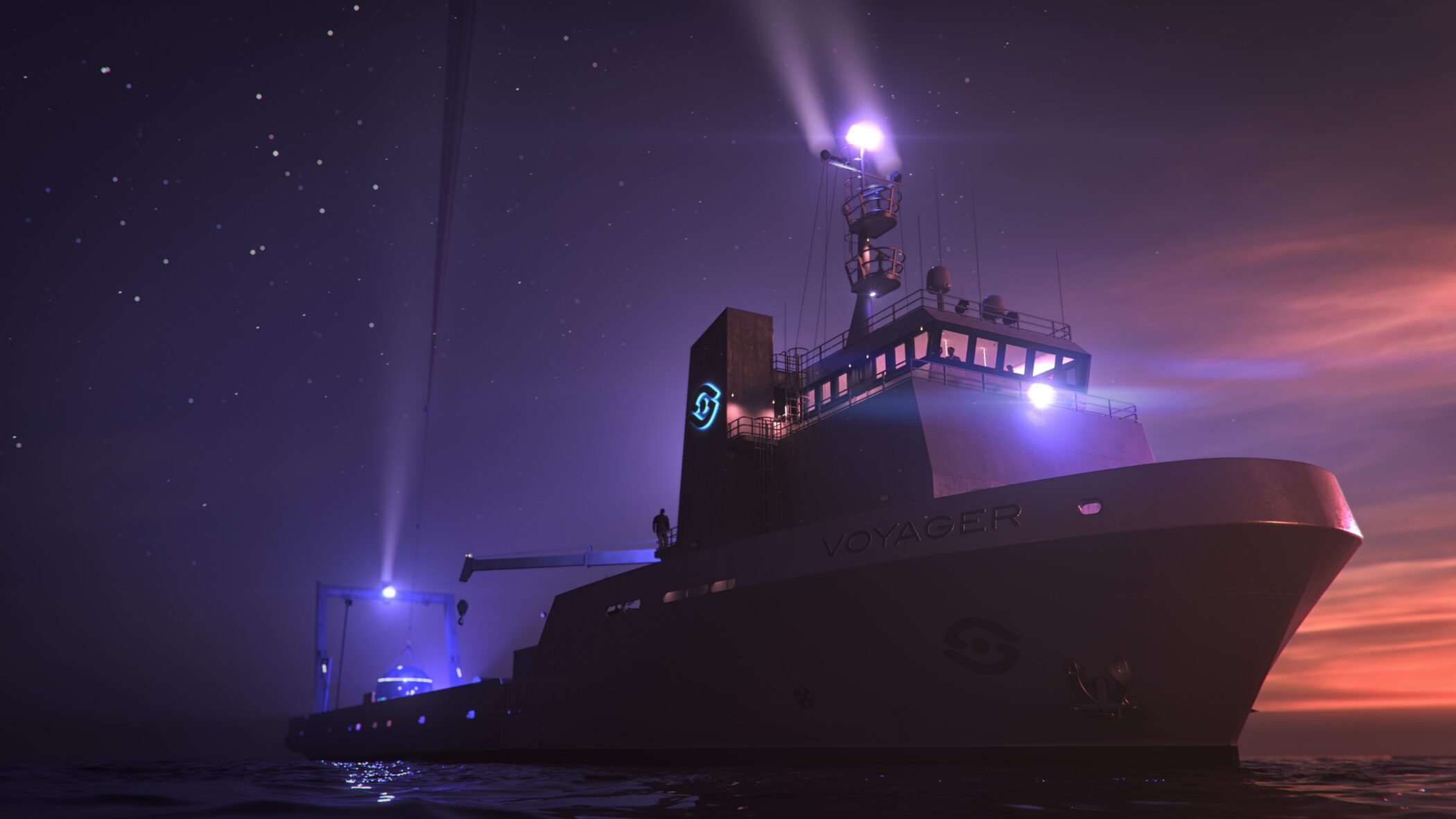 Jane Poynter, Space Perspective’s founder and co-CEO, says: “Space Perspective will change your relationship with our planet by providing the quintessential astronaut experience of viewing Earth from the blackness of space.

“It’s imperative for us to think about our business with a global mindset. Removing geographic borders for launch and landing accelerates our mission of making this transformative experience more accessible to the world and international marketplace – safely, reliably and with minimal impact on our planet.”

The company also says that plans are underway to integrate marine-based launches into marquee global events, and conversations are active with several potential destinations across the globe to offer passengers an awe-inspiring view of some of the world’s most iconic geography.

Poynter says: “We always imagined offering the opportunity to view the most incredible natural phenomena from space, including the Northern Lights, the boot of Italy, the sheer scale of the Nile Delta, and the deep blue seas around the Bahamas. Marine Spaceports like MS Voyager make this a reality.” 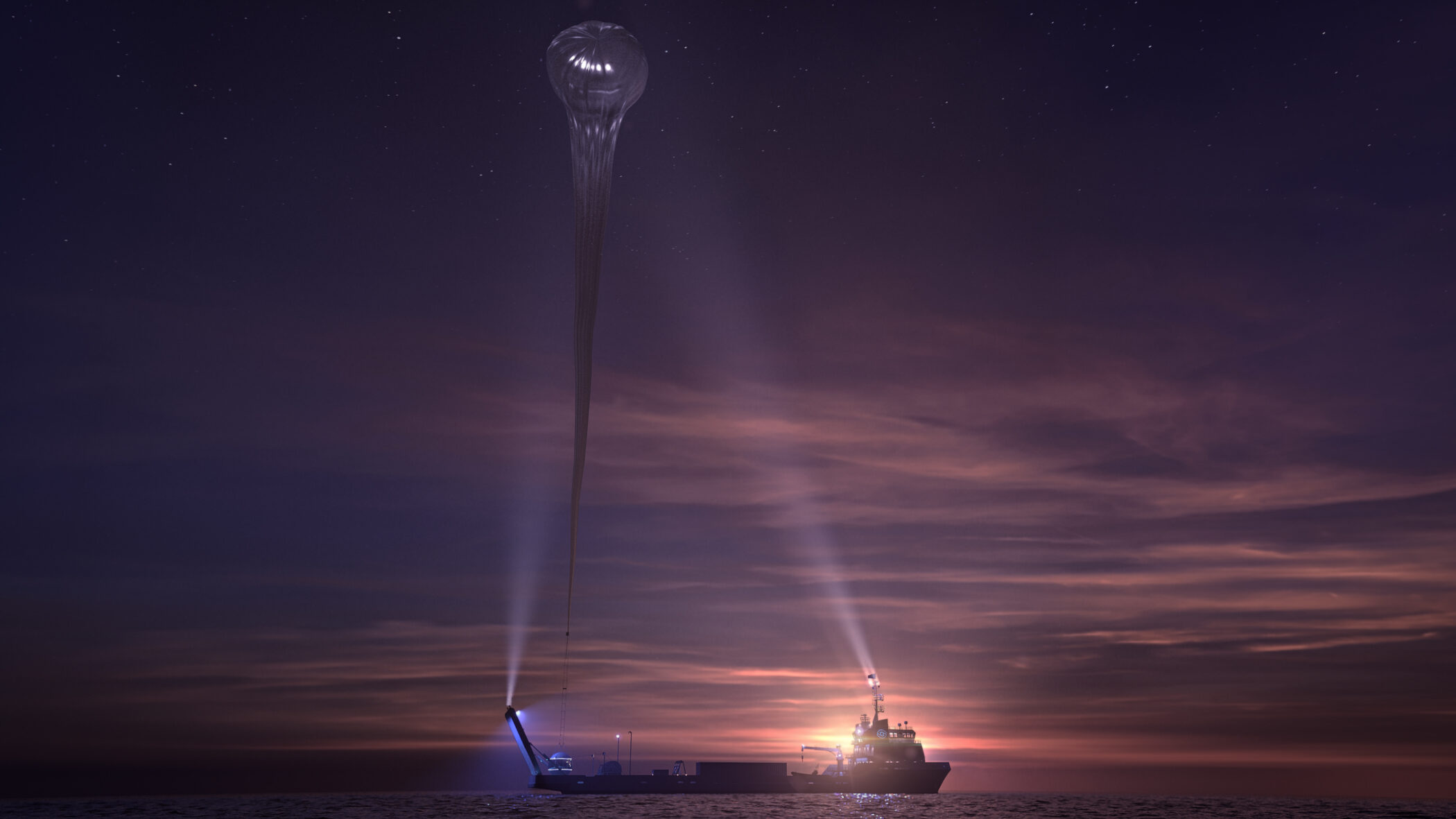 Space Perspective’s founder, co-CEO and CTO, Taber MacCallum, adds: “This is another important milestone and a proud moment for the Space Perspective crew both in terms of pioneering engineering and the ability to scale our offer quickly, globally. We are grateful to our extended crew of dynamic, best-in-class operational partners.”

Acquired from one of the world’s premier shipbuilders, Edison Chouest Offshore, MS Voyager’s marine operations will be supported by Guice Offshore. The 89-metre-long vessel, which will call Port Canaveral its home, is now being outfitted for launch, retrieval and SpaceBalloon operations at Conrad Shipyard – preparations for which were provided by Gulf Ship.

In keeping with Space Perspective’s environmentally conscious ethos, offsets will be provided by Cool Effect, and the vessel itself is being retrofitted to use biofuel to reduce its carbon footprint.

Brandon Ross, general partner of LightShed Ventures, a major Space Perspective investor, says: “We’ve always believed in Space Perspective’s mission and the experience they are bringing to the world through human spaceflight. Unlocking the ability to scale globally with the addition of Marine Spaceports only strengthens the proposition and the power of the company to change people’s lives and the future of our planet.”

The name Voyager is an homage to the Voyager 1 Space Probe mission which, on astronomer Carl Sagan’s request, took a photo of Earth from across the solar system on February 14, 1990.

That photo, now known as the “Pale Blue Dot”, inspired Sagan’s book of the same name and his call for humans to “preserve and cherish the pale blue dot, the only home we’ve ever known” – words that reverberate through Space Perspective’s mission today.