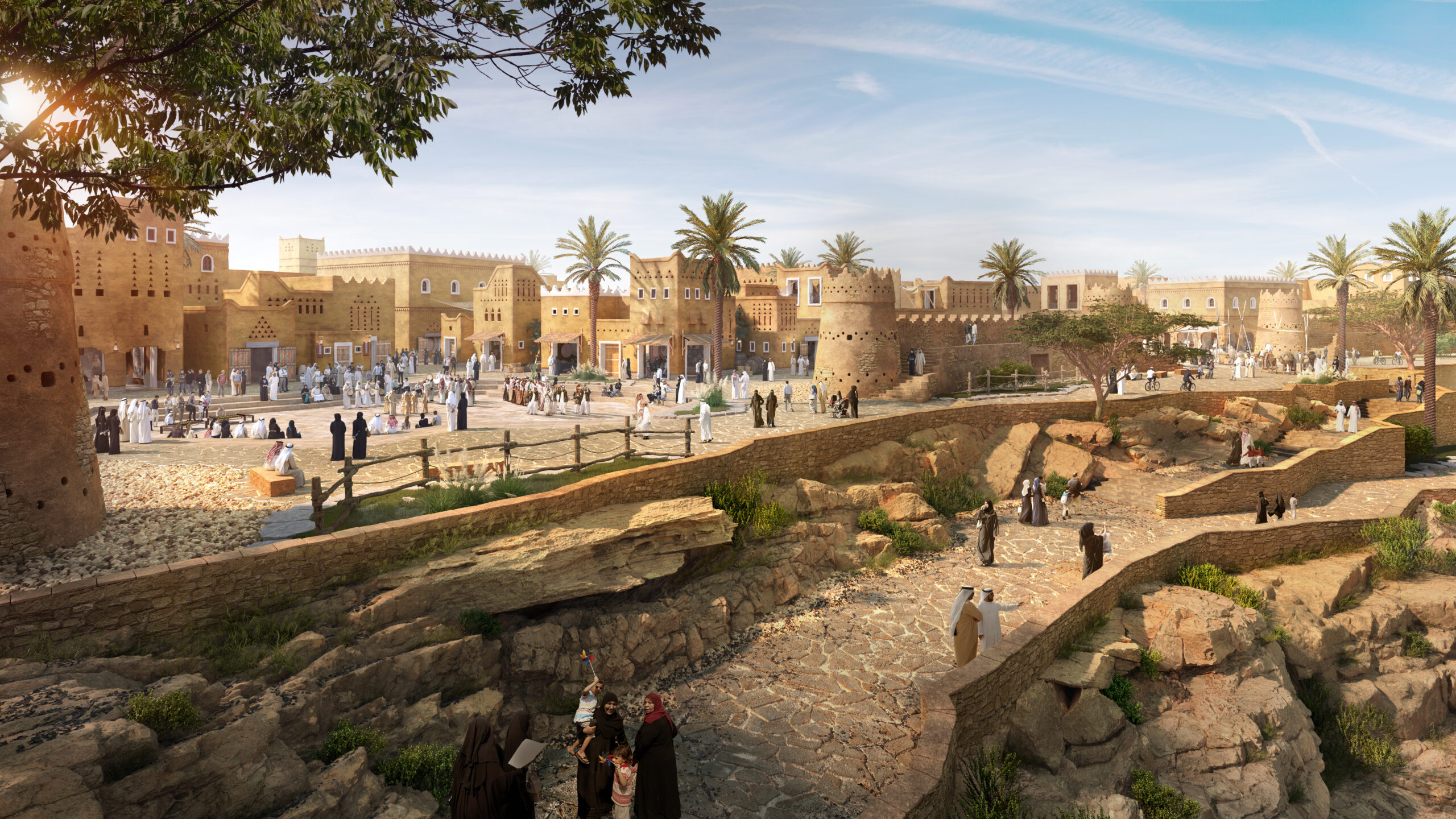 From futuristic resort cities and little-known UNESCO sites, to a more liberal outlook, Globetrender speaks with Jerry Inzerillo, CEO of Diriyah Gate Development Authority in Saudi Arabia, about how the kingdom intends to attract millions of tourists from around the world by 2030.

In November, Saudi Arabia hosted the G20 Summit with world leaders online. How significant was hosting the event for the kingdom and the wider region? What implications does it have for Saudi Arabia’s standing in the world?

Saudi Arabia is the only Arab country in the G20, and as the president throughout 2020 this has been a momentous time for the kingdom. The world’s most powerful countries make up the G20 and these are responsible for shaping global economy and direction – to have Saudi Arabia lead and host this in 2020 is extremely significant.

With the world’s media lens on Saudi Arabia, the modernisation and transformation of the kingdom has been projected globally, helping to shift perception and grow awareness whilst adding power to its “Vision 2030” strategy.

Vision 2030 is a strategic blueprint to transform and modernise Saudi Arabia, creating new sources of revenue and job creation for the kingdom to reduce its reliance on industries more traditionally associated with the nation such as oil.

Tourism plays a huge role in this, and the tourism giga-projects that are being built are critical to the success of the pledge to raise tourism revenue from the current 3 per cent of GDP, to 10 per cent of GDP by 2030.

Alongside this, a drive to develop and grow public sector infrastructure such as healthcare, education and recreational facilities will also mean new opportunities and benefits for citizens, whilst the pledge to embrace a moderate approach will raise the kingdom’s prominence on the world stage. 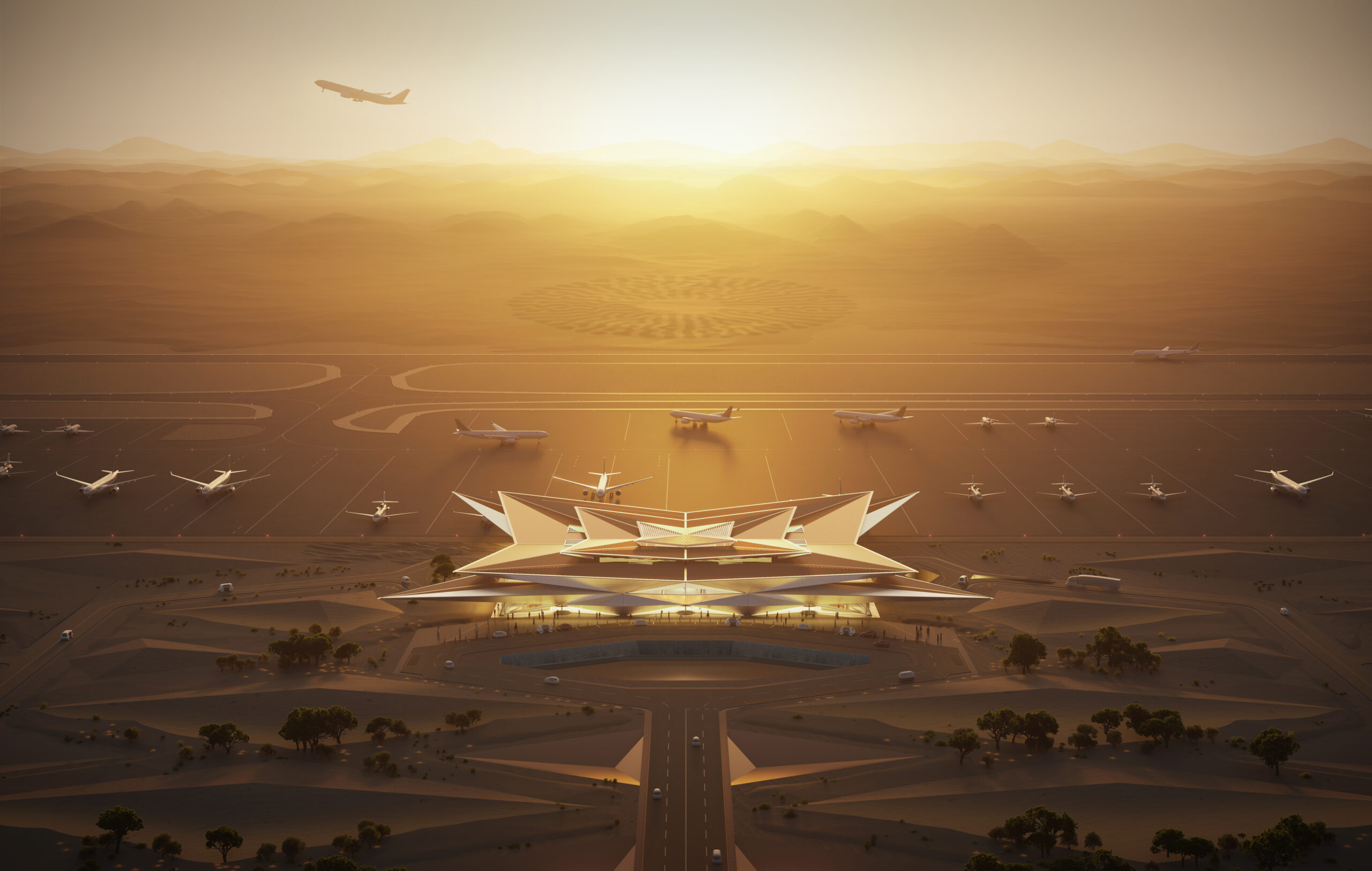 How is Saudi working towards becoming a tourist destination?

Because Saudi Arabia was closed outside of religious tourism prior to the reign of His Majesty The Custodian of the Two Holy Mosques King Salman bin Abdulaziz Al Saud and His Royal Highness The Crown Prince Mohammed bin Salman Al Saud, there were few sources of information about the country in the wider public domain.

But as the destination enters the world stage for the first time, consumers can begin to see a staggeringly beautiful and scenically varied nation, with a huge diversity of geographical typographies, and the Saudis themselves are very warm and generous people.

The tourism projects that are being created can tell this story to the world. The development of the giga-projects make up a critical part of Vision 2030 and will put Saudi Arabia on the international tourism map, providing tangible product and destinations for people to buy into and visit and to challenge long-held perceptions. 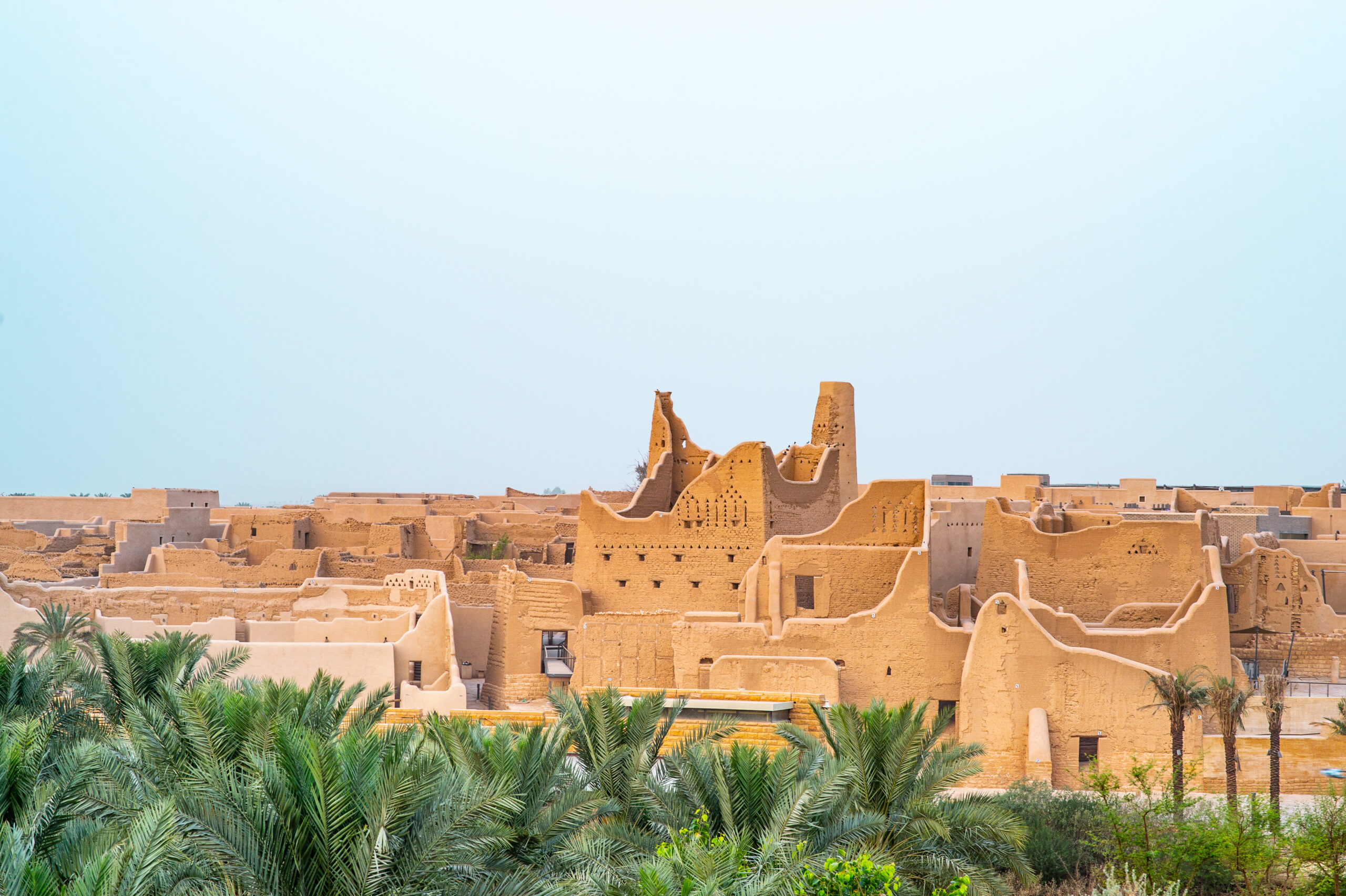 What are the main giga projects the country is working on?

What is Diriyah? What are the core plans for its development?

Diriyah is a historic city, just 15 minutes north-west of Riyadh city centre, which DGDA is transforming into one of the world’s foremost lifestyle destinations for culture and heritage, hospitality, retail and education.

DGDA will create an environment that enhances Diriyah’s national and international relevance, including the preservation of the At-Turaif UNESCO World Heritage Site, which sits at the heart of the development.

Careful restoration of historic Diriyah has been undertaken to create a living heritage site which echoes the remarkable past of the first capital of Saudi Arabia. 7 sq km of Diriyah will be transformed into one of the kingdom’s most prominent tourism destinations. Drawing on the region’s rich past, the Najdi-inspired Diriyah Gate reflects the Najdi architecture of 300 years past, newly adapted for 21st-century living.

On completion, the project will feature an array of world-class cultural, entertainment, retail, hospitality, educational, office and residential areas, including more than 20 hotels, a diverse collection of museums, a bustling retail heart and over 100 places to dine. 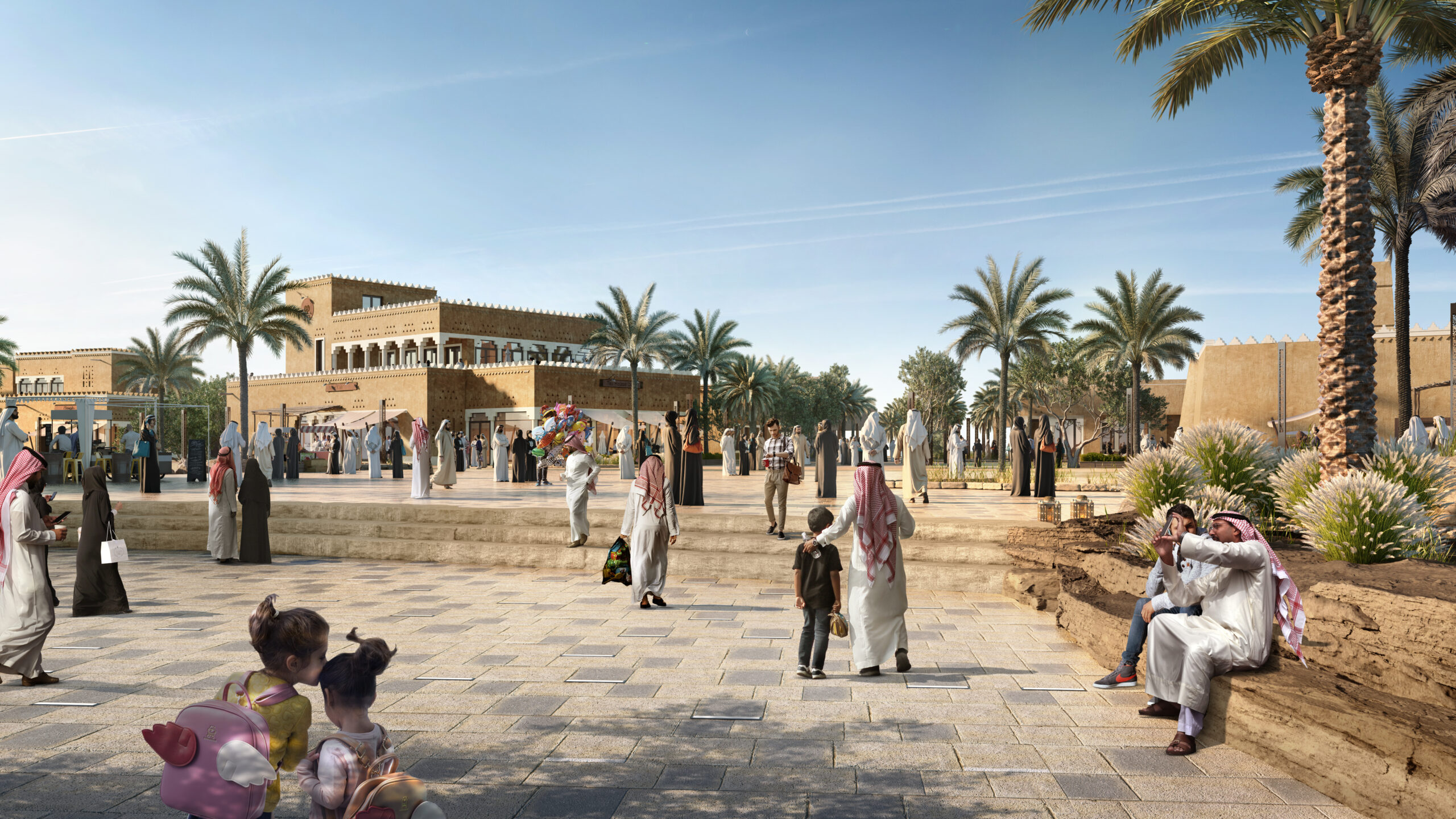 The project includes a series of outdoor plazas as well as a 3km escarpment walk offering views across the historic Wadi Hanifah. Diriyah Gate will comprise the kingdom’s most walkable collection of heritage and culture offerings including more than 20 Saudi cultural attractions.

The premier cultural and lifestyle destination will be home to a population of 100,000 and is set to attract 25 million visitors annually – a place to gather, explore, shop, dine, live and work.

One of the first areas to benefit from the transformation is the existing Bujairi district. Over the coming year, Bujairi will be the first of several areas of Diriyah to experience a major upgrade that will significantly beautify the area, improve infrastructure and enhance the quality of life for the community.

Which nationalities are you looking to attract?

As the world still reels from and continues to face the challenge of the pandemic we are initially very focused on domestic tourism. We passionately believe Diriyah is for everyone – local and international – and we want our residents to become our most loyal and vocal ambassadors, to reintroduce Saudi to the Saudis.

With our unique location just 15 minutes north-west of Riyadh city centre, with a population of 7.2 million residents all within such a small proximity, the scope for us to build economic success for the Development and for Saudi through a “hyper-local” first stage is exponential. As we develop a world-class hospitality and tourism offering we are committed to preservation and stewardship and to serving our local communities as well as international inbound visitors.

Post-Covid we believe that the appeal for Saudi Arabia is vast. Again the access from Riyadh is key for Diriyah, meaning that both the leisure and business traveller transiting through and arriving into Riyadh is within easy distance to us and can visit as part of a wider multi-centre stay in the kingdom, a twin-centre with Riyadh or en route to other global destinations.

In terms of the traveller profile we are looking for in the initial stages we expect a “global adventurer”, those who are keen and experienced travellers who are intrigued by the opening up of the country and want to be amongst the first to see it and witness some of the transformation first-hand.

We also expect cultural travellers who prize history and historical sites to be a key market for us. The presence of a UNESCO site that has been barely seen – even by the domestic market – is truly exciting for those who have “ticked off” many of the other world’s leading sites and are looking for new cultural adventures. 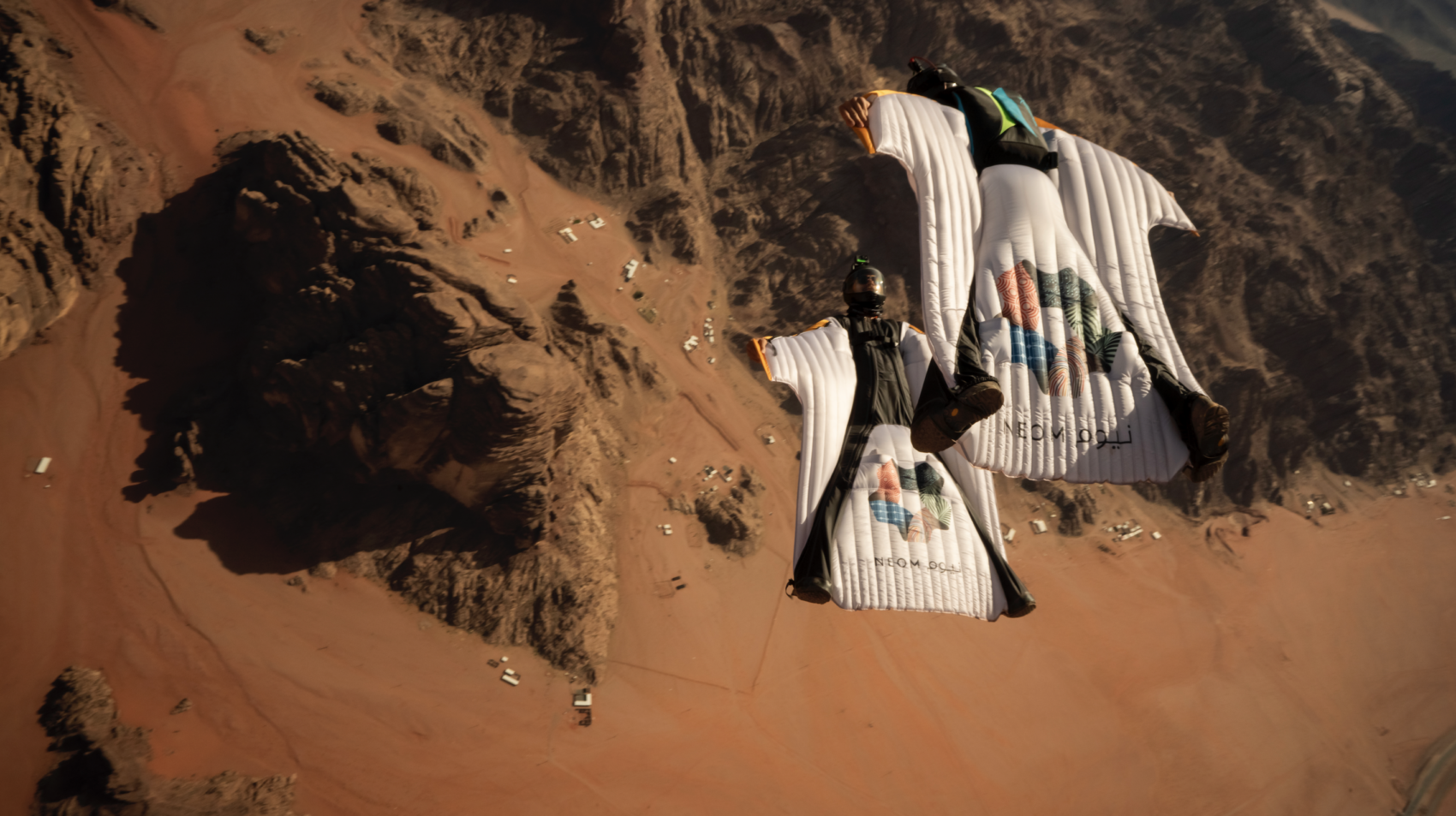 How many tourists do you hope to welcome in the long term?

Our goals is to welcome 25 million tourists annually, adding 27 billion Saudi Riyals (£5.3 billion) to the kingdom of Saudi Arabia’s GDP.

What does 2021 look like for Saudi in terms of tourism? How has the pandemic affected the country and DGDA progress?

The reaction in the kingdom to the pandemic has been astonishing, with the ruling family extending free healthcare and treatment to all residents. This swift and decisive action meant that the numbers have remained low and the spread manageable. This means the kingdom is in better shape than many nations and our lives are near to normal.

Obviously international travel is the big element we all are hoping will return globally and safely soon. The demand to travel is huge. It is in our nature as human beings. After the introduction of the visa-scheme in 2019 we were seeing huge potential and increasing numbers of visitors from those countries with the visa agreement in place including the US and the UK.

Obviously the pandemic has brought this to an abrupt halt. However recent vaccine news is hugely encouraging. The roll-out of an efficient, accessible and internationally available vaccine would obviously increase consumer confidence and give the reassurance to kick-start the market once again.

However despite such a tumultuous year, DGDA is on track with its investment pipeline, we have re-focused our target markets and priorities concentrating on local and regional markets initially as domestic tourism recovers first, then looking to the global market as the world opens up once more.

Interestingly the pandemic has brought about shifts in consumer mindsets which can also be capitalised upon – a desire for remote, off-the-beaten track locations that are under populated; meaningful, carefully curated trips that are more unusual and thoughtfully chosen – we believe trends such as these will result in long-term increased benefit for Saudi Arabia and in particular Diriyah.

With many of the world’s key travel destinations suffering under the weight of capacity management challenges we have a unique opportunity to learn from this and build a sustainable tourism model that benefits the residents of the kingdom both economically and socially. 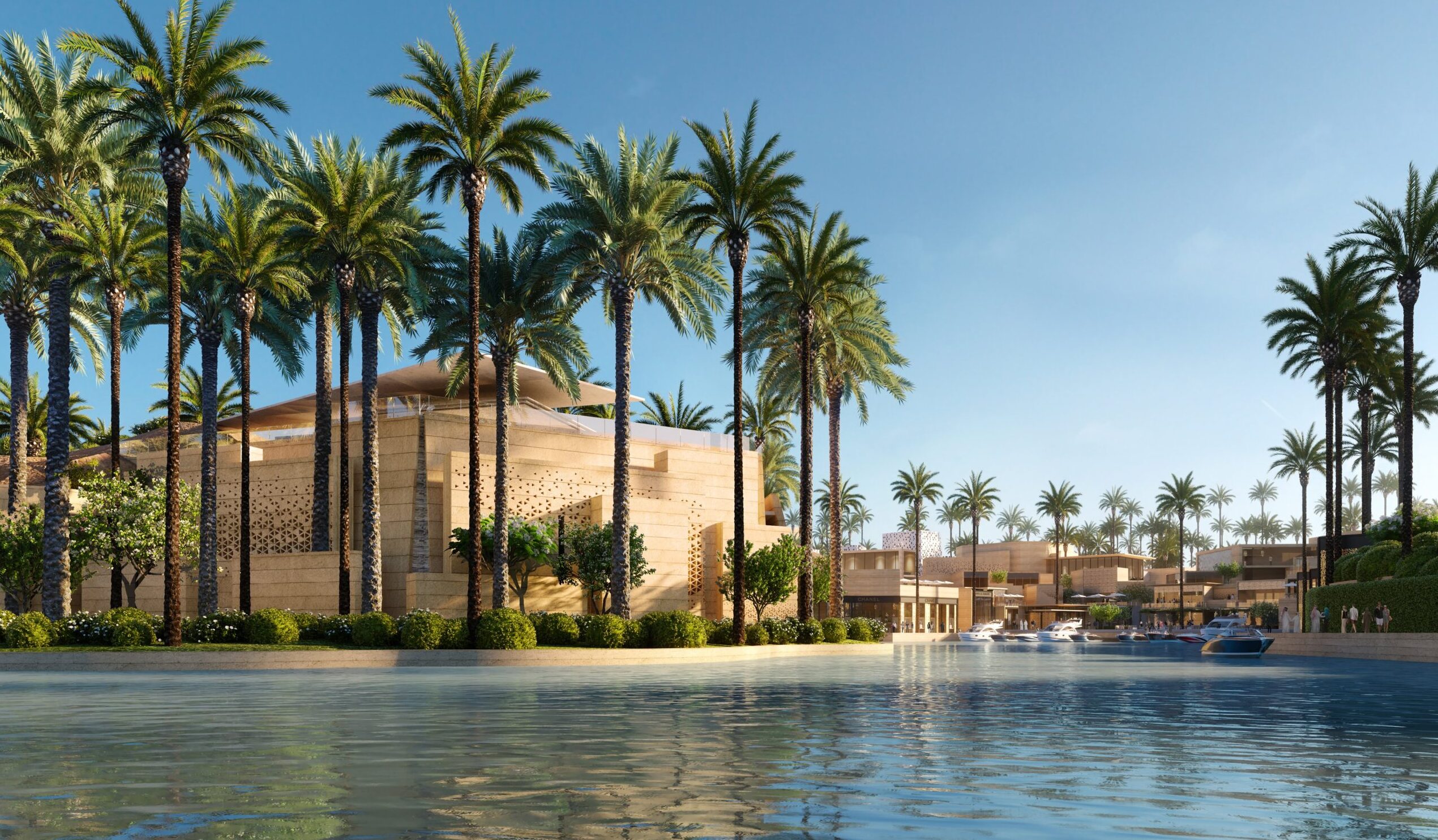 How is Saudi Arabia embracing change and becoming more liberal? How will this play a role in the way it will win tourists in the future?

The pace of change in the kingdom is palpable, driven by the vision and strategy of His Royal Highness The Crown Prince Mohammed bin Salman Al Saud. Key reforms include the proactive development of women’s roles and rights in the kingdom including the goal for more women to be included in the workforce and relaxation over the previous driving ban.

With women more visible in the workforce and community and contributing more to the economy and development of the kingdom, this is creating a shift in attitudes and behaviour that will appeal on an international stage.

The kingdom also has a youthful population with two thirds of Saudi Arabians under the age of 35 – which is also the average age of DGDA employees – due to this the youth are integral to the kingdom’s direction and development.

We are harnessing this young talent for the benefit of Saudi as we strive towards Vision 2030. For many young professionals, tourism represents an opportunity. It is a new industry that they’re excited by.

What role will culture play in the future of tourism to Saudi Arabia and specifically to Diriyah?

Culture is a hugely important part in the emerging and positioning of Saudi Arabia as a tourist destination. Publicising the rich cultural fabric of the nation will give Saudi Arabia a clear tourism identity from which to build upon.

In Diriyah, our key point of difference is an incredibly powerful combination of being home to the Jewel of the Kingdom At-Turaif, coupled with being steeped in over 300 years of royal history, in addition to developing world class, contemporary assets – all reflecting the great future vision of our beloved leaders.

I believe the At-Turaif UNESCO World Heritage Site will become one of Saudi Arabia’s must-see historic tourist destinations – like the Colosseum is to Rome or the Acropolis is to Athens. With little to no understanding or knowledge of the Saudi tourism product outside the kingdom, this icon will be at the forefront of exporting Saudi history and culture to the global travel community and creating a desire to visit, acting as a gateway to the wider destination. 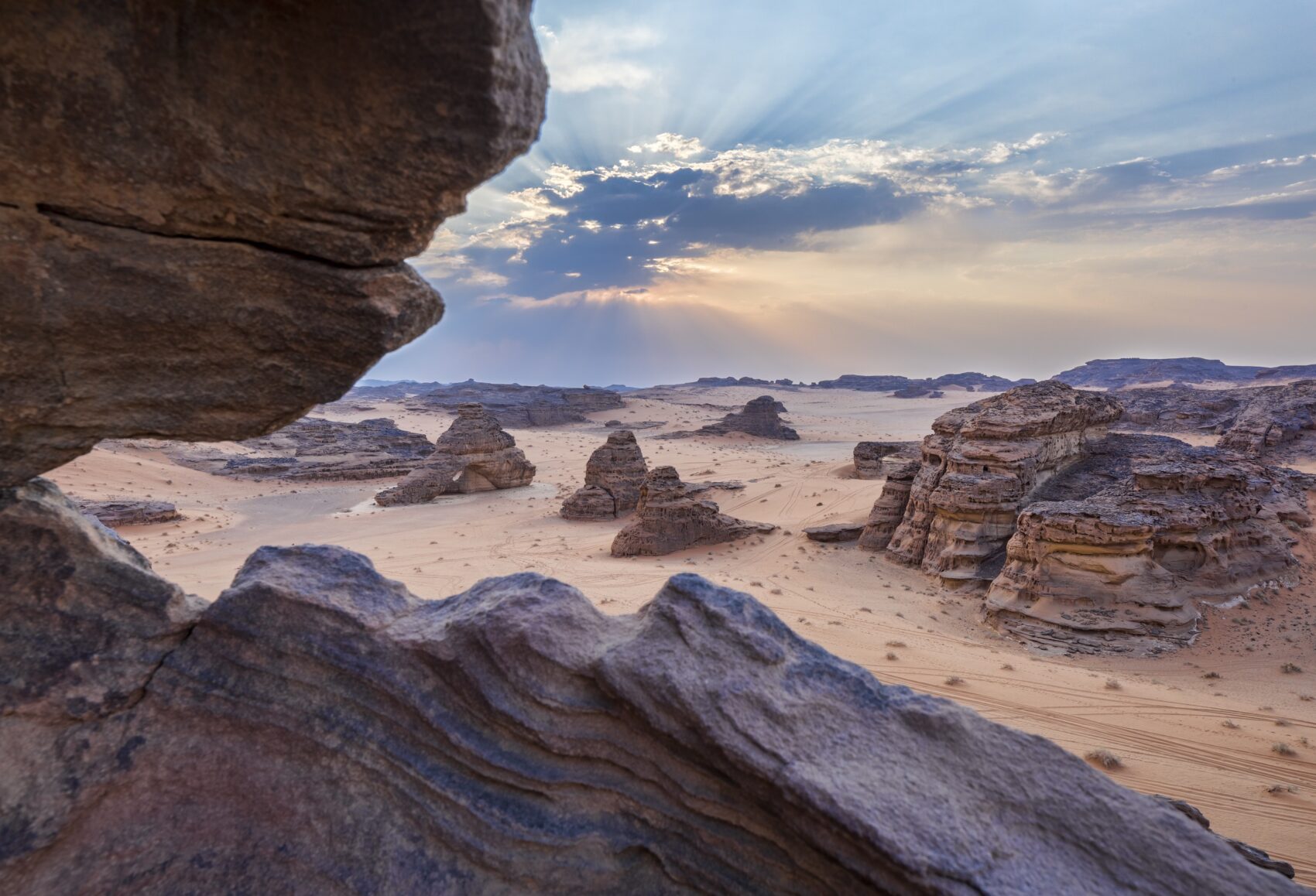 Which hotel chains will be opening up in Diriyah and Saudi Arabia over the coming years?

The luxury 141-key Samhan Heritage Hotel is the first of several luxury hotels to be announced as part of the Diriyah development. The Samhan Heritage hotel will open in 2022 and will be nestled amongst the natural beauty of Samhan district and Wadi Hanifah, only minutes from the At-Turaif UNESCO World Heritage site.

In addition, in Riyadh a new Nobu hotel is due to open in Q1 of 2021. The 23-story glass panelled skyscraper will feature 119 rooms and be located in downtown Riyadh where the mid-range 121-room Holiday Inn Riyadh Al Malaz is also due to open in Q1 or Q2 of 2021.

Further ahead, Intercontinental Hotels Group has announced the opening of the InterContinental Dammam in 2024, strengthening its portfolio in the east of the kingdom. Aman is also planning to open three luxury resorts in the next few years.