Offering more power, precision and an integrated smart analytics platform to capture your progress on the water, Fliteboard 2.2 sets a new standard for the eFoil market. Rose Dykins reports

Powered by an electric motor and rechargable battery, the eFoil is controlled by a handheld wireless remote connected via Bluetooth. The hydrofoil and its accompanying propellor allows the surfboard to fly above the surface of the water.

Unlike a regular surfboard, eFoil allows you to cruise along the ocean on days where there is no wind or waves, and the water is flat. 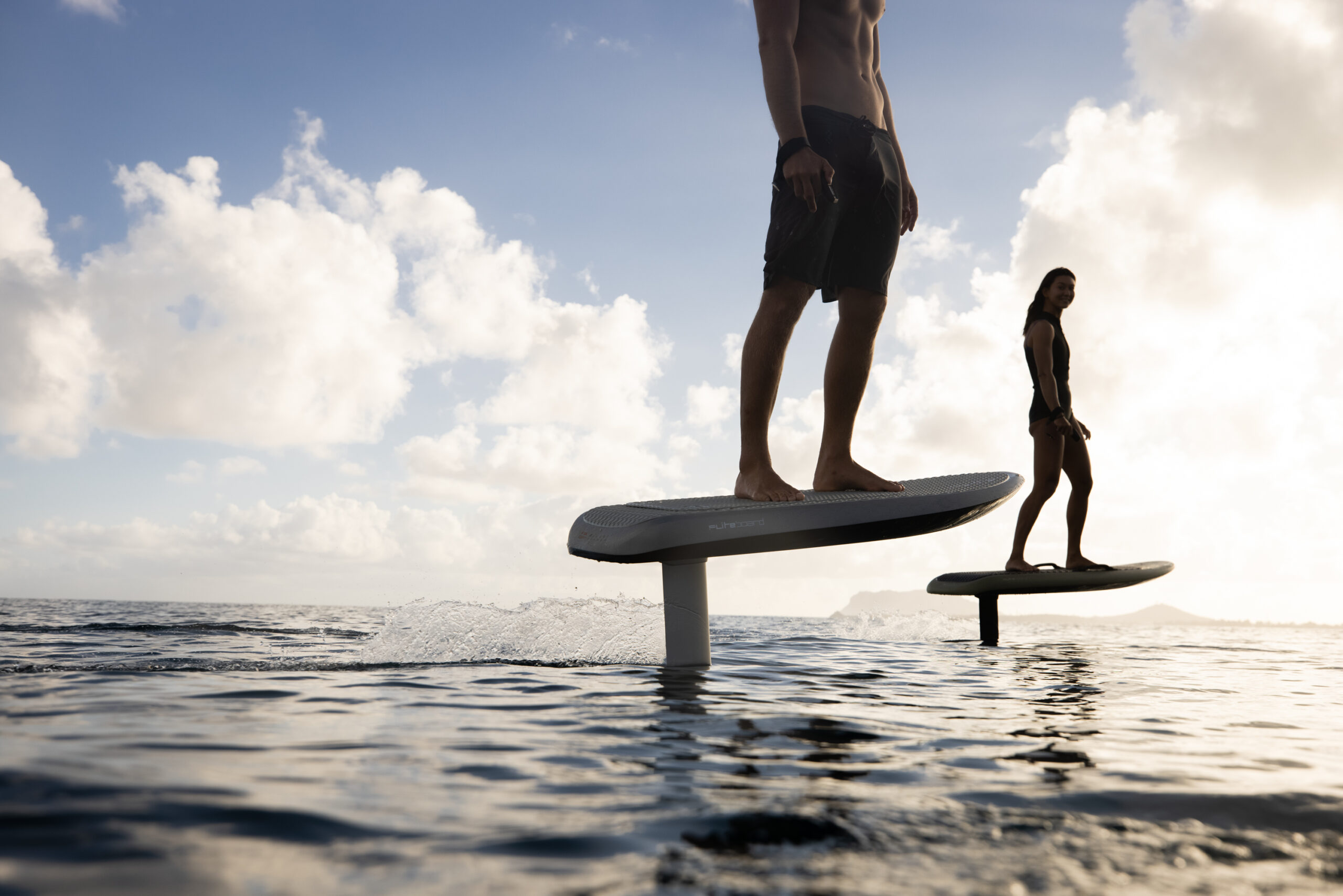 Since launching their first eFoil in 2018, Flite has experienced 100 per cent year-on-year growth, and earned a spot on Deloitte‘s 2021 Technology Fast 50 list in Australia.

In 2021, Flite set a record for the fastest efoil speed in the world at 34 miles-per-hour. And in 2022, Flite’s eFoils were also used to surf the biggest wave ever ridden on an electric hydrofoil. 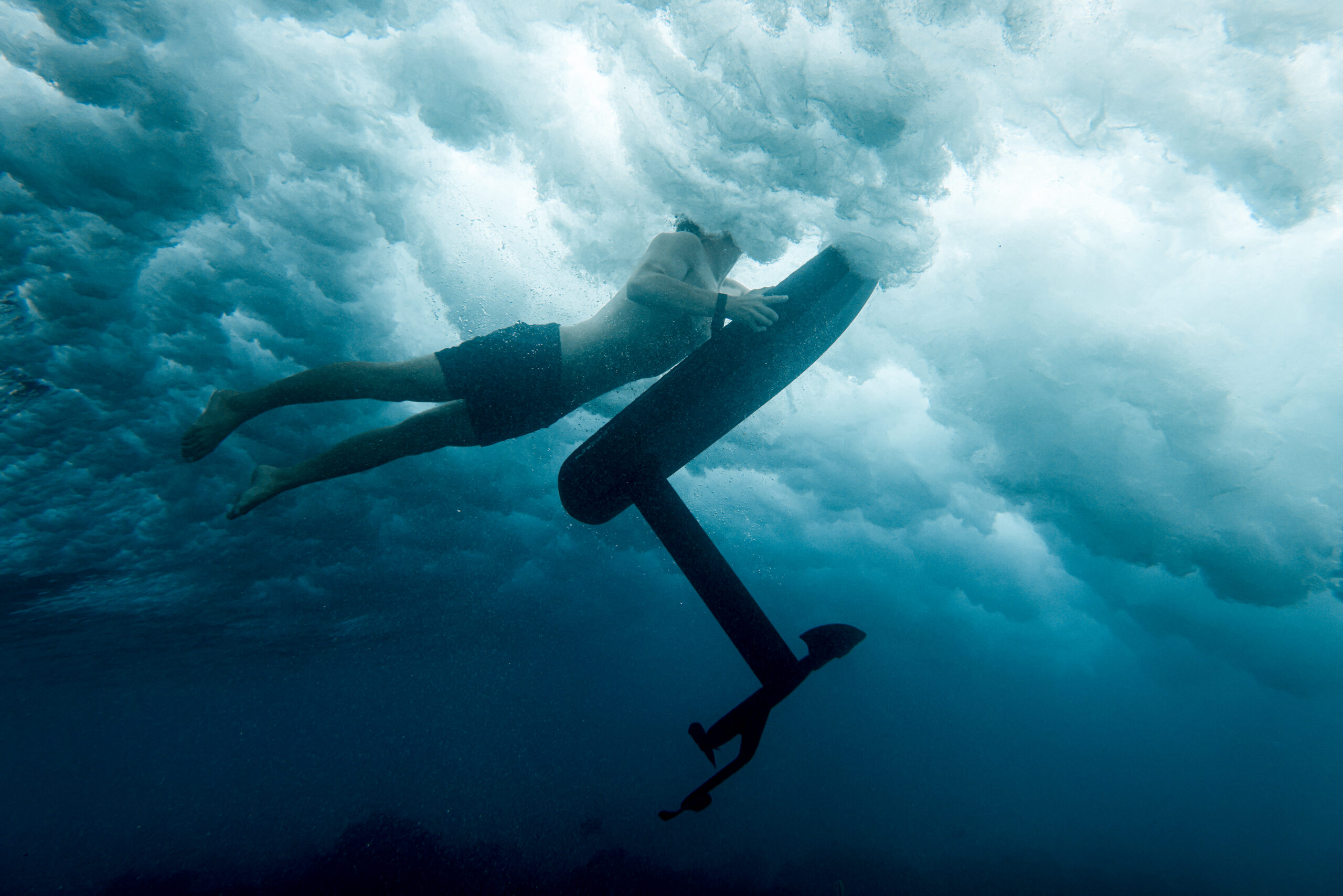 Having established itself as a global leader in eFoil technology, the company has upgraded its existing Fliteboard model with a slew of new features.

“Series 2.2 melds all of our technology into an even quieter ride, with twice the potential power, and more control,” says David Trewern, Flite’s founder (he is also a former kite-surfing world record holder). 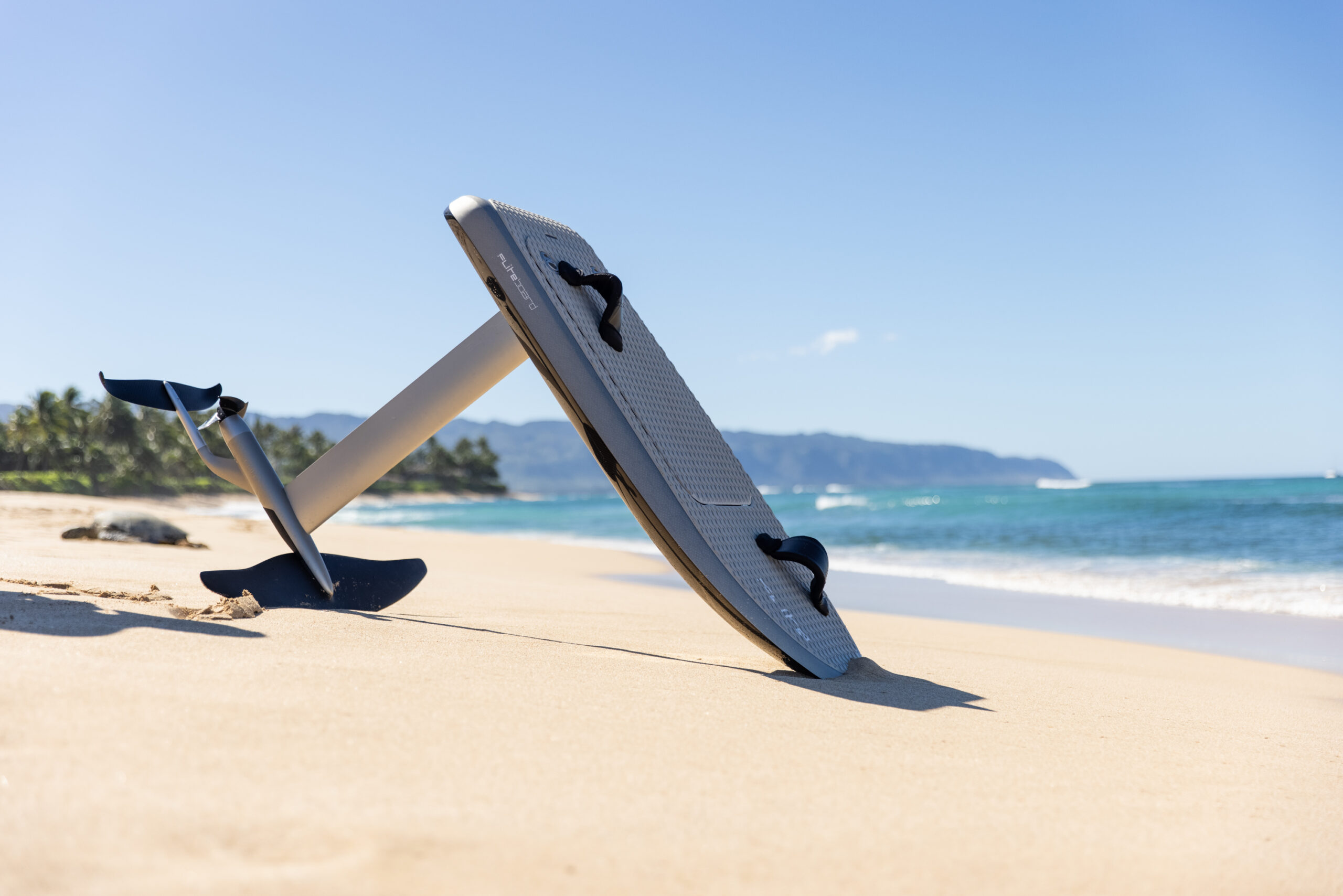 For Fliteboard 2.2, Flite has developed an innovative new marine battery called Flitecell. It has titanium plates that replace the previous aluminium design, making Flitecell highly resistant to corrosion, more lightweight and more resistant to impact. It also now has the same 21,700-cell quality used in batteries for hypercars, which translates into a powerful ride. 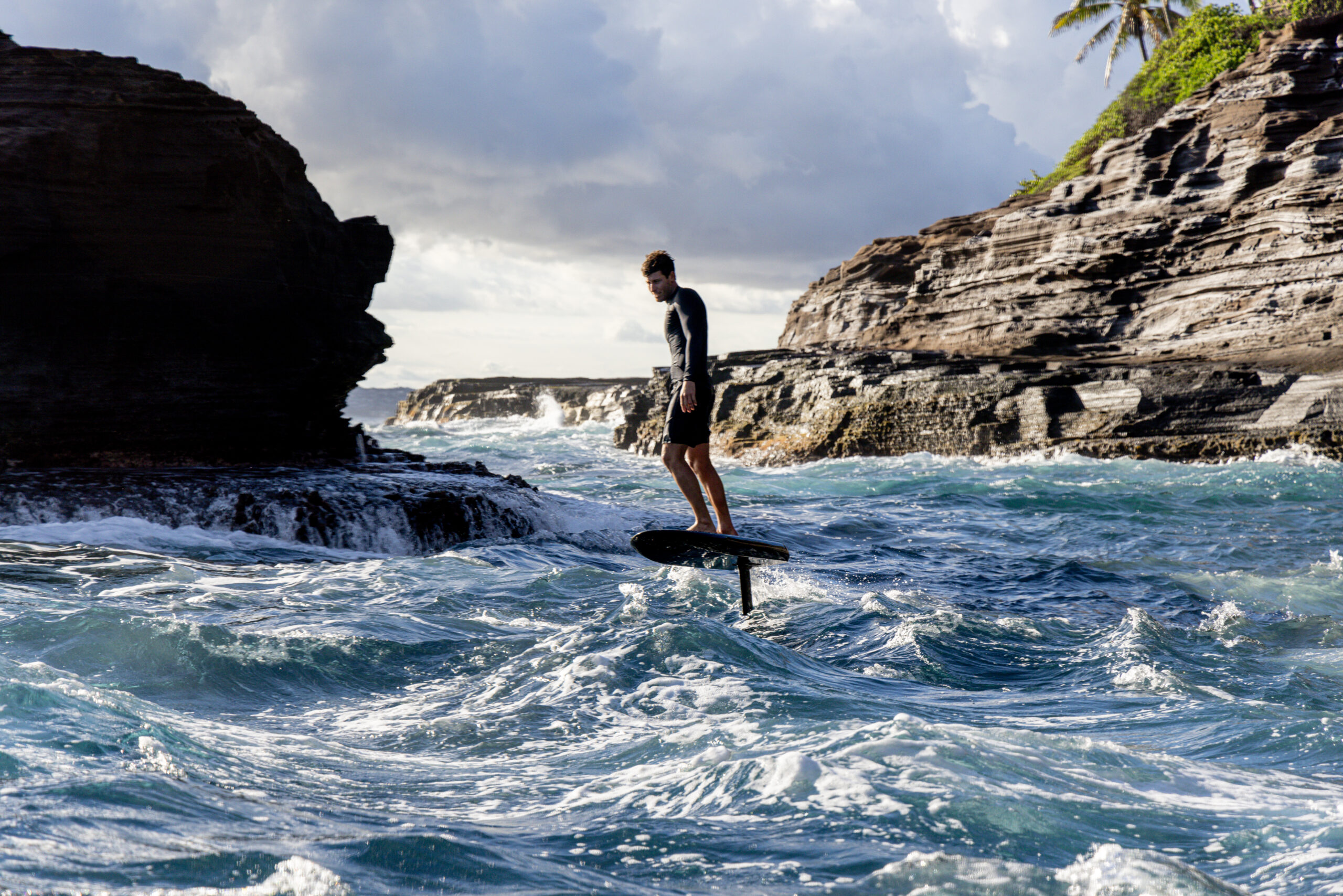 The new Fliteboard also has a quieter motor, and a re-positioned motor thrust that’s now in line with the main board’s wing, allowing for greater precision and better balance. And its new handheld remote also has double the trigger range, giving more intuitive control over the surfboard. 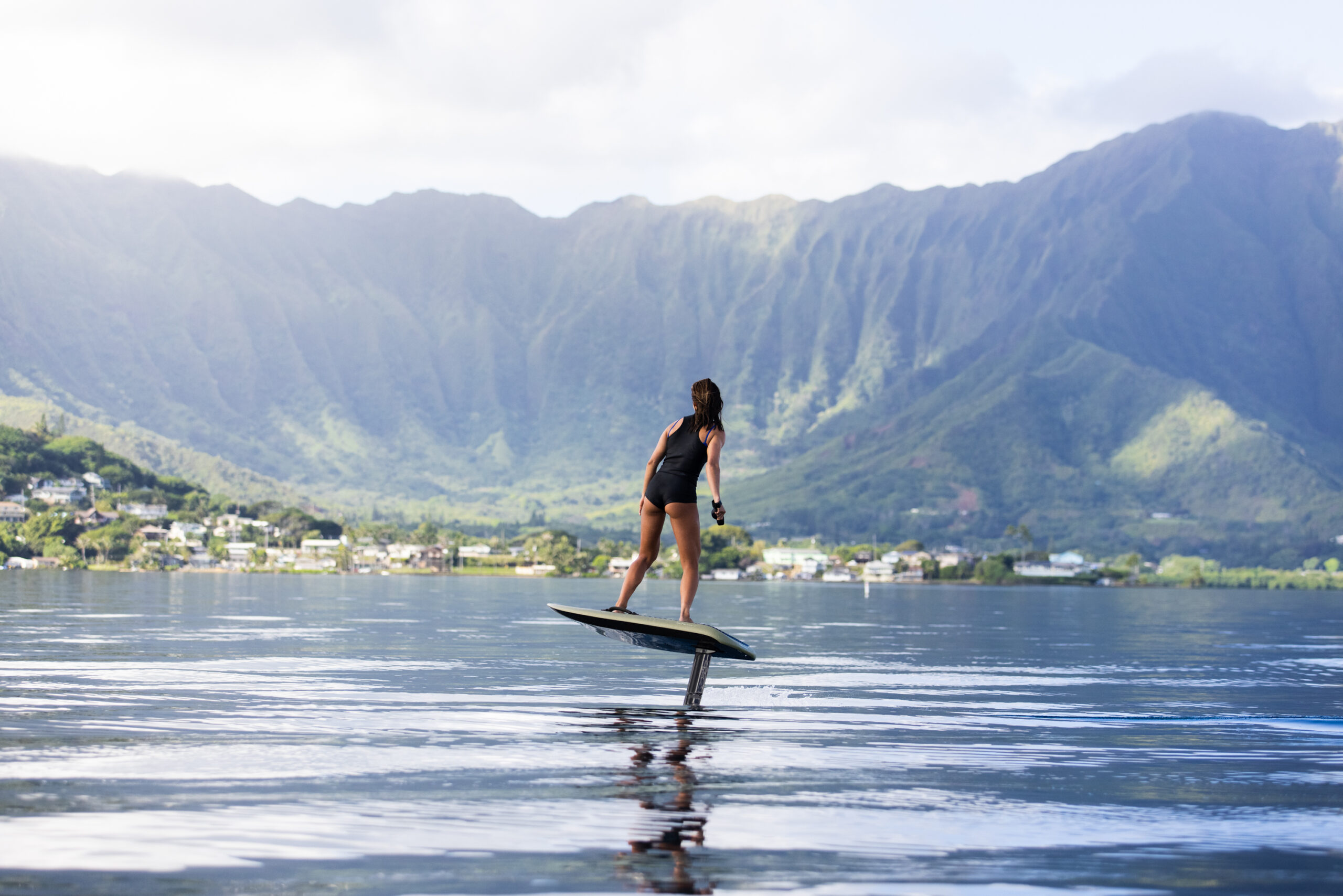 The new Flite App is compatible with Fliteboard 2.2. The eFoil’s inbuilt Wave Mode platform captures data about users’ time on the waves, measuring ride time, distance, speed, and turns. This information can be shared via the Flite app to connect with a global community of eFoil enthusiasts, online leaderboards and competitions. 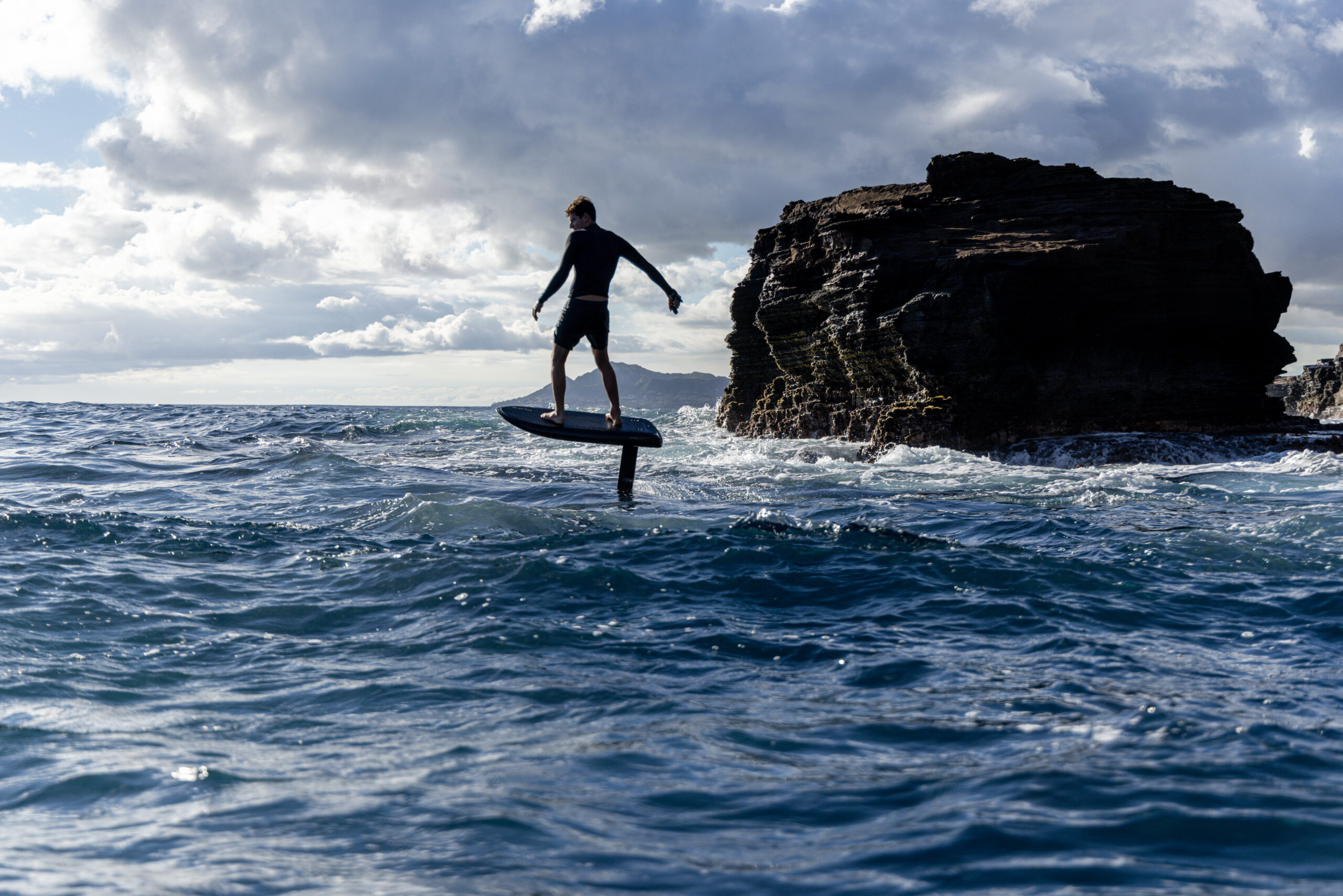 Commenting on the new features, Trewern says: “Series 2.2 is the pinnacle of our achievements to date. If you’re looking for the ultimate ride, this is it.”

As well as becoming rapidly popular with sport enthusiasts, Flite also envisions its eFoils as offering a sustainable alternative to motor-powered boats for travelling from A to B.

The company’s website reads: “Flite is constantly innovating in the field of electric marine power and watercraft propulsion. We’re pioneering a future in which petrol fumes and slicks are no longer found in our waterways and the revving of boat engines is replaced by a whisper.”