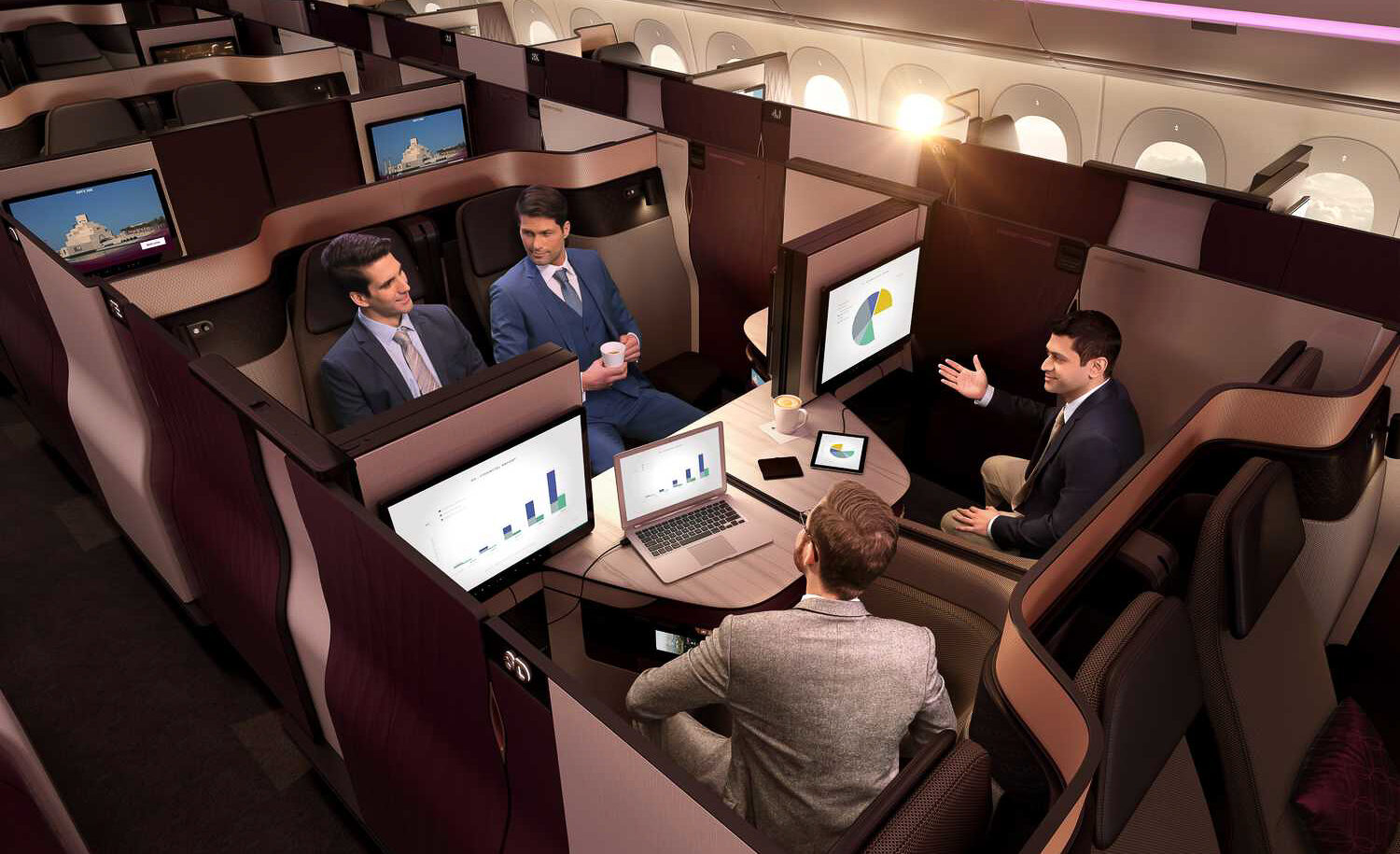 What’s it like to fly Qatar Airways’ QSuite during the pandemic?

Qatar might be one of the smallest Middle Eastern countries but it packs a mighty punch. Sure, it’s the richest country in the world per capita thanks to its bountiful natural gas and oil reserves, but what most of us really know and love it for is its national carrier, Qatar Airways.

A runaway success since it launched in 1993, Qatar continues to pioneer aviation innovation, progress and safety, dominating the Skytrax World Airline Awards (the Oscars of the airline industry) year-after-year. The airline has had no fatal incidents since it started operating and takes the second spot after Qantas in the world’s safest airlines, according to AirlineRatings. 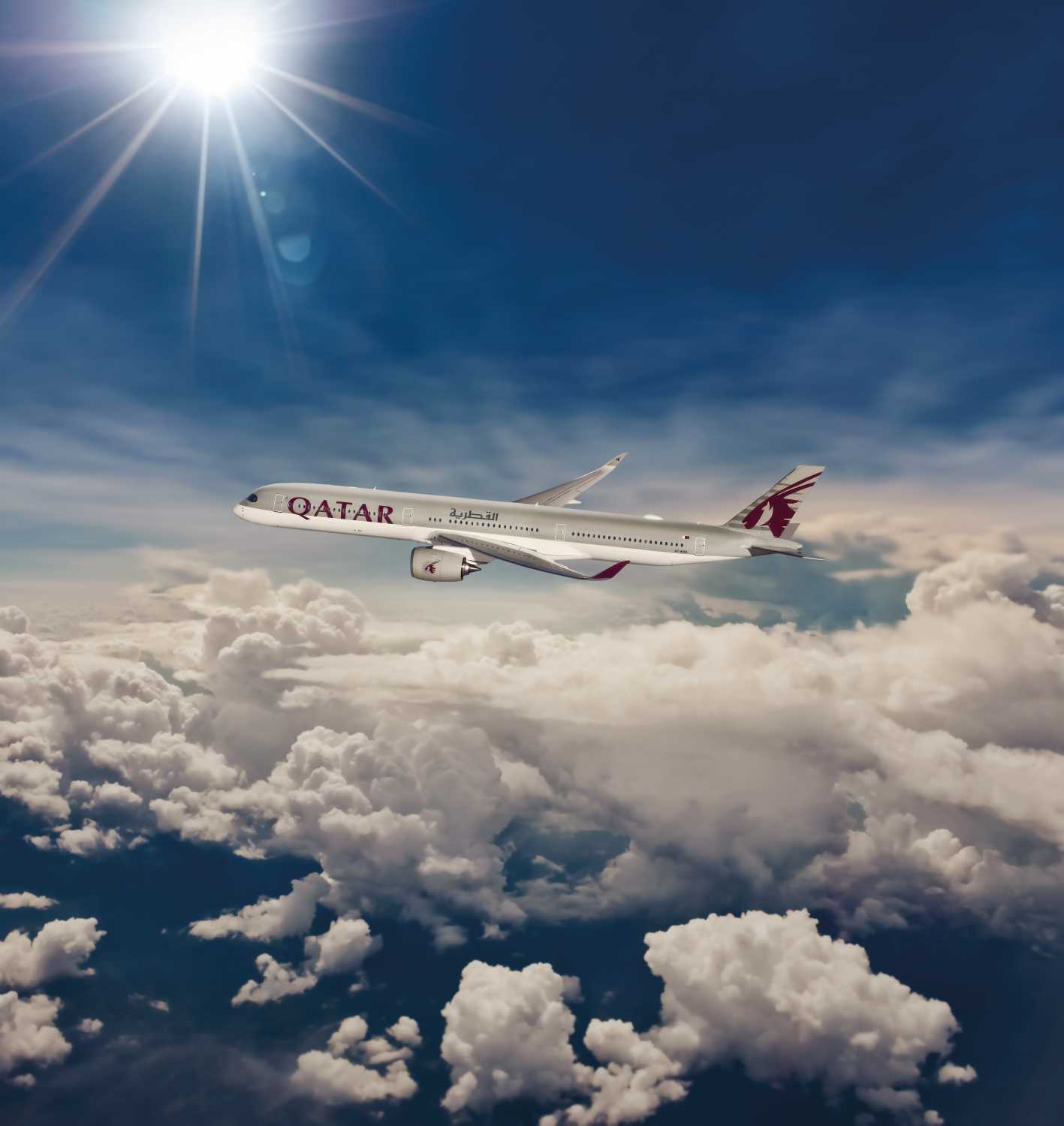 It’s home, Hamad International, is pretty special too. An architectural masterpiece and genuine gateway to the world, five planes either land or take off here every three minutes as the airport serves over 360,000 flights and 30 million passengers every year.

In March, one of these passengers was me, en route to the Maldives from London Heathrow via Doha  – and in business class. Although there is a ban on holidays from the UK, I was going for work purposes (lucky me).

Qatar shines in the premium sector (it was named “Best Business Class” in the world by Skytrax in 2019 – the 2020 awards were cancelled for obvious reasons), so my expectations were running high.

In another life I’d have headed straight to Qatar’s Premium Lounge at Heathrow, with its Arabian water fountains and mosaics, open theatre-style kitchen and spa-inspired shower suites. But this being the age of Covid-19, the lounge was closed, and instead I was left to roam the forlorn and forgotten halls of Terminal 5, laser-focused and goal-set on that first sip of champagne. 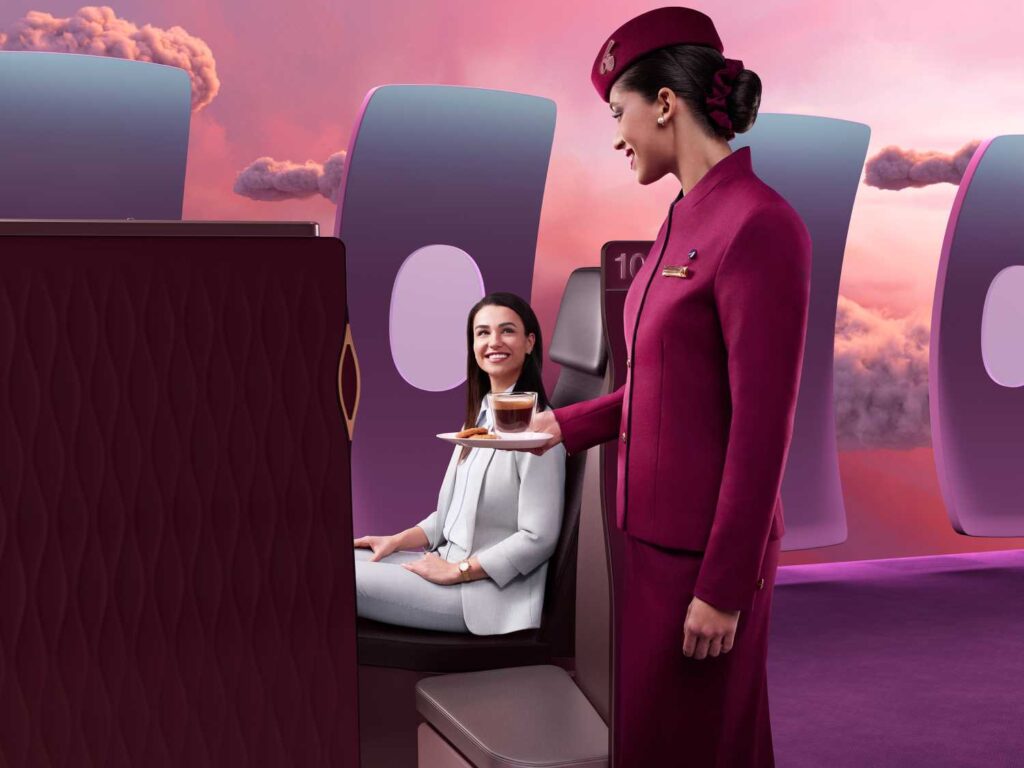 Finally onboard and greeted by an air hostess, after a swift turn left, it was moments before I was settled in Qatar Airways’ business class QSuite, with a beading glass of Laurent Perrier rosé in my hand – as well as a kit containing anti-bacterial wipes and a mask. Cheers.

This was the first onboard reminder that I was flying during the pandemic – what next? Would cabin crew enforce the need to wear a mask at all times? Would they be in full PPE? Was I going to be comfortable if the plane was full?

The crew were indeed kitted out in full PPE but they were incredibly relaxed about passengers not wearing masks – in business class, at least – and I was able to enjoy the flight without wearing one, as I preferred. 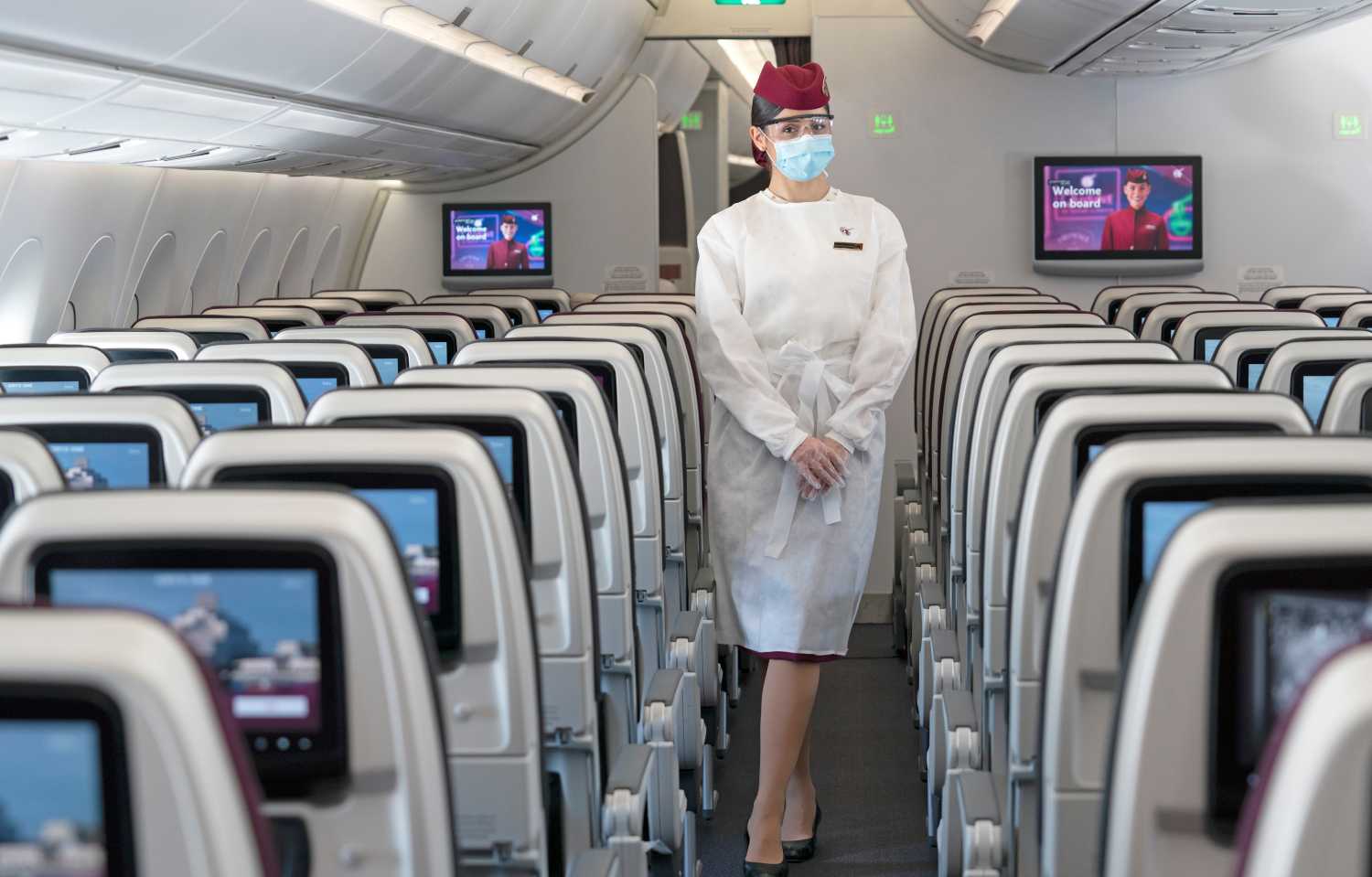 There is so much space in the QSuite that, even if the section was full, I don’t think you’d notice or feel the need to take further seats to yourself. In economy, however, it might be a different story.

Qatar’s ultra-premium QSuite offering made a splash when it debuted in 2017 and it remains the gold standard of business class air travel today. The highlight here is the quad configuration, a social space that adapts to accommodate a group of four, thanks to two aft and two forward-facing seats. On either side of the quad is a single seat. 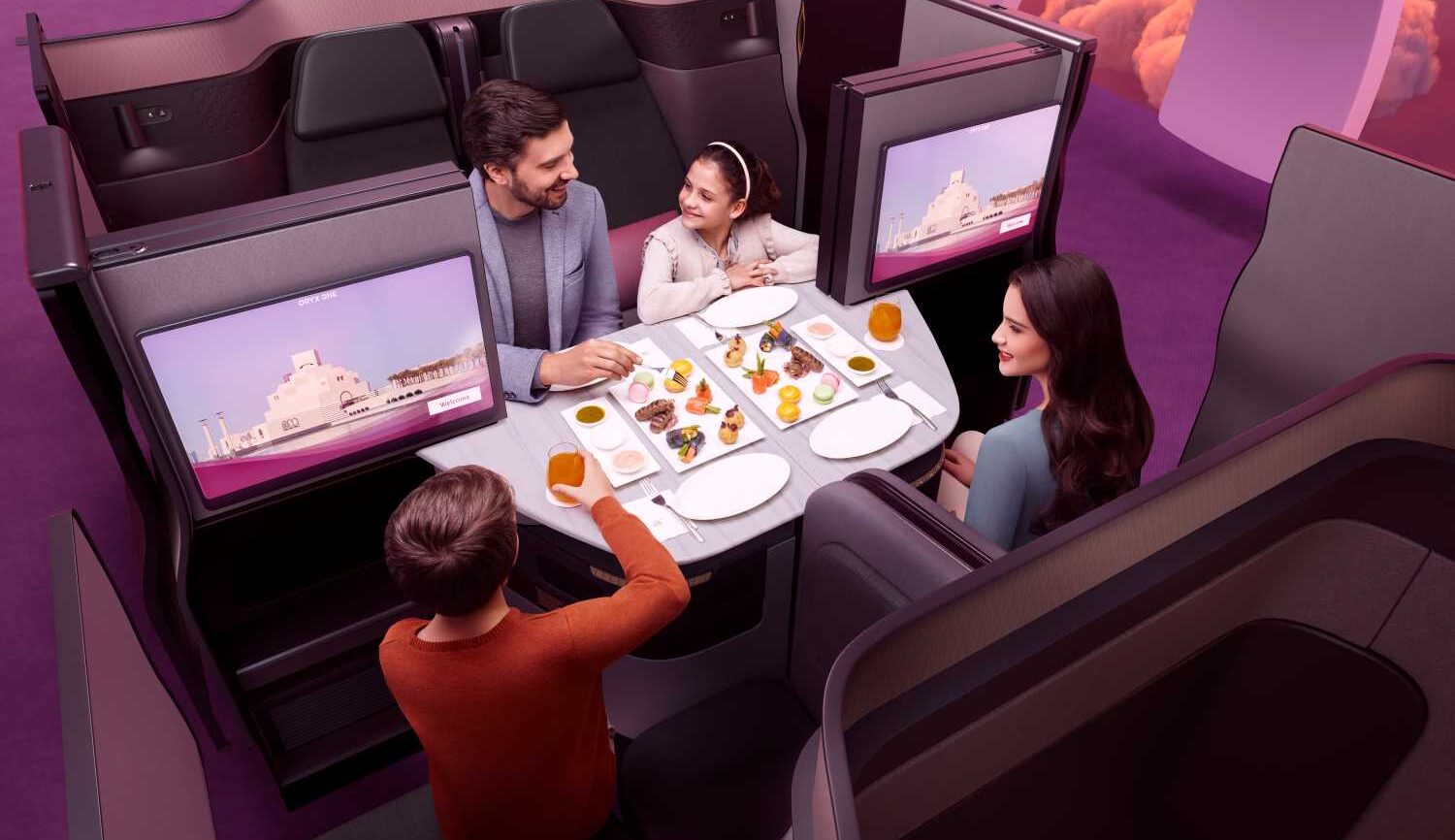 The quad configuration is ideal for both business meetings and friends or families that are looking to share the travel experience. The best bit? Dividing panels easily transition the cabin from a social to a private space – perfect for when you’ve had enough talking and want to enjoy a movie.

After the excitement of take-off, I decided to do just that and lay back in my own cocoon, beautifully designed in rich purples, greys and moody rose gold tones. These colours are echoed by complementary mood lighting for a rich, warm ambience.

A studio apartment in miniature (my London flat isn’t much bigger), inside your pod, there’s everything you need – and more. 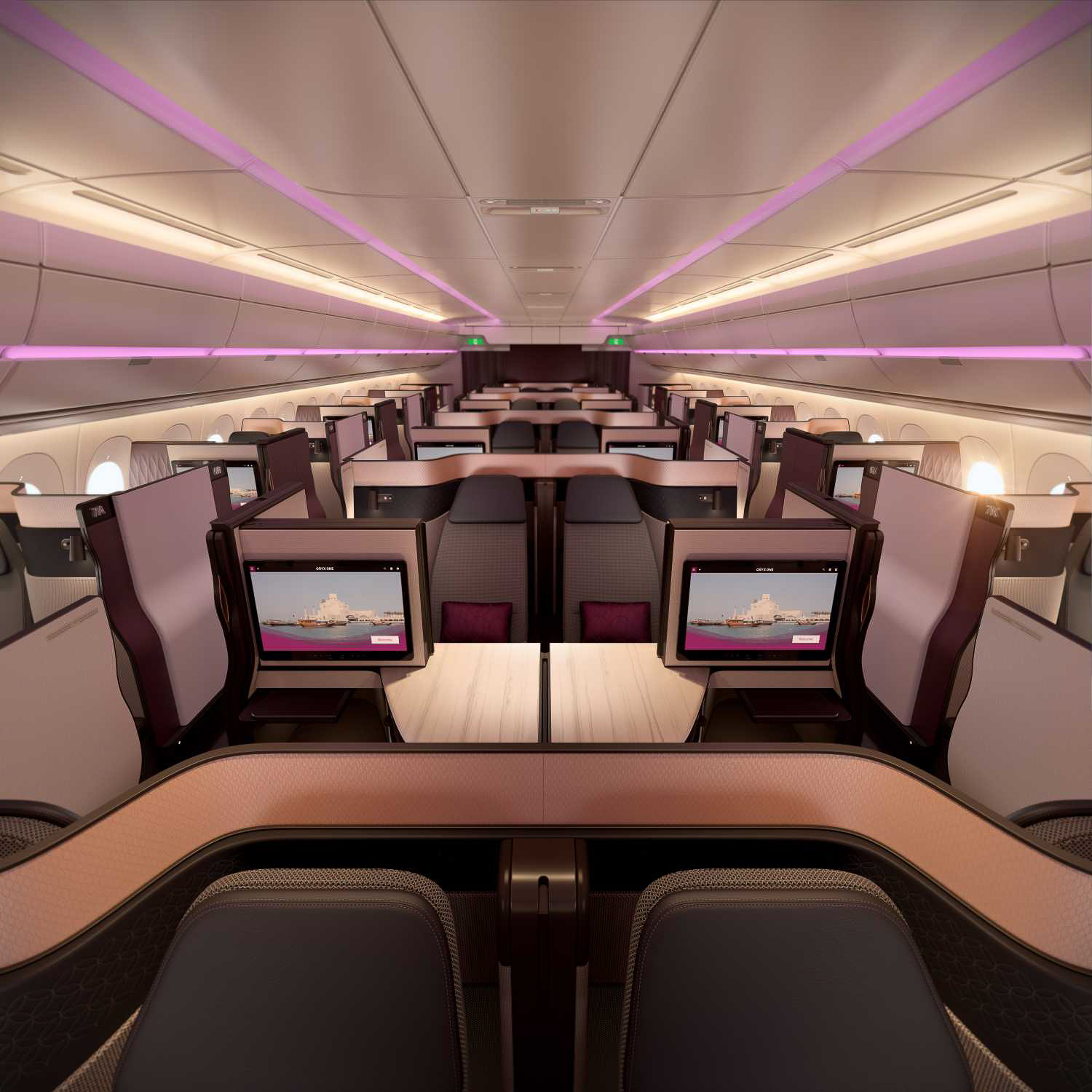 Plentiful storage allows for easy access to hand baggage, there’s a generous amount of desk space for dining or laptop usage (featuring an all-access power port), a huge touchscreen for entertainment immersion and, to top it off, the beds lie fully flat for a proper sleep. And – even more amazing is that central pairs of seats transform into double beds (see below).

If this is heaven, the angels are the cabin crew. The beatific team glide about the aircraft in PPE like swans on a lake, bringing with them just the right amount of fuss along with beautifully presented platters of food and elegant drinks. Nothing is too much trouble and every delivery arrives with a smile.

Passengers are given free-rein over the menu; nothing is off limits and you can eat in any particular order. Tiramisu to start? Why not. 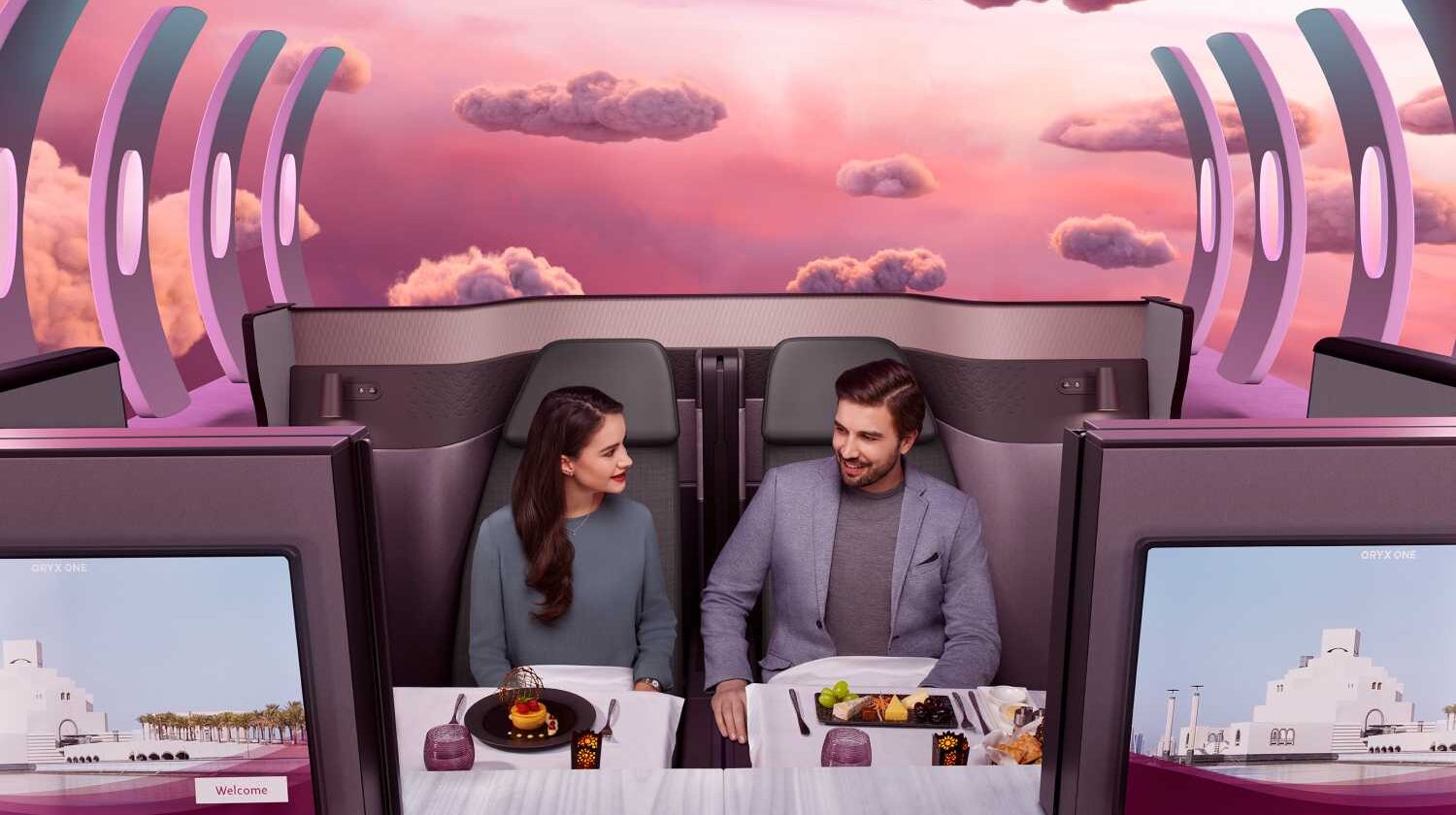 In the spirit of a thorough review, I thought it best to order (nearly) one of everything. From Arabic mezze to smoked salmon, a reuben sandwich, lamb tagine and boeuf bourguignon, plus some excellent veggie and vegan options (spinach and tofu tortellini, I’m looking at you), you really can’t go wrong. Add Qatar Airways’s extensive list of premium wines and spirits and you’ve got one hell of a party.

There’s a damn good onboard afterparty too, courtesy of the Oryx One entertainment system. Offering a whopping 4,000 plus viewing options, if you’re anything like me you’ll spend more time trying to decide what to watch than actually watching anything at all. 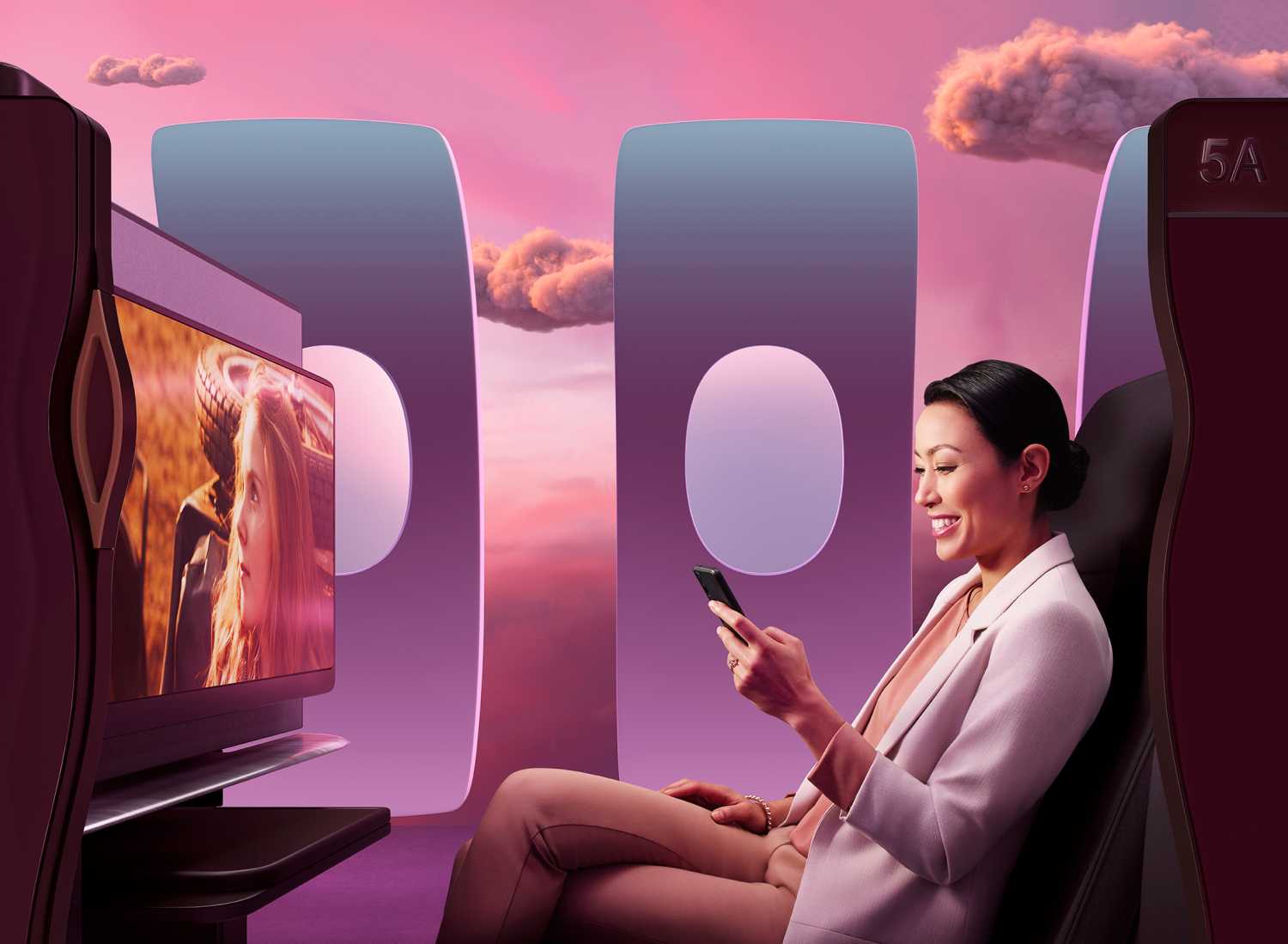 Triumphantly, I found series two of the excellent HBO series Succession, tipped my seat back and settled down in Qatar Airway’s free White Company PJs to snooze in and out of the trials and tribulations of the Roy family.

If you’re so inclined, the team will facilitate a turn down service complete with pillows and a quilted mattress and a soft, then swaddle you in a quilted duvet before you nod off. 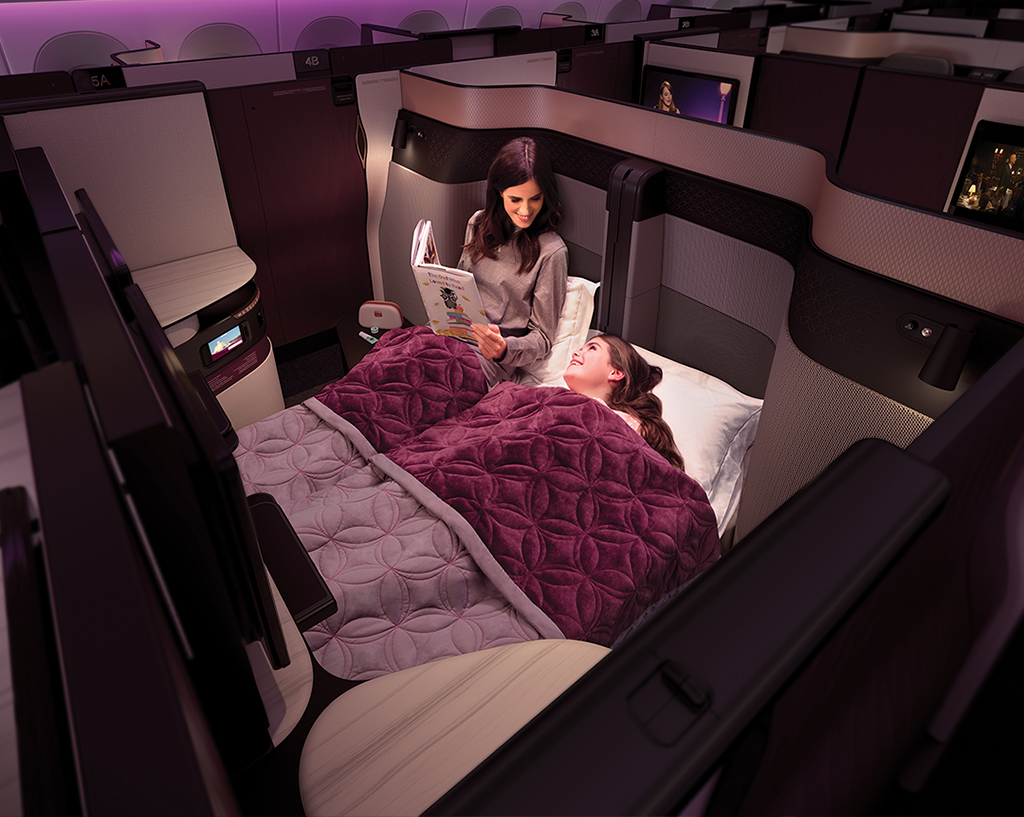 Amenities come courtesy of Italian luxury brands BRIC’s and Castello Monte Vibiano, both of which are perfectly nice but I’d have preferred to see a Qatari brand taking centre stage. 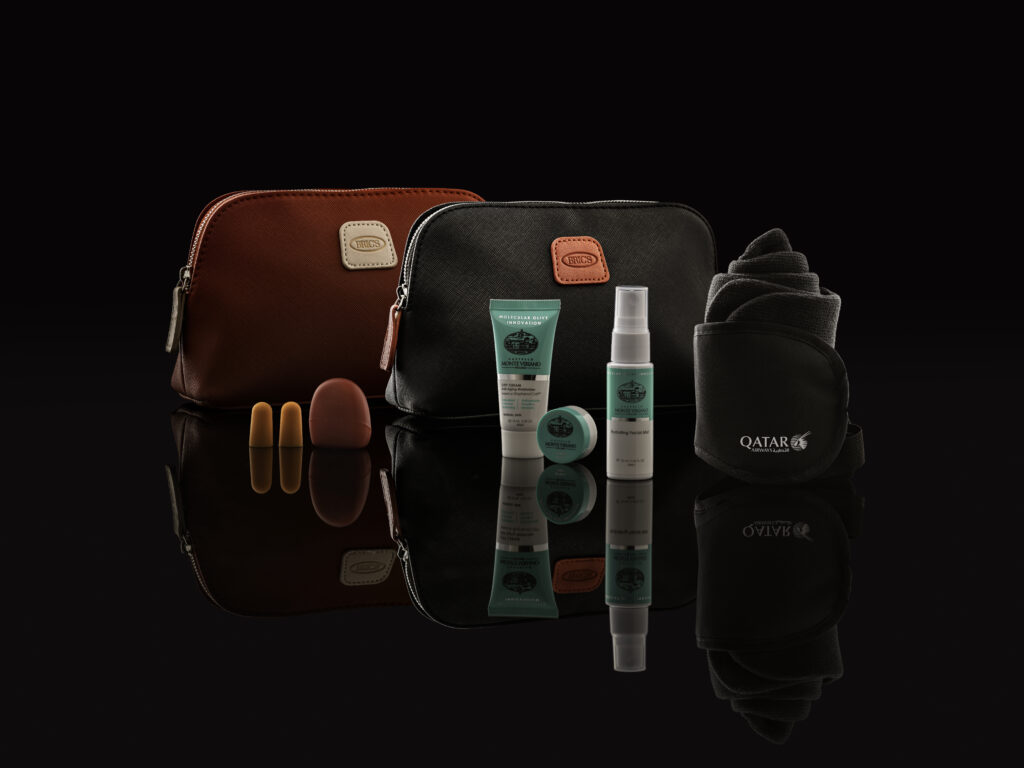 My only gripe is that the flight time to Doha is just over six hours, which is not nearly long enough to revel in the experience. By the time I’d eaten myself silly, drunk myself happy, gossiped and nodded off, we were making our descent when all I really wanted was to revisit the menu and gear up for round two.

If you’re travelling in Qatar Airways Qsuite, life really is all about the journey and not the destination.