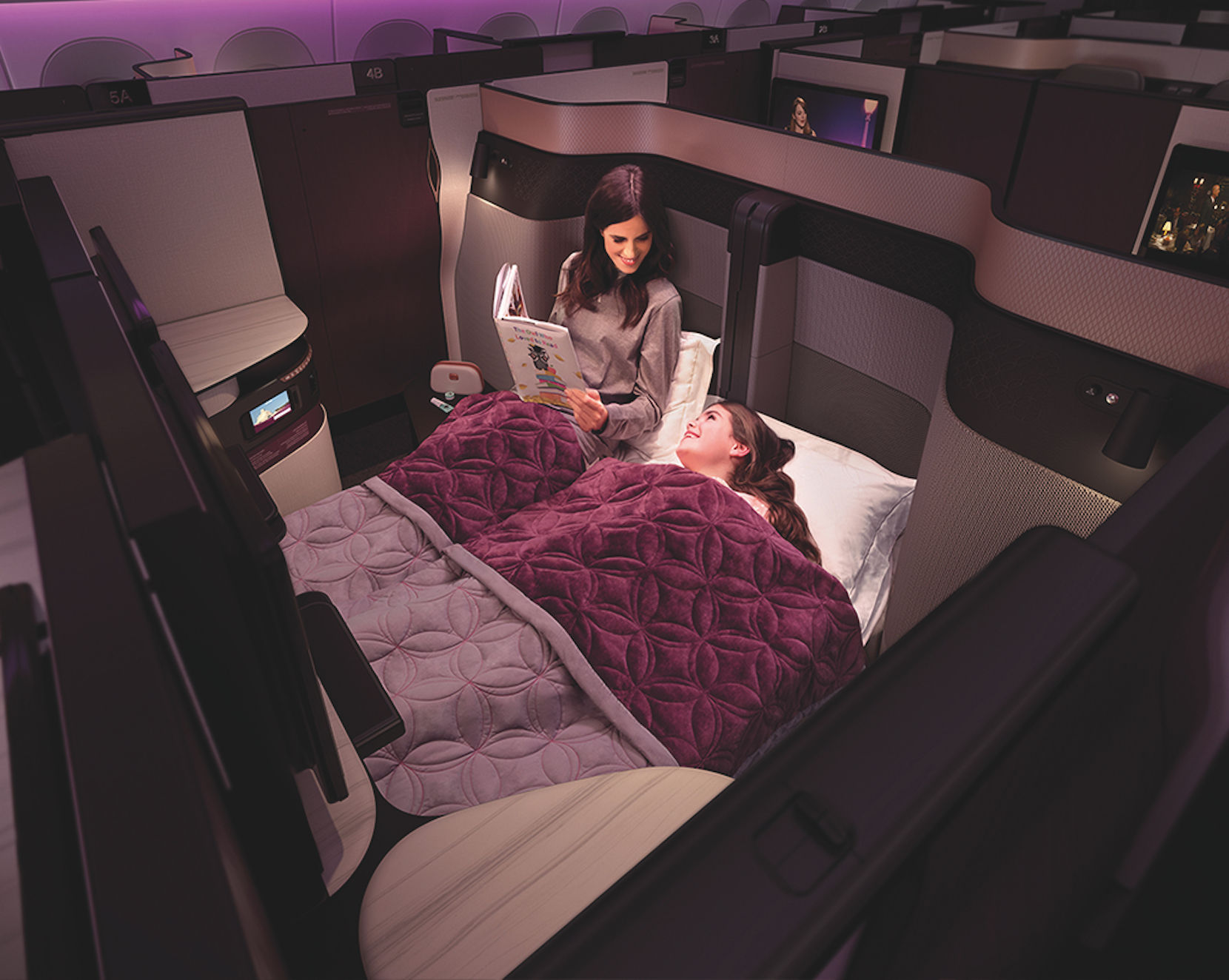 Great news for people who find it difficult to sleep on planes, Qatar Airways has designed a new business class cabin that features seats that convert into fully flat double beds – a first for the industry.

The new patented Q Suite is arranged 1-2-1 across the business class cabin, meaning that window seats are best for solo travellers, while pairs in the middle are for couples. At the touch of a button, these seats recline fully flat to create what is essentially a double mattress. Pillows, white cotton sheets and duvets are provided, as well as “do not disturb” signs.

With two seats facing backwards and two forwards, these central pairs also convert into quads thanks to retracting dividing panels that allow groups to share a meal together or conduct a business meeting. If you want to display your own photos, presentations or movies, you can even plug your own devices into the in-flight entertainment system. 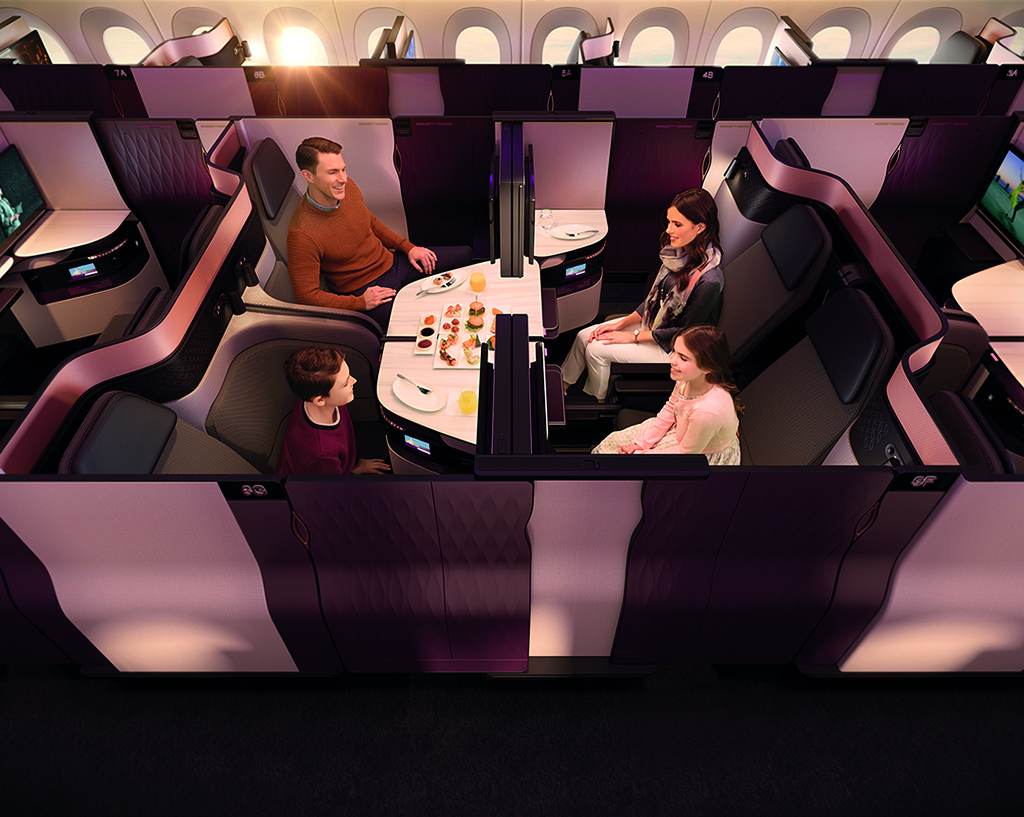 Not only this but the Q Suite has a sliding door similar to many first class products in the sky, meaning passengers have absolute privacy in their own little cabin. The double beds will be fitted on B777s and A350s, with the first being the B777 from Doha to London in June 2017, then Paris and New York JFK.

“This is truly the future of premium travel, and I am delighted at the reaction from our travellers, media and industry experts. In this, our 20th year, I am proud to still be leading the industry in terms of innovation and ambition to ensure we continue to offer our passengers the absolute best in both product and service.” 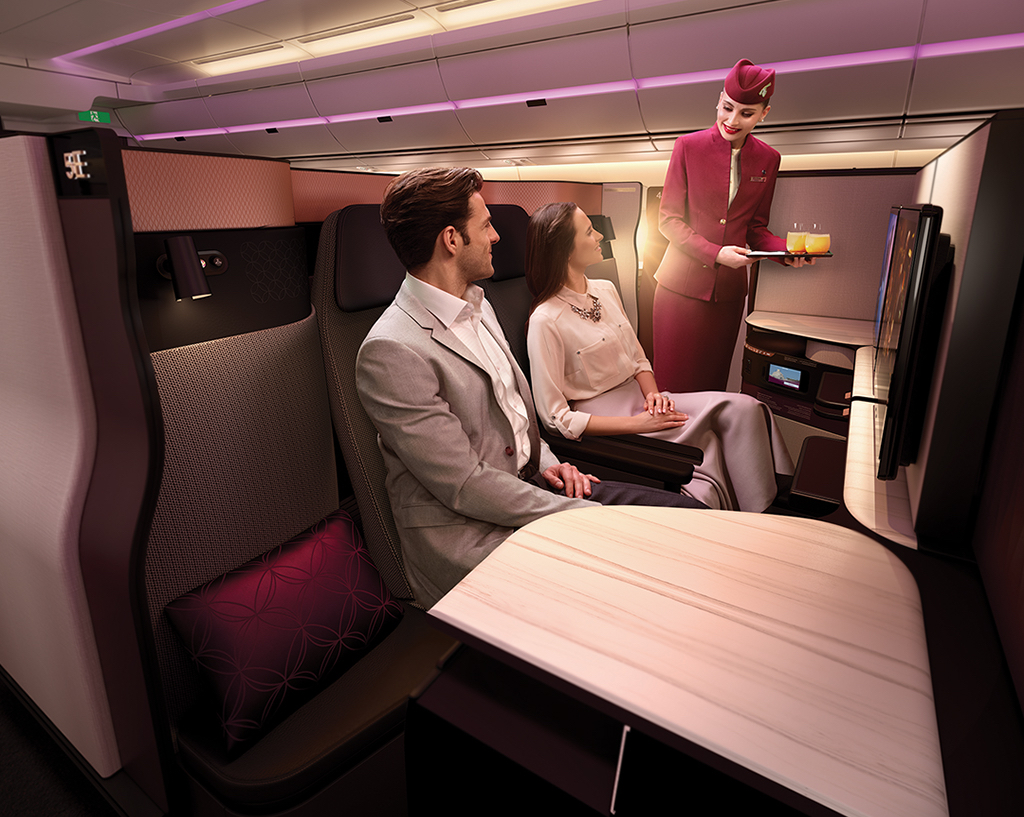 Known for pioneering industry firsts, Qatar Airways is the national carrier of the State of Qatar, and is one of the fastest growing airlines operating one of the youngest fleets in the world. Qatar Airways has a 194 planes flying to more than 150 destinations.

Not quite a double bed (but almost), back in 2010, Air New Zealand launched its innovative Skycouch. Installed on the B777-300ER that flies between London, LA and Auckland, it’s a row of three economy class seats, which have padded footrests that flip up to meet the back of the seats in front to create a flat surface that is five-foot one-inch long (from window to aisle). 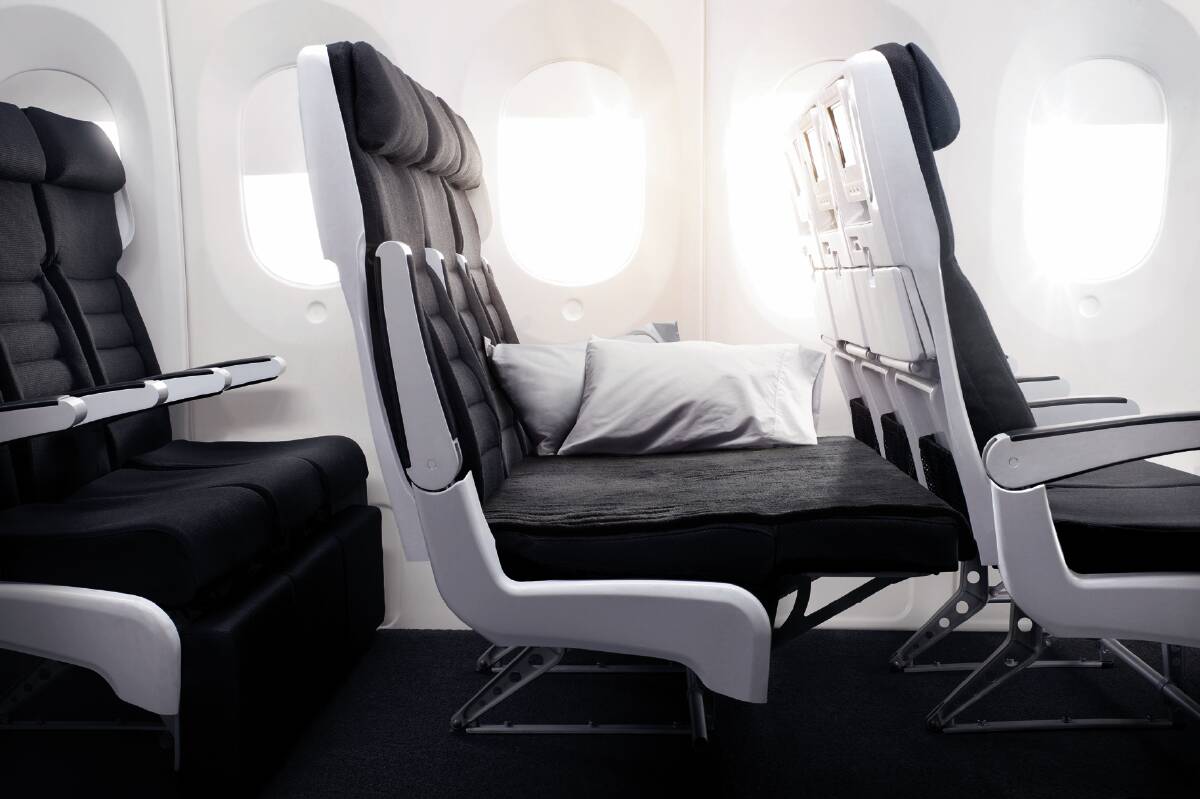 The airline advertises it as big enough for two grown adults on sleep on but in reality it’s too cramped. However, it works well for a parent and child or two adults when one of them is stretched out and the other is sitting up watching a film.

In 2014, after a licensing agreement with Air New Zealand, China Airlines also installed the Skycouch, although it rebranded it as “Family Couch”.

It is the only airline in Asia to fly it, and it is found on its B777 and A350 aircraft on routes between Taipei and Los Angeles, San Francisco, New York, Frankfurt, Amsterdam, Vienna, and Rome.