Fliteboard is a surfboard-style hydrofoil that lets riders fly over water without wind or waves. It’s pricey, though, from US$12,495. Olivia Palamountain reports

Fliteboard is an electric hydrofoil that looks something like a surfboard with a rudder. The difference is that this gadget actually hovers over the water and can be used without wind or waves to fly through the air.

Emission free, wake free and virtually silent, Fliteboard’s environmentally friendly watercraft are made of premium materials and hover approximately 70cm above the water. Speed is controlled by a hand-held Bluetooth remote.

A compact yet powerful emission-free electric motor is powered by one of the best marine grade smart batteries available, giving freedom to ride for more than 90 minutes. 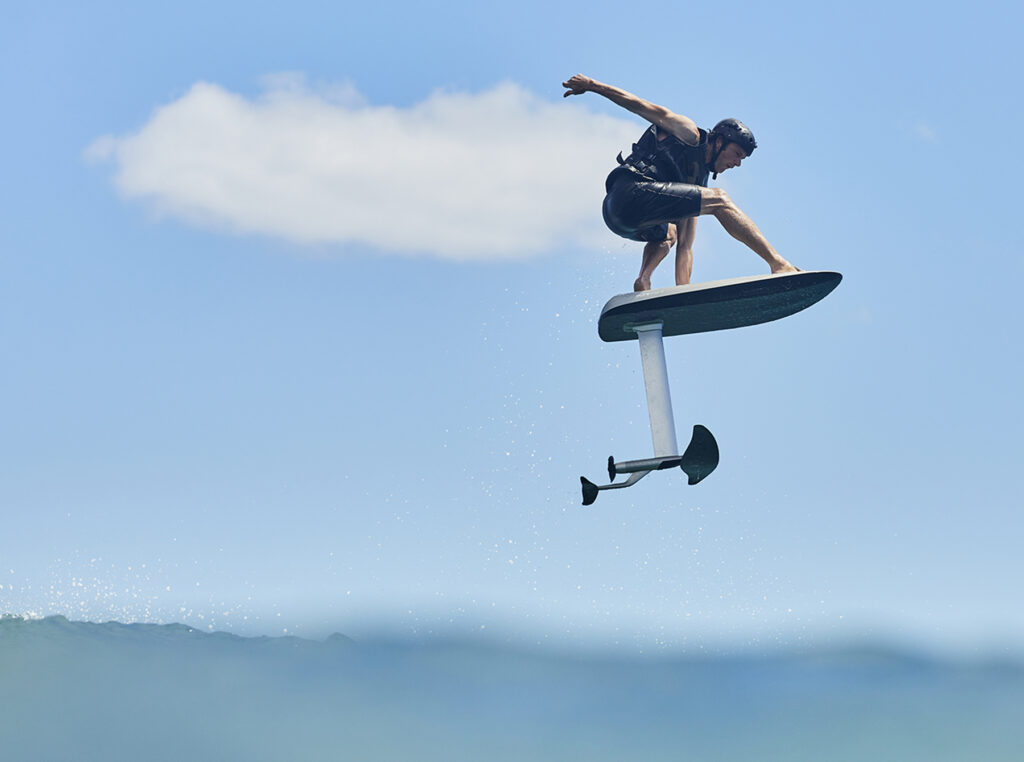 Series 2, the new generation of Fliteboard, offers improved performance across the range; from beginner-friendliness and stability to advanced carving and manoeuvrability. It costs from US$12,495 via the Fliteboard website. 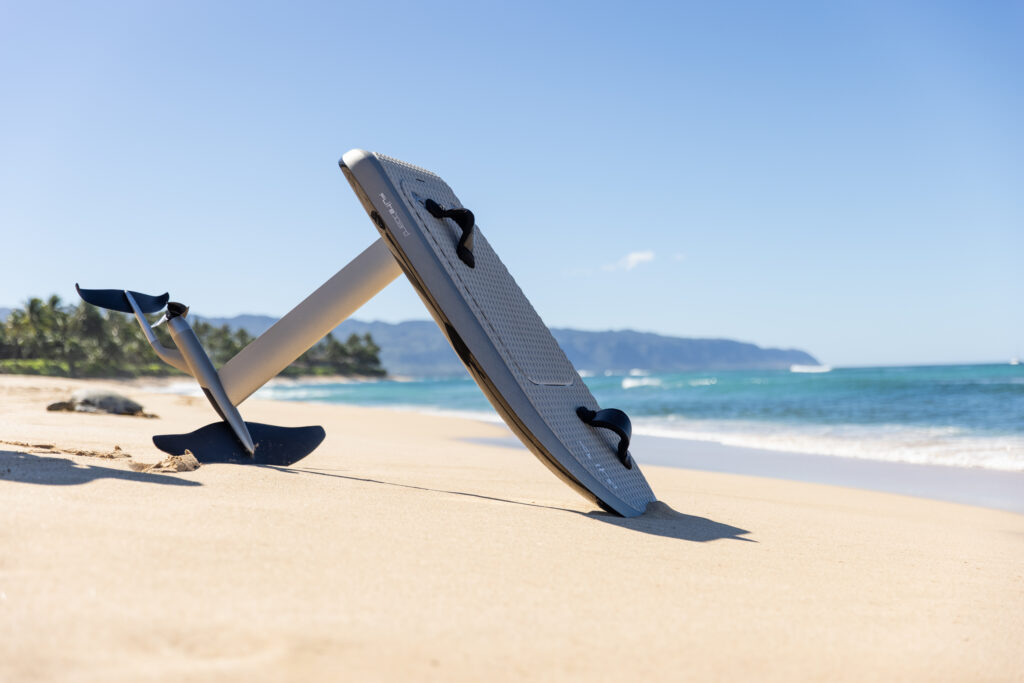 The range includes the Air, Pro, Ultra and an updated version of the original “Fliteboard”. The company itself was founded by David Trewern in 2016, a serial entrepreneur who grew up surfing and windsurfing before smashing kite-surfing world records as a pro. 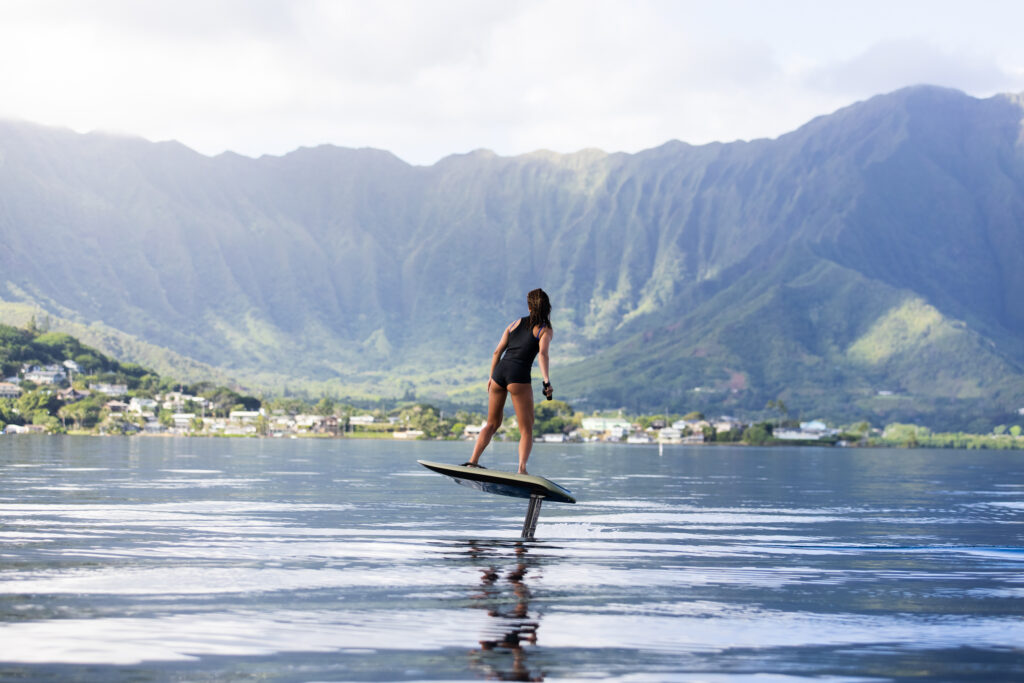 “I became captivated by this vision in my mind of a self-propelled, electric-powered flying surfboard,” says David.

The kitchen became a workshop, and the 3D printer went into overdrive. Dozens of prototypes later, and Fliteboard flew for the first time. 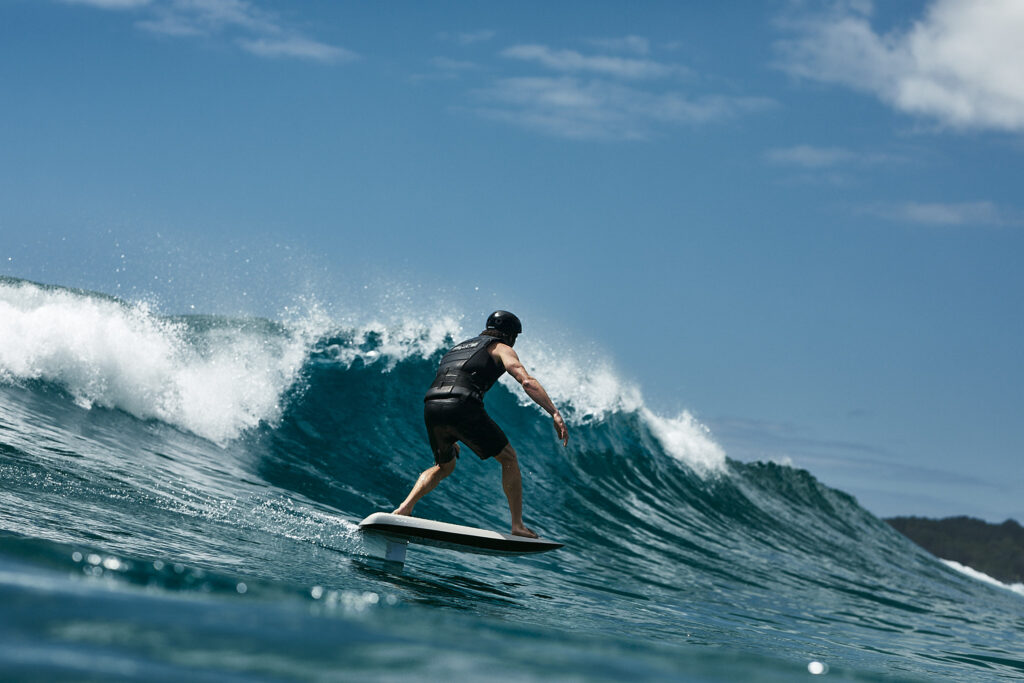 “Within the first few seconds, I knew this was something magical. The feeling of freedom was like nothing else. This would revolutionise water-sports.”